HomeComics/MangaMANGA REVIEW | "My Master Has No Tail" - Volume One

MANGA REVIEW | "My Master Has No Tail" - Volume One 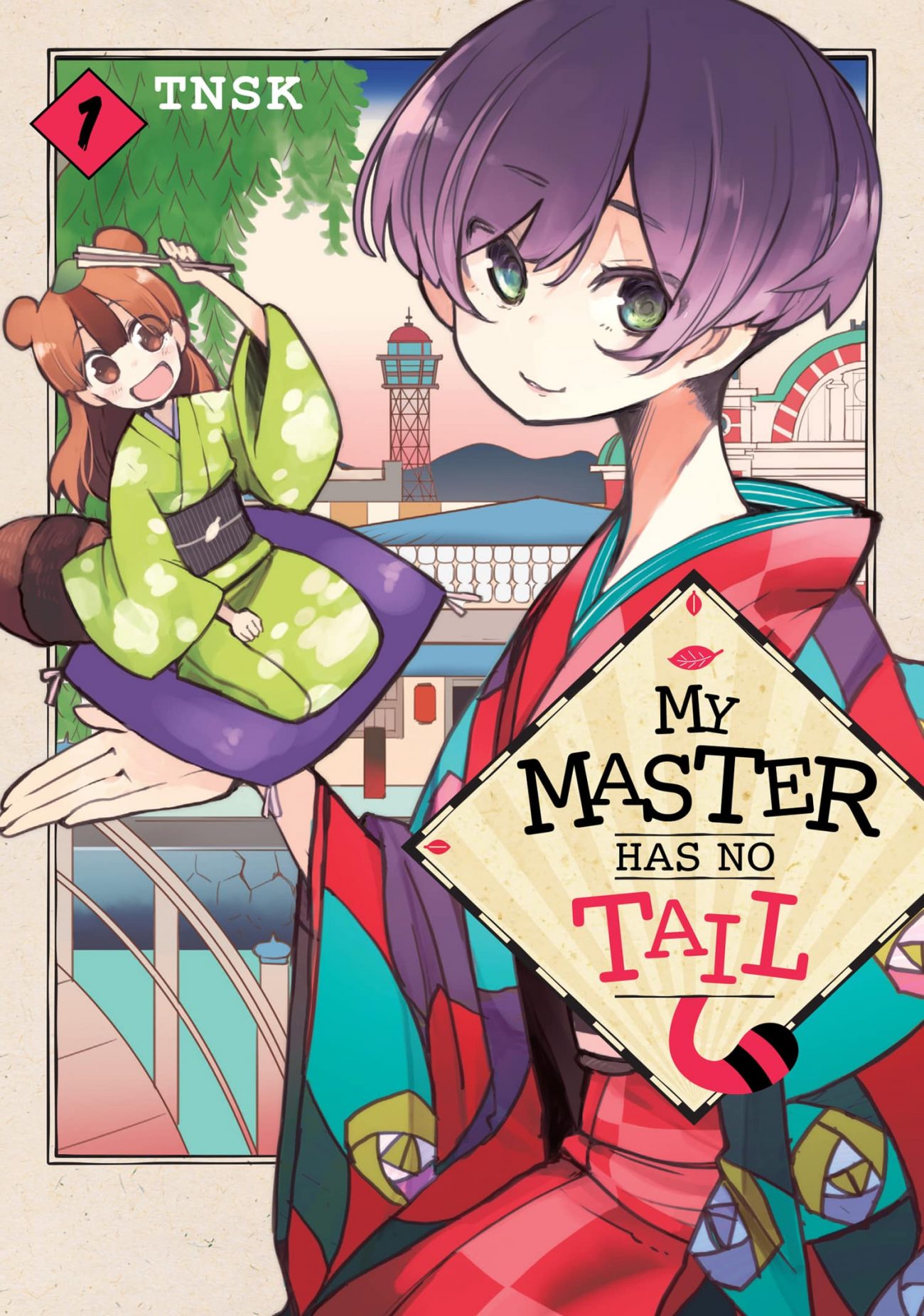 MANGA REVIEW | "My Master Has No Tail" - Volume One

How does one describe Rakugo? The Japanese performance art is a mixture of many things. It has elements of stand-up comedy and storytelling, all with a keen sense of showmanship. You don’t just listen to the performer; you’re dragged into their world. Their narrative spins you in many directions, until it reaches that final punchline that comes out of nowhere! TNSK’s My Master Has No Tail — which will be getting an anime adaptation later this year — showcases this art form in the best way possible.

The story follows Mameda, a troublesome tanuki who can’t help but pull tricks on humans. However, her ways of tomfoolery aren’t the keenest, with almost everyone seeing through her schitck. One of those folks is Bunko, a local Rakugo performer who warns Mameda to go back home. But when Mameda watches her performance, the tanuki becomes enchanted by the art form. 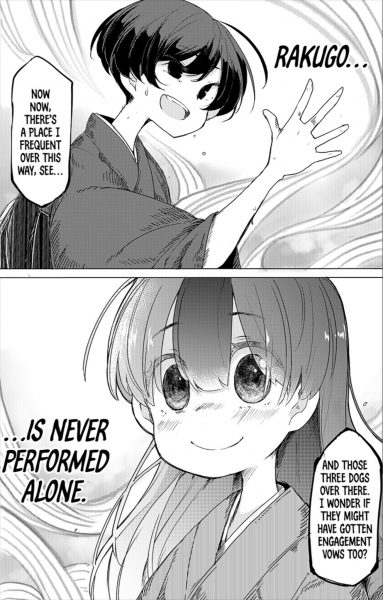 Soon Mameda finds out about Bunko’s true identity, one of that of a ghost. After a stern talking to and some heartfelt botherment, Bunko reluctantly allows Mameda to bear her Rakugo apprentice. While being her at-home maid, Mameda is taught tiny tidbits about the performance, as well as becomes acquainted with some of the other performers. The more Mameda learns, the better she understands what goes into a single Rakugo performance.

A great thing that My Master Has No Tail does is show how Rakugo is done. With Mameda representing the reader, Bunko demonstrates what to do in order to craft a good performance. It’s not just telling a story; it’s how it’s presented. The way you tap on the wooden kobyoshi, how one pounds their fan, and even certain words must be presented with a flow that makes for a good rhythm. A story isn’t the only thing with beats; the one spinning the tale must also have them! 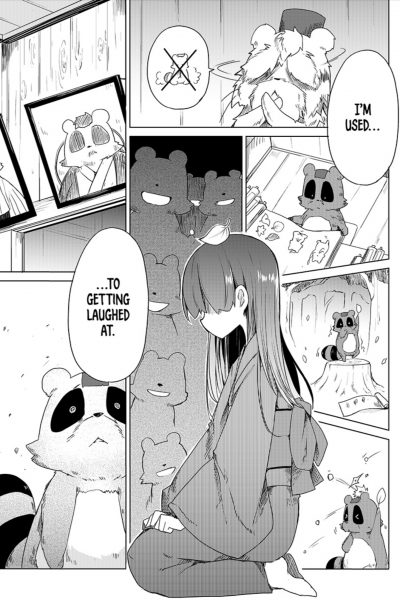 There’s also the relationship between Mameda and the other performers. It’s clear that Bunko will be very hard on the tanuki, both in her teachings and the chores she throws her way. But even when she’s folding kimonos and cleaning the house, Mameda is unwittingly learning the importance of presentation and moving to a certain beat. Even before she learns how to speak a tale, she’s already diving deep into how one must be presented.

Readers also are given a taste of what Mameda’s Rakugo performance will be like in the future. A chapter involving performer Shirara being taken by the Kurokoma Clan has the tanuki diving in to save her without a plan. That’s when she beings her take on Rakugo, using a tanuki’s knack for drumming to deliver a very unique performance. It results in even the toughest of Clan members to not just be enthralled by the tale, but literally start dancing to it! 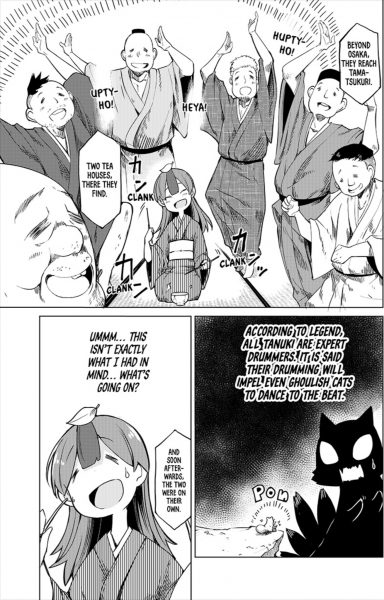 The world of My Master Has No Tail is showcased with a great mixture of beauty and cartoonish elements. The old townscapes have a tremendous amount of detail placed into it, while the characters are presented with strongly cute features. Mameda’s tanuki form is also adorable, as her look mixes both cuteness and cunningness into her fuzzy facial features. But it’s when the Rakugo performances are on display when the art tilts towards a gorgeous presentation.

That gorgeousness is aided by the way TNSK has their characters tell their stories. It brings a lively introduction that’ll easily grab hold of a reader’s attention. But as the performance goes on, it takes the reader by the hand and pulls them even further into the narrative. And just as the punchline is given, it plops you back into the safety of your chair, delivering a hearty laugh and a satisfying sigh. 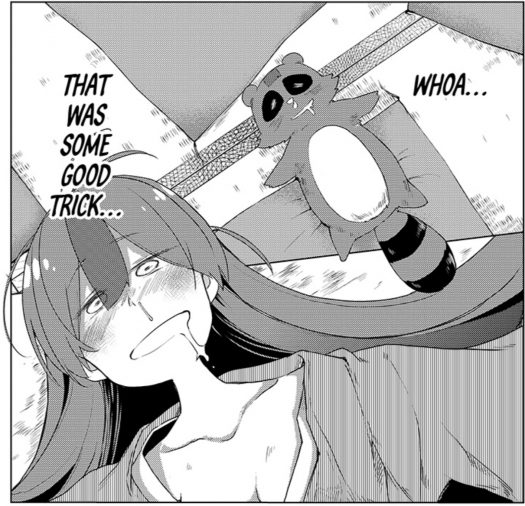 My Master Has No Tail is a masterful story filled with rich history, humor, and beauty. Rakugo may be something unknown in the West, but TNSK’s tale will make it easy to both understand and appreciate its art form. Whether or not Mameda succeeds in becoming a Rakugo performer remains to be seen, but one thing’s for certain: My Master Has No Tail will surely make her journey both entertaining and enthralling!