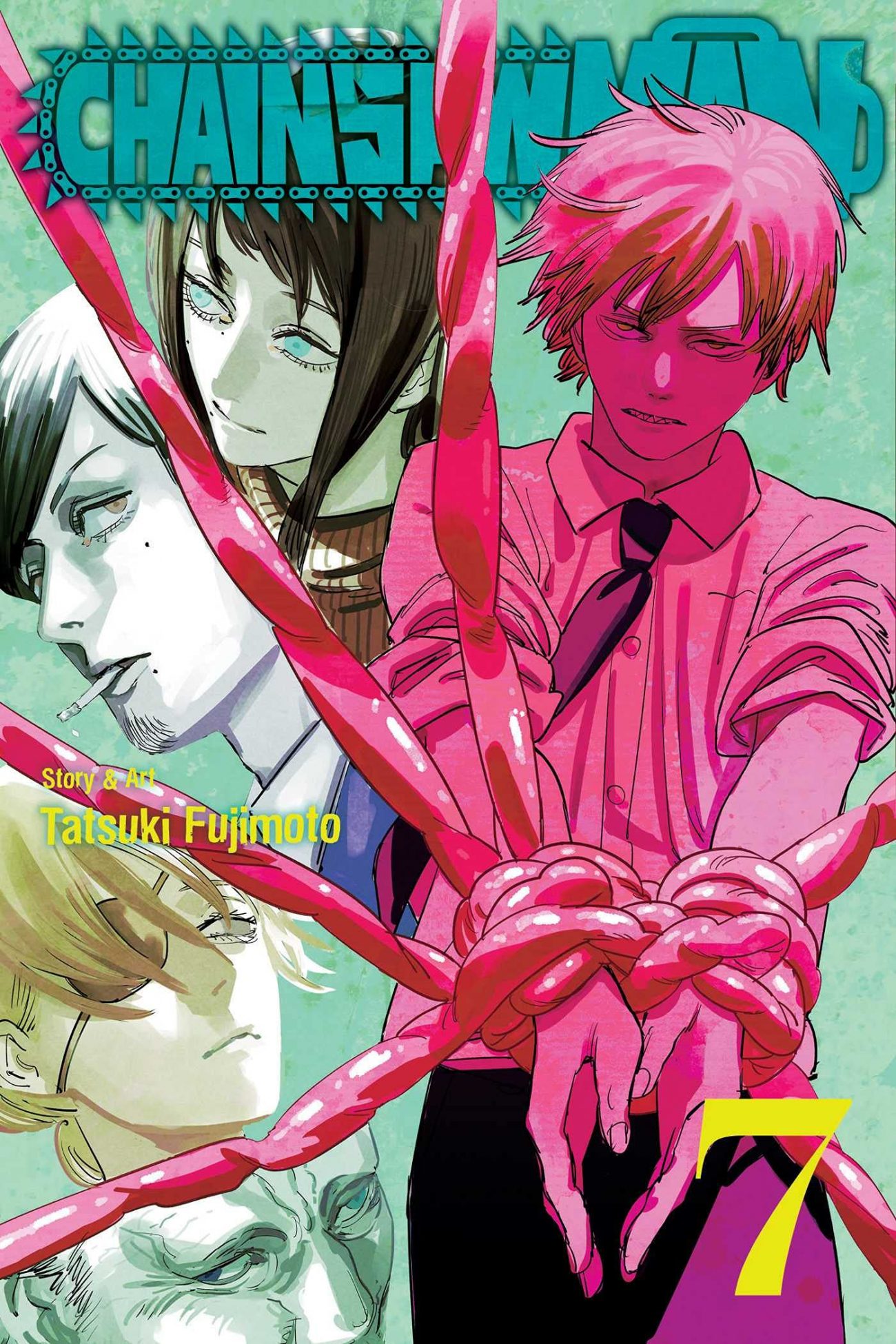 According to Shonen Jump rules, heroes must have some kind of break after an epic battle. Denji is one guy who desperately needs one. After having his heart broken in Volume Six, the hero of Chainsaw Man rightfully deserves some time away from the noise of killing devils and the like. Thankfully, Makima suggests a trip to Enoshima, which kicks Denji out of his funk! With that, the seventh volume of Chainsaw Man can begin with some fun sightseeing and friendship bonding…

…except it doesn’t. Before the vacation can commence, footage of Denji is blasted all over Japanese televisions. Word gets out from all over America, Russia, Germany, and China about Denji’s existence, making him a marked man. As such, Makima orders Denji to keep his head down for the time being. With the news of Denji spreading, three groups of assassins arrive: a trio of American brothers, a Russian hunter and her subordinate, and two others to finally complete the Troma bingo card: a sex-crazed Chinese lesbian and Germany’s twisted version of Santa Claus. 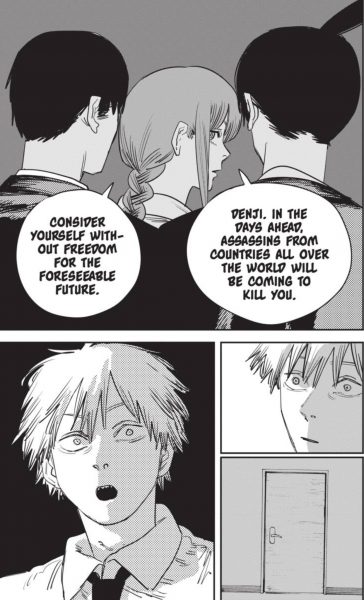 But poor Denji just doesn’t have the heart to care about his well-being. His trip to Enoshima has been postponed, leaving our Chainsaw Man sulking in front of the TV. This is a hero that just cannot catch a break in life, from his poor upbringings to the many friends and loves leaving his presence in utter brutality. Not even Power’s wacky personality can snap Denji out of his sadness. It’s why a breath of fresh air is needed, but Denji can’t be on his own.

Instead, Public Safety keeps many keen eyes on him like a hawk. But alas, there’s mayhem to be had. From Power’s crappy driving skills to the arrival of the assassins, there’s nary a moment of quiet for Denji to appreciate. There is no time to clear his head, with his literal head (and heart) in danger of being taken by those wanting that sweet bounty. If you thought going through a bought of sadness was bad, try dealing with it while other people are trying to kill you! 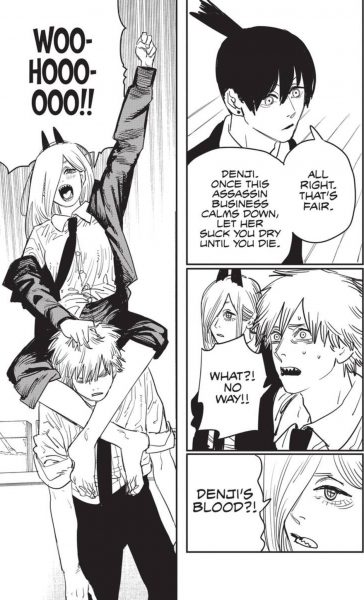 It’s apparent that creator Tatsuki Fujimoto just love to torture his hero. Sure, Chainsaw Man is chock full of action and comedy, much of which Denji is the main recipient of. However, he never gives the Chainsaw Devil a chance to stop and smell the roses. From one point to the next, Denji’s life is just a nonstop barrage of chaos and death. That may be the overall tone of this manga, but one has to be concerned with the mental health of our hero.

Nevertheless, it does give readers the chance to meet and witness some new interesting characters. The American brothers have a Boondocks Saints/Reservoir Dogs kind of vibe to them, albeit lacking the smarts of your average Quentin Tarantino character. German Santa Claus is unsettling, especially with his demands and means of controlling others. When she’s not waist-deep in her sex clique, Quanxi demonstrates her skills with a blade with the slickest of ease. Then there is the Russian duo, whose deal I’m still trying to figure out. 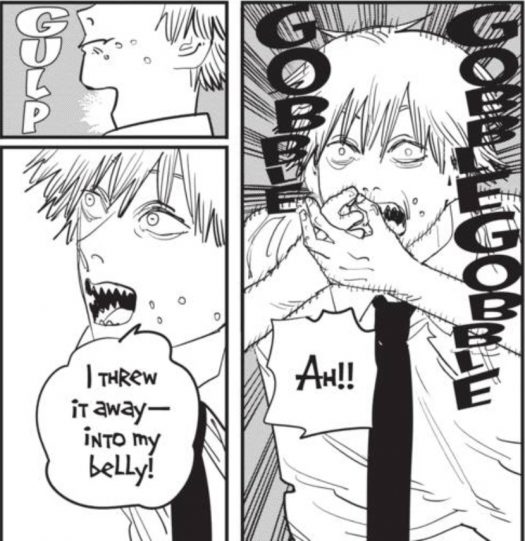 Denji and the rest of Public Safety have their work cut out for them, and Volume Seven of Chainsaw Man sets up what could be a troublesome time. Even though he’s still suffering from a broken heart, it’s clear that Denji knows what’s at stake, so it’ll be no time before he snaps back to his normal self. (After all, you can’t go to Enoshima when you’re dead!) Until then, Chainsaw Man is setting itself up for an ultimate game, where the stakes have never been higher!