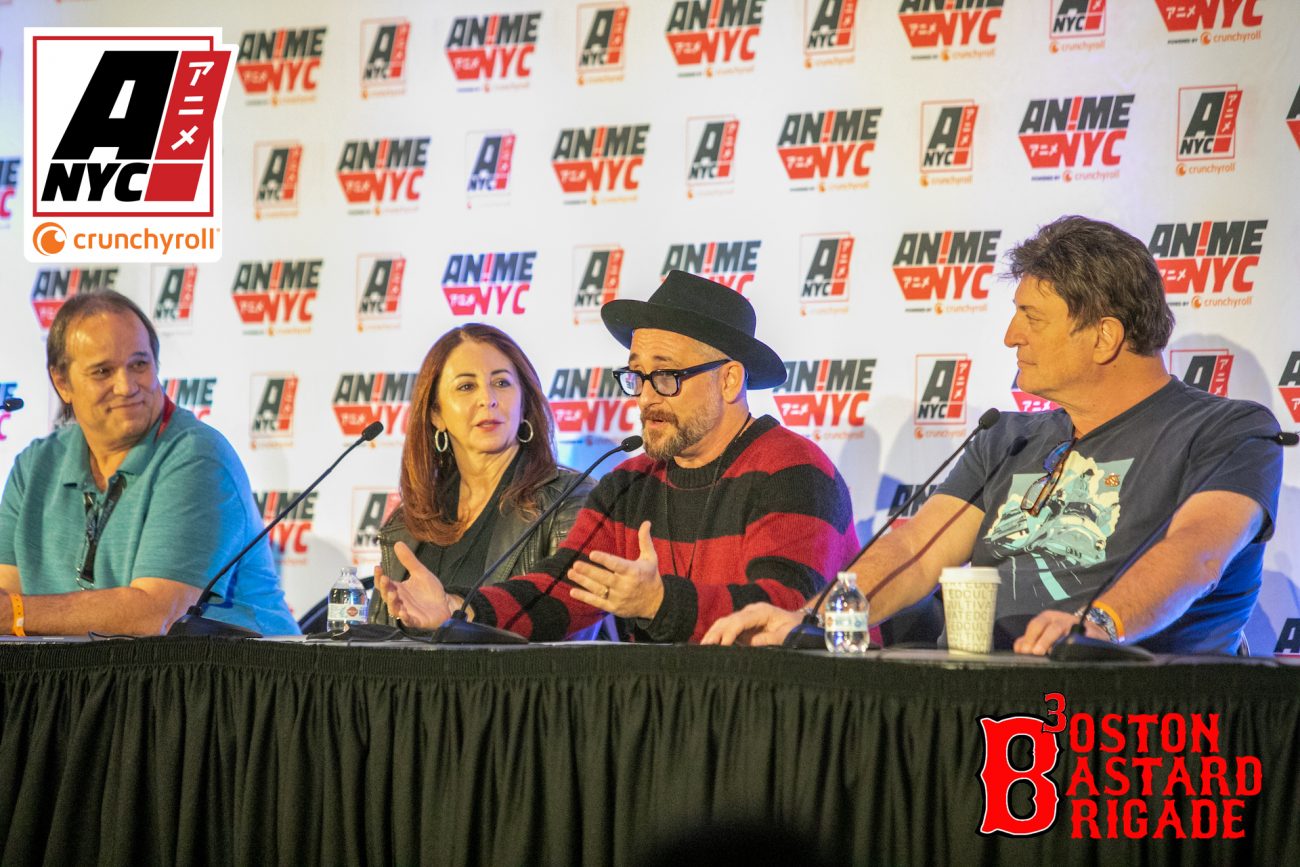 Lupin The 3rd has been around for over five decades, and its popularity shows no sign of stopping. For nearly 20 years, Tony Oliver, Richard Epcar, Michelle Ruff, and Lex Lang have voiced Lupin, Jigen, Fujiko, and Goemon respectfully. Because of this, these four voice actors have been seen as the definitive versions of Monkey Punch’s iconic characters. Joined by Inspector Zenigata’s voice actor Doug Erholtz (who replaced Dan Lorge from the show’s Geneon days), the cast had the chance to reflect on their roles and talk about the latest season.

Moderated by Sentai Filmworks’s Jay Perez, the event began with some playful introductions and ribbing at one another. The questions began with voice acting origins, with Epcar stating that he attempted to get his start doing on-camera work. But it was an opportunity from his future wife to redub live-action actors where his road to this career began. Erholtz got his work started in a Mary-Kate & Ashley Olsen special, while Ruff had an audition set up by a former boss to do voice-over PSA work. Oliver attempted to do music and theatre, but somehow lied his way into doing ADR work that lead him (and Epcar) to do Robotech. Lang dabbled with film & theatre, but it was original Pink Ranger Amy Jo Johnson who gave him a job voicing in Power Rangers. 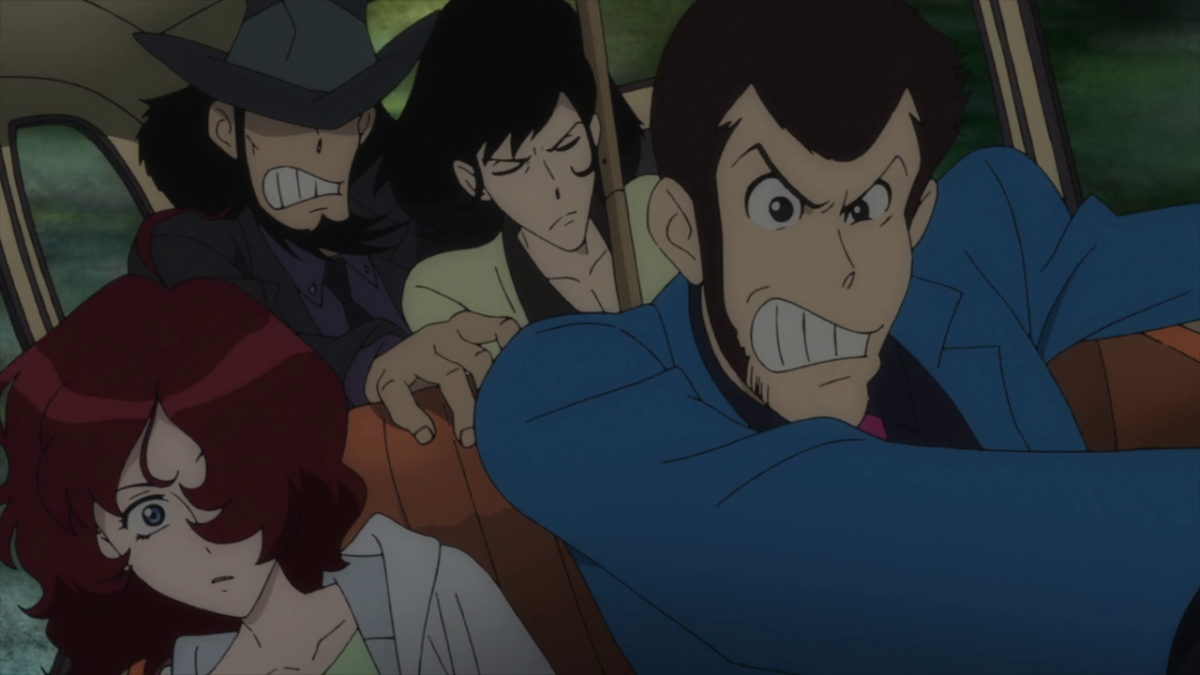 Regarding Lupin The 3rd, Oliver was surprised that he and the rest of the gang are still voicing the characters. Epcar was credited for keeping with the show’s humor, as well as with the original casting. Erholtz, who is still considered the new guy in the group, feels grateful for his part as Zenigata, and said his interpretation was based on both the original Japanese voice actor and “a New York gumshoe”. Lang attempted to bring more personality to Goemon, but the flat-styled voice felt more appropriate for the swordsman.

Oliver initially tried out for Goemon, and was stunned when he got the role of Lupin. It took three times to get the voice right, as he attempted to bring a Jim Carrey or Bugs Bunny style to the performance. Epcar attempted to appease the Japanese side to allow Oliver to play Lupin, with them wanting a “more faster” speaker. Ruff’s Fujiko was inspired by classic Marilyn Monroe performances, while Epcar was hesitant to play Jigen due to him wanting to focus on directing. The cast kept goofing off onstage, which was fairly understandable seeing it’s been the first time in years the cast has all been together in-person. 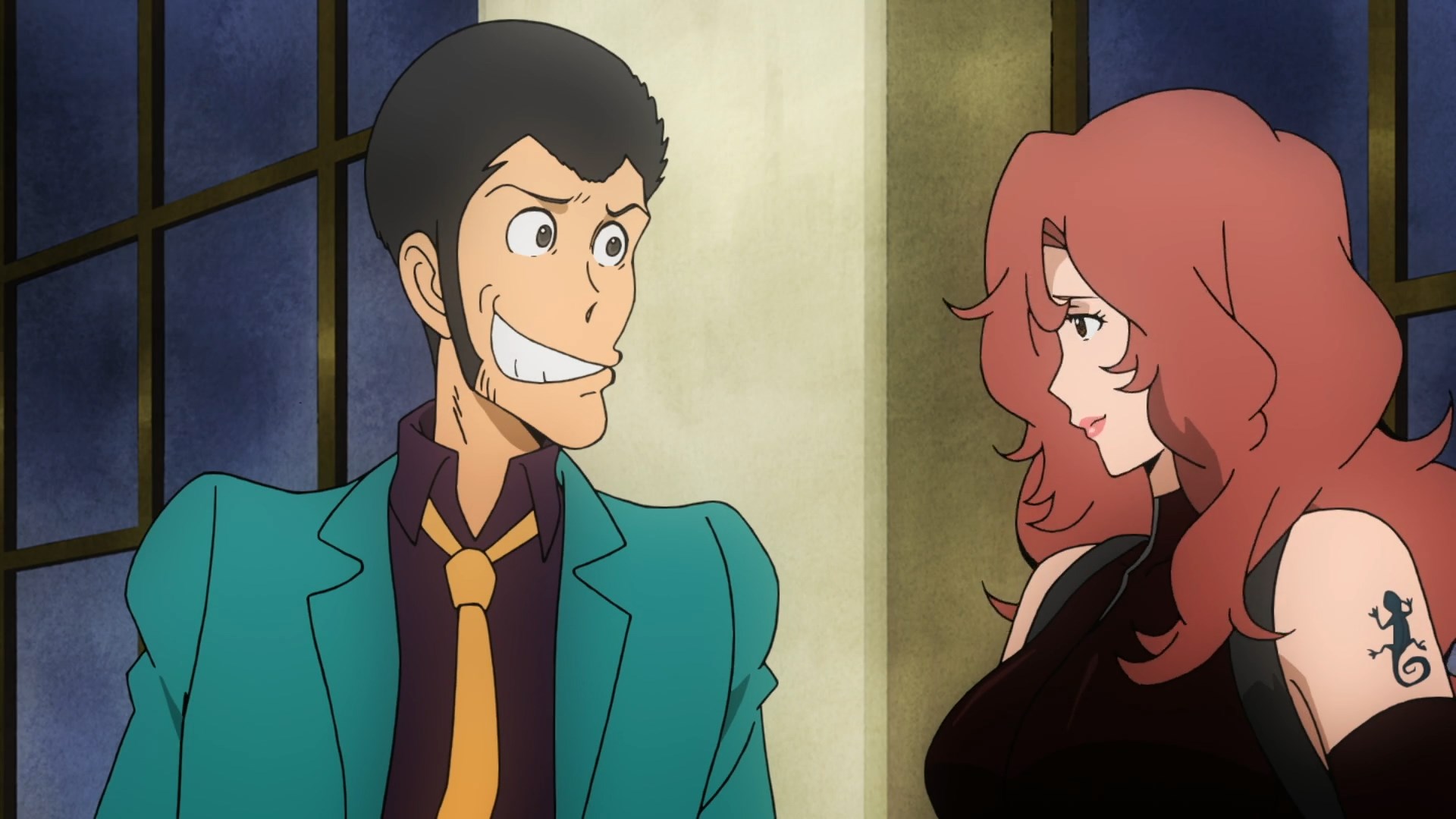 Ruff sees Fujiko as the original femme fatale, with Epcar loving Jigen’s dry wit and stubbornness towards the old ways of life. Erholtz believes that Zenigata is no one without Lupin, as it’s apparent that the inspector doesn’t have much of an exciting life without him. Lang loves Goemon’s zen sense, while Oliver thinks Lupin’s greatness comes from his faux stupidity and lack of shame.

When it comes to recording highlights, Epcar showered nothing but praise for the entire Lupin the 3rd cast. Erholtz and Ruff see the recording process being a lot more fun than stressful, with these characters being more like “second skins” than anything else. The discussion dove into outtakes, which evolved into how the producers wanted outtakes for every episode. For an equal to Zenigata, Erholtz thinks that the inspector needs a dog, according to his son. (Yes, Paw Patrol has something to do with it!)

Epcar bluntly denied that there’s a better marksman than Jigen, while Lang said he’d cut diamonds with Goemon’s sword. Oliver thinks the only thing Lupin can’t steal is the sun, while his true intelligent personality is hidden behind a “goober” face. Ruff believes that Fujiko is capable of anything and everything, going so far as to learn what she needs to accomplish any mission. The cast would also love to see an origin series of the Lupin gang, similar in vein to The Woman Called Fujiko Mine.

After Lex Lang bummed the crowd out with the story of the original Goemon’s death, Perez spoke about how impressed he was by all of the Lupin the 3rd cosplay at Anime NYC. With a couple dozen cosplayers standing, it’s clear that the popularity hasn’t waned; it’s grown more as the years have gone by. With a new season in tow and new dubs of old films in the works, that growth in the Lupin fandom will no doubt continue for generations to come!