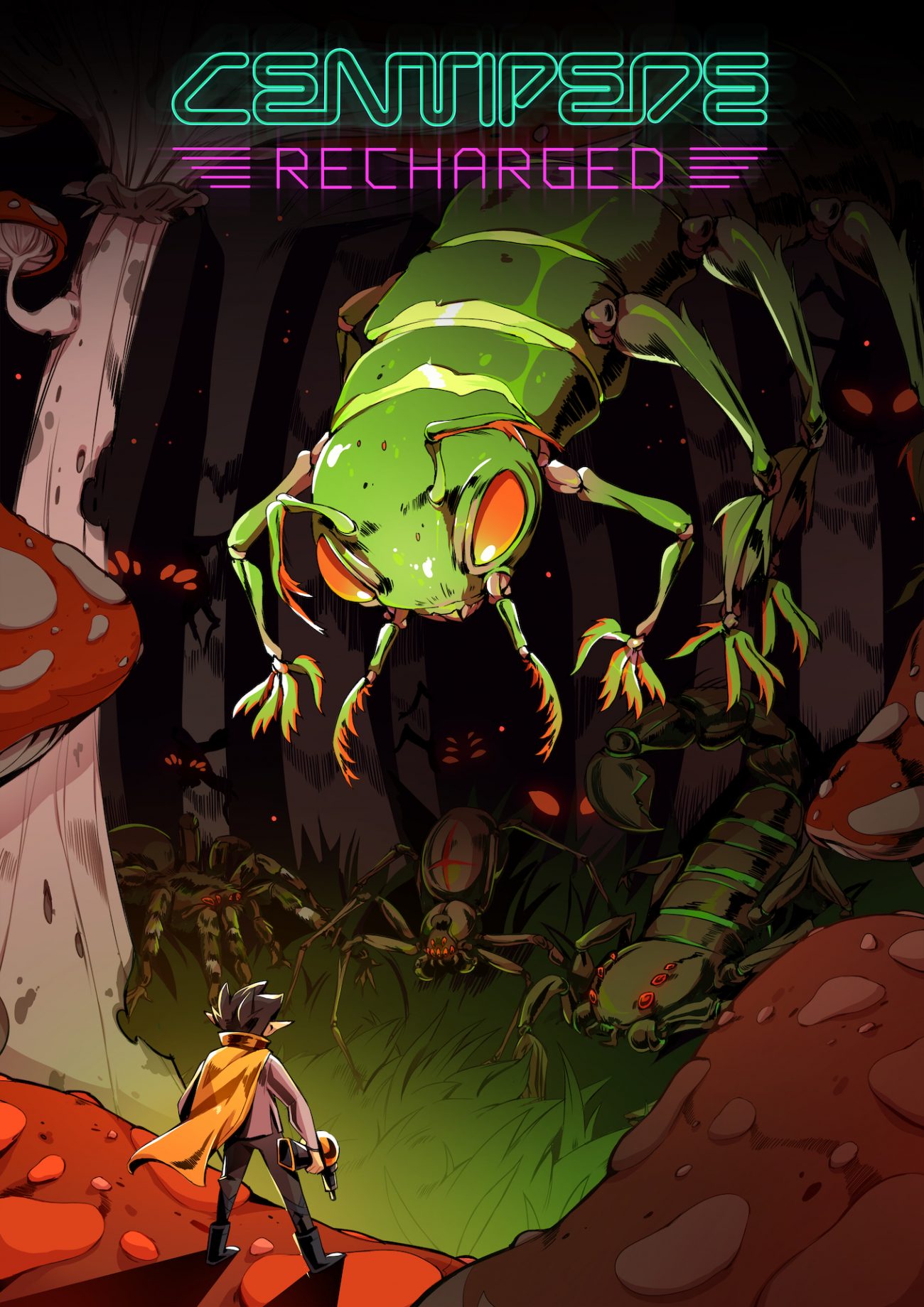 Forty years ago, the arcade scene was first introduced to Centipede. The Atari shooter had a pretty simple premise: kill the bug. Hit the body, and get ten points; shoot the head, and you’ll earn a hundred. If you’re not careful and it reaches the bottom, then more bugs and centipedes will come out and cause a panic. Yet even with this simple mechanic, Centipede was a hit, becoming one of the top four highest grossing arcade games of 1982!

Now in 2021, with all things retro in people’s eyes, it seems natural that Centipede would make a return. As part of its Recharged series, Atari — with developers Adamvision Studios and SneakyBox — the arcade classic returns with more legs on its old-school body. But does Centipede: Recharged offer enough of an experience worthy of all the Chuck E. Cheese tokens? 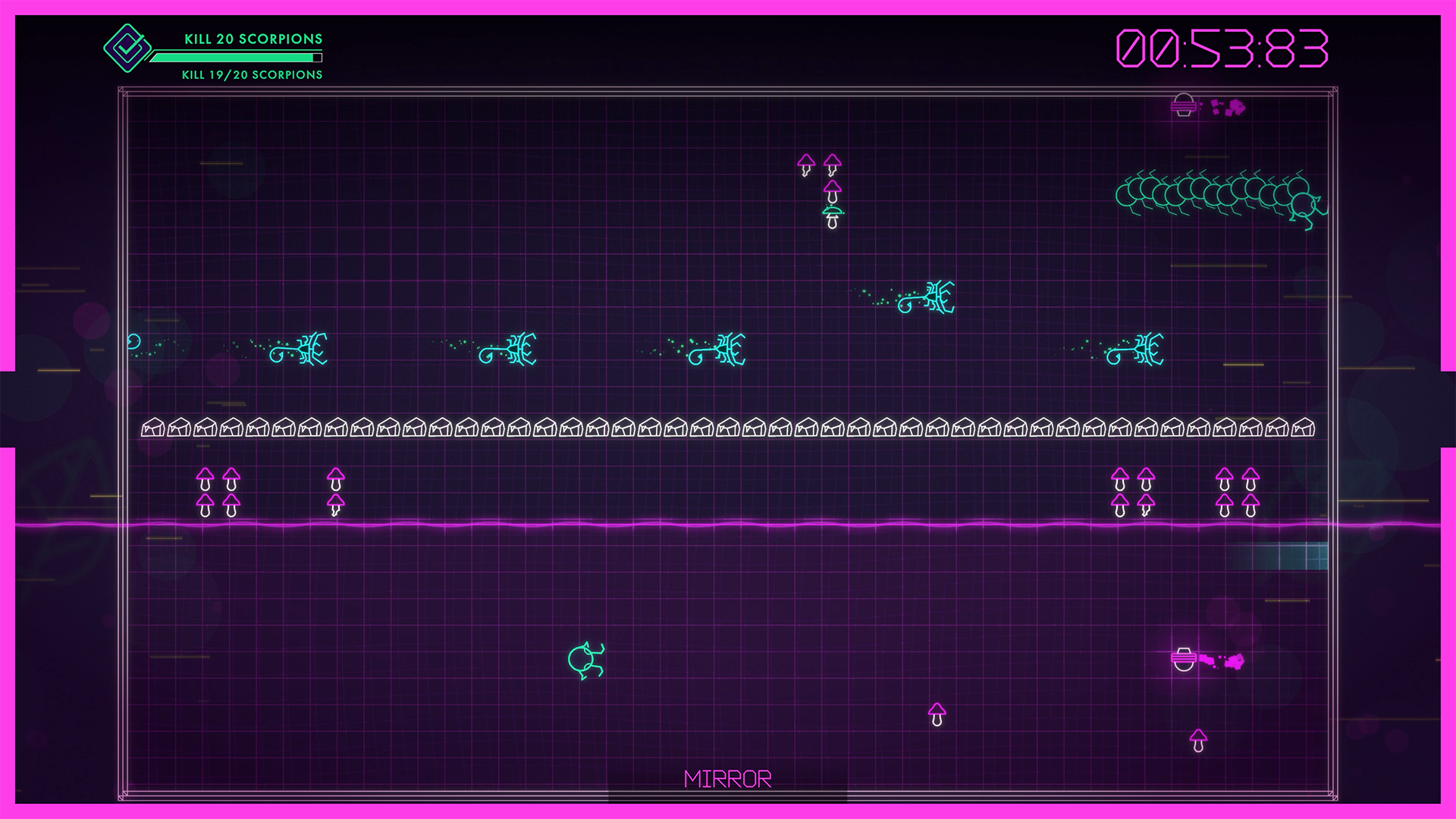 The first thing about Centipede: Recharged that one will notice is its main game mode: Arcade. Just as it was in the original, the object of this mode is to get as high a score as possible. Since it’s connected online, players can share their best scores with the rest of the world, with the top brass earning the proper bragging rights.

With a friend in tow, the Arcade mode can offer a lot of fun. Shooting centipedes, spiders, fleas, and scorpions delivers many challenges, especially when one’s screen is overrun by the insects. New power-ups like rail guns, explosions, and speed decreases can give players the upper hand, but only for a very limited time. It can get difficult quickly, which is why this version of Centipede is better in co-op. 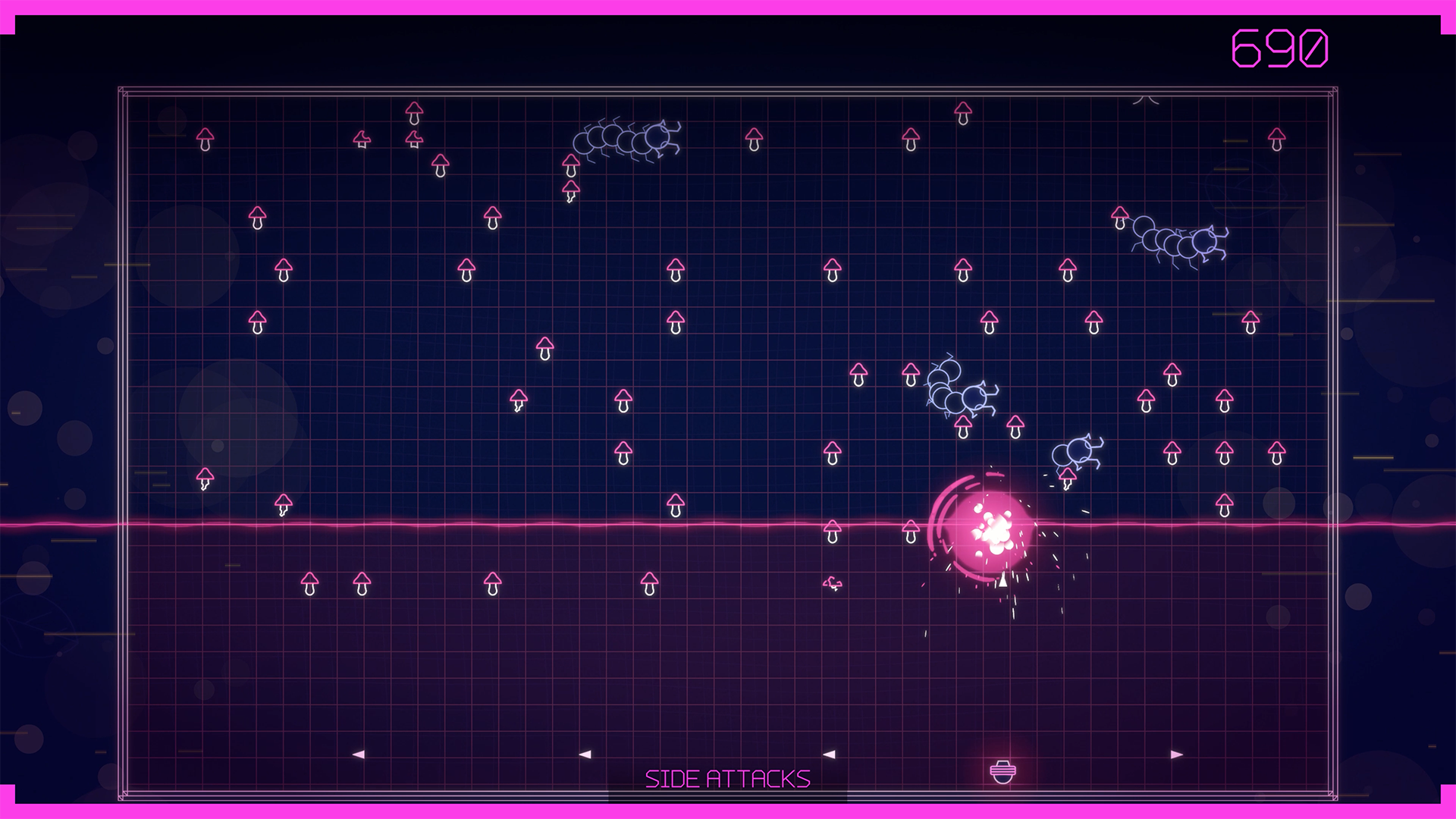 Solo, on the other hand, is a different story. I found that playing the game by myself was far more difficult than with a friend. While the original game was hard as well, there’s a level of frustration here that prevalent in Centipede: Recharged that wasn’t in its arcade ancestor. On top of that, as the main Arcade mode is somewhat barebones, it’s easy to find yourself kind of bored if you don’t have another person playing it with you. As sad as it sounds, Arcade mode is kind of dull when in Player One mode.

Thankfully, the Challenges mode breathes more life into this revamped version of the arcade classic. More time-based than score-based, players must complete various tasks spread out in 30 different challenges. From reaching X amount of score or killing a certain number of bugs to a game of time survival, the different sort of challenges offered add a heaping dose of fun to the original formula. 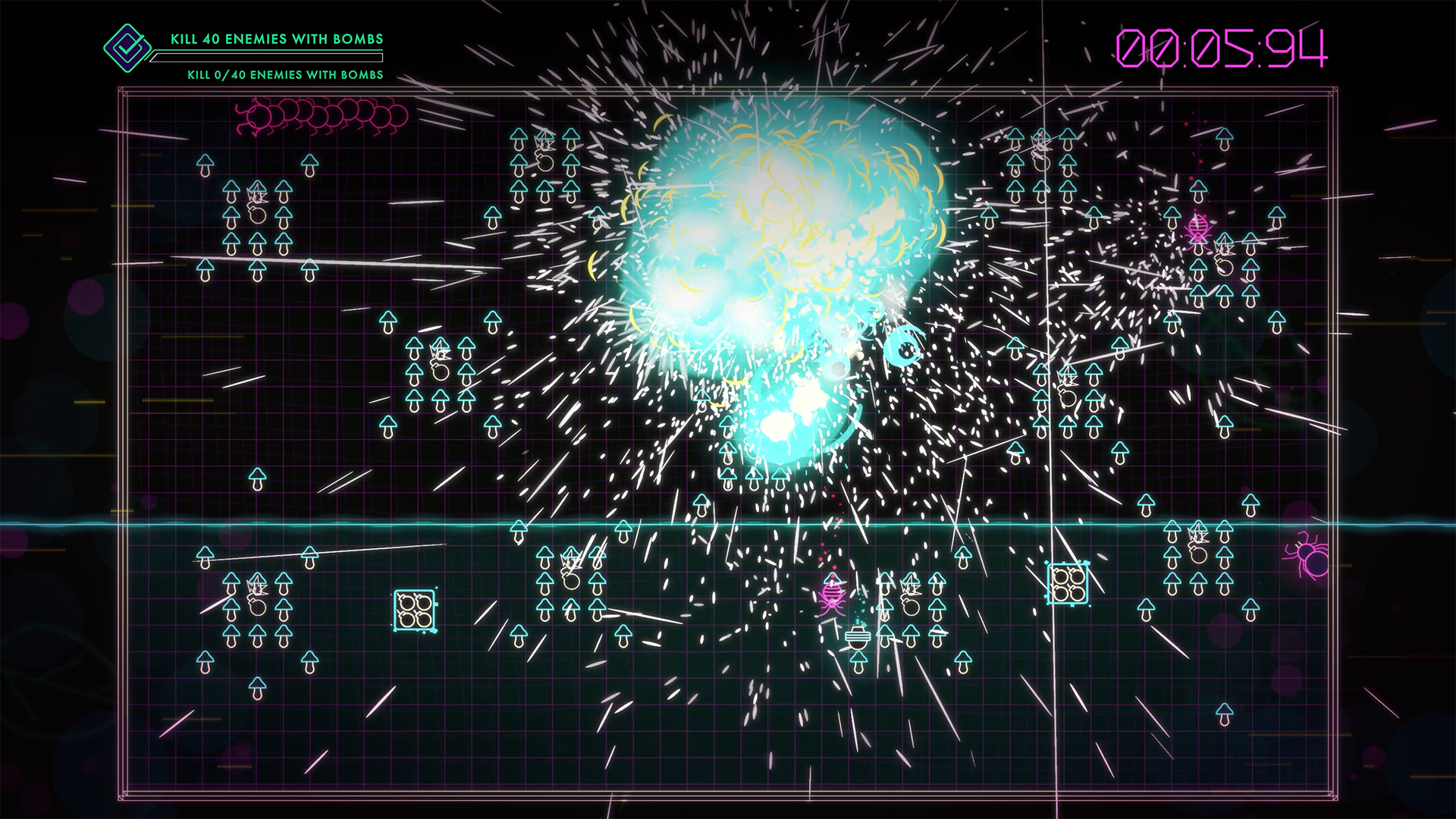 Visually, Centipede: Recharged looks okay for the most part. The mixture of classic styles with more neon colors offers more character to the original game. However, one can’t help but feel it pales to many of the other classic redux releases of recent memory (especially the Taito ones). Adding more brightness to the game is a good thing, but not when it lacks a certain kind of personality to the experience.

I can’t say enough good things about Megan McDuffee’s score, who has been put in charge of all Recharged titles. Its mixture of techno and drum & bass brings a level of excitement to a game reaching its fourth decade of existence. It sounds fresh, but at the same time gives big nods to the retro game soundtracks of old! (Click here to check out the full Recharged soundtrack!)

Centipede: Recharged doesn’t add anything new to the arcade experience, but its challenges give it some extra legs. Tough to play solo and fun with a friend, Atari’s remake of its iconic classic makes for a good kind of buggy gaming. While it’s no Space Invaders Forever, Cenitpede: Recharged still reminds players of why it’s a pillar of arcade origins.