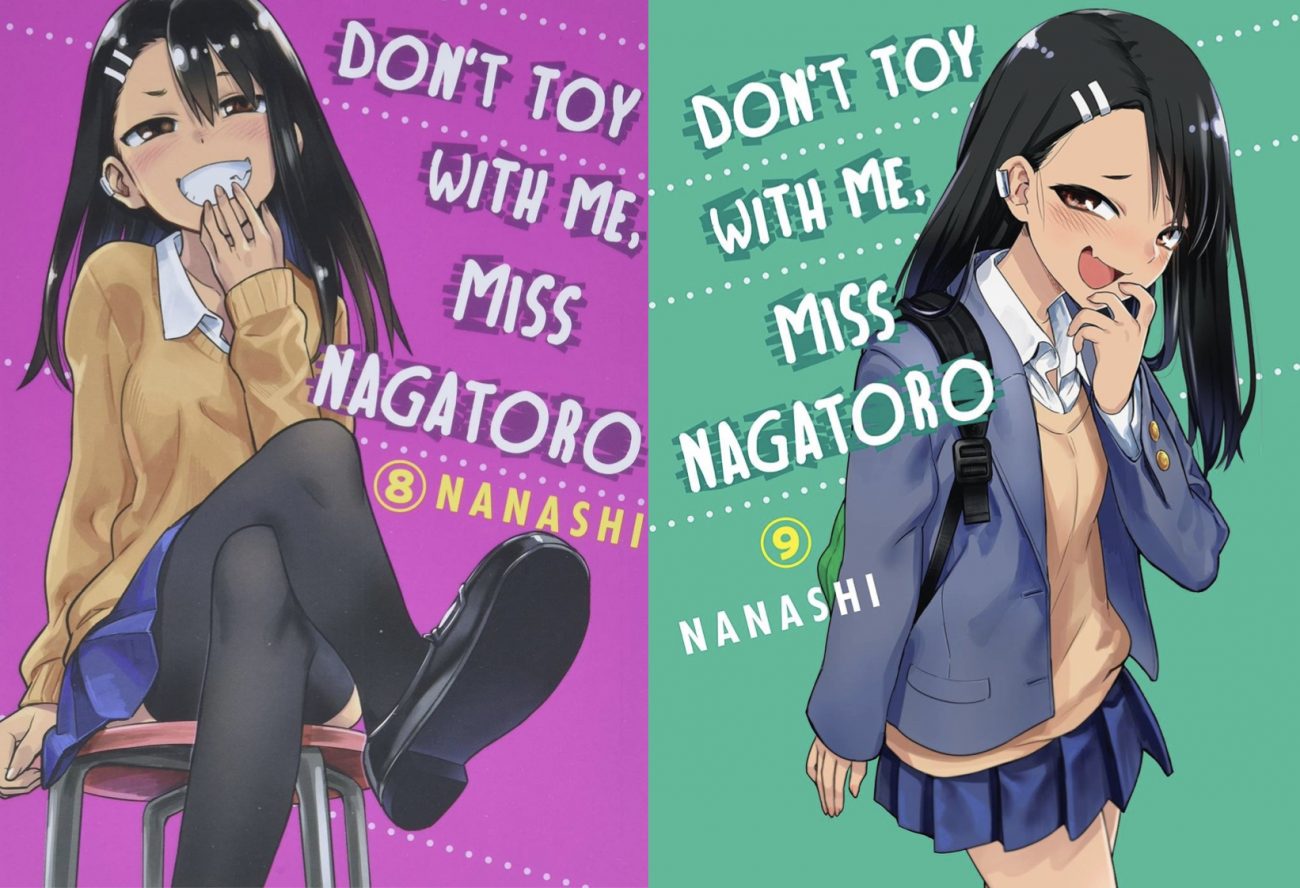 What began as a tale between teaser and target has evolved into one of the greatest rom-coms in the last few years. Don’t Toy With Me, Miss Nagatoro may have started off on a pretty mean path, but the titular star and her Senpai have become the duo to root for. Yet despite their closeness, they still manage to hide their true feelings for one another, even when others know their love is obvious. But in both its eighth and ninth volumes, Don’t Toy With Me, Miss Nagatoro attempts to push that needle of romance further.

In Volume Eight, the teasing occurs during a reading of shojo manga, a school race, and an afternoon visit to the ice cream shop. But when Nagatoro gets sick, Senpai goes face-to-face with her older sister, who begins to pry on his relationship with her. It’s a moment that leads to both Senpai and Nagatoro airing the room with some fighting games, where Senpai attempts to find out one secret about his kouhai: her first name. 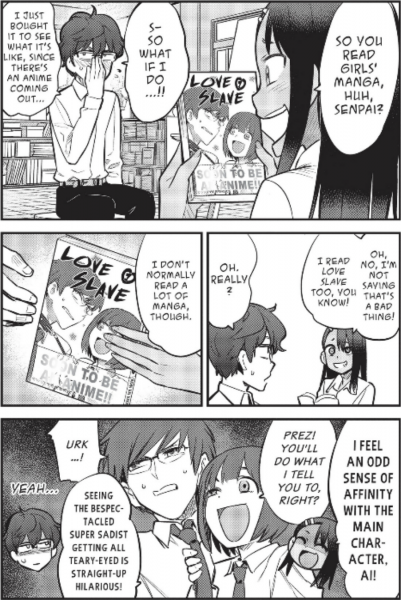 The school race becomes a comical take on The Tortoise and the Hare, with the Class President running in a bunny girl outfit. It becomes a group affair when Sakura, Yosshii, and Gamo enter the scene, as they and Nagatoro push an injured Senpai towards the finish line. Although their intentions are good (and silly), it does lead to a humorous realization once the finish line is in their sights. But it’s not the usual female knuckleheads who take to sinking their teasing teeth into Senpai; that job’s something only a big sister can do!

“Anetoro” winds up being a little bit more promiscuous than Nagatoro, as she prods her way through Senpai’s brain. It becomes clear that the older sister is responsible for the titular character’s teasing ways, as her means of prying are both wicked and taunting. Her mannerisms also cause what could’ve been a sweet moment to turn sour, leaving Senpai and Nagatoro feeling a little frustrating. Yet in the end, the sweeter moments between the two shine bright enough to cushion even the biggest ruined moment. 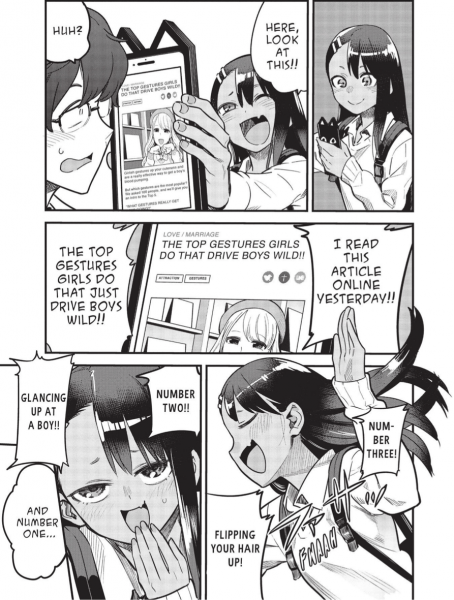 However, it’s Nagatoro’s turn to nurse Senpai in Volume Nine, as he hallucinates about his teaser becoming his wife. It makes things all the more awkward when he returns to school, as a pose Nagatoro makes when he’s drawing reveals a past that the girl wants nothing to speak of. Meanwhile, the Christmas season hits, and Senpai and Nagatoro might have a little something to give one another…

Nagatoro gets the chance to show her sweeter side when she looks out for Senpai when he’s sick. The awkwardness isn’t as strong as it once was way back when the series began, but her nosy ways still find a way to ruffle Senpai’s hair. But when Senpai can’t differentiate between his weird wife fantasy and reality, he winds up spouting something that makes Nagatoro blush adorably! 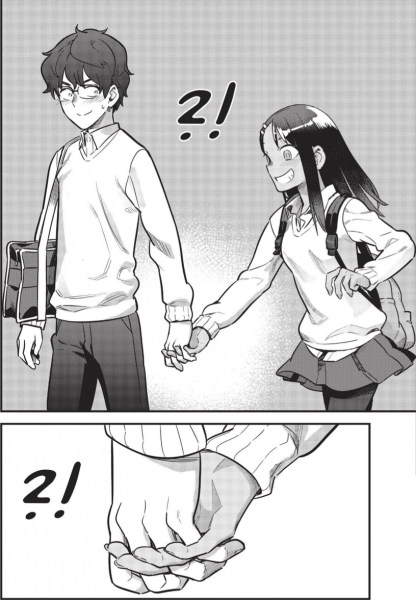 It’s hinted that Nagatoro has a past with a form of martial arts, as it was seen in a medal in her house in the eighth volume. But Senpai gets a chance to see what sort of fighter she once was when Nagatoro agrees to pose for him for another drawing. When Christmas arrives, the two wind up fighting to find the right time to give one another their gifts. With love in the air all throughout the class halls (and even the roof), seeking that perfect moment becomes a far bigger chore than the two could ever imagine!

Don’t Toy With Me, Miss Nagatoro continues onward with its teasing ways, but Volumes Eight and Nine add some fuel to the romance parts. When even Nagatoro’s crew senses their chemistry, the question of whether they’ll get together is no longer an “if”, but rather a “when”. Until that time comes, Nanashi’s series delivers a rom-com whose spicy flavors offer a hint of sweetness any chance it can get.