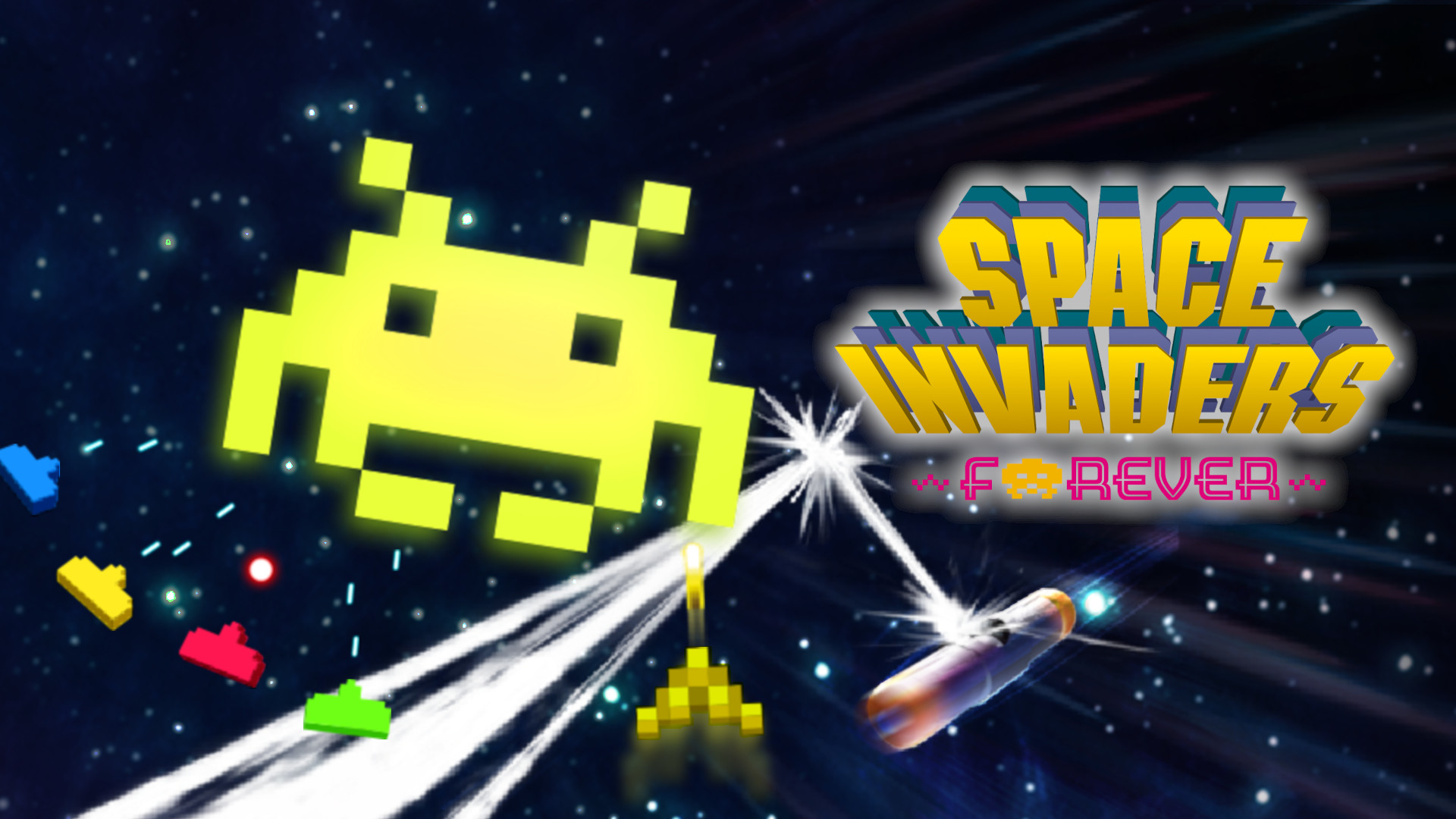 There’s something both therapeutic and endearing about the classic game Space Invaders. When it first came out in 1978, it was deemed revolutionary, paving the way for video games to take over the world. Four decades later, the power of Taito’s creation lives on, in a brand-new collection appropriately titled Space Invaders Forever. Within this package, players see how the game has evolved throughout its lifespan.

Space Invaders Forever brings together three of the more recent installments of the classic series into one neat little package: Space Invaders Extreme, Space Invaders Gigamax 4 SE, and Arkanoid vs Space Invaders. These three titles are chock filled with various levels, numerous enemies, and an arsenal of weapons waiting to deal with the threat from above. On top of that, these three games have their own unique visual style, but with enough of the original vibe that keeps it to the Space Invaders core. 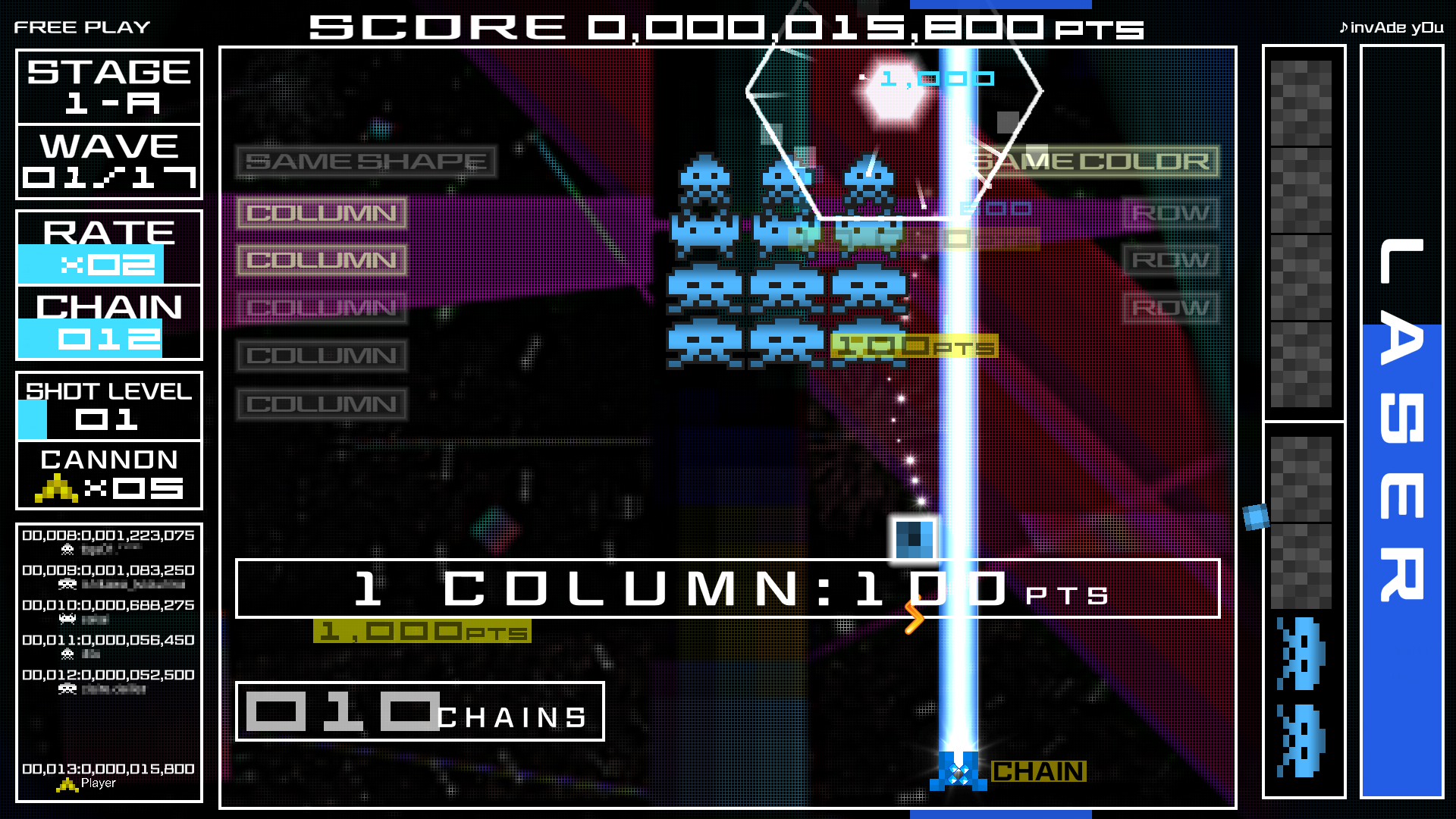 The tone of Space Invaders Extreme is one that’s rave-worthy. It plays like a banging party, with the enemies and like moving and shooting to the beat of the music playing. Often, curveballs will be thrown at the player, with some bonus objectives thrown in out of the blue to boost up one’s score. At the end of the waves of attacks, players will be greeted with a boss battle, which contains their own sort of challenges that make destroying them all the more difficult.

However, despite how hard the game is, it never rids itself of its fun factor. Because of the electronica-styled music and the colorful presentation, one can’t help but feel overjoyed by the action that takes place on the screen. You’ll certainly die a lot and see you high score depleted to a zero on many occasions, but the tone of Space Invaders Extreme is one filled with feel-good grooves and the feeling of trying one’s best. In other words, it’s hard not to be in a good mood while experiencing what this game has to offer. 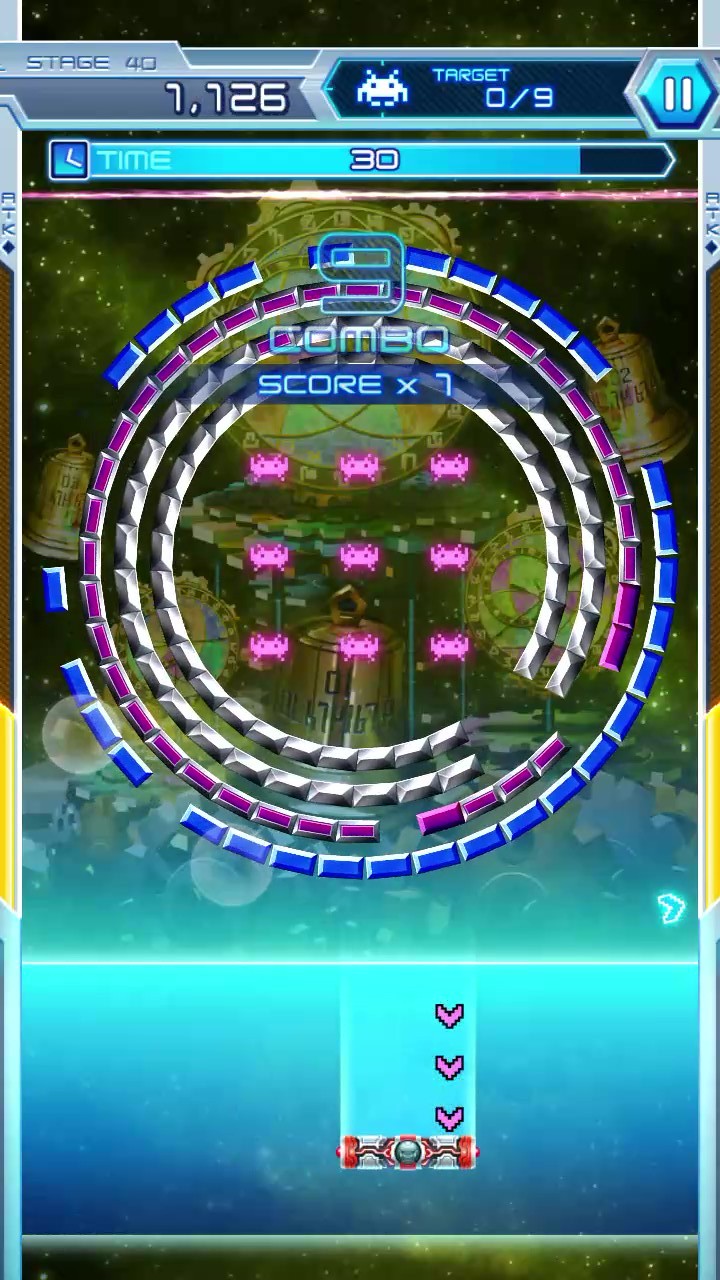 Working as a handheld-exclusive on the Switch, Arkanoid vs Space Invaders is by far the most addicting of the three games. Combining the worlds of two Taito games, the object is to rid all of the aliens and/or blocks before the time runs out. Using touchscreen controls, players move their paddle around the screen to return enemy fire and capture power-ups. Earn enough coins, and you’ll be able to upgrade your copilot with some added fire power and defense.

Playing this variation of Space Invaders is also one of the easiest out of all of them, as it only requires the flick of one’s fingers to play. As such, the game will find no problem with pulling players into its massive 150-level campaign, adding challenges that look harmless at first...until you find yourself running out of time and having one single alien/block left to eliminate. But even when you’re greeted with a frustrated ending, jumping back in to try again is a cinch. One of the big factors of this pull-in is its upgrade system. 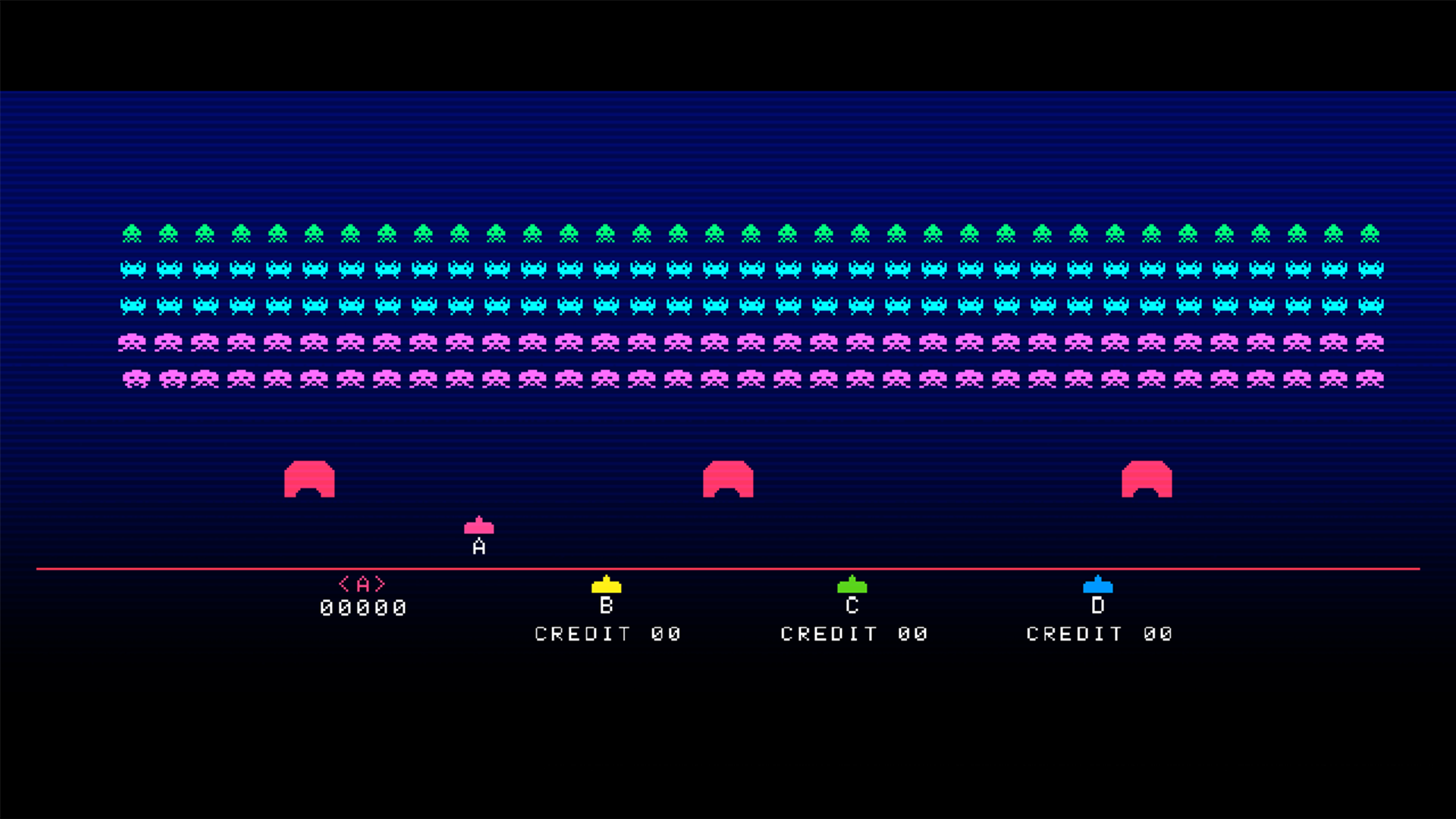 You can attempt to dive into each level without any power-ups, and that’s fine & dandy in the early stages of the game. However, you’ll soon find that you’ll need to drop some coin (in-game currency, not real money) to add either one of 20 partners-in-battle or an extra boosted upgrade that’ll make your attacks more formidable. It’s always good to try going in solo to feel things out first, but once you find yourself dealing with a wall of challenge, you’ll discover that it doesn’t hurt to add a little more advantage to your offensive techniques.

Sometimes, you’ll need actual friends to take on the alien invasion, and that’s where Space Invaders Gigamax 4 SE comes in! With up to three others, players can play a remixed version of the original Space Invaders. It has some of the soul of Space Invaders Extreme, but without some of the more out-of-the-blue objectives. It’s the most simplistic of the three gameplay-wise, but it offers some fantastic challenges (especially in the boss battle side of things).

Space Invaders Forever shows that even after 43 years, Taito’s classic series still can deliver great fun for everyone. These three games offer enough uniqueness to help them stand on their own, while at the same time keep to the core tradition of Space Invaders. The day when defeating evil aliens from above becomes dull would be a sad one, so I for one am glad that the excitement speeds onward with the Space Invaders franchise!