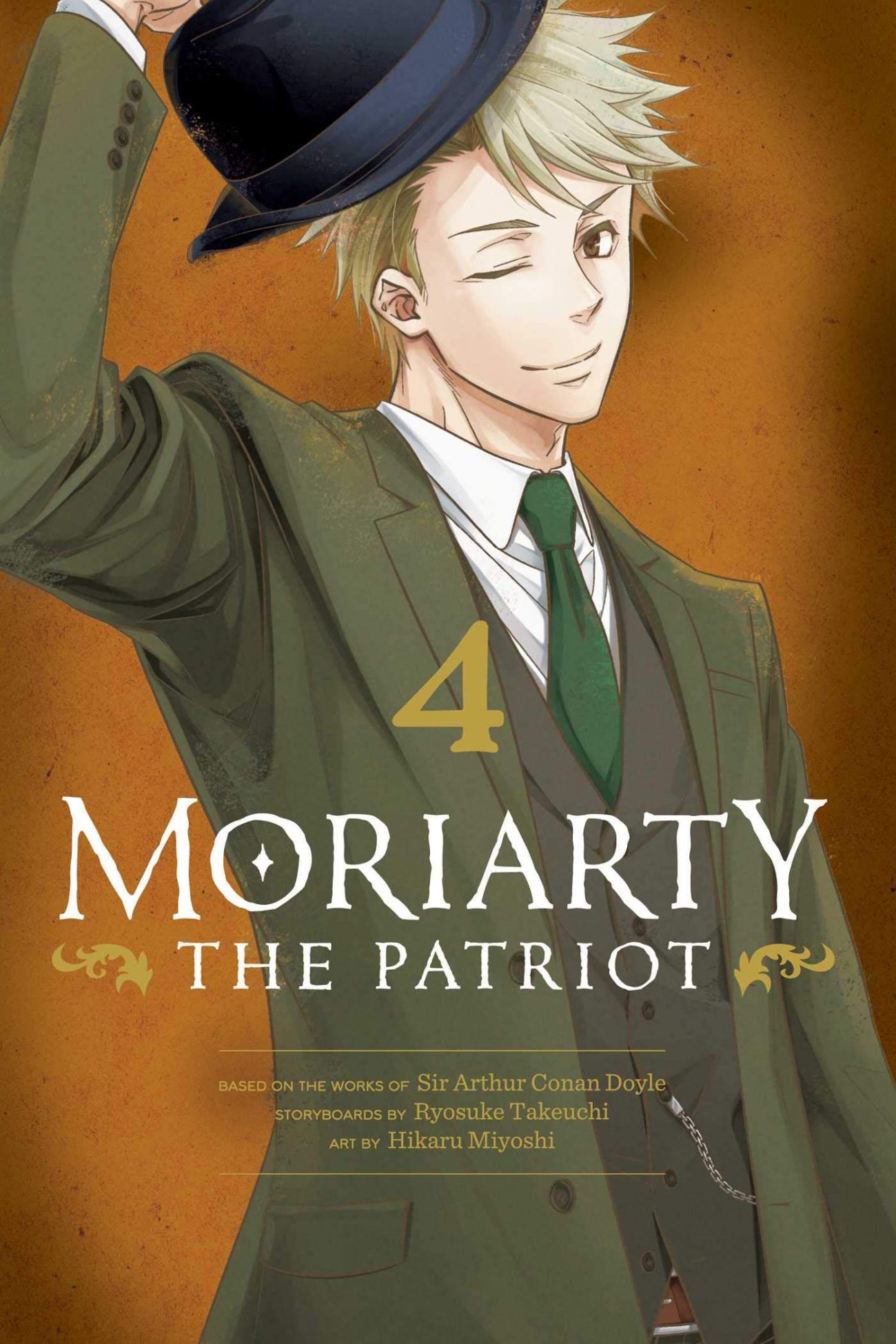 Sometimes fan fiction can go off the rails. In rare cases, it offers a delicious what-if scenario that makes for some thrilling entertainment. Moriarty the Patriot falls into the latter, not only because of its remaining of Sherlock Holmes’s greatest villain, but also because of the other worlds of fiction that invade it. Volume Four begins to dive into another realm of fiction, where events are shaken up rather than stirred.

The majority of this volume is taken up by the story “The Man with the Golden Army”, with Colonel Moran taking the lead. Assisted by Miss Moniepeny, Moran is placed on a mission to end the Third Anglo-Afghan War, which continues to tread on. After infiltrating a factory, it’s revealed that a high-ranking official is the reason behind the war’s endlessness. Worse, the same man may be responsible for a traumatic event in Moran’s life. 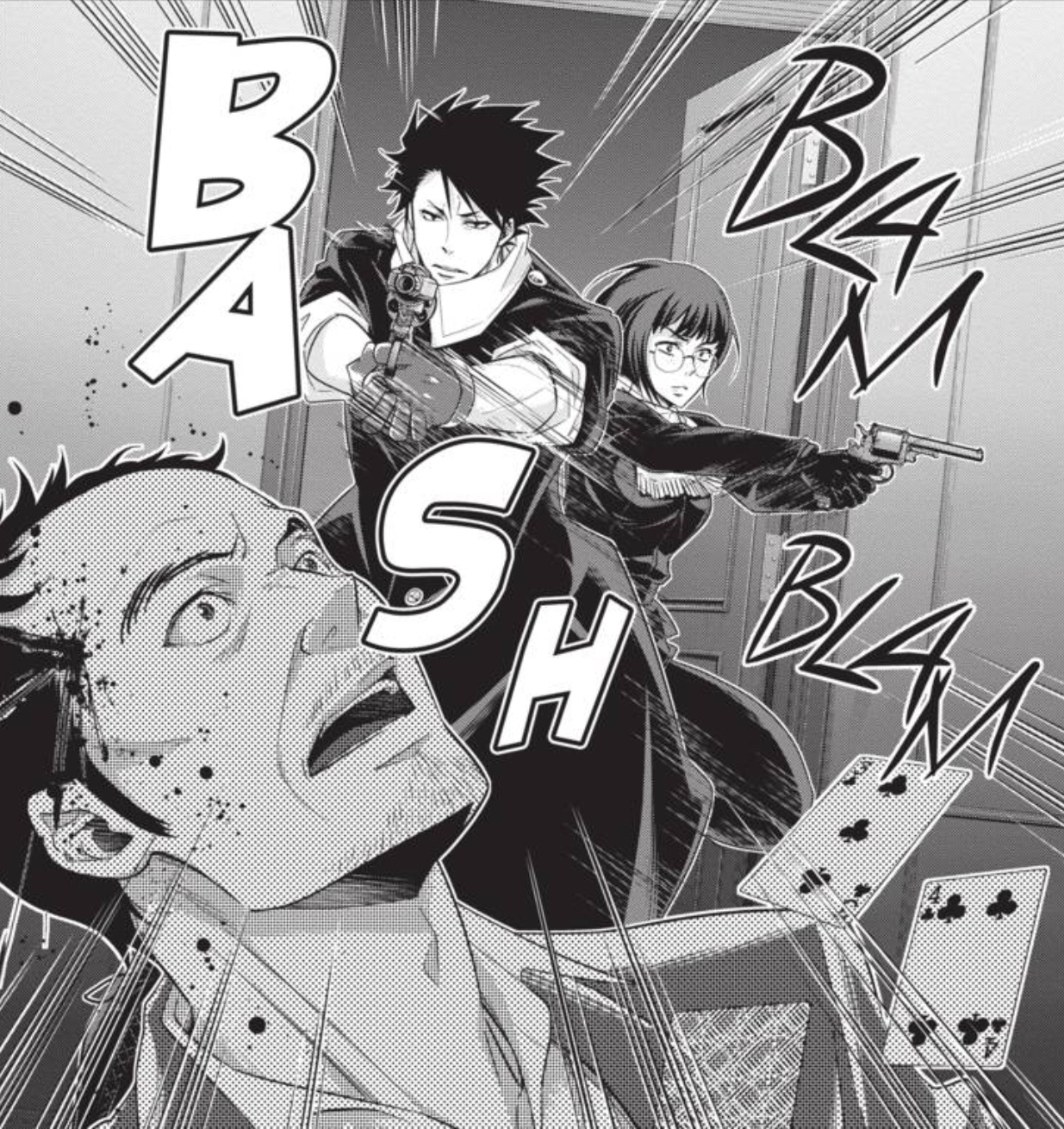 One can understand why this story wasn’t used in Production I.G’s recent anime adaptation. As the juicer elements of Moriarty the Patriot are more in focus when the titular character or Holmes are involved, “The Man with the Golden Army” can be seen as a mere side-story. With that being said, simply calling that takes away from the evolution that Moran experiences not just as Moriarty’s henchman, but also a person in general. As such, this three-chaptered story comes off as a big turning point for an important piece of our anti-hero’s chess board.

It’s when nods to Sir Ian Fleming’s iconic work start to pop out when the story becomes a smiling affair. The creation of MI6, Moniepeny, Que and him referring to Moriarty as “Em”, and the license to kill are all used in such a way that’s both fluid and out of left field. These little nods not only help with structuring Moriarty’s vision of a better London, but they’re also bringing to life the ultimate 19th/20th century crossover! As I’ve said in a past review: it may be fan fiction, but it’s damn good fan fiction! 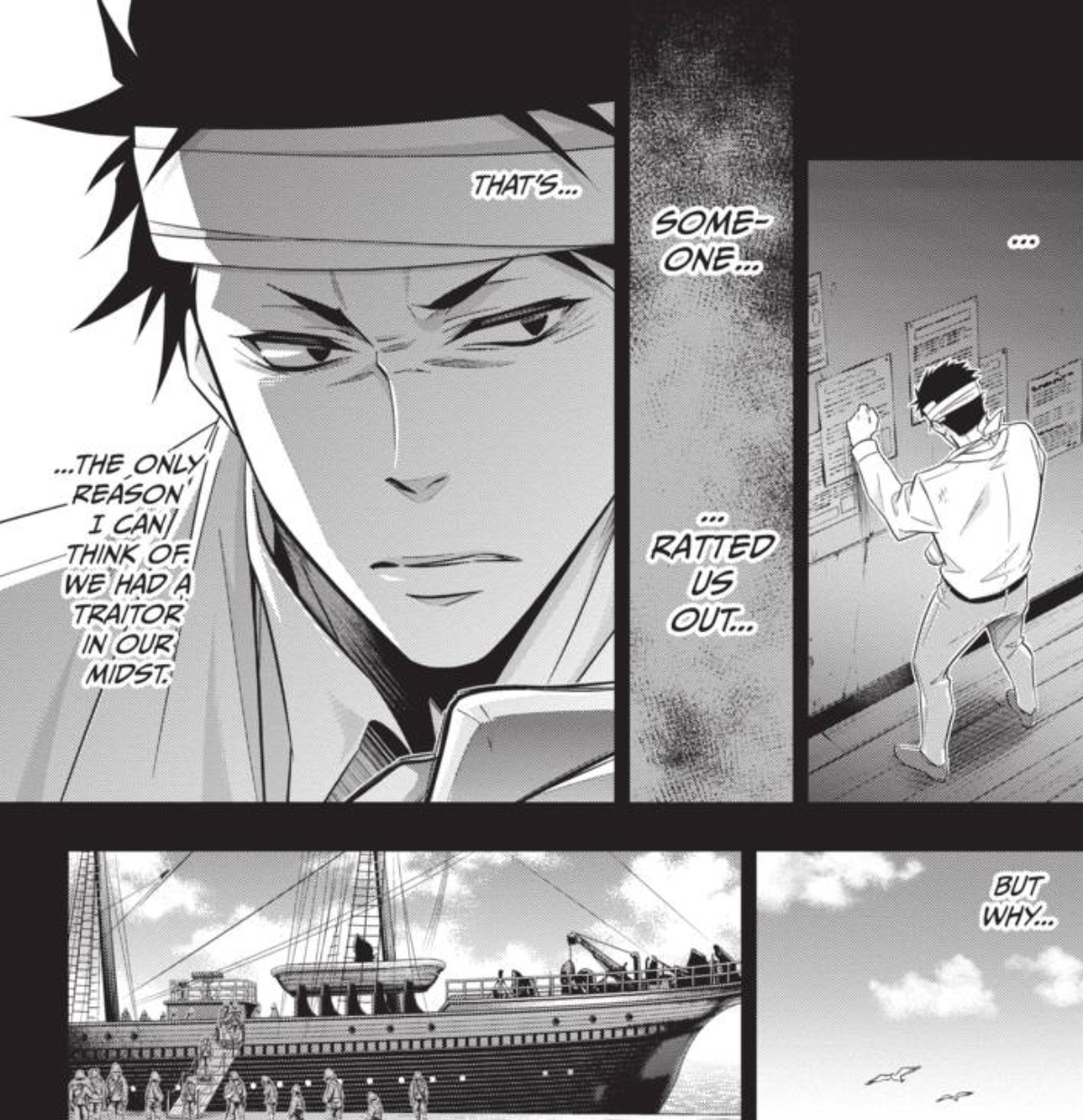 Before the volume’s end, we’re introduced to the next story in the series: “The Two Detectives”. As Holmes tries to wrap his brain around who the Lord of Crime is, Watson becomes concerned with the antics that he does. But a run-in on a train with Moriarty has Holmes’s gears turning, be it for fun or the thrill of having the Lord of Crime in his sight. Of course, before the two get chummy, an incident occurs that brings their mind games to a temporary halt.

Where the first part of “The Two Detectives” ends will have many people stuck on its cliffhanger. But the fact that we’re about to watch these two formidable opponents work together does leave a lot to be excited about. Moriarty the Patriot is all about its twists and turns, be it character or plot-driven. In its fourth volume, the series demonstrates why its pathway isn’t a mere road; it’s a roller coaster! 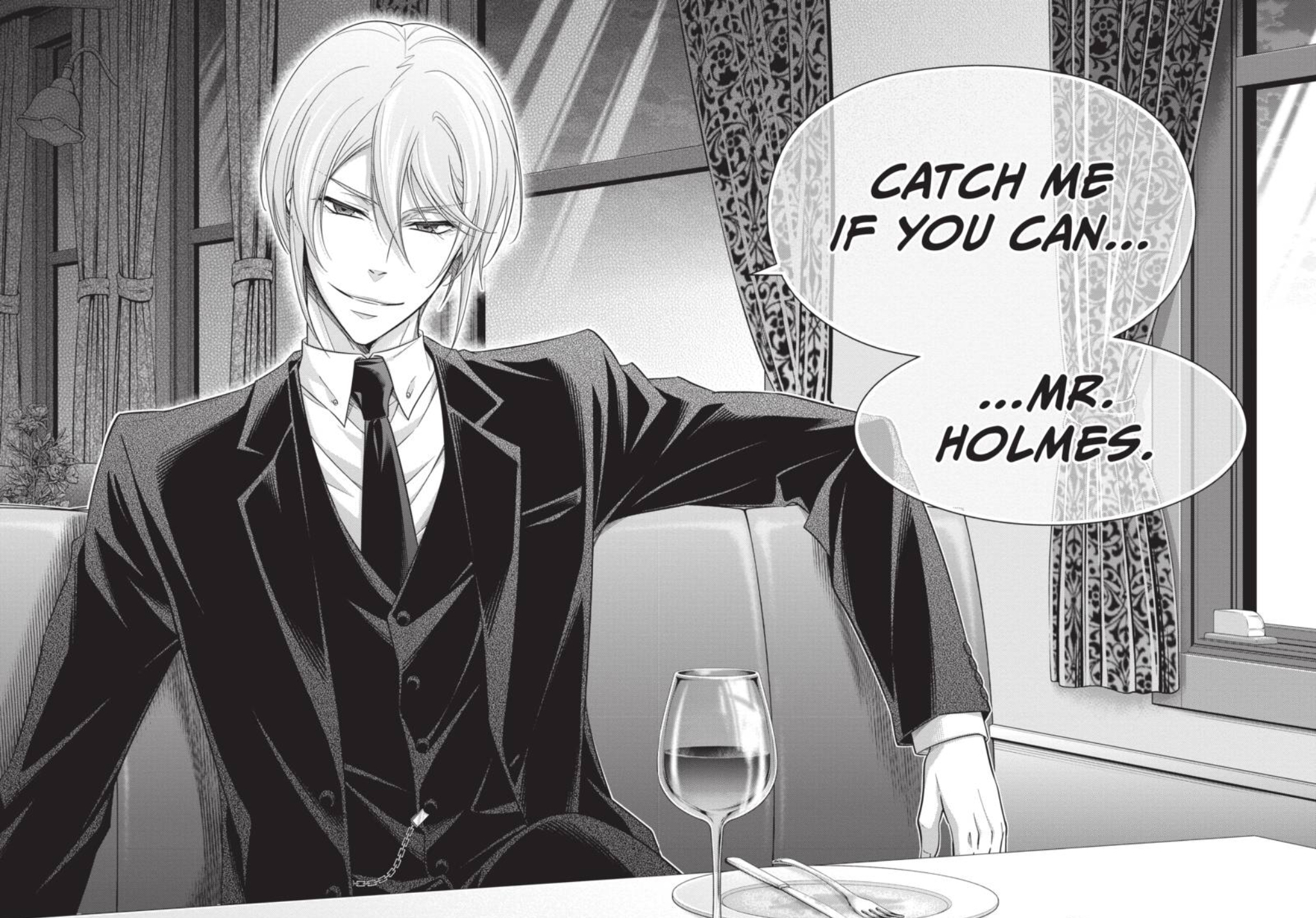