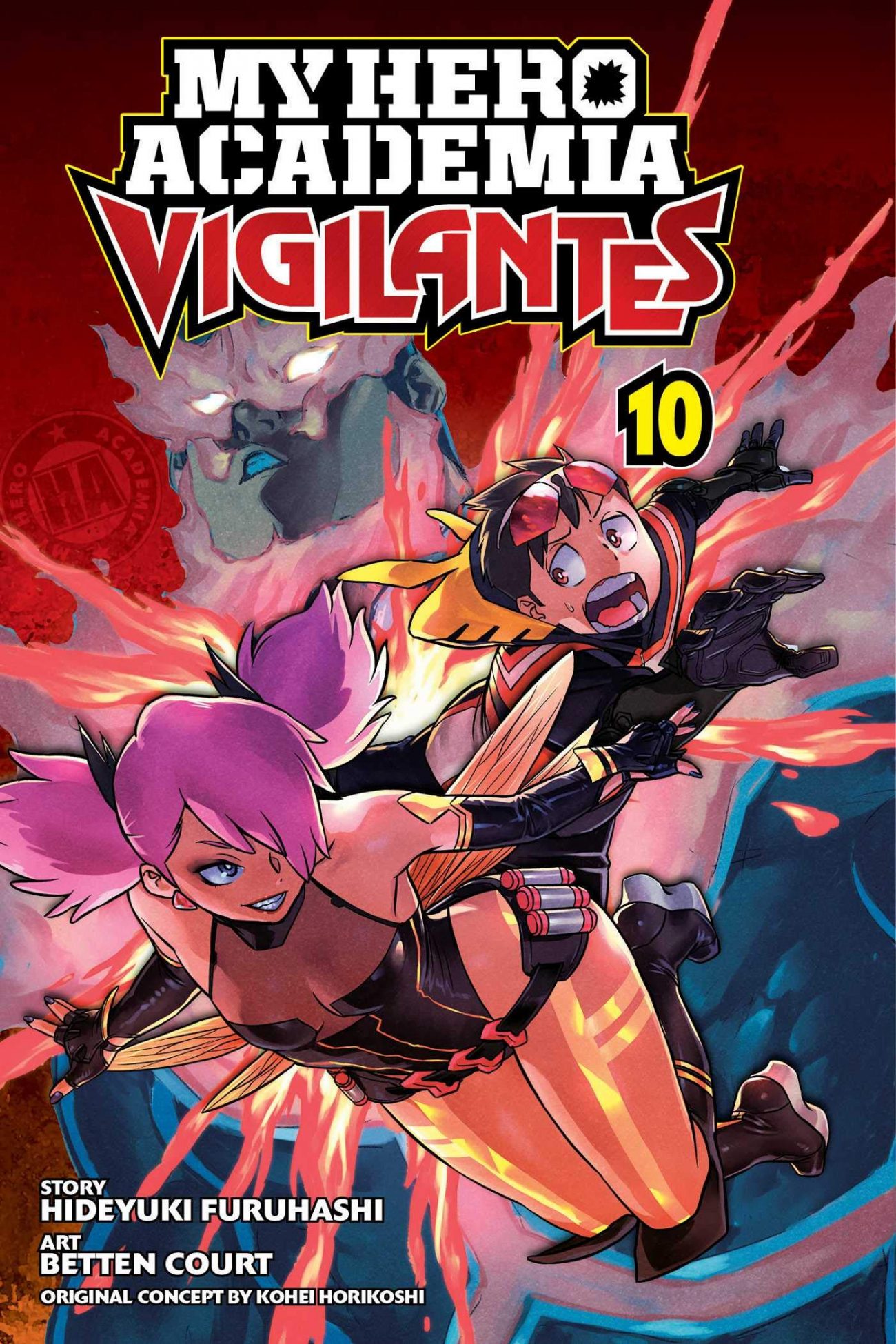 If a hero’s not too careful, they could fall onto the path of villainy. That’s what happened to Pop Step in the previous volume of My Hero Academia: Vigilantes. Now under the hypnotic influence of Rokuro, the former hero is now powered with explosive bees and a taste for carnage. In the tenth volume of Vigilantes, only one person can save Pop Step from the worst fate imaginable: The Crawler.

An air of doubt fills the surroundings, as people wonder why Pop Step turned her back on the people. However, Koichi knows that something’s causing Pop Step to act this way, but a feeling of doubt fills his gut. That’s when a letter from Knuckleduster kicks The Crawler’s confidence up a bunch of notches, as he begins to practice for when Pop Step appears again. That means bettering his powers, strengths, and even strategies. 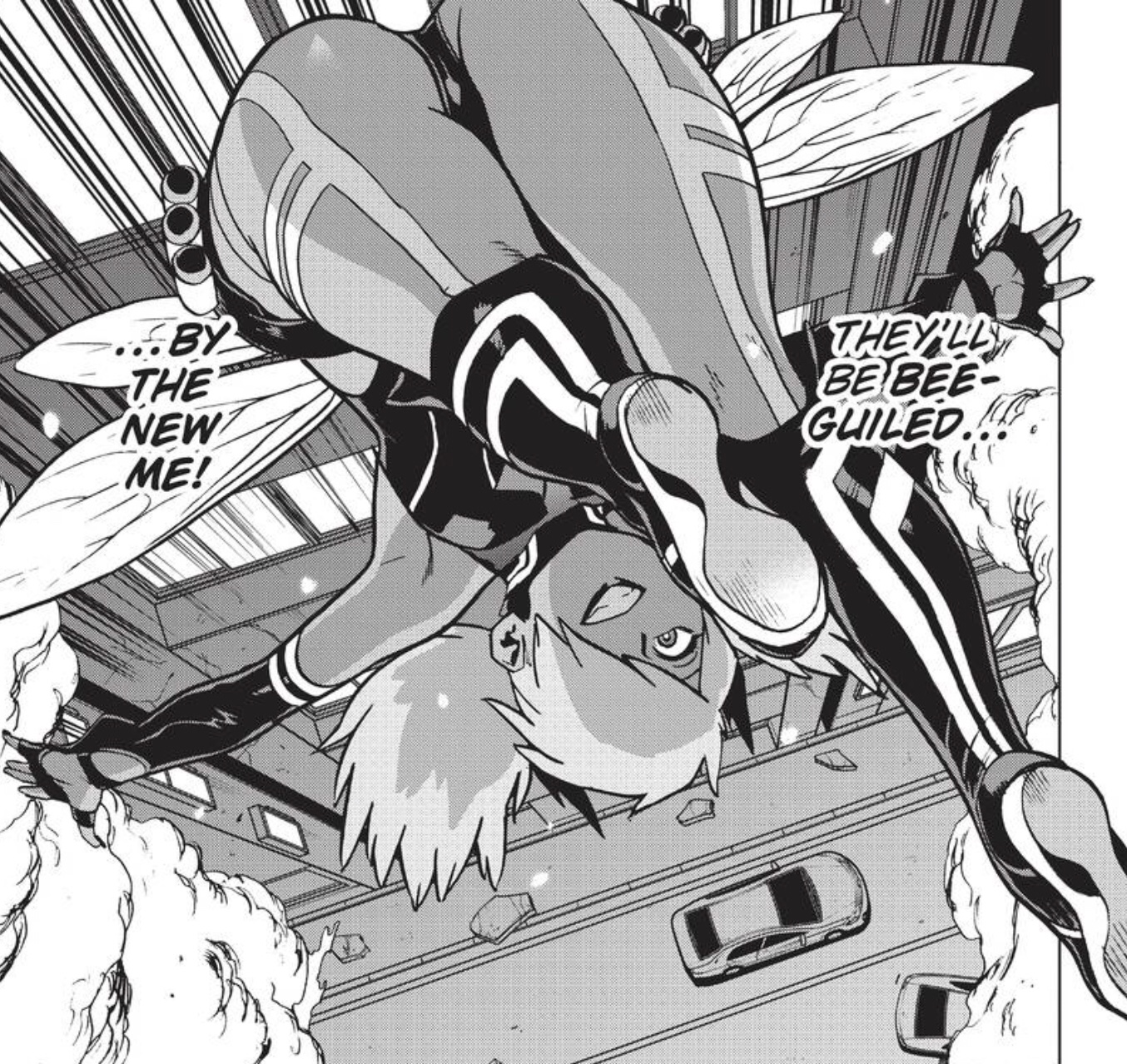 Although this volume is filled with many action-packed chapters, most of the tone here in My Hero Academia: Vigilantes is one filled with guilt and self-reflection. Despite his heart being in the right place, Koichi knows that he’s not as powerful or heroic as All Might. That’s why Knuckleduster’s letter is an important moment in The Crawler’s story. He doesn’t have to work towards being a hero; he needs to keep reminding himself that he already is one!

It takes the appearance of a certain hot-headed big-named hero to showcase why Pop Step has become a threat to the city. But even when he’s heated up and ready to fight, the sight of the The Crawler offering his assistance makes him step back for a moment. Yes, this hot-head sees The Crawler as someone as threatening as Pop Step, but giving himself a cooldown before blowing things to kingdom come shows that he wants to give these two a tiny benefit of the doubt. 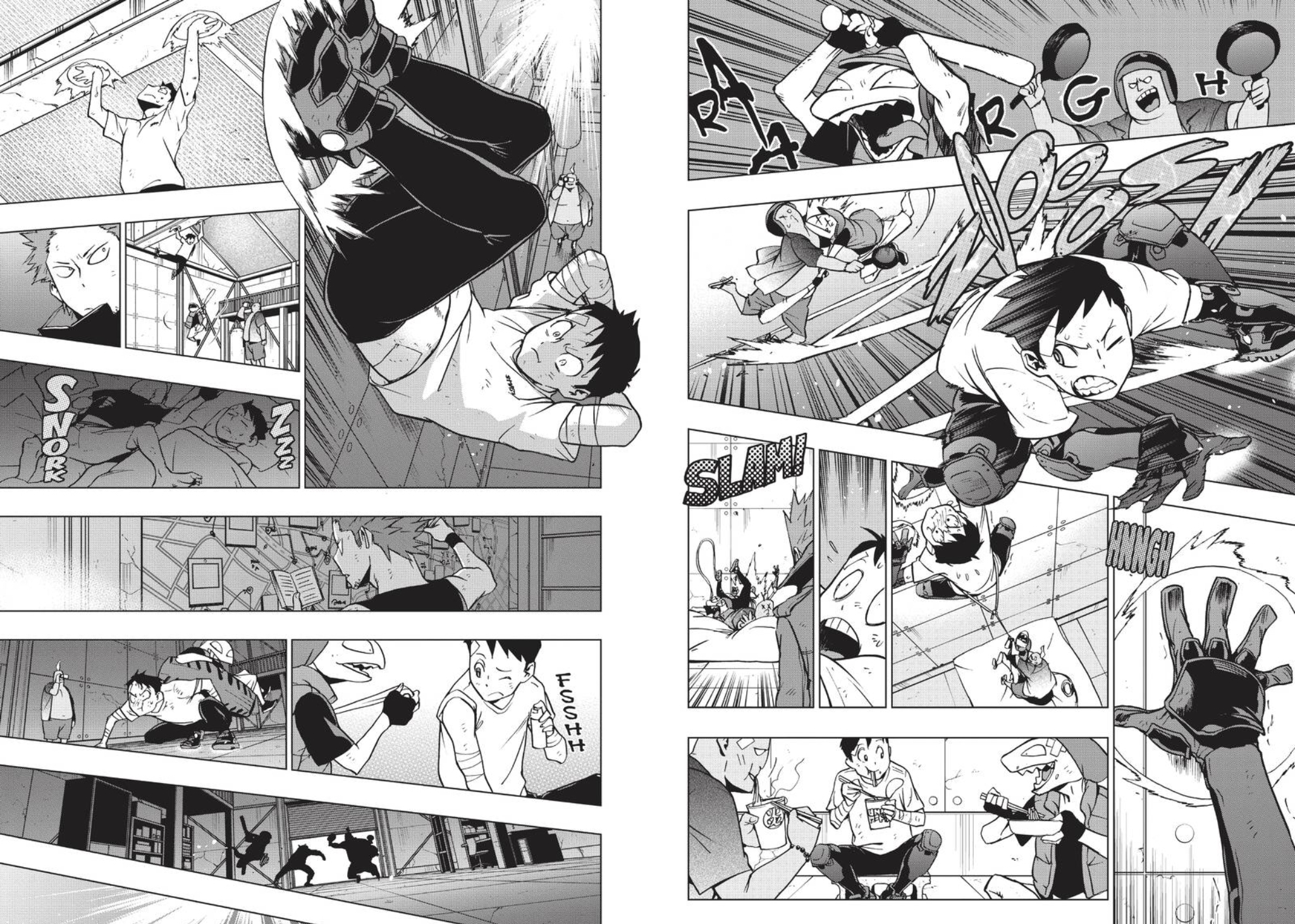 However, it’s Rokuro actions against the other heroes that shows just how awful of a villain he is. While nowhere near as threatening as All For One, his means of taking down villains would make Thanos grimace with disgust. Yes, we’re supposed to see just how far he’d go to make his plan successful, but his actions are not just simple; they’re simply heartless!

These elements helped to make this the strongest volume of My Hero Academia: Vigilantes yet! It’s as thoughtfully deep as it is beautifully chaotic. The fate of Pop Step may still be up in the air, but anyone reading this series may want to say a little prayer to the superhero gods and hope for the best. I say this because its final couple of panels will leave your heart aching for days to come. 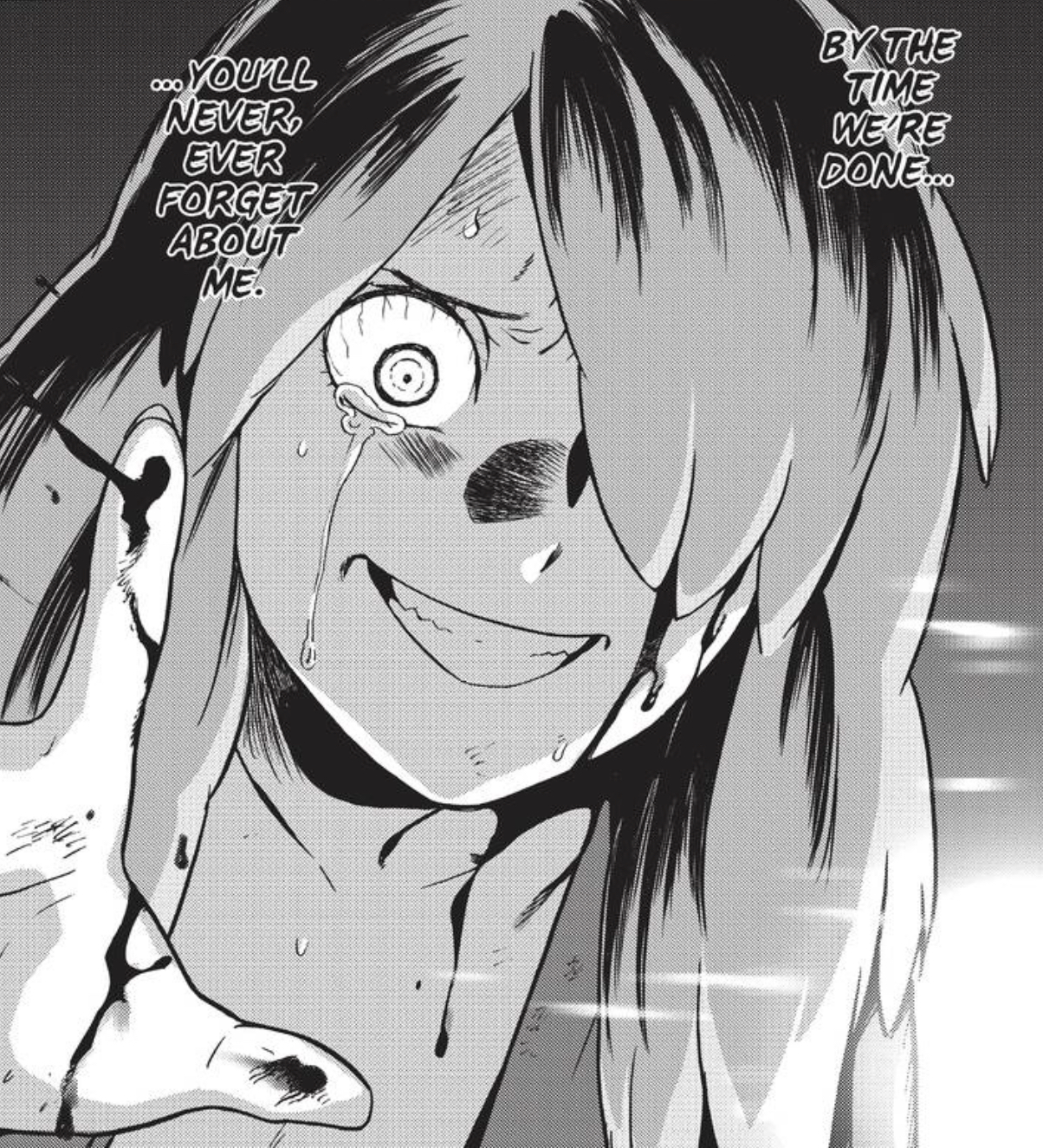