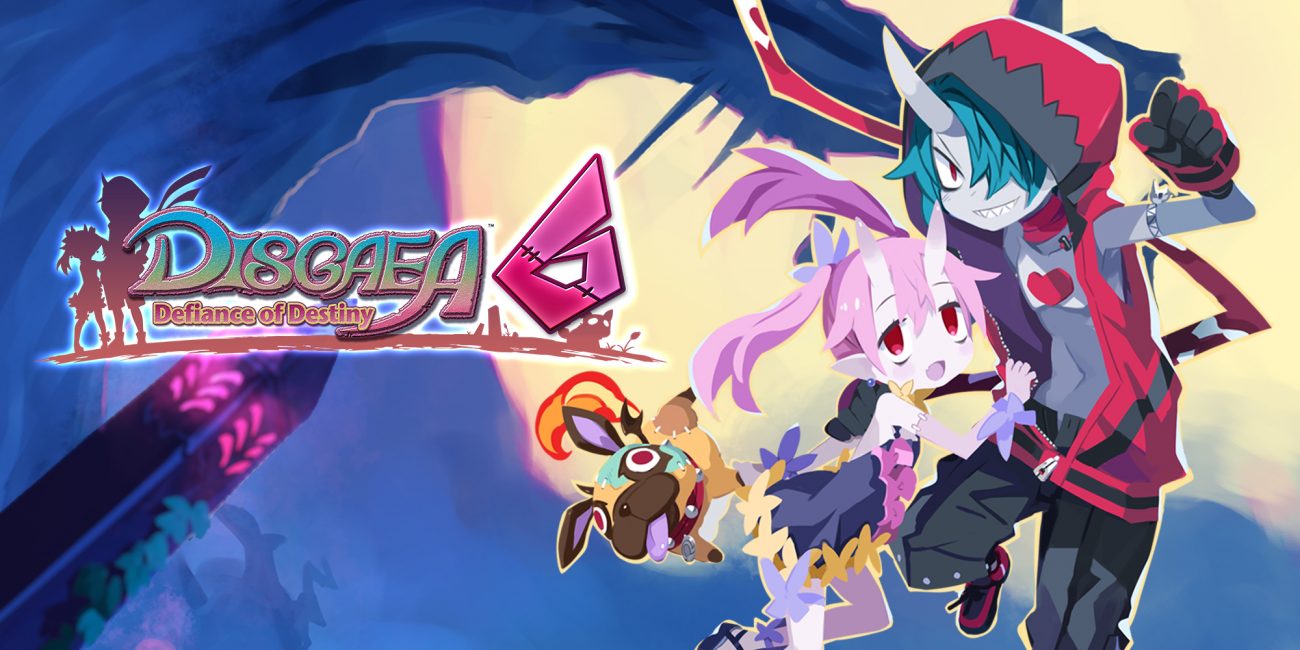 Disgaea is a rule-breaker in the RPG tactical realm. The rules of fighting are non-existent, as it allows you to battle by any means necessary. It’s also one of the funniest video game series out there, a precursor to every fantasy parody out there. Now at its sixth mainline game — Disgaea 6: Defiance of Destiny — Nippon Ichi Software aims to keep breaking all RPG boundaries, albeit in a good way.

Taking the role of Disgaea protagonist here is Zed, a lowly zombie kid who has a bone to pick with the God of Destruction. After being slaughtered by the pesky God, Zed finds himself reawakened, thanks to the power of Super Reincarnation. Now with a secret arsenal under his wing — as well as a gang of gullible allies and disposable Prinnies — Zed sets out to take down the God of Destruction by any means necessary. Fortunately, he’s also got a couple pals who keep him grounded, even when the odds are against him. 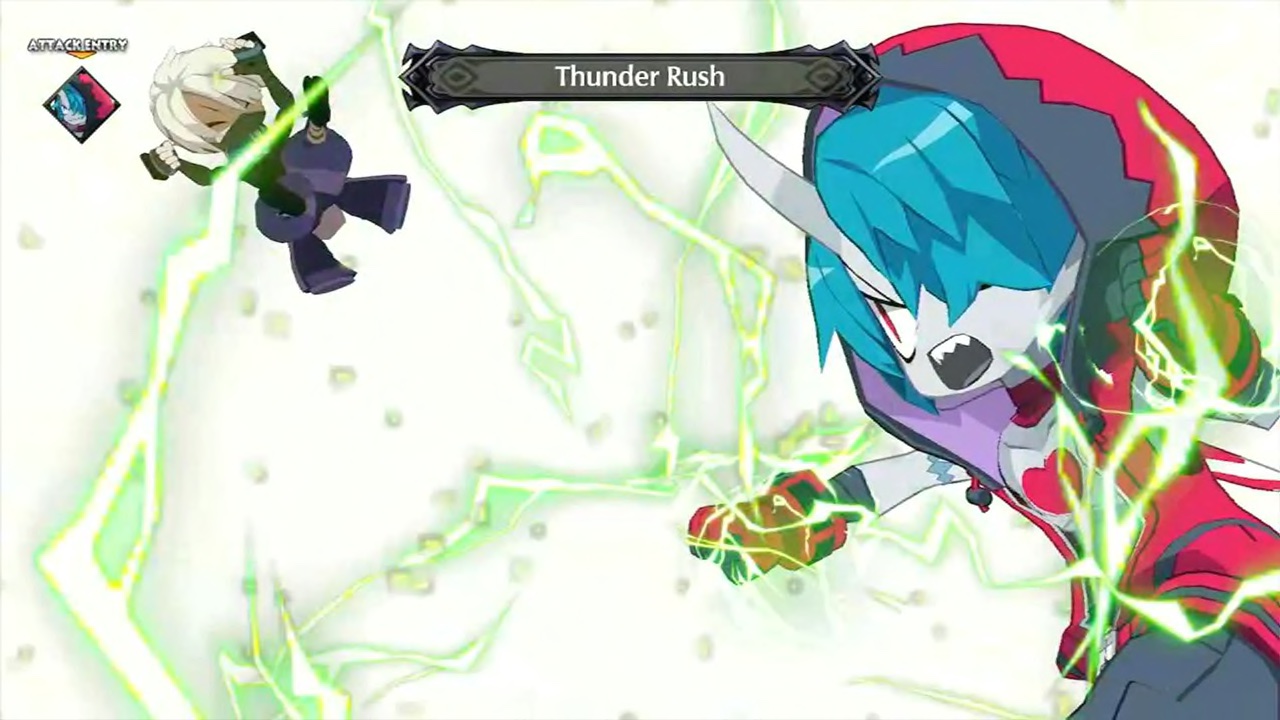 Those familiar with this franchise know what to expect from Defiance of Destiny’s gameplay. Its tactics-styled fights will be familiar to anyone whose plays past chapters of Disgaea, making it easy for returning fans. There’s also a very well-done tutorial mode, which gives newbies a chance to hone their skills far quicker than any other RPG game out there. But as you know, once you figure out the rules of Disgaea, you can soon start breaking them.

Tossing allies at opponents, quickening your power-ups, raising you HP and MP with a snap of your fingers, and ganging up on enemies is what this series is all about. After all, there are no true “heroes” in Disgaea; it’s all villains facing off against greater villainy. Learning to cheat your way through the game is what makes NIS’s franchise a special experience, and its new Super Reincarnation power aids in loading the dice more. 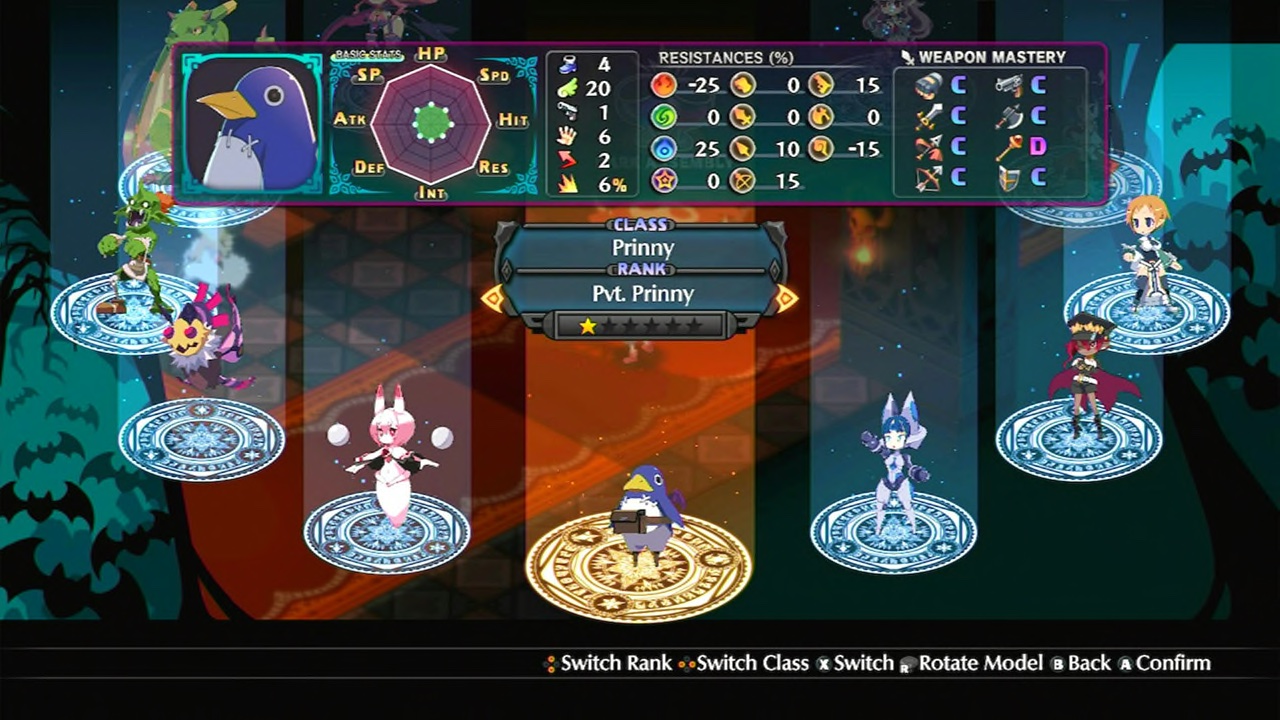 At first, it sounds rather frustrating to drop Zed’s level down to 1, as it can result in a little more grinding for power. (This is very evident after the third chapter of the game, where — per usual — the difficulty spikes like nobody’s business!) However, once you master how Super Reincarnation works, you’ll discover Zed leveling and powering up far quicker than if you were to grind through without using it. The trick isn’t when you use the power; it’s how you plan to regain your strength via revisiting old quests and taking on side missions.

It’s also a numbers game in Disgaea 6: Defiance of Destiny. On top of being able to level up to 99,999,999, you can also dish out over a trillion amount of damage with each move made. Is there a reason for this? No, but who cares! Disgaea likes to play by Spinal Tap rules, cranking the fights and damage to eleven when it could’ve simply revamped ten for the sake of convenience. You can even attempt to make as many minions and allies in your arsenal, in ways that put you in the advantage during every fight. 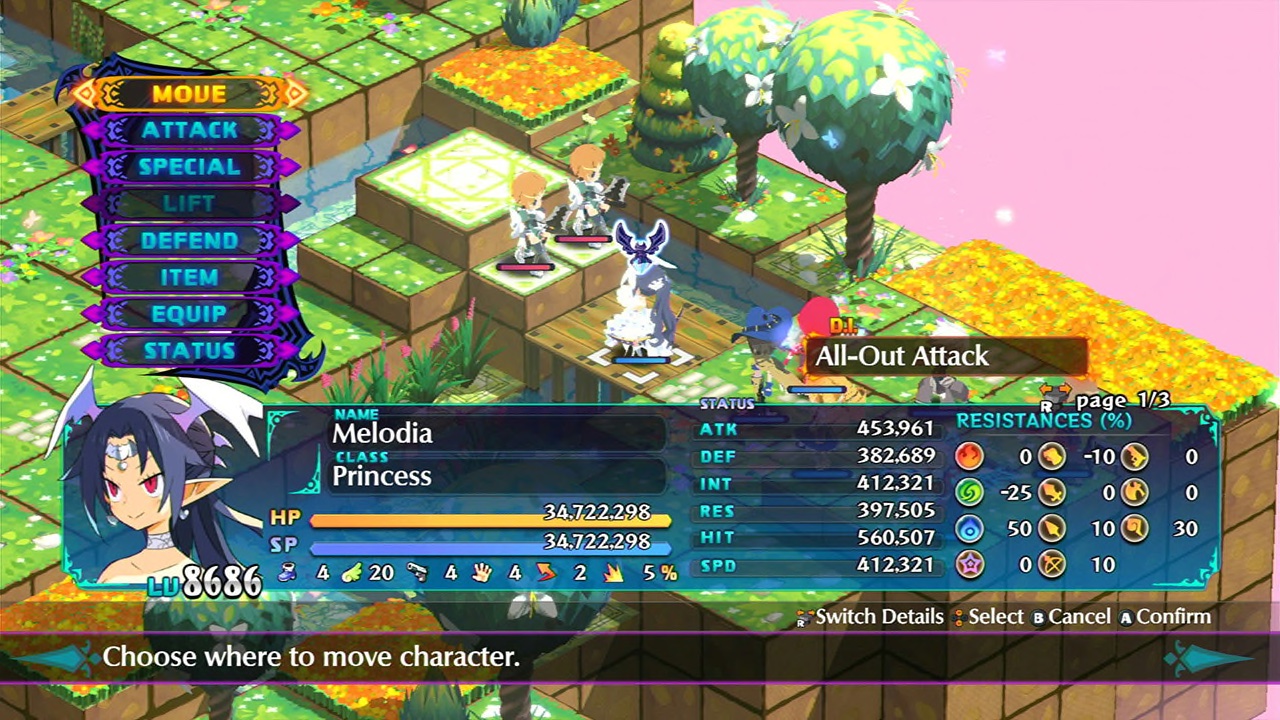 Sometimes life requires you to multitask, which Disgaea knows a lot about. The addition of auto-battle allows the game to play itself while you’re forced to get chores done. Thankfully, the game has a pretty good head on its shoulders, as I only counted a couple times when I had to start the mission all over again. (The fault was mine, as my characters weren’t leveled up enough for victory to occur.) It’s a nice little add-on, especially for those who may have trouble clearing certain areas.

Throughout Disgaea 6: Defiance of Destiny is its strong funny bone. The banter between Zed and the zombie dog Cerberus is like a good manzai routine, but the silliest parts come when others are involved in the conversations. From greedy kings and fallen heroes to cocky overlords and original Disgaea best girl Etna, the dialogue’s humor is thrown fast and furiously all throughout its campaign. Even when you’re sucking at a certain level, there’ll be no time for anger thanks to the game’s witty silliness. 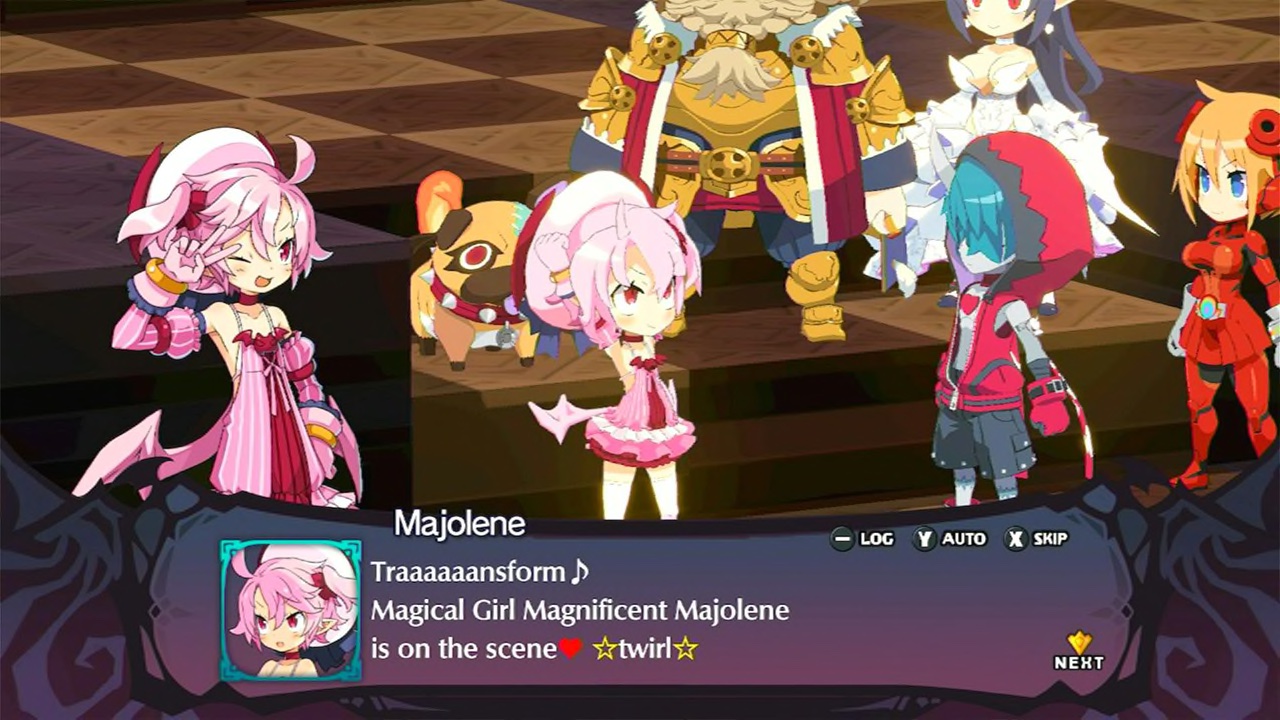 Also more impressive is its visuals. Disgaea has always looked adorable, and its sixth chapter is no exception. But one thing that’s a nice addition is the in-game fight animation. You’ll get cute characters in 3D beating the living snot out of one another, in ways that are both funny and badass. It stays true to the personality of the franchise, while at the same time adding an extra dab of new paint to an already well-drawn picture.

However, one thing that has no place in even the Underworld is microtranstions, which are here if you want a quicker way to level up. It’s an unnecessary addition to the game, and should’ve stayed put in the Disgaea RPG mobile release. While not on display in a predatory manner, their existence still makes it a little irksome, especially when the game wants to have you learn to grind better with its Super Reincarnation system.

It’s gotten to the point where “disappointment” is not in Disgaea’s vocabulary. Defiance of Destiny is another home run of a tactical RPG, filled with the series’s trademark humor and fun gameplay. Even when it’s a grind, Zed’s adventure still finds a way to entertain throughout his long and silly journey to the top!

ANIME REVIEW | A Beautiful Day in...