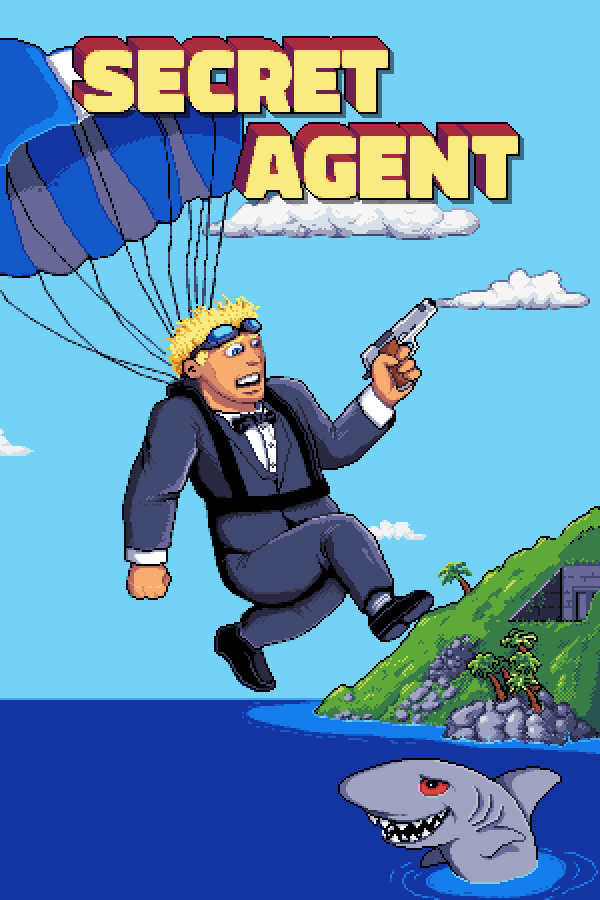 In the autumn of 1991, my family bought its first computer: an IBM PS/1. My days on that PC were filled with booting up Prodigy and America On-Line to get a taste of the early Internet. But when I wasn’t checking email or visiting the official pages of Sesame Street, I was diving into many shareware video games. The first of these titles was a side-scrolling action puzzler known as Secret Agent, developed by Apogee Software.

I spent countless hours playing Secret Agent. Sure it wasn't as popular as Super Mario World or Sonic the Hedgehog, but it offered something that those games didn’t: a better use of one’s brain. Trying to figure out level layouts, which keys to use, and evading enemy attacks kept me coming back over and over again. Sometimes it was a cinch to complete a mission, whereas other times it felt almost impossible to complete. (In fact, I recall never being able to beat the shareware version!) 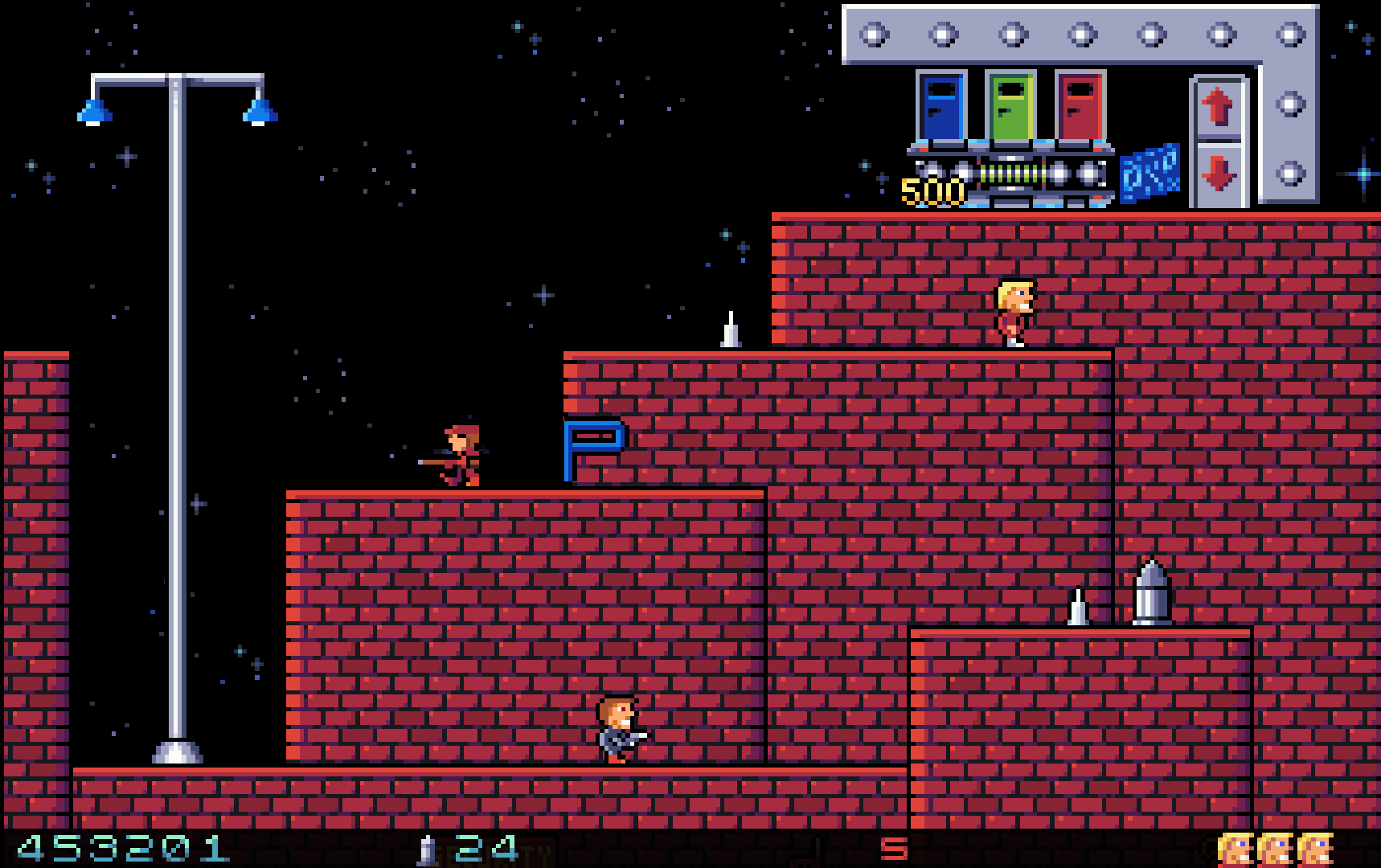 So why bring this little memory of my past up like some food blogger telling a novella before getting to the actual Goddamn recipe? Well it’s because Apogee — which has returned like a phoenix rising from its ashes — just released an HD remaster of Secret Agent in honor of the game’s 30th anniversary! And after all this time since I last played it, it feels good to come back to these missions!

Containing the original three missions and a brand-new one, Secret Agent has you roaming through lairs and labs in order to take down enemy spies and computer ware. With a trusty pistol on-hand, you attempt to take down humans and robots that aim to end your mission before it’s completed. In some places, traps and locked rooms will keep you from easily succeeding. Complete each chapter, and you’ll unlock a clue towards a mysterious super weapon. 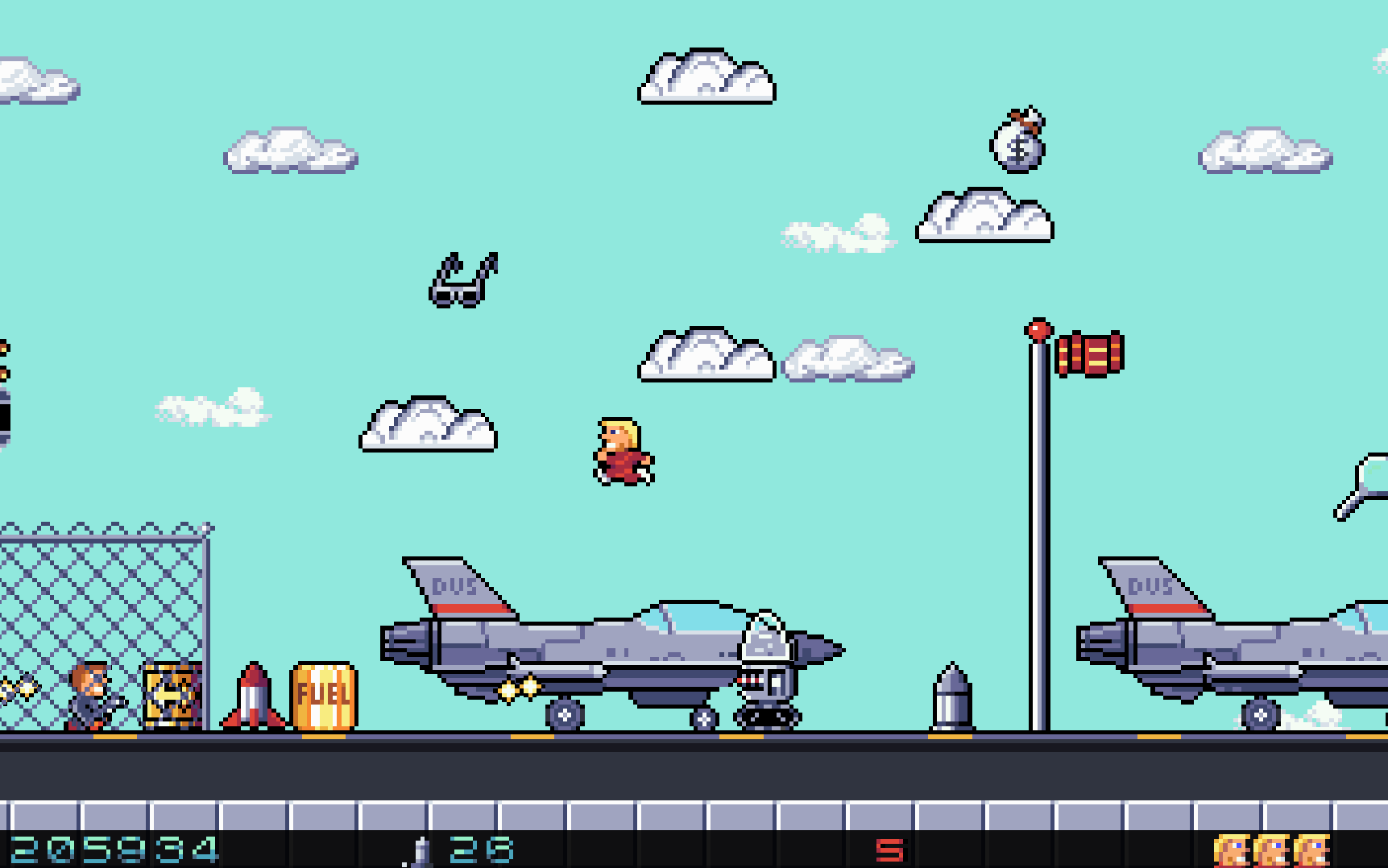 If one has a keen eye and quick fingers, becoming the top spy will be in your grasp. At first, it would seem easy-peasy to waltz into a hideout and destroy it. However, the layout then will throw you for a loop with multiple same-colored doors and laser beams keeping you from a sage landing. Mess up, and you’ll be forced to start the level from scratch. But with each screw up is an opportunity to learn from one’s errors.

This was my first experience with a video game that made you use your brain rather than just your quick fingers. Before titles like The Island of Dr. Brain or MYST entered my life, Secret Agent came around to show that fast clicking isn’t the only thing necessary to beat a game. The art of observation is the true key towards victory, but one can only observe when greeted with certain failures. (There’s no way to skim through the level to see everything that it’ll throw at you, so be prepared to have to restart on numerous occasions.) 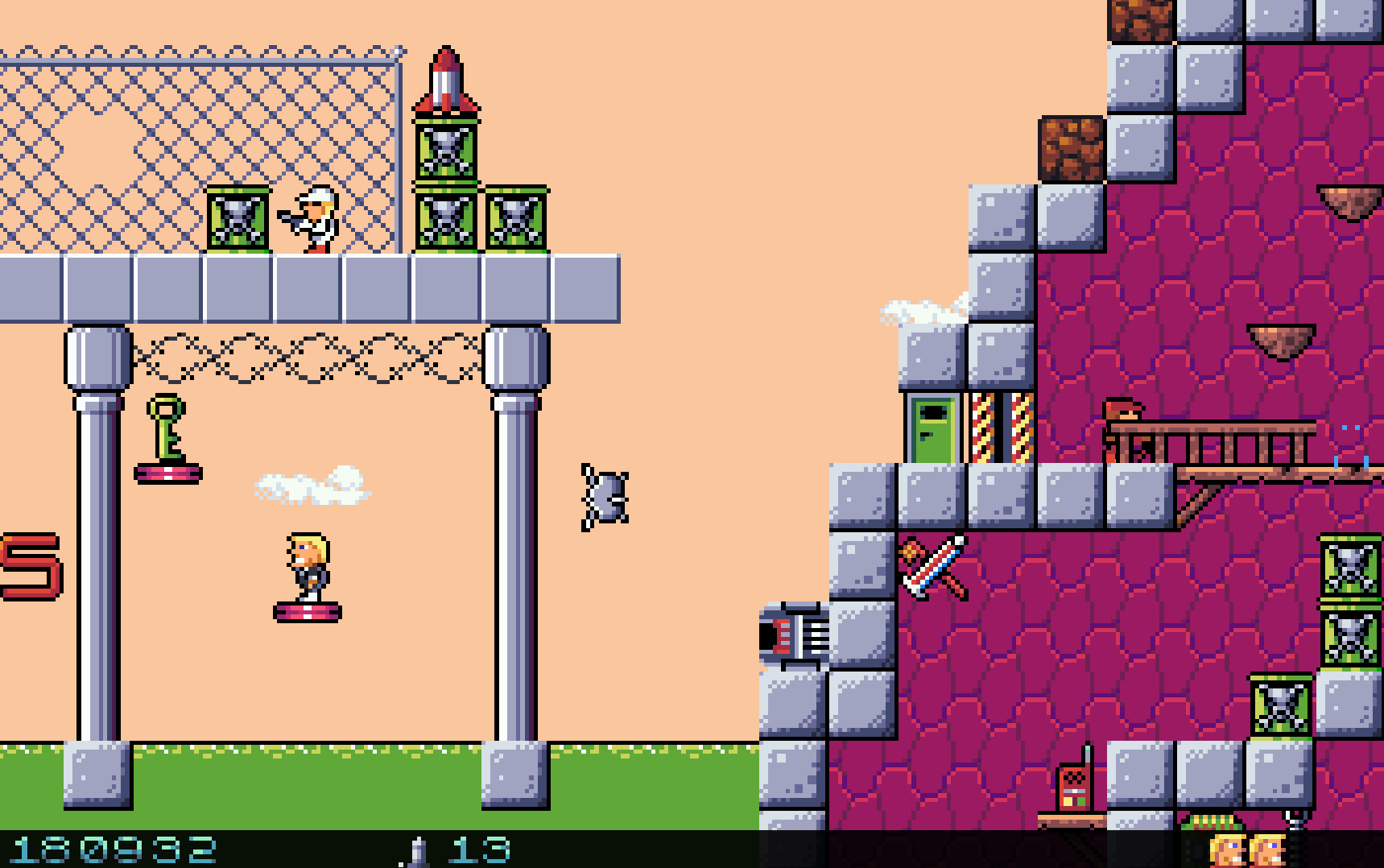 While playing Secret Agent with your keyboard is a fine throwback to the game’s origins, I’ll admit that using a controller is a far better experience. Jumping, shooting, and evading hazards feels more fluid here than smashing keys to the point of breaking them. It also kept me from rage-quitting like my seven-year-old self would’ve back in the day, as trying to maneuver fast back then was a lot more frustrating when there were no other options. (Hence why I probably never finished playing this game when I was younger.)

Remastered for modern PCs, the game looks exactly like how I remembered it. The MS-DOS-era visuals and comedic look of our hero are just as pixel-y and expressive as it did thirty years prior. Emberheart Games’s treatment of this underrated classic is not only great, but it should serve as the standard when it comes to reviving classic VGA graphic titles. While it’s weird to hear music playing during Secret Agent, the score’s nods to classic spy films and TV series makes it fitting to what happens onscreen. 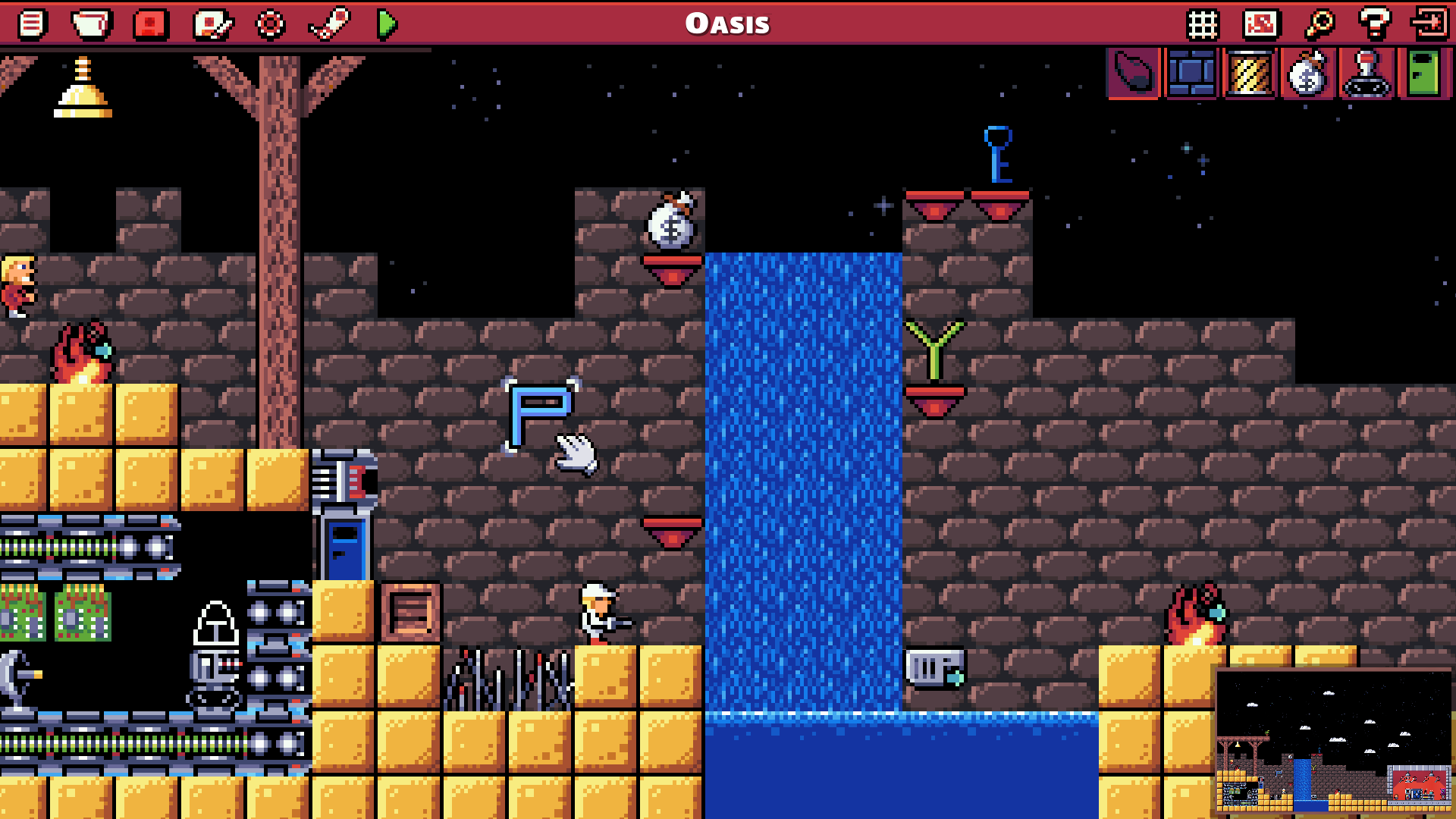 On top of a brand-new episode to experience, this version of Secret Agent also gives players the chance to create their own level layouts! Going the same route as Super Mario Maker, the setup allows you to place traps, enemies, keys, and other necessary gadgets and the like wherever you see fit. What’s more, players can then share their levels online for anyone to give a go. It’s a nice add-on that’ll keep the game’s longevity going, even after you beat the game.

Secret Agent HD is a wonderfully nostalgic return of an underappreciated classic. While one wonders where this game can go in a more modern setting, Apogee Entertainment and Emberheart Games’s remastering shows that this old-school game has plenty of missions left in its arsenal. If you’ve never had to pop a floppy disk in to experience Secret Agent, then perhaps now is the time to witness a true highlight of PC gaming.

Promotional consideration provided by Josh Silverman of Stride PR. Reviewed on the PC via Steam.