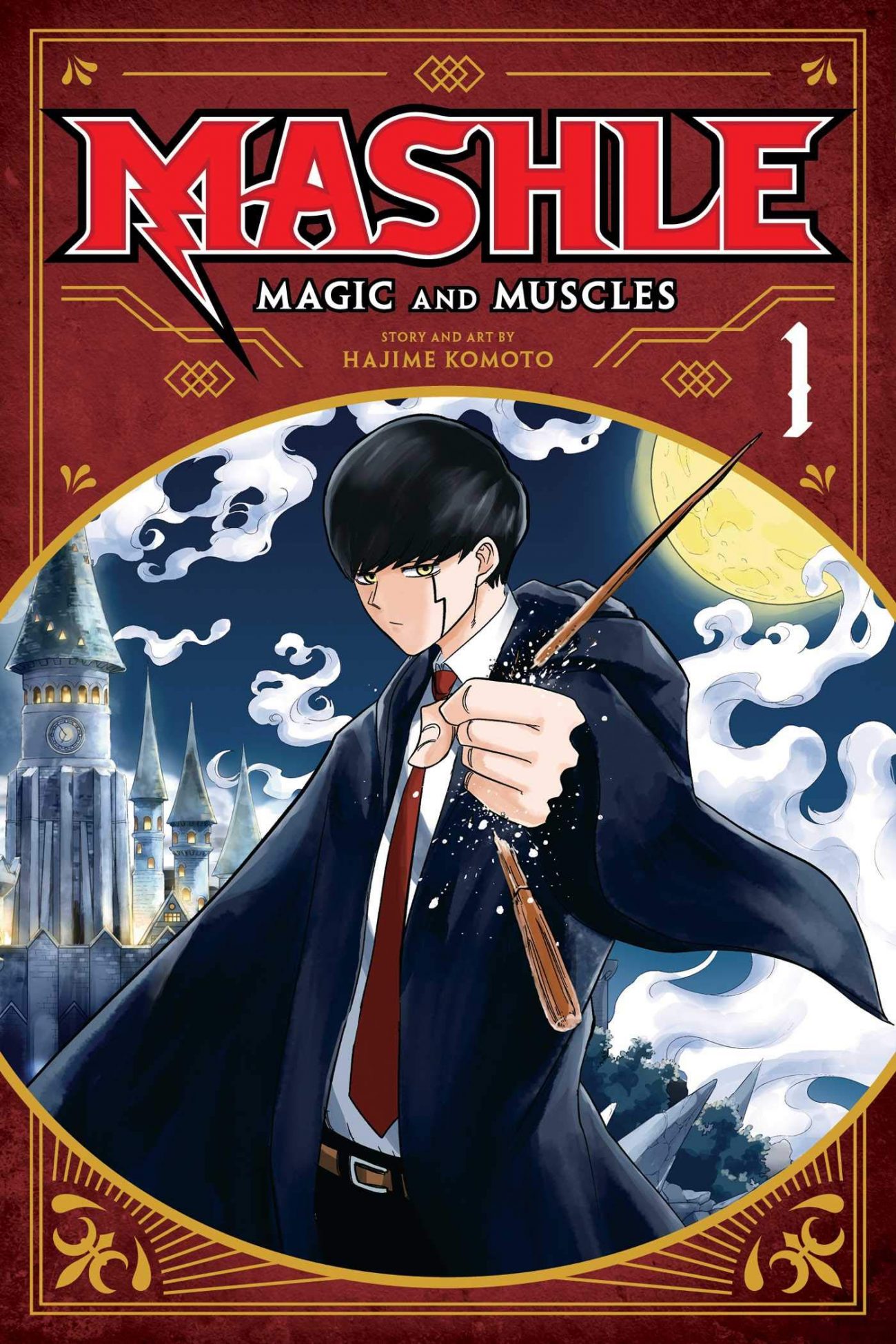 When watching the final Harry Potter film, I thought to myself how epic it would be if both Harry and Voldermont fought to the point where they ran out of magic. This fight would then turn to one of strength, as the wizard and He-Who-Must-Not-Be-Named started beating the living bejesus out of one another. Yes, it’s a sight that’s not akin to Hogwarts standards, but one can’t help but think about how delightful such a moment would’ve been. I reflect on this because author Hajime Komoto has given us quite the alternative, in the form of his debut series Mashle: Magic and Muscles.

The story follows Mash Burnedead, a normal human born into a world of magic. Like Deku in My Hero Academia or Akko in Little Witch Academia, he’s seen as an outcast due to his lack of magic. What’s worse: in society, those born without magic are to be eliminated for “the greater good”. Fortunately, he has a caring father in the form of Regro, who gives Mash a power greater than magic: weight training! 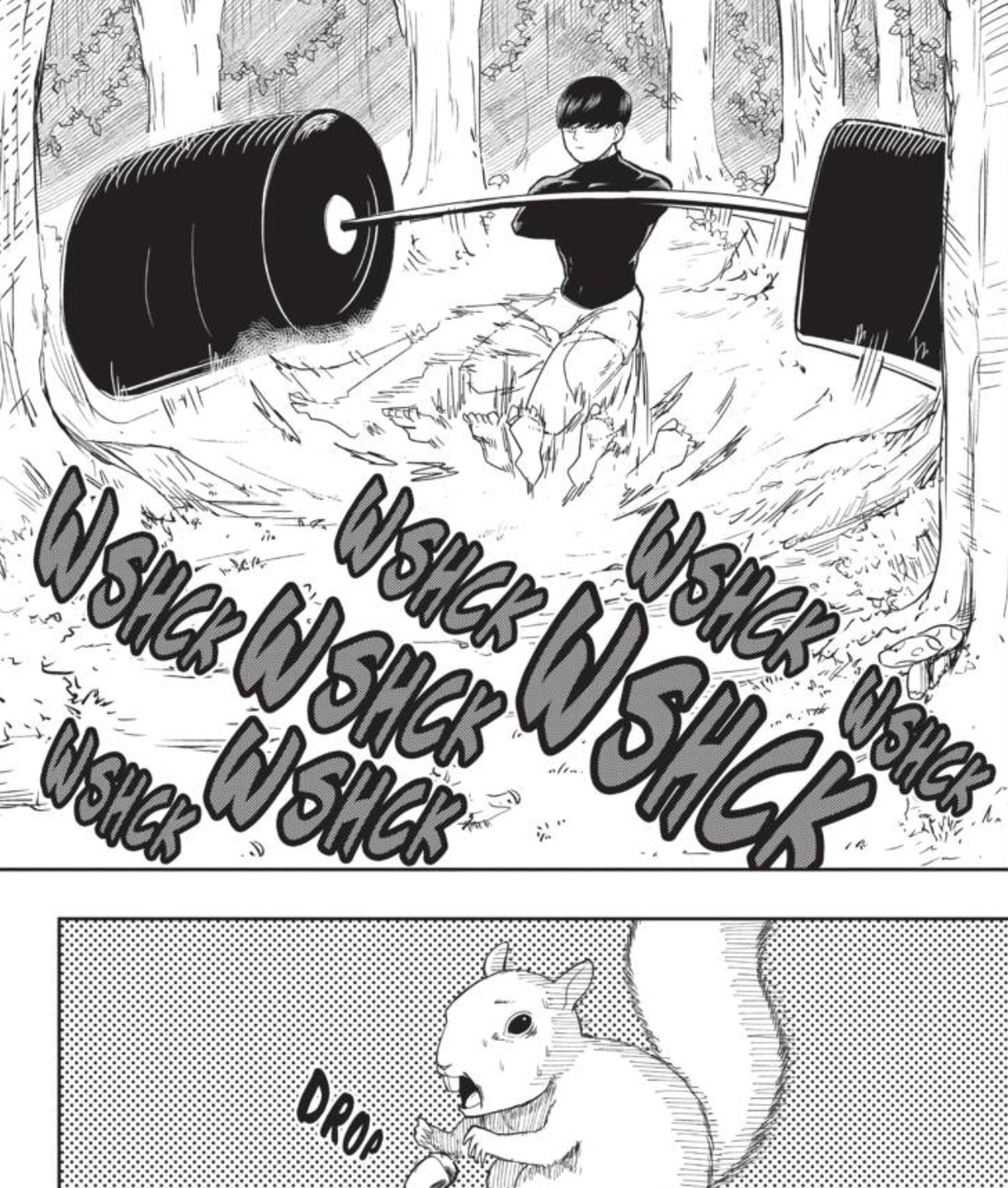 Thus, Mash reaches a level of strength that not even magic can fend off. After an incident in town, Mash’s existence becomes apparent to Brad Coleman, the town’s magic police. Thankfully, Mash puts Brad in his place, with the latter giving Mash an option: enter magic school, and he and his father will be safe. Without a second’s thought, Mash agrees, and his entrance to Easton Magic Academy turns the heads of many, including future friends and foes.

From the start of Mashle: Magic and Muscles, it becomes apparent that this series would be the wizardry world’s answer to One-Punch Man. Mash is seen as the antithesis of every mage or wizard whose journey was chronicled. Instead of learning spells and tricks, our hero uses his hands and muscle power to overcome every obstacle thrown his way. Be it a maze or flying lesson, Mash finds a way to complete challenges with the greatest of ease. And it’s all presented in a very hilarious fashion! 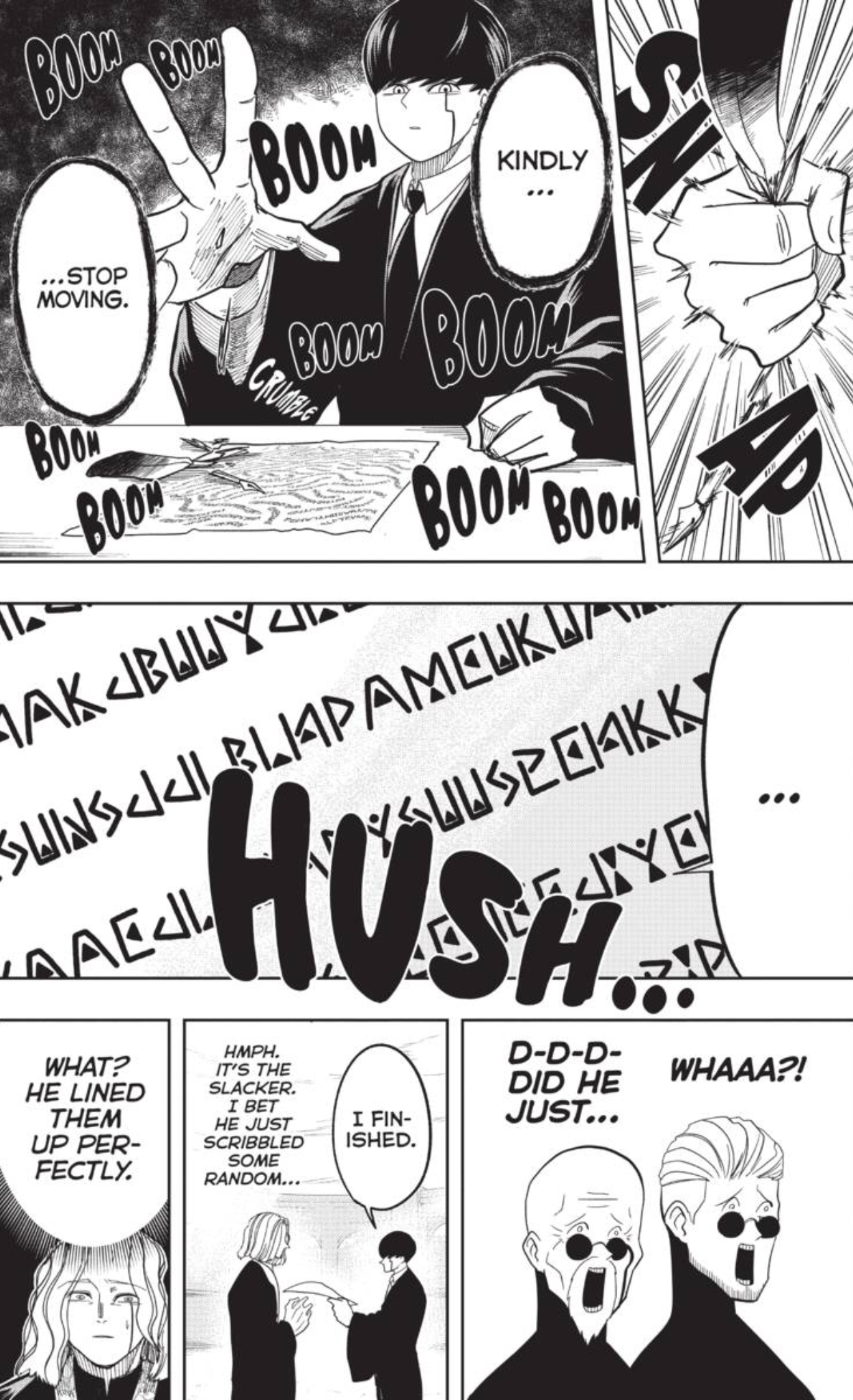 I can’t remember the last time my throat was left sore from laughing at a manga! Every moment of might against magic in Mashle left me hollering with delight, as Mash pushes through with little force and plenty of empathy. He knows he shouldn’t just smash doors open or bury the vice-principal to his neck, but it’s how he solves problems the best. From bullying problems to Quidditch knockoffs games, Mash finds plenty of success beating the odds with a hearty laugh from his readers.

Visually, Komoto’s art isn’t the absolute best; in fact, it can be crude at times. But considering the story it wants to tell, that crudeness surprisingly fits. When we see Mash use his might against magic, the look of these panels are both wonderfully detailed and wonky. As this is something of a gag manga, that art style works far better than it has every right to! 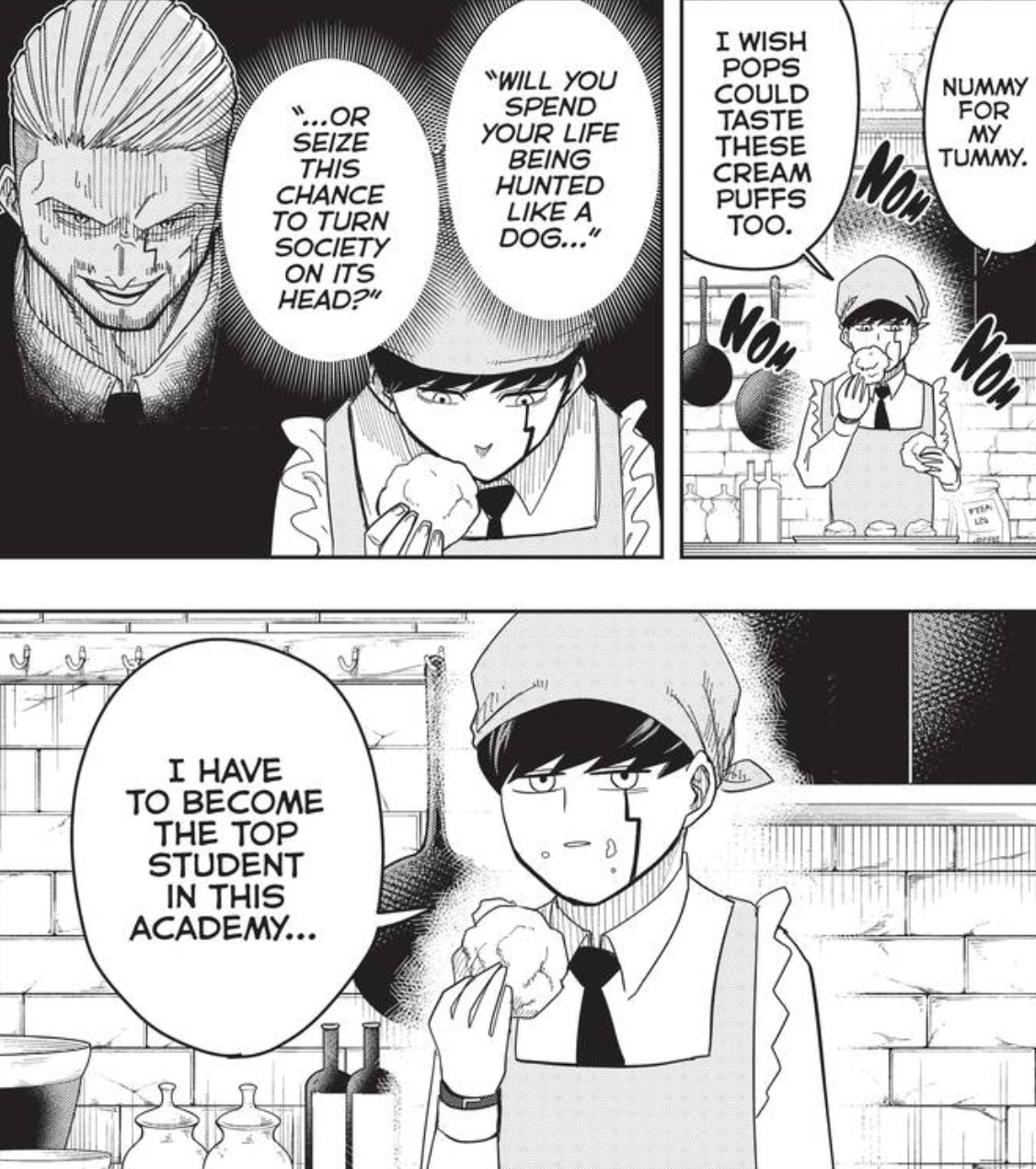 It’s hard to talk more about Mashle: Magic and Muscles without spoiling some of the good jokes. With that being said, readers will be both enchanted and rolling on the floor from laughter from everything Hajime Komoto throws at them. Whether you’re in it for the comedy or the fantasy, Mashle: Magic and Muscles has something that’ll delight anyone.

Now go and read it, or it’s the finger guillotine for ya!