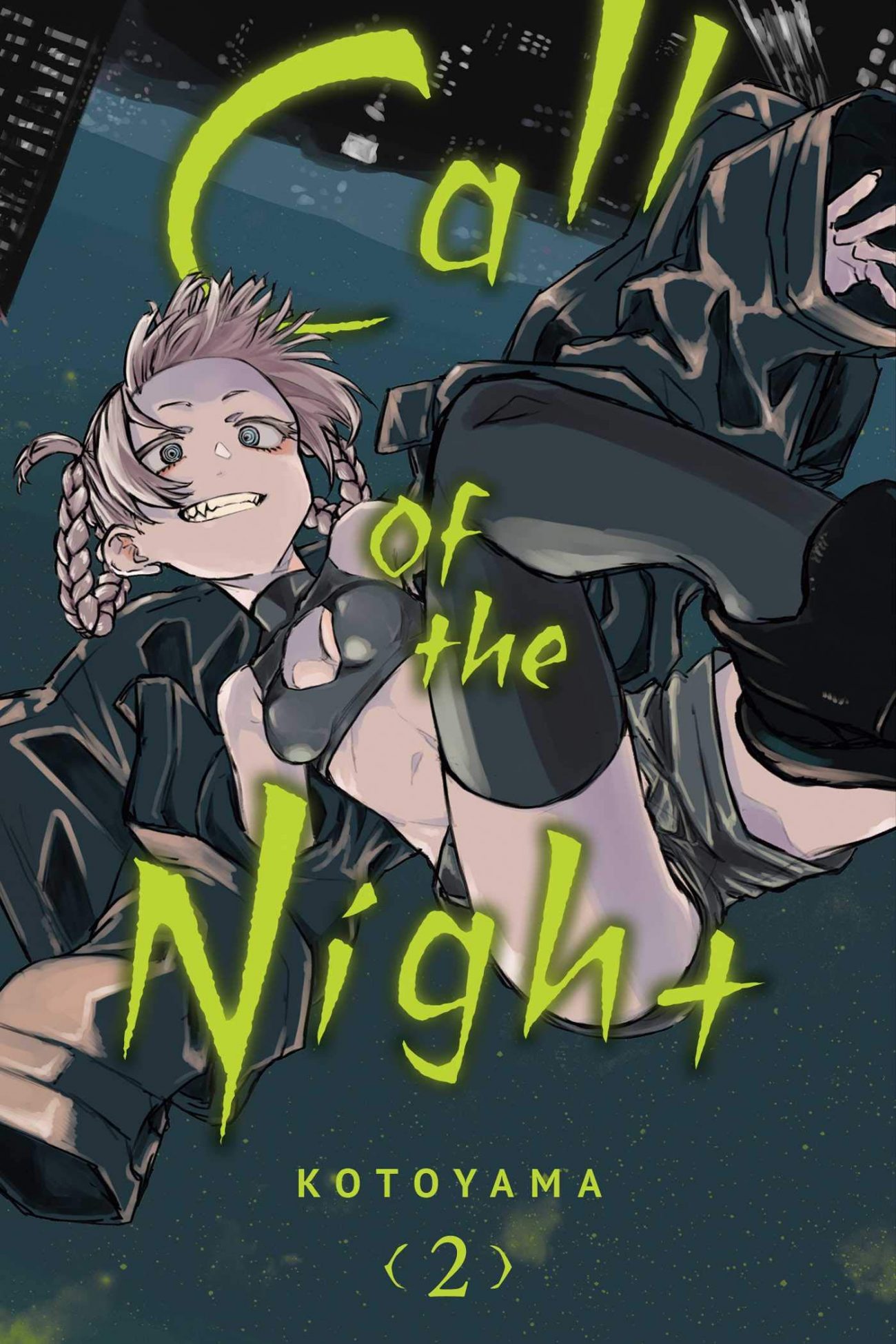 Kotoyama has a knack for bringing out the sweet things in life, even when the sun goes down and the moon rises above. Then again, after their work on Dagashi Kashi, it’s evident that sweetness is their beckon call. This is true with their latest work Call of the Night, whose first volume’s characters and premise gave a more unique twist on the vampire genre. In Volume Two, with the premise in full gear, Kotoyama decides to have some fun with their two main characters.

Ko’s recent kiss with Nazuna leads him to believe that he’s already reached his goal, only for the vampire to tell him otherwise. The two start seeking out more nightlife fun, which brings them to a bathhouse, a pool, and even a love hotel! Meanwhile, Akira starts having more trouble sleeping, leading her to hang out more with Ko and Nazuna. And during a discussion about blood tastes, Nazuna reveals what she does for a job: professional cuddler! 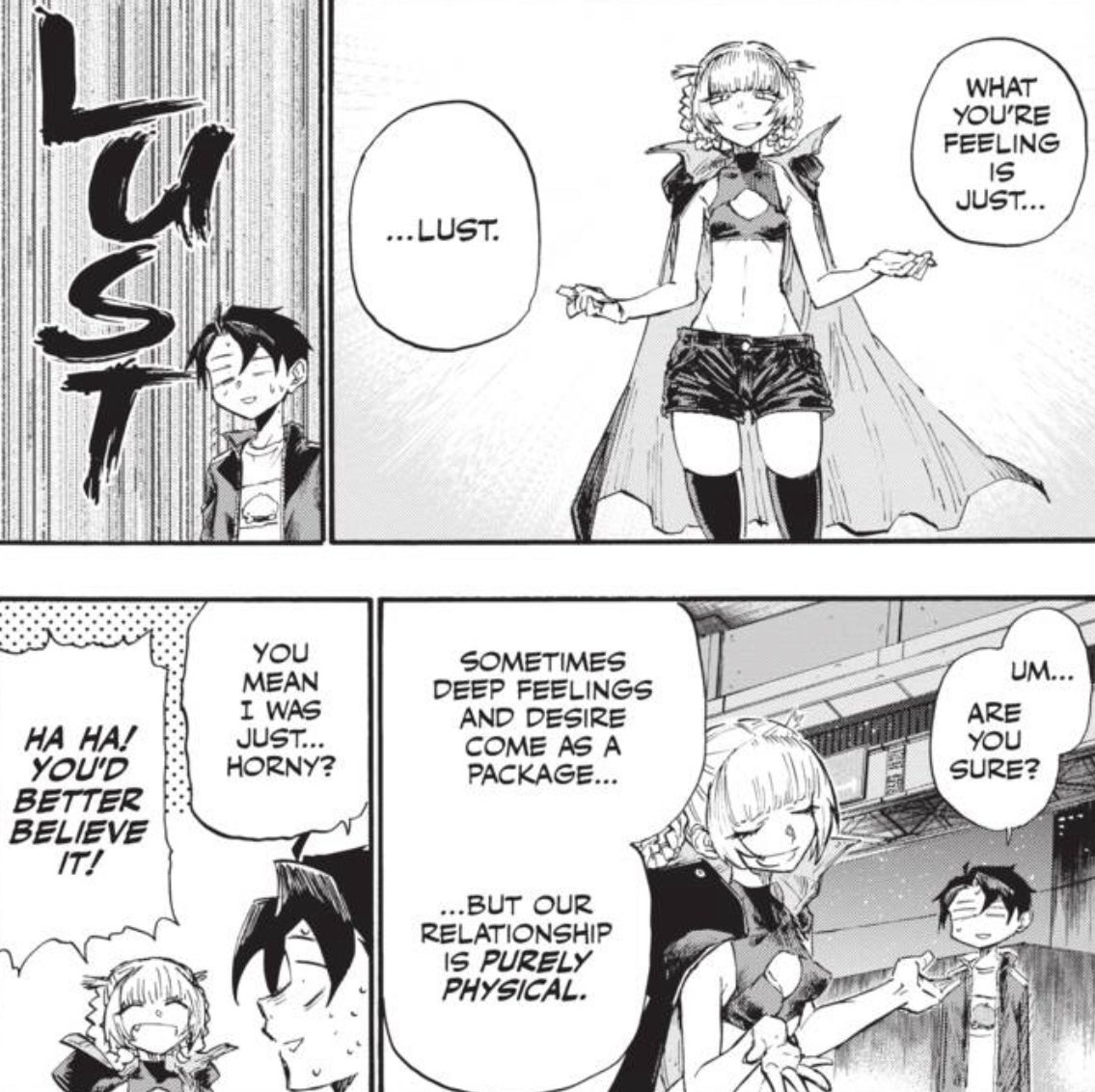 Although Ko still can’t figure out the difference between love and lust, his hangouts with Nazuna have slowly helped with him figure out his true feelings. The vampire’s means of teasing certainly help with confusing the guy, but it’s all in good fun for the two of them. Even Akira begins to see what Ko sees in Nazuna, as she witnesses the deep friendship the two have. In a way, both Ko and Akira are awakening to certain desires that people their age tend to crave, with Nazuna somewhat acting as an awakening catalyst for the two of them.

But it’s when Ko finds out what Nazuna does for a living where a new character enters the realm. The worker Shirakawa is a prime example of a person who’s forced to go through the grind in order to earn a paycheck. What begins as a humorous plot where Ko plays masseuse to Shirakawa transforms into a cautionary tale of dealing with harassment, overworking, and peer pressure. How she realizes that she doesn’t need to put up with that level of abuse is a nice breath of fresh air, seeing as most manga or anime dealing with the turmoils of salarymen rarely go the route this story is hinting. One hopes that Shirakawa isn’t a one-off character, as she has potential to grow more in Call of the Night. 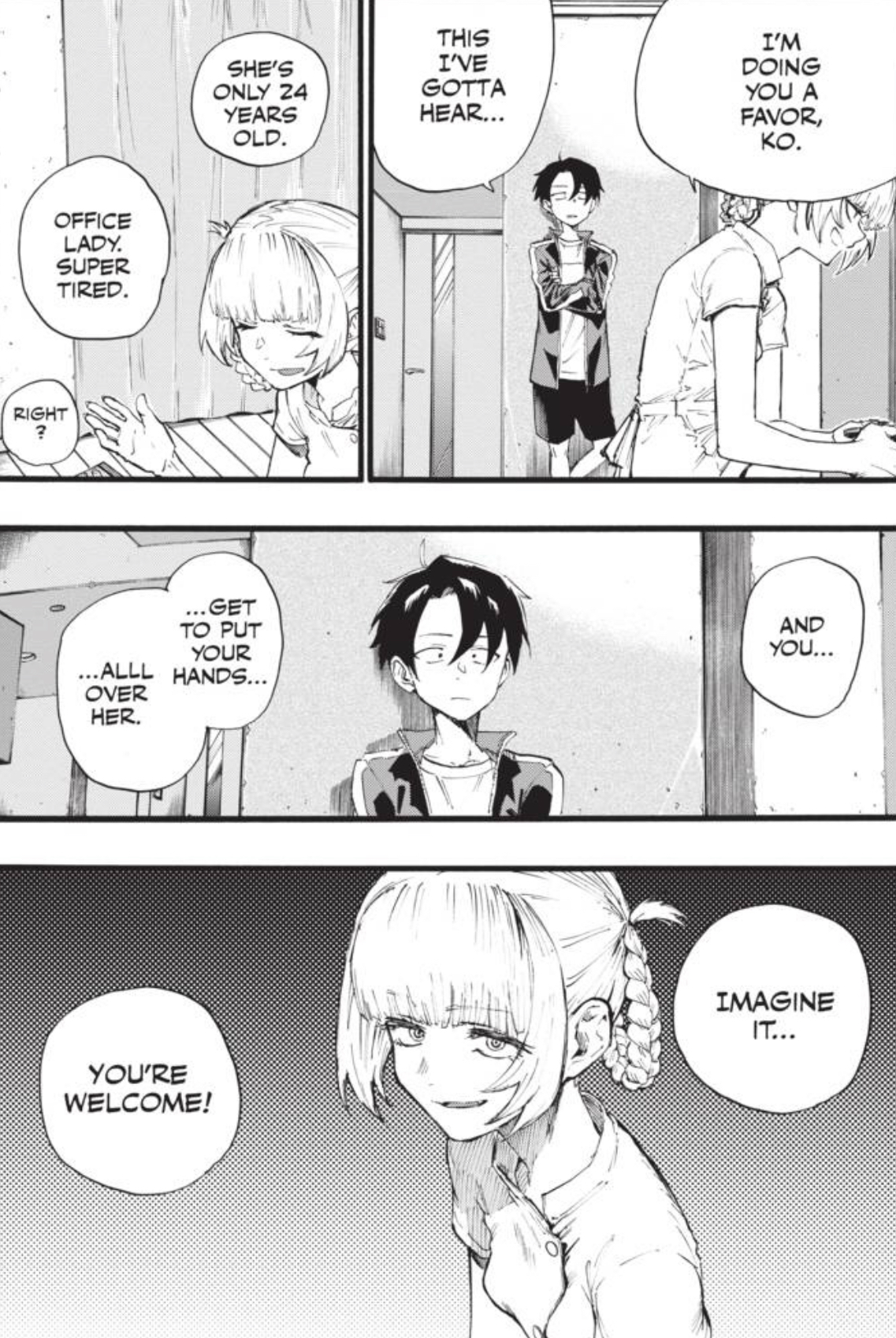 Although Kotoyama has always been a good artist, this particular volume’s visuals have improved greatly compared to the last. From the pool party scene to the detail in the cityscape, there’s a lot more focus placed into the surroundings of Ko and Nazuna’s nighttime fun. Although the character designs have always looked wonderfully detailed (especially the eyes), there’s a certain level of beauty that’s definitely on display in the character of Nazuna. (Then again, we could just be seeing what Ko experienced when the vampire returned from the bathhouse.)

Volume Two of Call of the Night lets the characters let loose a little more, while delivering a deep tale of lust, love, and the power of a reawakening. These are the kinds of characters that almost anyone can love, especially with the rom-com angle that Kotoyama is attempting to bring out. With there being nary a piece of candy to distract Ko and Nazuna, there’s nothing to hold back the growth that’s bound to occur between these characters. If they keep evolving at the rate that they are, then Call of the Night could easily become one of the best vampire comedies of the last few years. 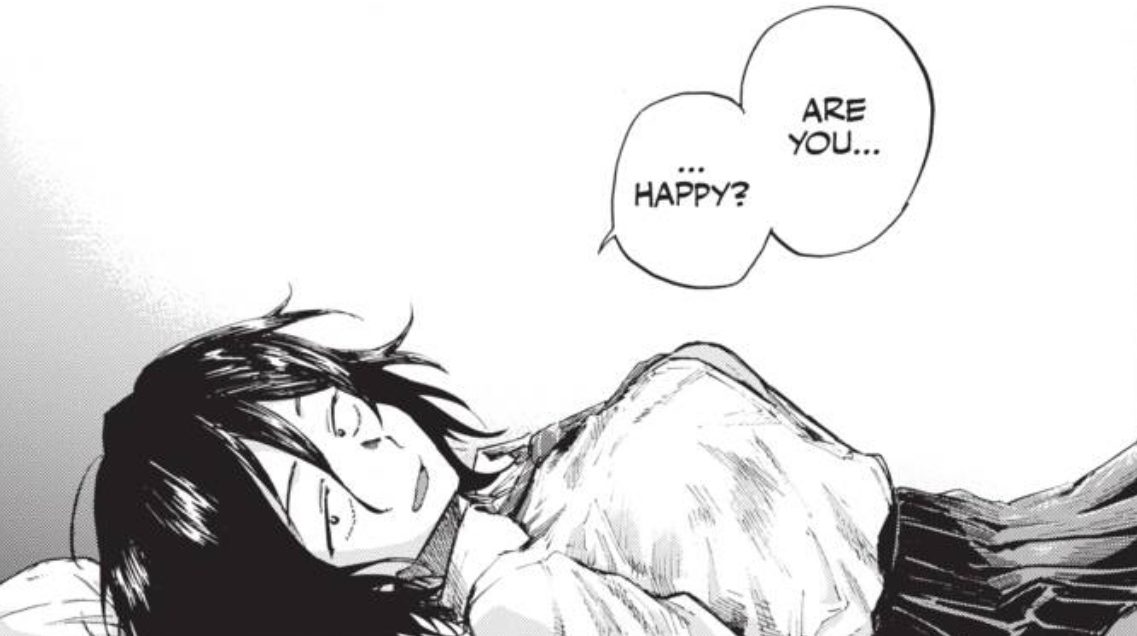