HomeComics/MangaMANGA REVIEW | "Call of the Night" - Volume One

MANGA REVIEW | "Call of the Night" - Volume One

MANGA REVIEW | "Call of the Night" - Volume One

Manga author Kotoyama has quite the sweet tooth when it comes to their creations. Their previous work, Dagashi Kashi, relished on showcasing the best candy Japan had to offer, in ways that were both funny and informative. Now that Kokonotsu, Hotaru, and Saya’s story has come to an end, it’s time for Kotoyama to find another source of sweetness. Call of the Night, their latest series, finds said sweetness in one’s DNA.

Ko Yamori is an insomniac. His struggle has left him skipping school, with nary a friend there to offer their assistance with his troubles. On a late night out, he runs into a strange girl named Nazuna, who promises that she has a solution to his sleeping troubles. At her place, Nazuna reveals her true self: she’s a vampire, who just so happens to find Ko’s blood the tastiest she’s ever had! 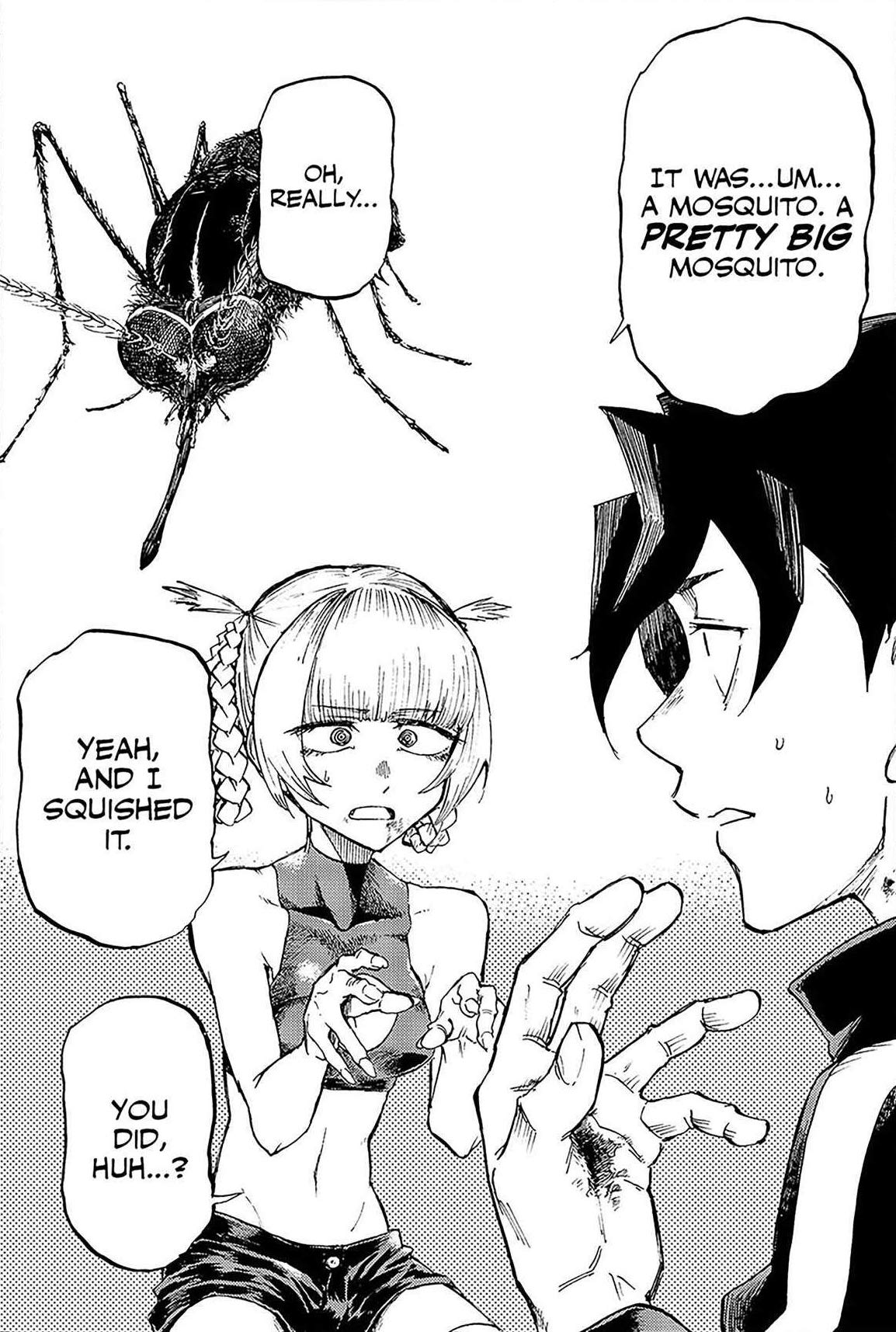 When Ko finds out what she’s doing, the two strike a deal. Nazuna will savor his blood to satisfy her cravings; Ko will attempt to fall in love with her so he can be turned into a vampire. The plan doesn’t go over too well with Nazuna at first, who doesn’t want to be tied down to a single person her entire (after)life. However, as the two get to know each other, a certain spark can be felt both by Ko and Nazuna.

There’s a chemistry between Ko and Nazuna that feels strong right off the bat. How they interact with one another even on their first meeting shows that they’ve built some level of trust, even if it’s more on the rebellious side. It’s when Nazuna’s vampiric tendencies come into play when the emotions start running hot, at least from Ko’s perspective. Of course, his plan to be turned into a vampire is merely not for the sake of love; it’s for the ultimate escape. 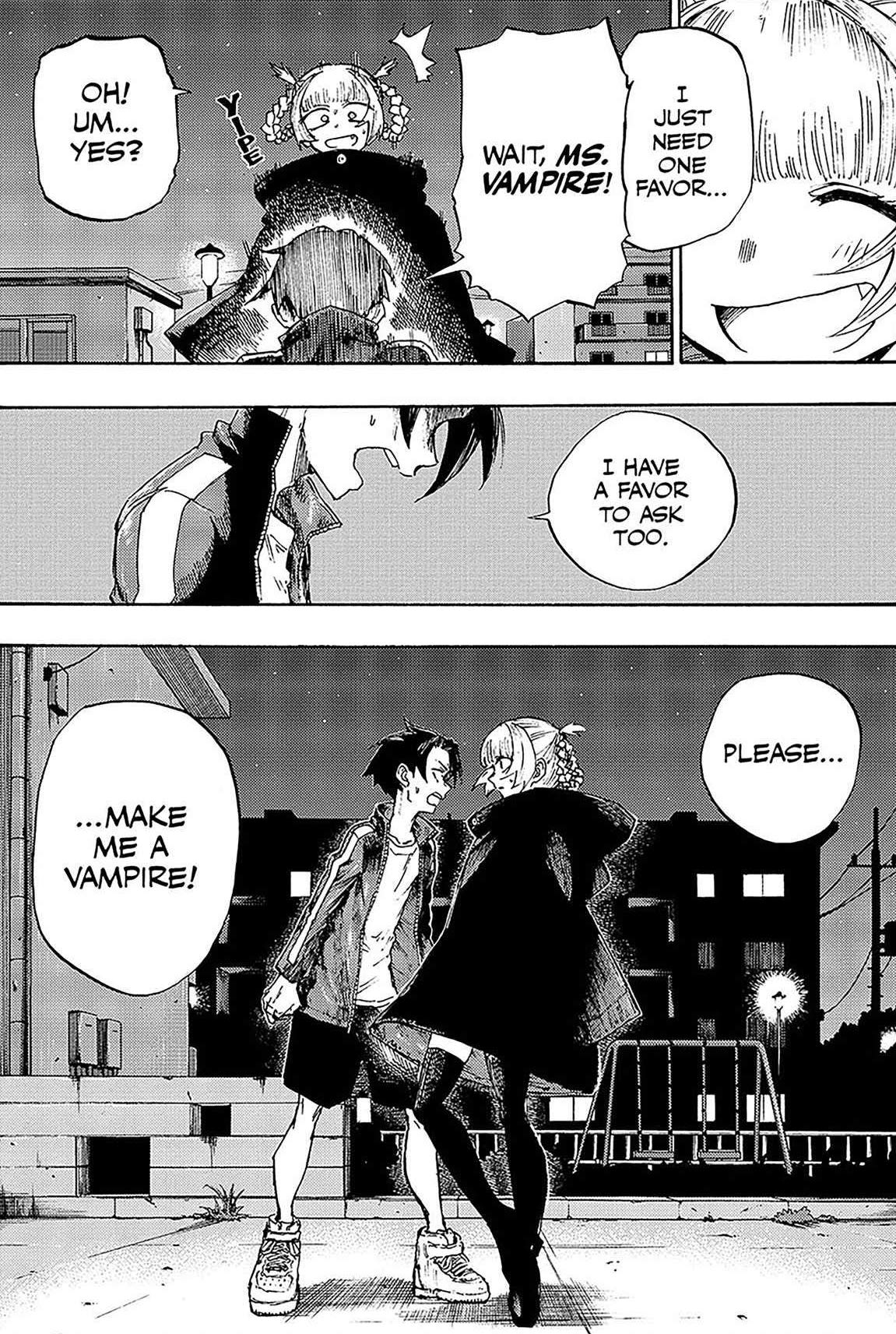 Kotoyama does a great job focusing on Ko’s unhappier self. It’s clear that he suffers from depression, on top of his insomnia. While not at all suicidal, Ko is in a very deep funk that requires someone to come pull him out of. That person is Nazuna, who does seem to realize that she’s kind of rescued him from wallowing in the darkness alone. Now that she’s found him, that loneliness disappears from the wayside.

Things get a little complicated when childhood friend Akira comes around. Although Nazuna claims that she’s only interested in Ko’s blood, it’s apparent that she’s hiding some sort of feelings for him. Thankfully, it rarely gets too awkward for Ko and Nazuna (and Akira, for that matter), as the banter between the main characters leans much farther into comedy than it does drama. And that’s where some of Call of the Night’s best strengths lie. 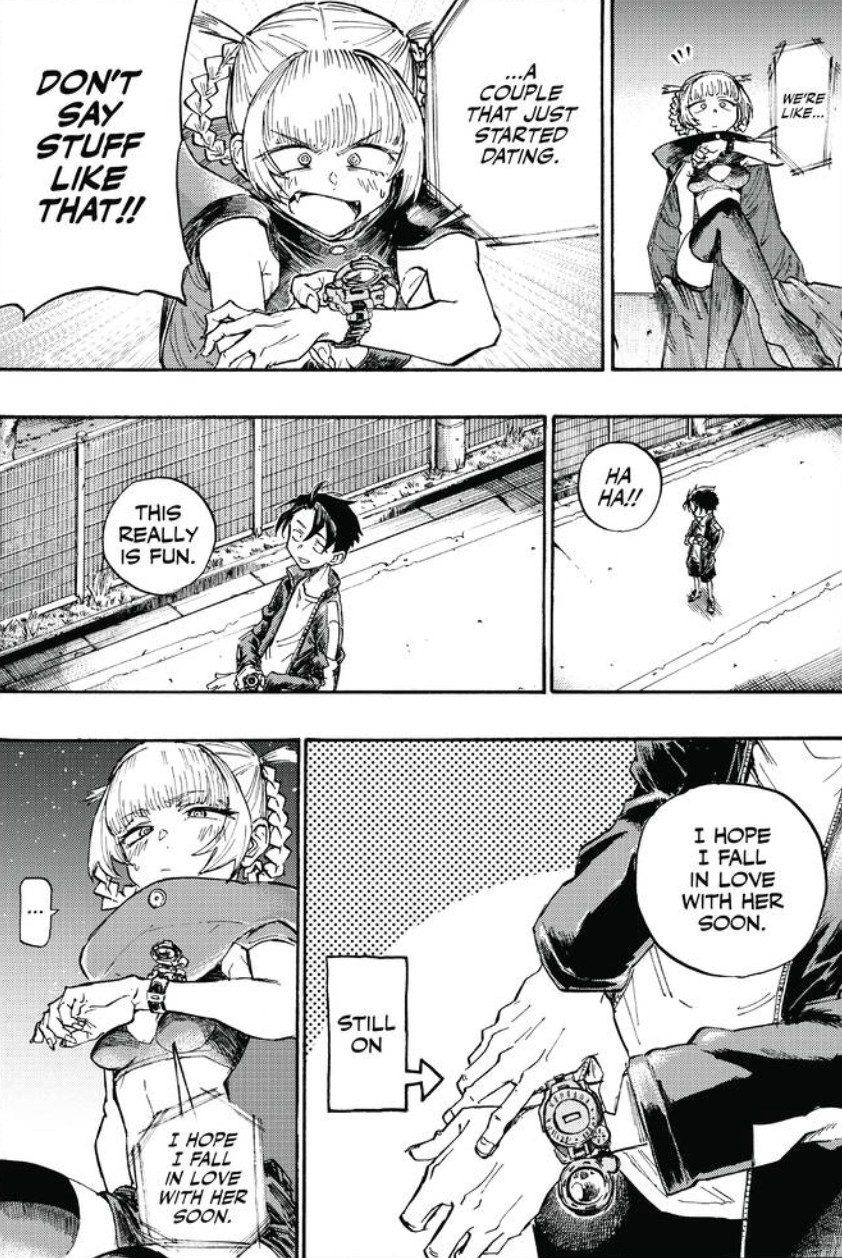 It’s very funny seeing Nazuna treating bloodsucking as a form of “coitus” (her phrase, not mine!), with Ko freaking out every time she merely mentions the word. The way she blushes whenever Ko brings up the vampire love pact is evidence towards her real emotions, even if she tries to hide her feelings in a similar way as the titular character of Don’t Toy With Me, Miss Nagatoro. On top of that, her lack of knowledge in modern technology is evident by the massive cell phone she owns, which she never carries around because it weighs like a brick! But when it doesn’t want to be too silly, the humor comes off as pretty cute, especially when the two of them act friendly during the night.

From a visual perspective, Call of the Night is wonderfully detailed. The character designs are on-par with Kotoyama’s past works, with this great focus placed on their eyes. It gives the characters — especially Nazuna — this “another worldly” look, as if she’s unwittingly hypnotizing Ko into her bloodsucking bidding each time. (Of course, it’s the same look that Hotaru had in Dagashi Kashi, as she often went into a massive spiel about her favorite sweets and the like!) 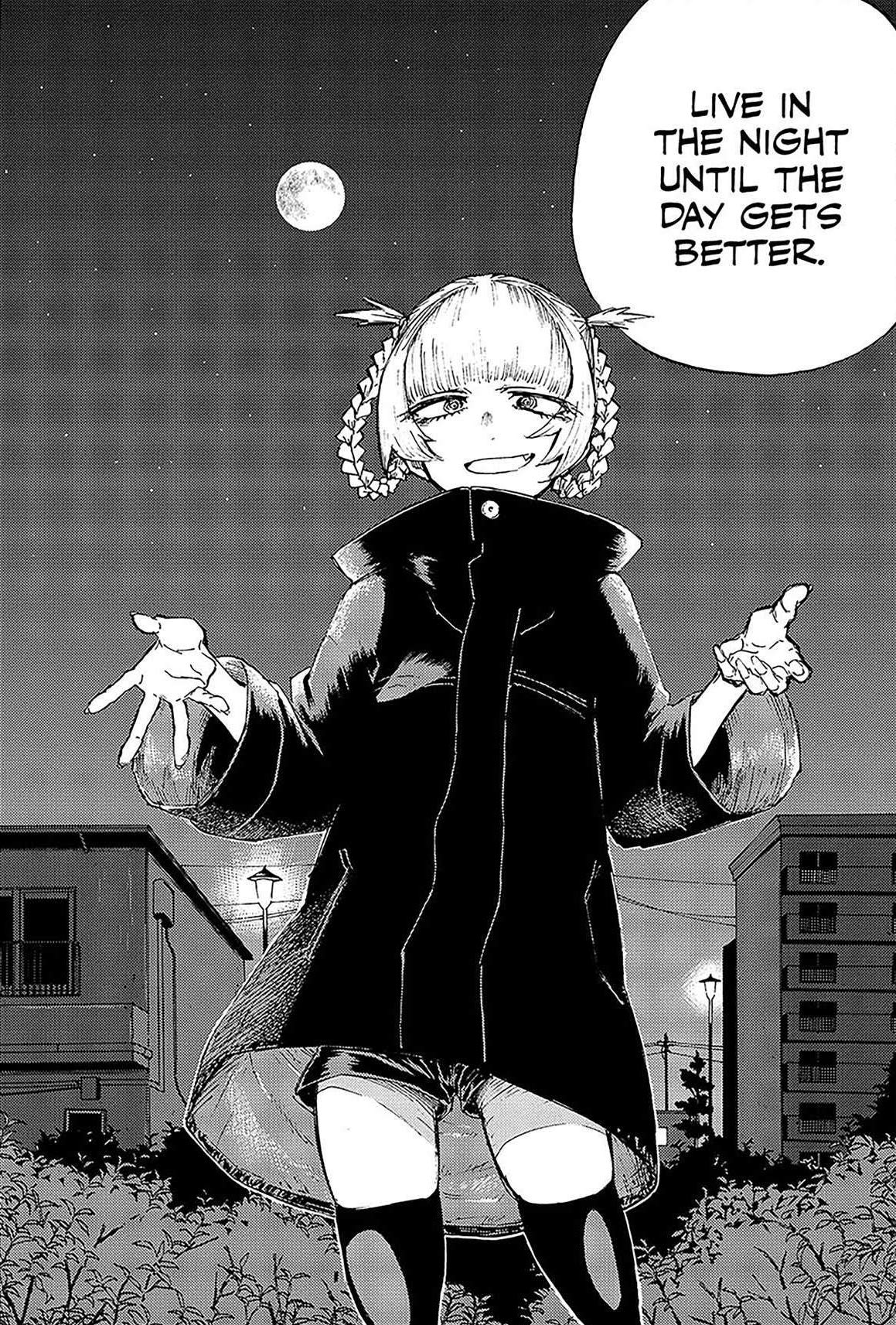 Call of the Night has some great potential, as Kotoyama has already shown their chops at mixing innuendo-filled comedy in the past. Both Ko and Nazuna are well-written characters, with Ko’s insomnia struggles demonstrated at a very relatable level. One hopes to see a lot more growth as the series progresses, as any story about vampires can find themselves in trouble of “been there, done that” syndrome. If Kotoyama can keep their ideas fresh, then Call of the Night will have no problem standing out in the fantasy comedy realm!