HomeComics/MangaMANGA REVIEW | Humorous Perceptions in "Captivated, by You"

MANGA REVIEW | Humorous Perceptions in "Captivated, by You" 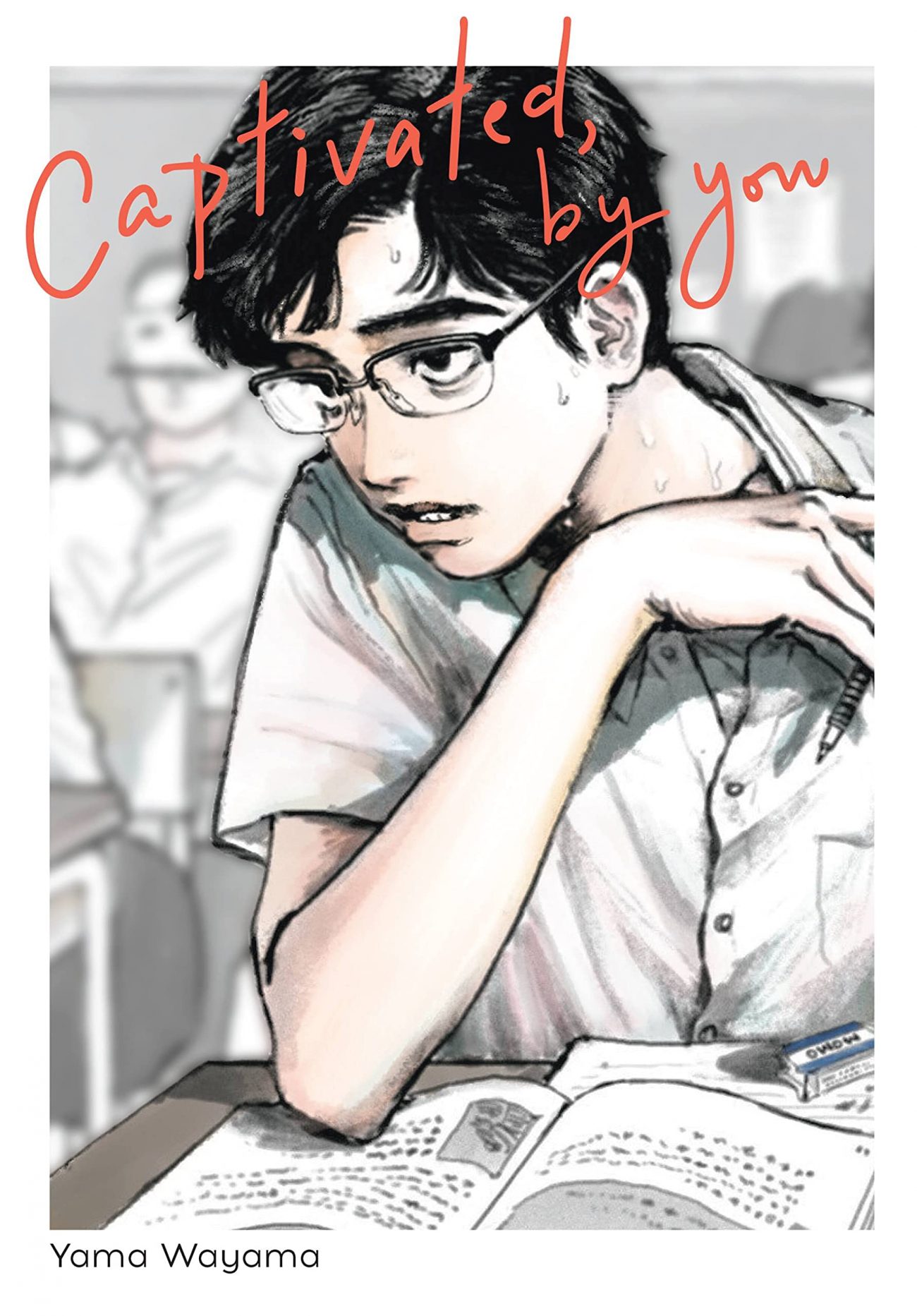 MANGA REVIEW | Humorous Perceptions in "Captivated, by You"

In high school, there’s “that guy”. They're always the talk of the hallways, be it the legendary quarterback or the infamous loner. Sometimes they’re the Fonzie, other times they’re Sawako. But when you merely utter their name, it always gets that “Ah, I know who you’re speaking of!” kind of reaction. Yama Wayama’s short story collection Captivated, by You places a spotlight on two individuals that fall into the “that guy” category, be it either the mysterious or the creepy.

Split in half, Captivated, by You first focuses on a guy named Hayashi. His mannerisms are a little odd, but he has an attitude that brims with both listlessness and bravery. One moment, he’s counting all of the stairs in school, and the next he’s showing up in a panda costume handing out a Chinese restaurant coupon. But even when he’s serving as a background character, he becomes an important part of someone’s story.

Despite his importance in the first four stories, Hayashi isn’t the main character; rather, he’s the gear that gets the story going. A young girl connects with him over quirky Instagram photos; a bullied kid finds a hot cup of courage from him; and an artist literally draws inspiration from his aura. Hayashi’s actions lack reason, as his attitude takes a “just because” sort of route. But because of this, what he does in these stories is both funny and warm-hearted.

In the second half of Captivated, by You, the stories surround Nikaido. Rumors flood the school that any dealings with him will result in being cursed. However, his true reasons behind his mannerisms result in some silly misunderstandings and funny origins. But when a classmate compares him to a Junji Ito character, his world spirals into a setting that even he didn’t predict. As such, Nikaido slowly comes out of his shell, with classmates welcoming him into their circle despite not even recognizing him!

Nikaido’s narrative puts a bigger focus on him than anyone else. His past self winds up being the complete opposite of his current version, with him intentionally looking creepy so women don’t fawn over him. A class trip to Okinawa is where his isolation starts to deteriorate, as girls drag him into a scary story tell-all and classmate Medaka lets him crash with him & his friends during the trip. Of course, the school trip opens up another humorous can of worms, as new ghost stories emerge soon after they return to school.

With this being Wayama’s debut overseas, Captivated, by You serves as a solid introduction to her art and storytelling style. She has a knack for showing of the comedic side of life, as it’s presented through a relatable lens. One hopes that Wayama’s current work Onna no Sono no Hoshi gets released over here, as I’m curious to see how her style of writing fares in a longer serial. Until then, Captivated, by You serves as a delightful sampler for what’s to come from this up-and-coming author.