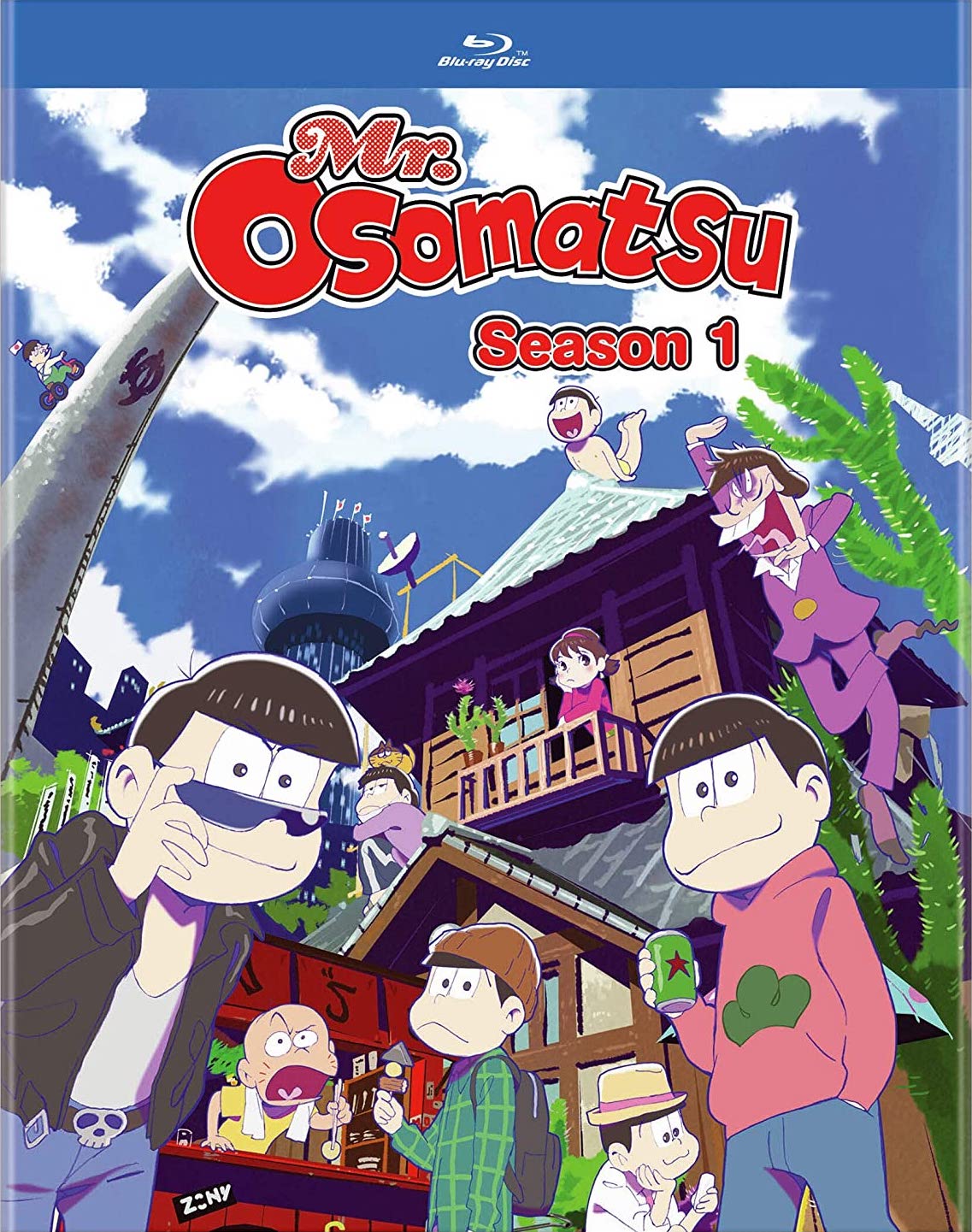 Gag anime can be very difficult to dub in English. Sometimes a joke in Japanese doesn’t make much sense in English, especially those that are pun-based or are attached to something related to its culture. When Funimation dubbed Nichijou, it painstakingly captured not just the humor in a way English speakers could understand, but also captured the spirit of Keiichi Arawi’s original manga in great ways. But VIZ Media has accepted a challenge much tougher than adapting Nichijou: dubbing Mr. Osomatsu.

For those unfamiliar with the series, Mr. Osomatsu is a follow-up to Fujio Akatsuka’s Showa era manga Osomatsu-kun. While the anime was modernized for this century (as well as aged the sextuplets to being 20-somethings), it still had the spirit & personality of an old-school gag manga. As such, a lot of its comedy — as well as why it’s funny — can be lost in translation. So with all these pitfalls in its way, could VIZ Media make an English dub that brings the funny in the same way the original does for Japanese viewers? 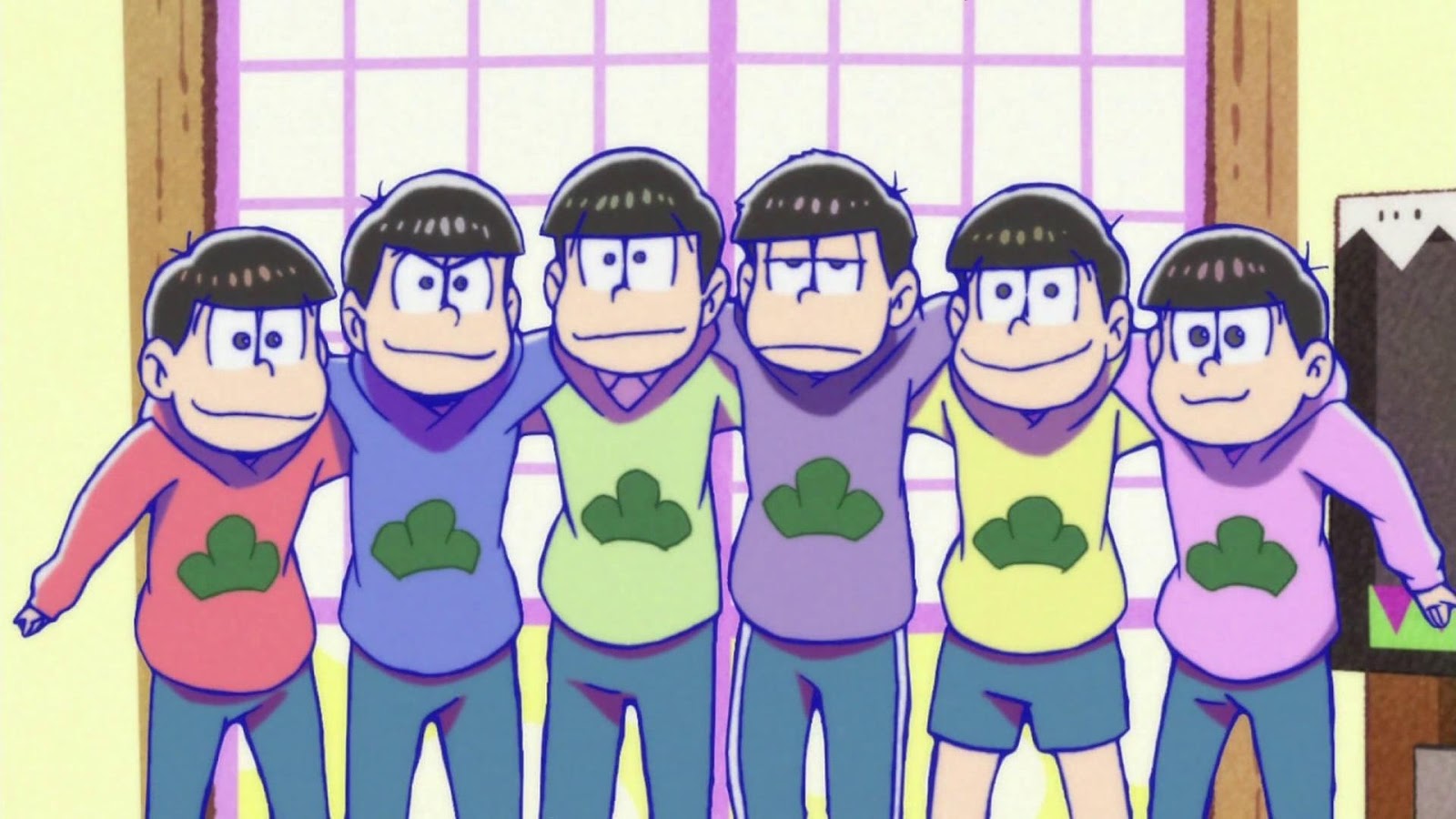 Let’s get the first part out of the way: the script. One of the big issues of the first half of Mr. Osomatsu’s first season was that it was funny only half of the time. Again, this is due to the differences between traditional Japanese humor and Western humor. Thankfully, scriptwriter Christopher Bevins have managed to punch up some of the jokes that originally fell flat for the English-speaking crowd. Gags about running an oden shop, rent-a-girlfriend services, and a calming detective hit a bit harder here, thanks in part to Bevins pushing the envelope a little more than its Japanese counterpart.

Regarding the second half, this is where Mr. Osomatsu started to focus on more universal humor rather than being Japan-specific. Gags about catching Choromatsu in his special private time, Ichimatsu and Karamatsu switching personalities, and the wackiest race since the Hanna-Barbera era give way to the biggest belly laughs around. While the Japanese dub is very funny to listen to, the English version adds enough spice to make the comedy slightly dirtier. 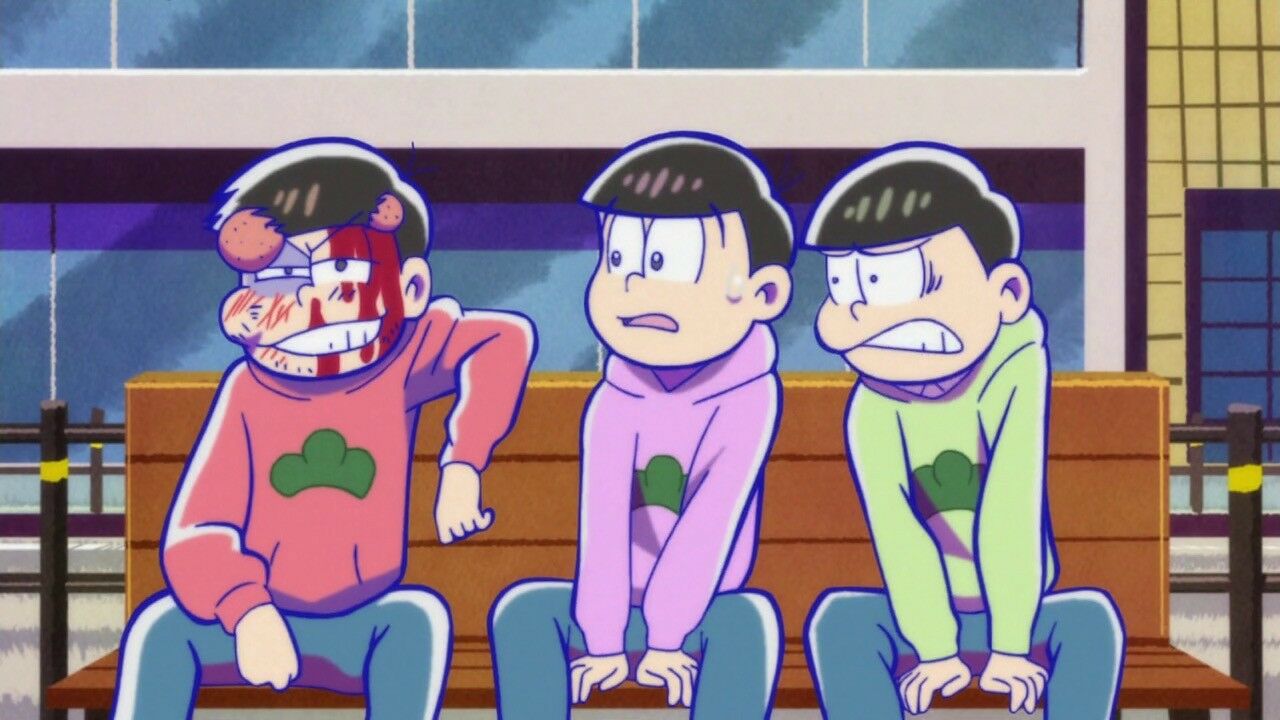 Of course, just making something filthier doesn’t simply make something funnier. It also needs to be smart with its filth, which Mr. Osomatsu does much better in the first season’s second half. However, the English dub takes enough liberties to make sure the grosser gags involving sex and dating are as humorous as it is shocking to hear. A big part of these jokes working in the way they do is thanks to the delivery of the voice actors.

It was tough enough trying to Westernize a Showa-based gag anime; it’s even tougher to replicate Japan’s powerhouse cast. For the most part, the English cast does a good job with capturing the same amount of energy. Billy Kamentz has the same level of confidence in his line delivery as Takahiro Sakurai when voicing Osomatsu, with a realist attitude in his voice. Similar to that is Ray Chase’s Karamatsu, whose slick personality is more smarmy than cool. Meanwhile, Sean Chiplock does the straight man well as Choromatsu, although his angrier moments lack the same punch as Japanese counterpart Hiroshi Kamiya. 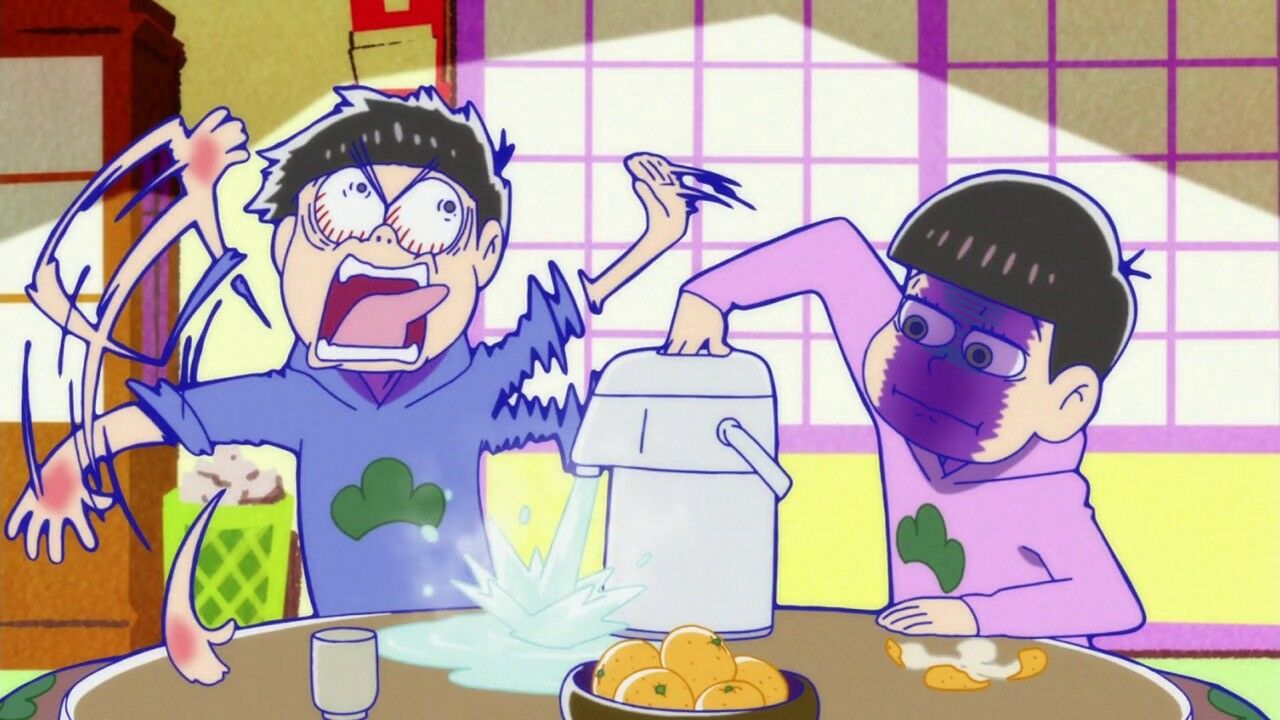 When it comes to the three brothers with the most unique personalities, it’s something of a mixed bag. As Ichimatsu, Kyle McCarley gets the droopiness and depressing elements done right, with his creepy persona hitting high with its humor. Max Mittelman plays Todomatsu with a cute tone that also sneaks in his garbage personality towards his brothers, as evident when playing barista in one of the first season’s funniest skits. Sadly, the same can’t be said about Michael Sinterniklaas’s Jyushimatsu. He does wacky well in some areas, but he lacks the energy and adorably silly attitude that Daisuke Ono brings to the character.

Surprisingly, the supporting cast also gives some fantastic performances. Cassandra Lee Morris can be cute as Totoko, but knows when to break out the viciousness in hilarious fashion. Alejandra E. Cazares takes the oden stand-running Chibita, and throws the same amount of energy and whining as Sachi Kokuryu. As the flag-bearing Hatabou, Cherami Leigh is simply adorable, even when he’s ready to shove a massive flag up the sextuplets’ bare ends or throwing his millions to scantly-clad women. Chase also takes up voicing Dekapan, who manages to sound exactly like Yōji Ueda’s performance. 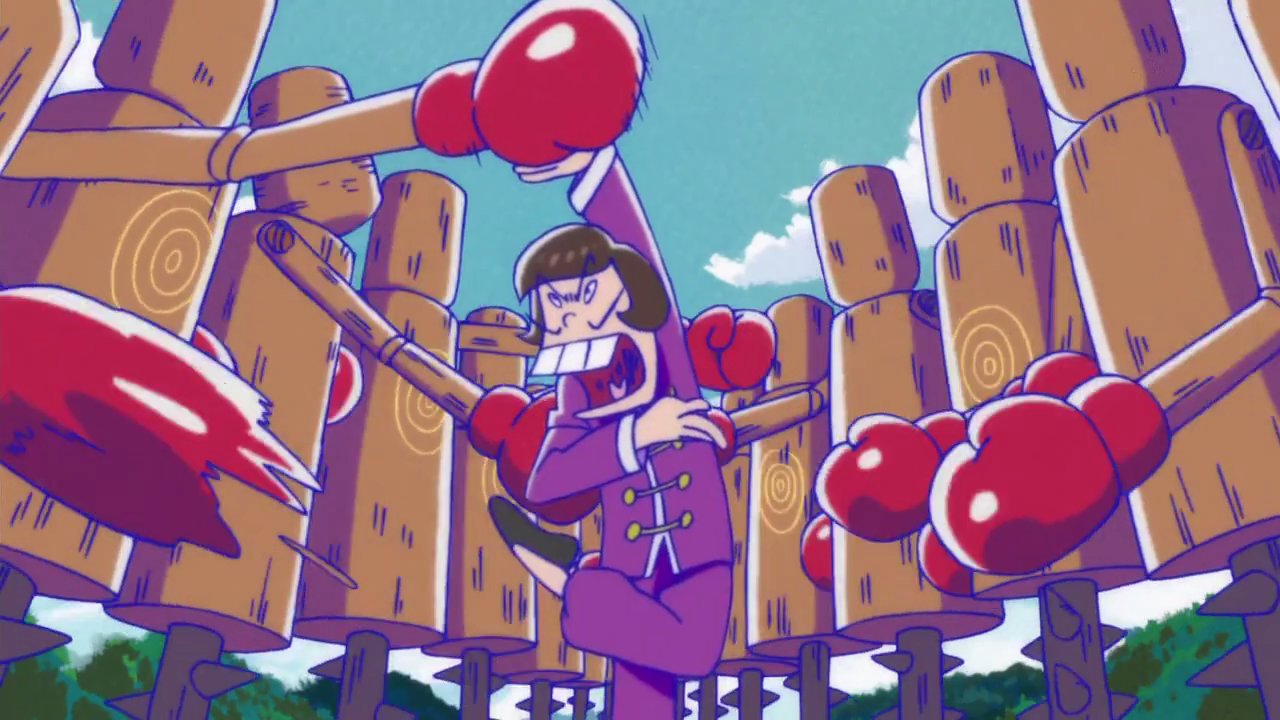 Keith Silverstein takes up double duty as the two characters with the most recognizable faces in Mr. Osomatsu: Iyami and Dayon. The latter is known for saying his name like a Pokémon, and yet he still manages to bring a laugh solely because of its delivery. Iyami, on the other hand, is a character that’s simply impossible to dub in English in the same way Kenichi Suzumura plays him in the original. Although he’s modeled off of a real vaudeville actor from Japan, his appearance and personality may come off like a minstrel show character when brought to the West. As a result, Silverstein’s performance feels a little too normal for what Iyami does on-screen. However, given the other (and certainly wrong) option, it’s okay for the most part.

First off, the infamous first episode of Mr. Osomatsu is not on here, which doesn’t come as a surprise since it’s been basically scrubbed from existence. However, not only is it made up with the addition of Episode 3.5, but also the eight additional shorts made exclusive on the Japanese Blu-Rays. There’s some pretty impressive technical details in “Mr. Robo-matsu”, and the puppetry in “All Sheeeehs” is very cute. However, the English translators have some fun with the “Shiratori” bit, as an added commentary showcases why such a gag is impossible to make do outside of the Japanese language.

As a whole, the Mr. Osomatsu English dub hits the right notes in ways that the Japanese version also does well. It takes half of the season before the wackiness truly cranks it to legendary levels, but the English script manages to fix some of the first twelve episodes’ problems. The joke issues are non-existent in the series’s second and third seasons (as well as the film), so I’d be curious to see how this cast would handle that material. For now, VIZ’s dub of Mr. Osomatsu Season One is a lot better than one could’ve imagined. Here’s just hoping it doesn’t take another 3 ½ years for the other seasons to be adapted!