MANGA REVIEW | "How Do We Relationship?" - Volume Two 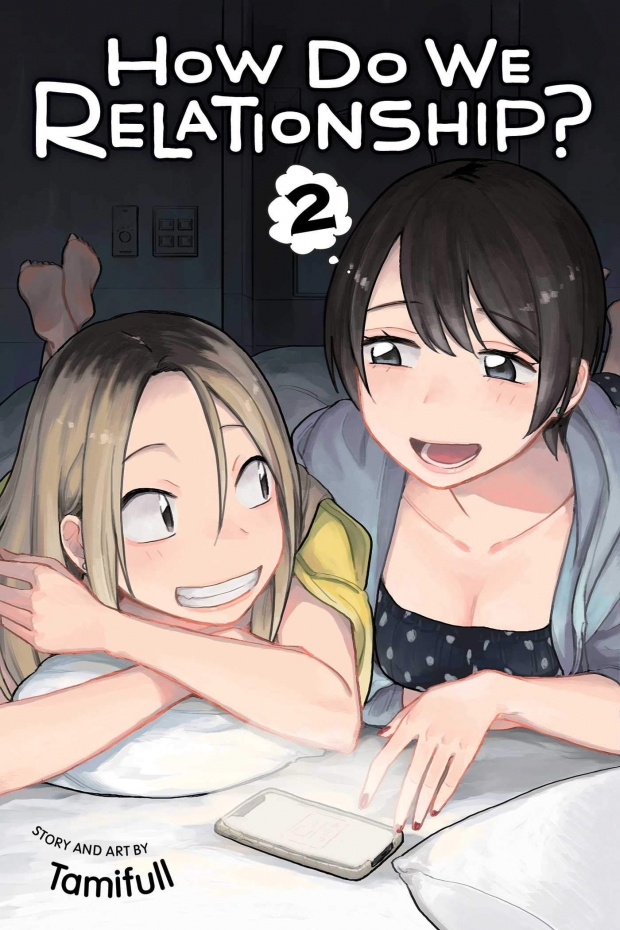 Tamifull’s How Do We Relationship? took me surprised when its first volume dropped. While there have been a lot of really good yuri stories I’ve read in the past, this was one of the first that had a coupling that felt genuine. It dove deep into how two lovers discovered one another, as they get to know their likes, dislikes, and even whether or not they’re actually compatible together. This is demonstrated wonderfully in its second volume, as Miwa and Saeko shoulder each other’s burdens and deal with how they publicly show off their affections.

After finding out that they have some great physical compatibility, a test of Miwa and Saeko’s relationship is placed during a band club retreat. As their group practices and hang out, a lingering problem regarding jealousy sticks in Saeko’s mind. Meanwhile, Miwa attempts to come out of her shyness, with her slowly attempting to showcase her true self. However, not everyone in their band club is exactly cool with Miwa and Saeko dating. 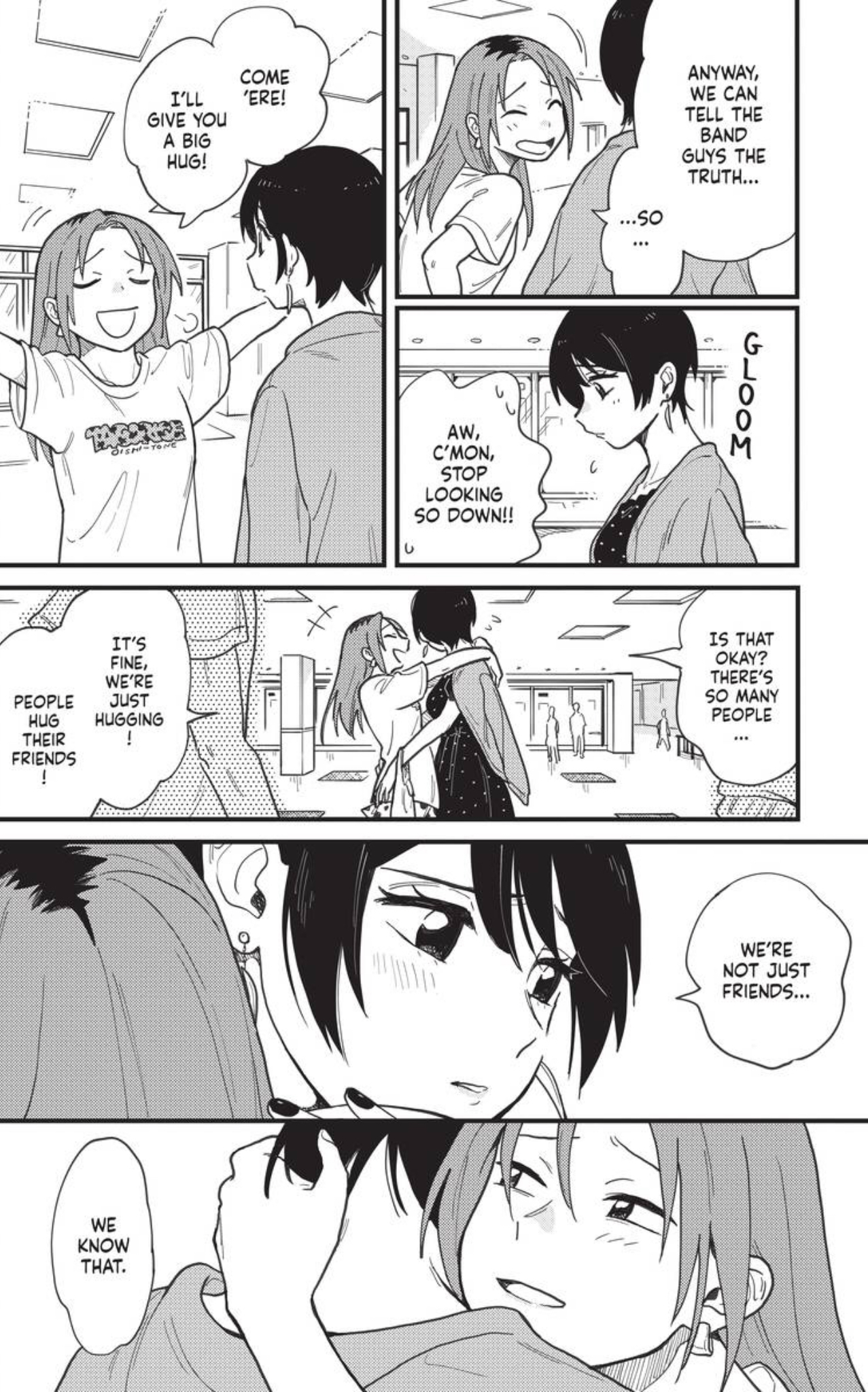 There are many things that How Do We Relationship? does right, especially when it comes to presenting realistic character development. With Tamifull wanting to do a manga about a couple right at the get-go instead of the usual long-winding romance road most writers go with, we see Miwa and Saeko evolve as a couple at a believable pace. They have their talks, their arguments, and even moments where they have their emotional breakdowns. But the way they comfort one another during their tougher moments makes their relationship all the more endearing.

Some readers will no doubt blush when they open to the first page of the first chapter, as they see Miwa and Saeko deep in the act of passion. The portrayal of sex in manga has often been showcased as hot, rough, and incredibly heavy. What Tamifill does here is demonstrate that sex can also be cute, as both are worried if they’re doing it right or if it’s feeling good. Even during these moments of lovemaking, the amount of love and care that Miwa and Saeko have for one another is genuinely sweet, which isn’t something you don’t see often in mature-rated manga. 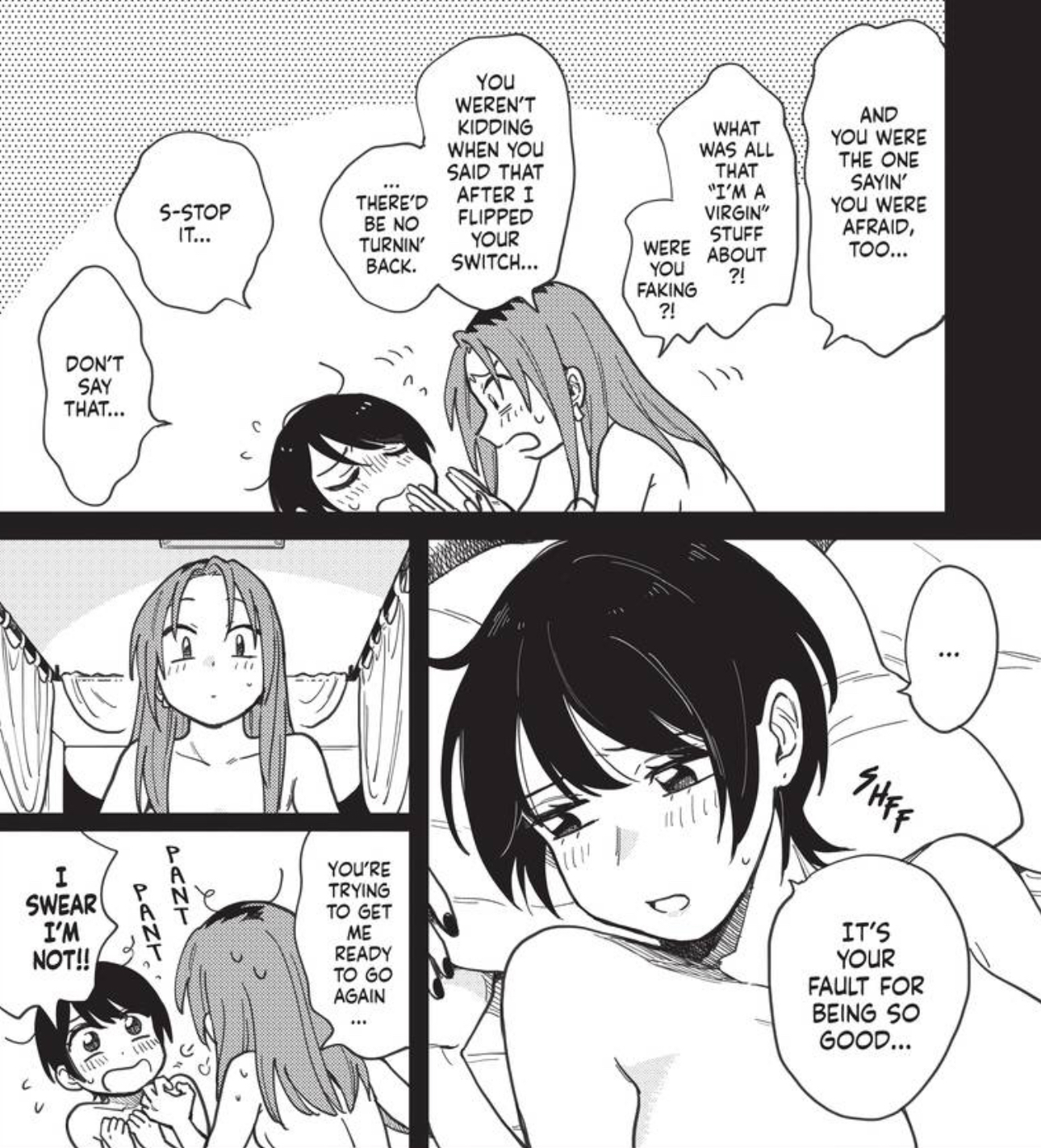 One moment that stands out in this volume of How Do We Relationship? is a discussion Miwa has with Kan, who is openly bothered by her relationship with Saeko. At first, it appears he has a homophobic stance on love and dating. However, as one sees in a flashback, it’s clear that Kan is repressing something about his true self. This moment is a strong representation of how certain people who are opening against the LGBT community are often repressing their own desires for the same sex. One wonders if this will be the case with Kan, who looks ripe for an epiphany of his own.

Another moment that shines involves Usshi, who is hinted as being asexual. Her thought process about never understanding romance or how to fall in love is something that many people in that community often deal with. As being gay or asexual isn’t normalized in Japan, Usshi’s late-night chat with Miwa opens her eyes to how many people struggle with feelings that aren’t the norm of society. Not only is it endearing, but it also showcases the mentality in a way that would make anyone who doesn’t feel this way understand what they’re going for. 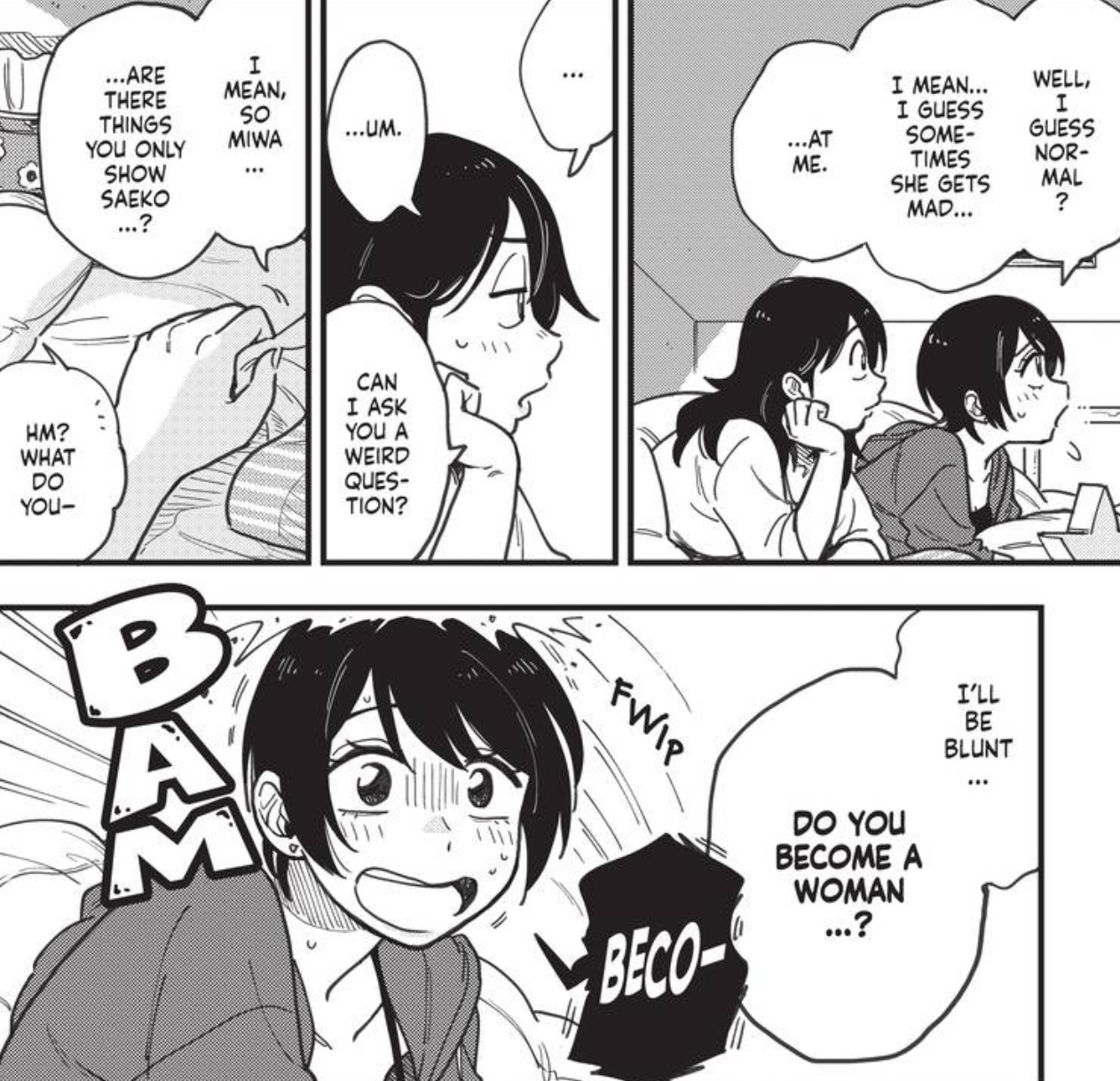 Volume Two of How Do We Relationship? pushes along Miwa and Saeko’s romance on a strong and believable path. It stays in a realist world, as dating in the LGBT community isn’t as accepting in Japan as other parts of the world. The question remains as to whether or not the two of them will be a lot more open about their dating as the series goes on, as it’s clear that they’re in a place where such a thing would be a challenge. At any rate, How Do We Relationship? is shaping to be a stellar romance series, one that anyone — gay, straight, bi, or asexual — can find something to relate to.