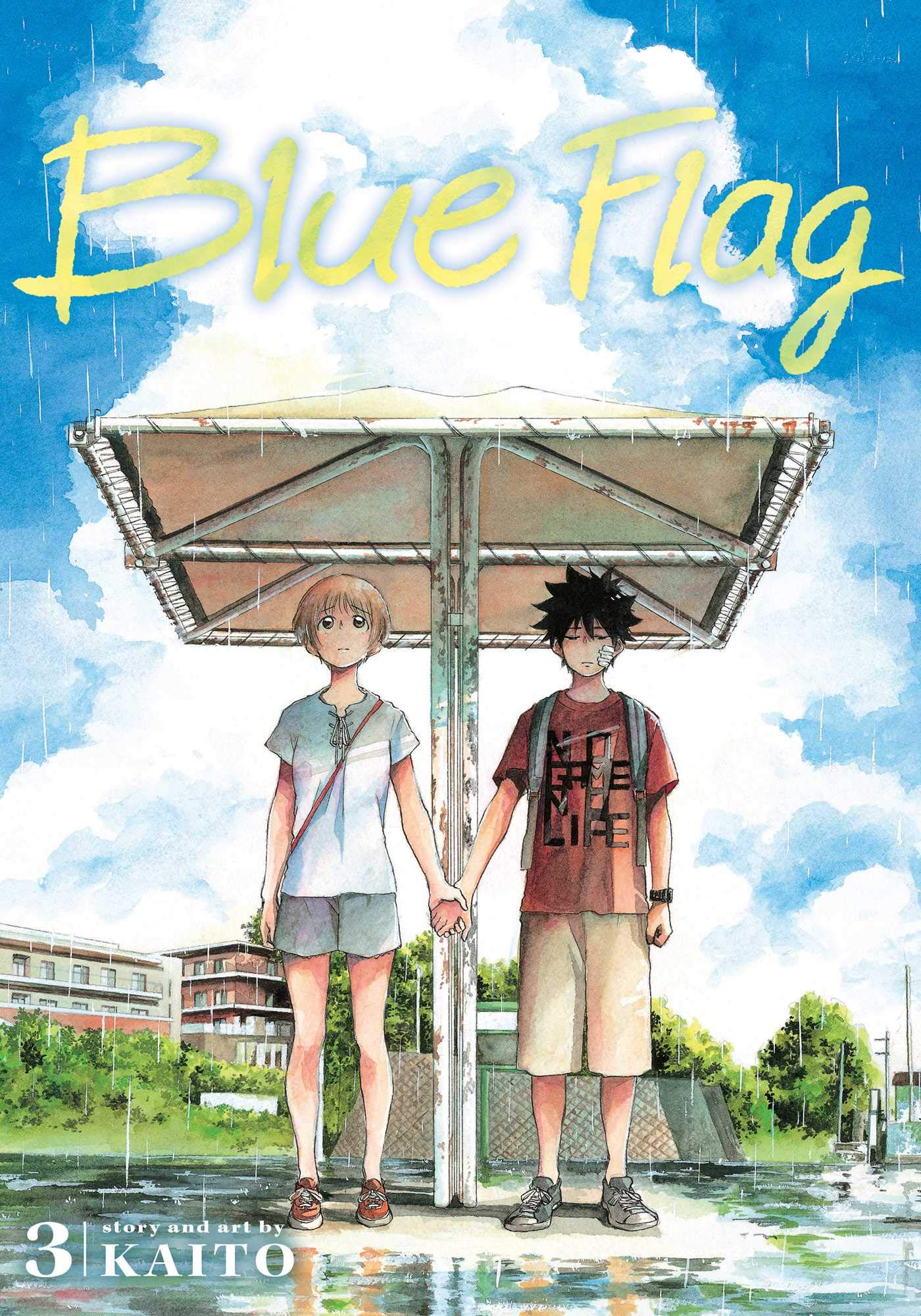 After the sheer shock of what happened in Volume Two, one would worry that Blue Flag’s tone would change. Good news: Toma survives, with only a minor broken leg to show for the accident. But the incident rocks Taichi hard, giving way to the mood that Volume Three sets for its readers. What occurs though is a level of drama no one could’ve predicted, but done so in a way that delivers a hell of a wow factor!

Taichi blames himself for Toma’s accident, as his emotions eat at him. When brother Seiya arrives, Taichi realizes that he almost repeats a tragedy from their past. Futaba attempts to calm him, but Taichi feels like he doesn’t deserve the attention she gives him. Meanwhile, Toma nearly confesses his feeling to Taichi, with Futaba also dealing with her own thoughts about her two friends. 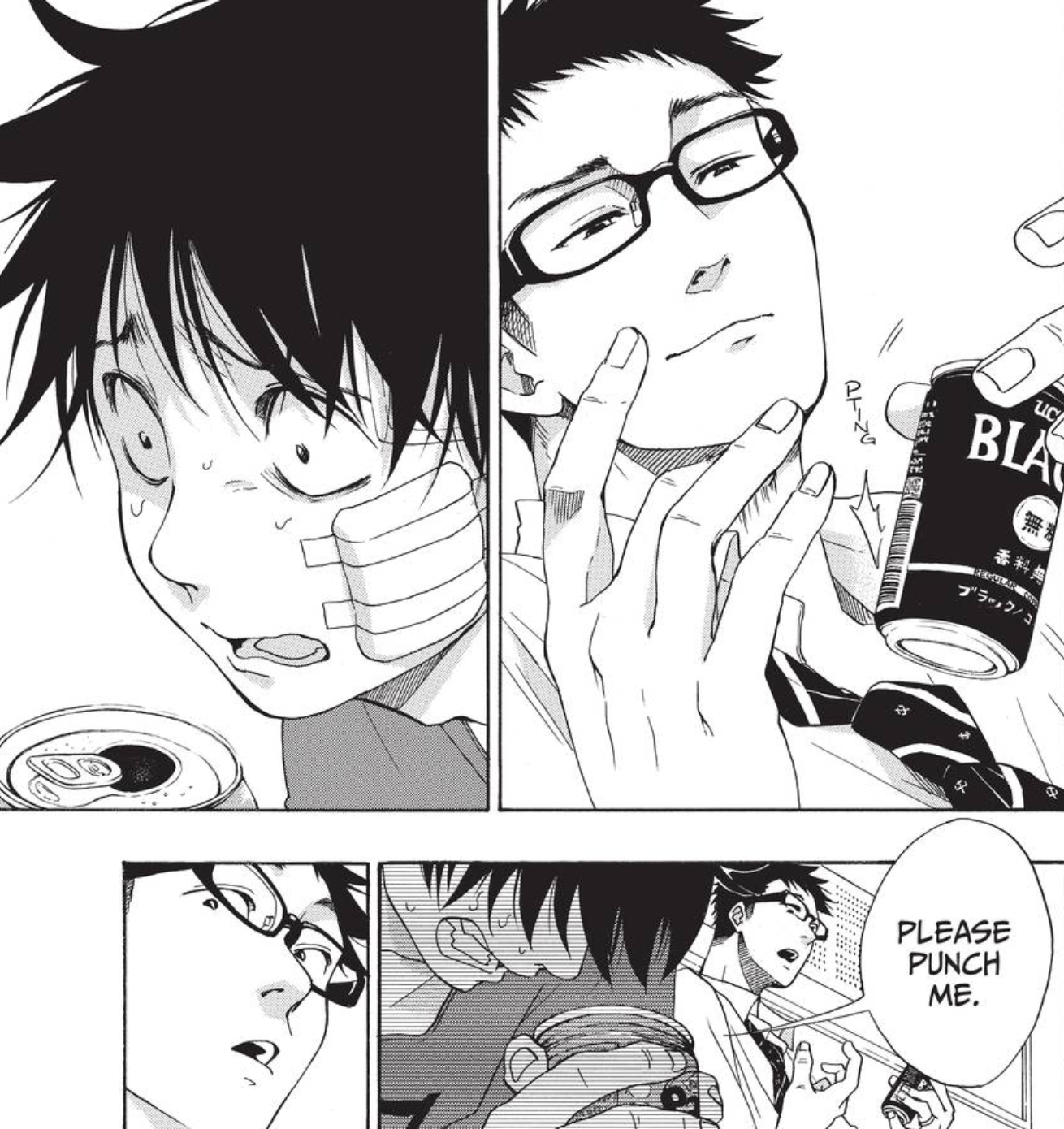 The notion that one’s sadness and depression trumps another’s plays heavily in this volume of Blue Flag. Both Toma and Taichi are rifled with guilt over their actions and beliefs, as the baseball team moves on without Toma and Taichi feels awful about how his mistake cost him a place in the playoffs. Even with Toma showing that Taichi’s life means more than a silly game, Taichi still feels awful about the incident. But it’s the shy Futaba who steps up to try to make things right.

Futaba attempts to bring Taichi back to his normal ways, but he tries to push her back to Toma, whom she seemingly still has a crush on. But a moment evading the rain gives way to some hidden feelings, as Futaba becomes confused over how she feels about her male comrades. A conversation with Masumi reveals how she truly feels about both Toma and Taichi, pushing her towards making a grand realization. And how she comes to this conclusion is coated with sweetness. 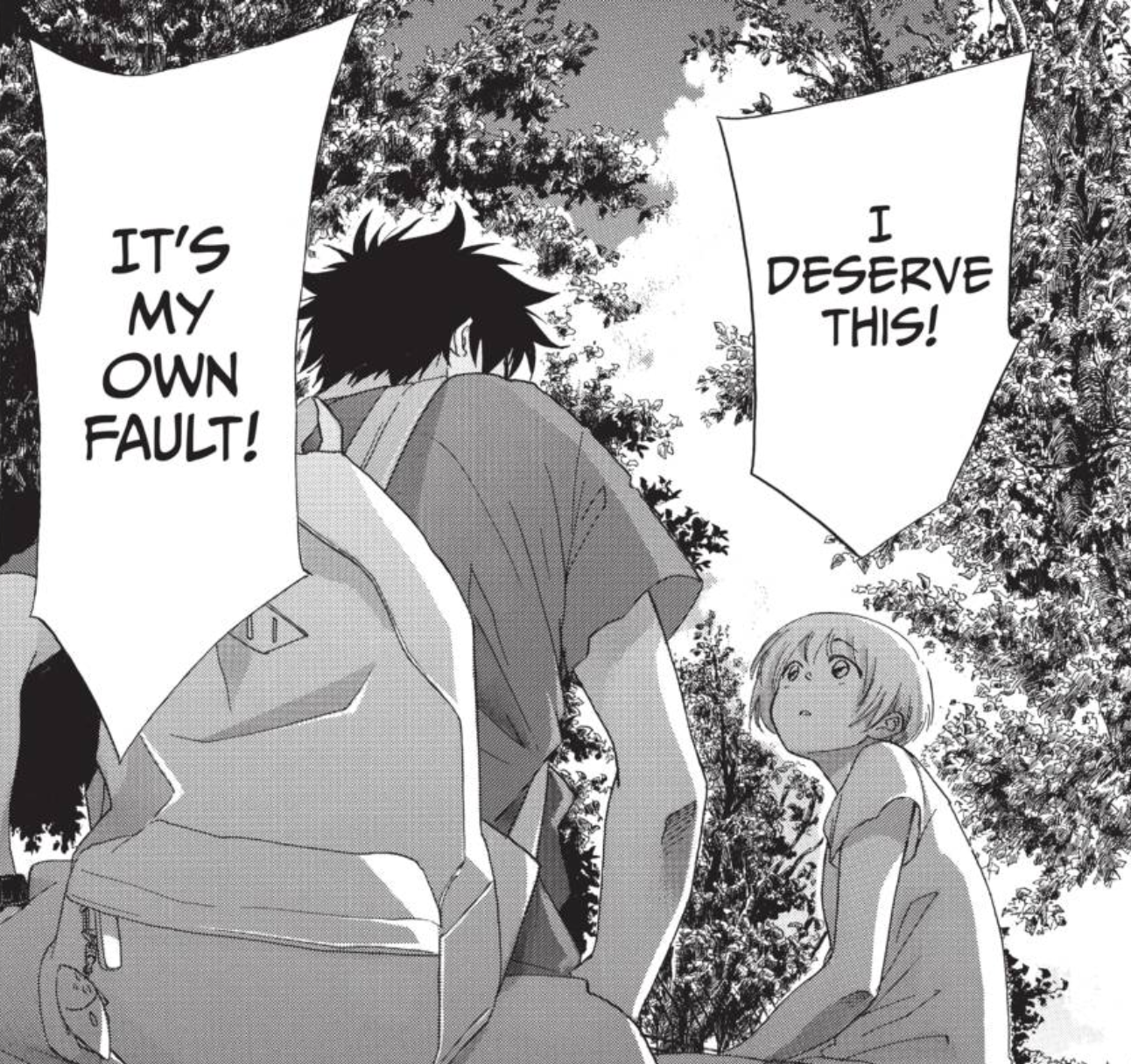 It’s here where Futaba becomes the breakout character of Blue Flag. Her genuine kindness and understanding makes her the most memorable person in the story. Perhaps it’s the way Kaito draws her like an adorable cinnamon roll, but her words and actions come off in a level of cuteness that makes her irresistible to nearly any reader. This also seems to affect the people she’s surrounded by, with even the angry-with-himself Taichi calming down as she holds his hand.

The dynamics between Toma, Taichi, and Futaba appear to also be on the verge of changing. Now with Taichi being in an unknowing love triangle, it’ll be interesting to see how he will take his two friends being in love with him. Considering that Taichi doesn’t seem to be gay or bisexual, one wonders how he’ll take knowing Toma has these strong feelings for him. Will it cause a rift in their friendship, or will there be some sort of understanding between the two of them? 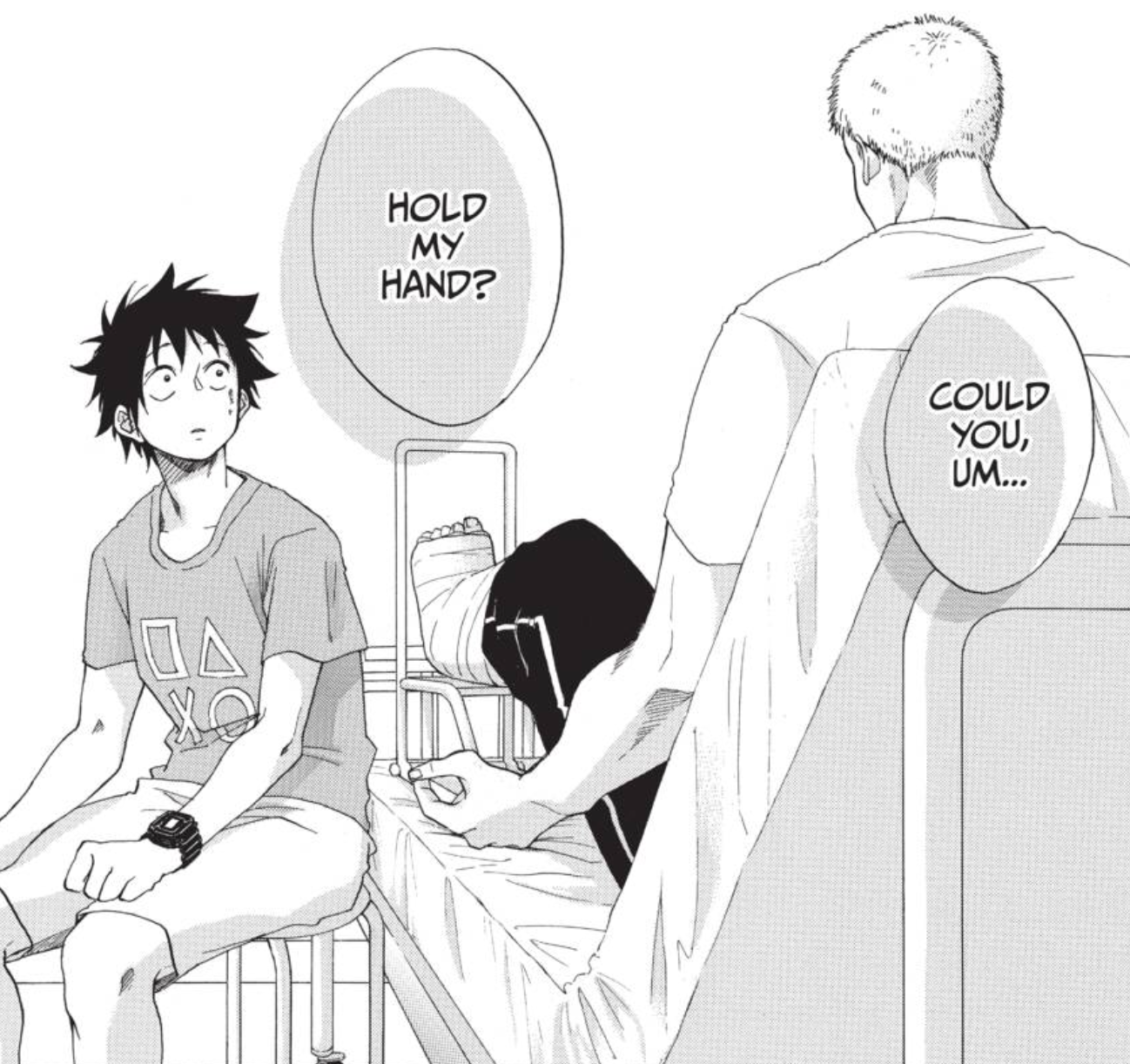 The third volume of Blue Flag is all about dealing with one’s emotions, and Kaito presents it all in beautiful fashion. With the humor taking a back seat for the majority of the time, the dramatical elements of this story are showcased in ways one will never expect. It’s heart-wrenching, deep, and — above all — relatable. With Volume Three, Blue Flag jumps from being a great manga to an amazing one!