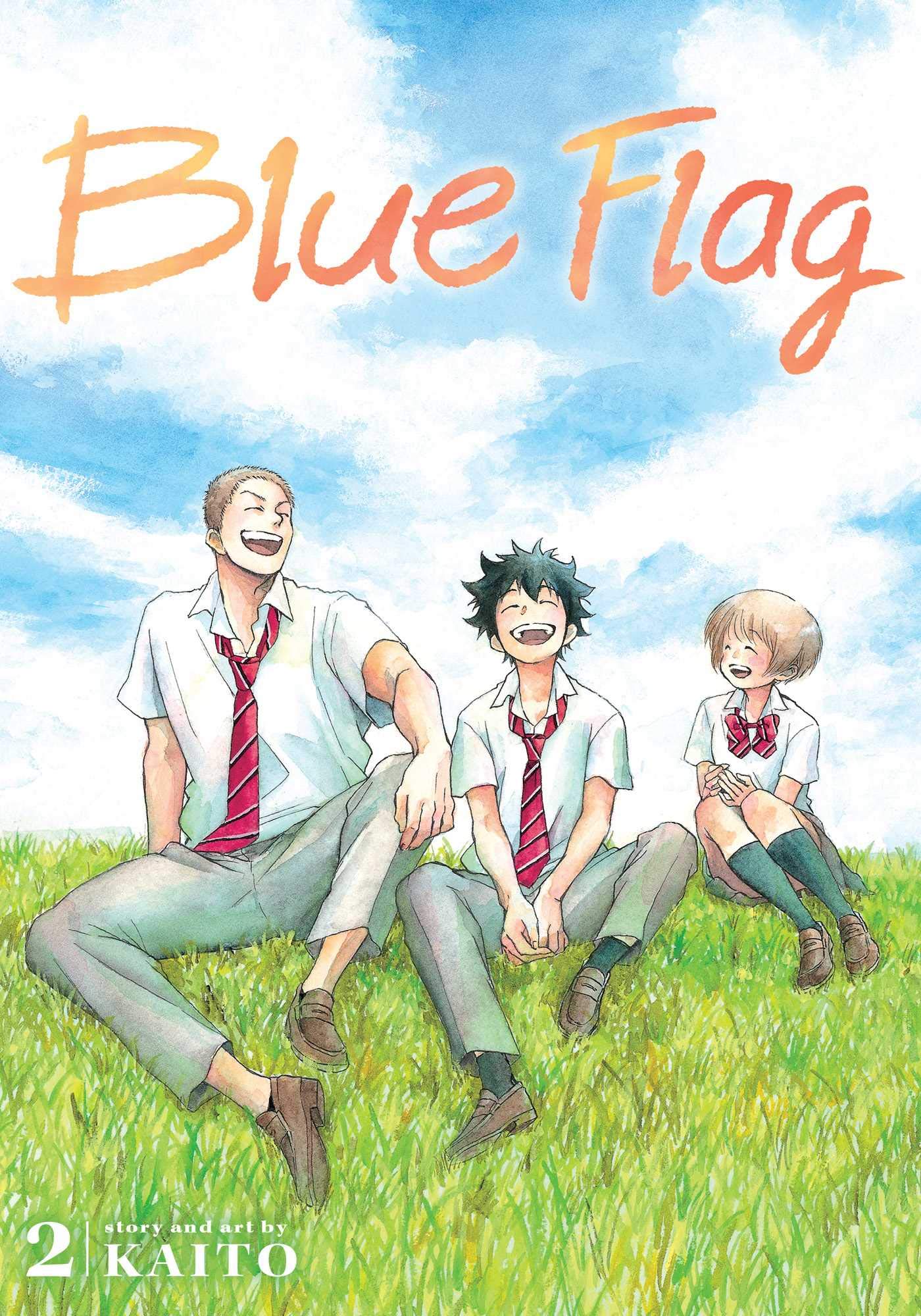 Just when you think everything is hunky dory, the rug could be pulled from under you. That feeling can bring all the joy you’ve been experience to a grinding halt, even disappearing from your heart. Despite the good that comes into your life, one cannot escape the moments that will both haunt and taunt you for the rest of days. The second volume of Blue Flag pulls this on its readers, in a way that makes all the happier moments of this release feel meaningless.

First, let’s attempt to focus on the positive vibes from this particular volume of Blue Flag. With the high school sports festival arriving, Toma convinces Futaba and Taichi to be his cheer vice-captains. As the school year winds down, Taichi discovers that Toma is uninterested in attending college. A talk with Masumi reveals Taichi’s mentality, whereas her confession about loving Futaba leaves him slightly confused. 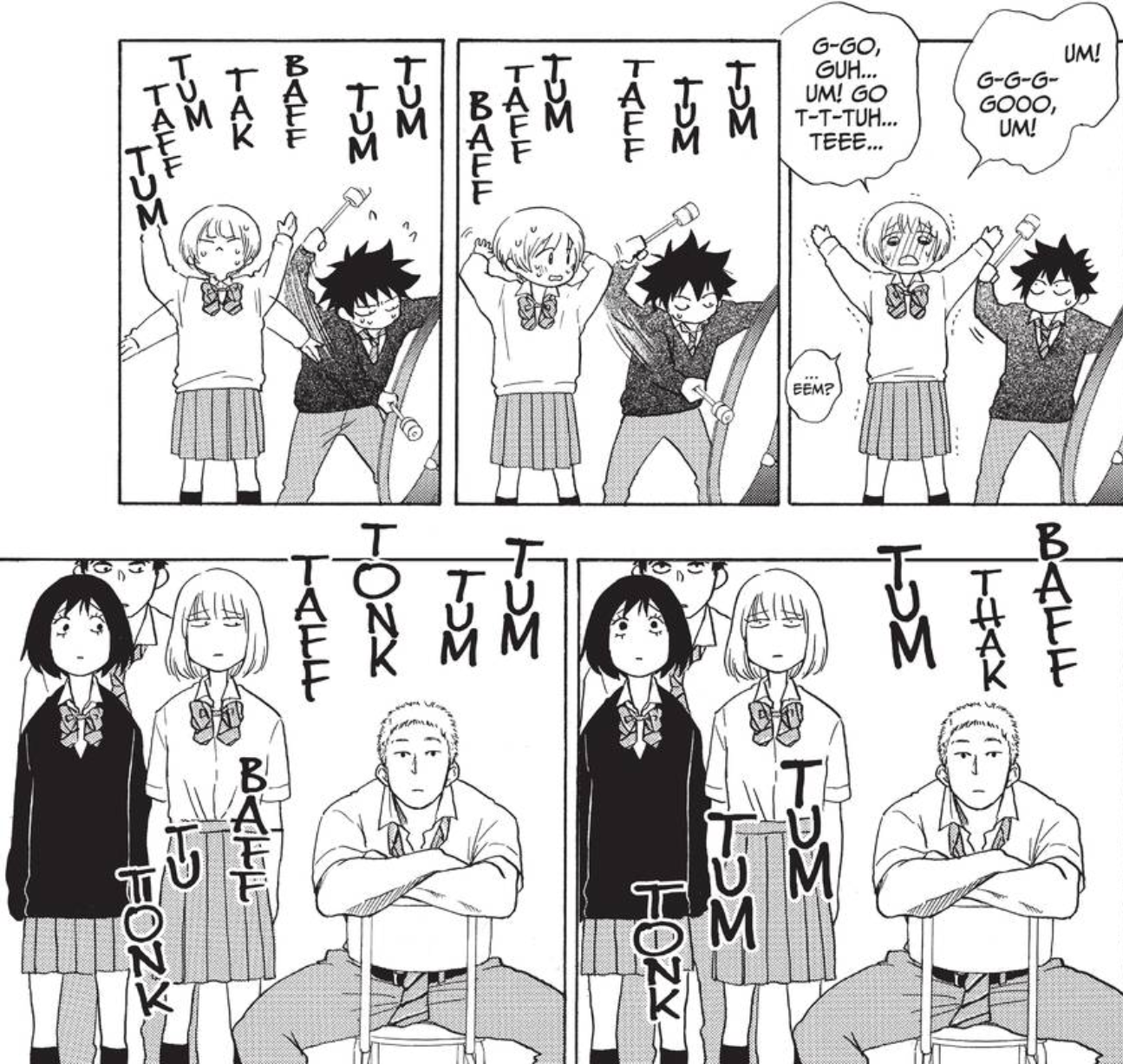 There’s a slightly hidden theme of finding one’s voice that rides through this volume of Blue Flag. From Futaba battling her stage fright and Taichi wonder what he wants to do in life, to Toma and Masumi dealing with their own sexuality, the narrative shows how these characters attempt to come out of their cocoons. Sometimes they find success, other times they still have a way to go. At the very least, I appreciate that the more realistic challenges aren’t solved magically; they’re going through a wavy motion towards their main goal.

The concept of closure plays strongly in the second half of volume two. With Toma nearing his end of high school, he’s hoping to end his baseball career on a possible high note. Things go well, with a better chance at winning the big game coming close to fruition. But then, it happens. 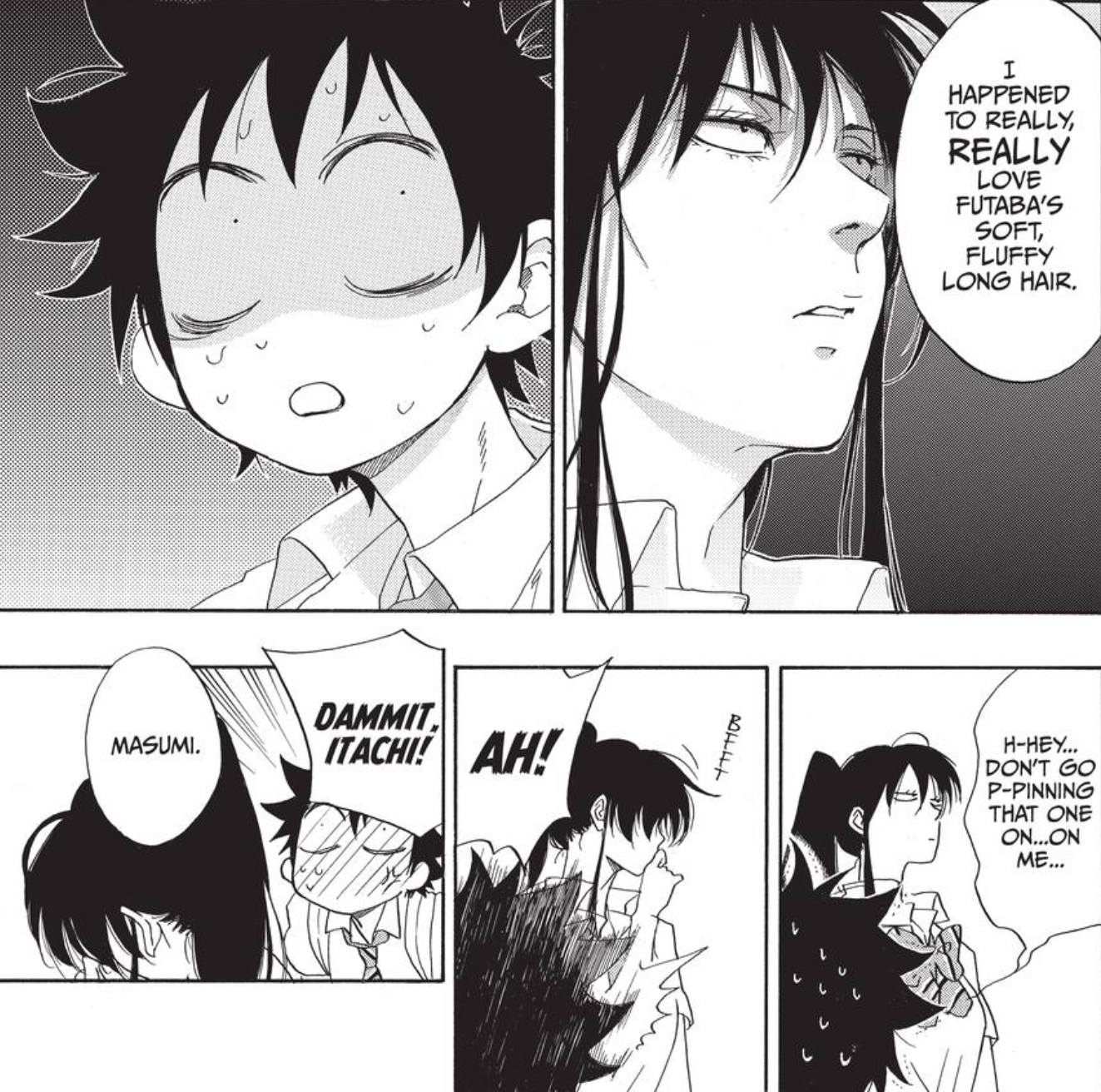 Without spoiling anything, there’s a theme that plays regarding Taichi’s attitude. He’s a guy who genuinely wants to help anyone, be it a friend or a lost kitten. A moment in his life sets him up towards this thought process, one that genuinely makes him a good person all-in-all. Said moment repeats itself in the current day, and what happens here may change how this series concludes.

Blue Flag has a very strong narrative, and it does a great job with balancing comedy and drama. But this second volume winds up doing something unexpected, and how you feel about its tone will depend on how you take this change in plot. However one takes those last few pages, one can’t help but admit that author KAITO knows how to keep his readers on the edge of their seat. 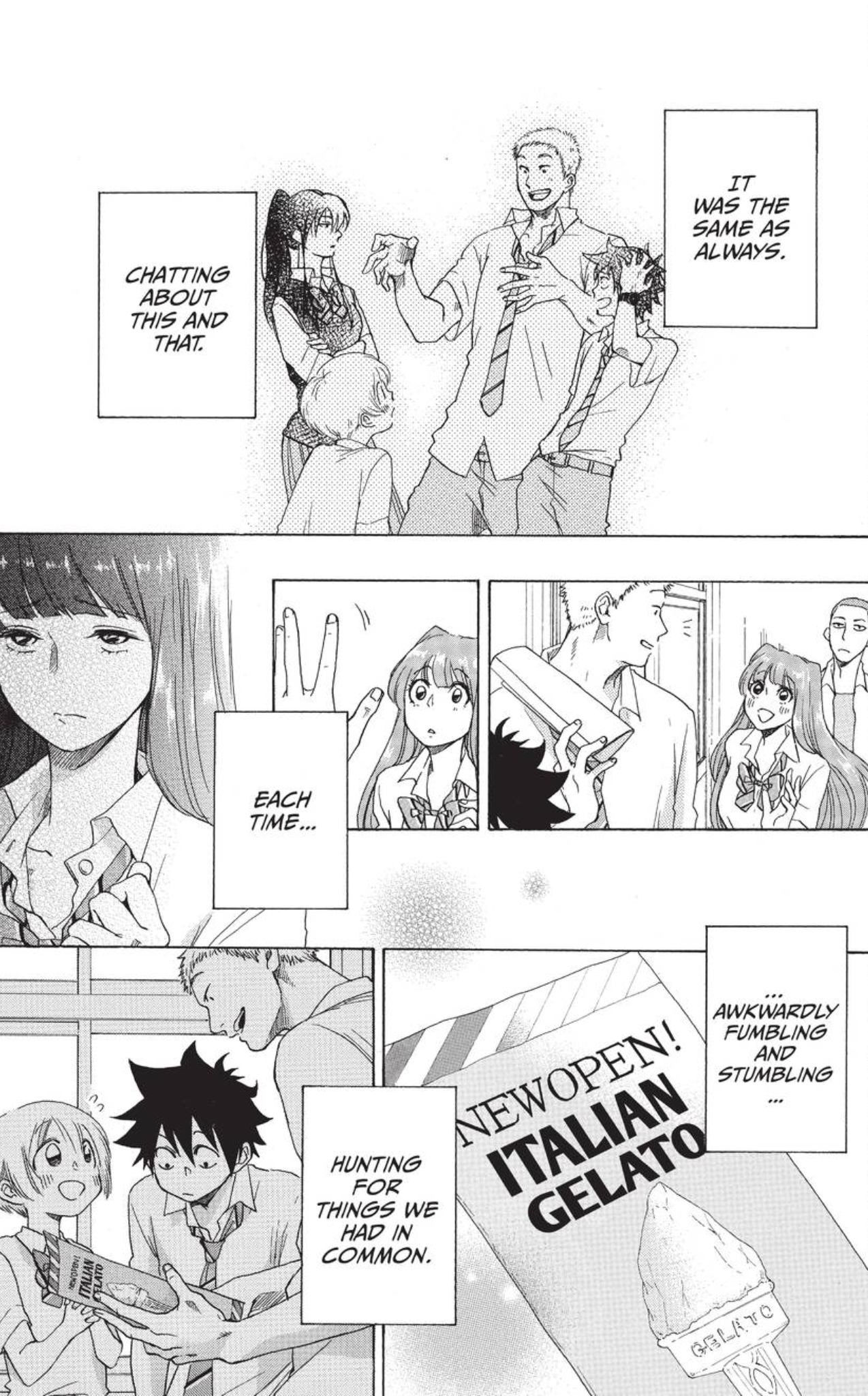