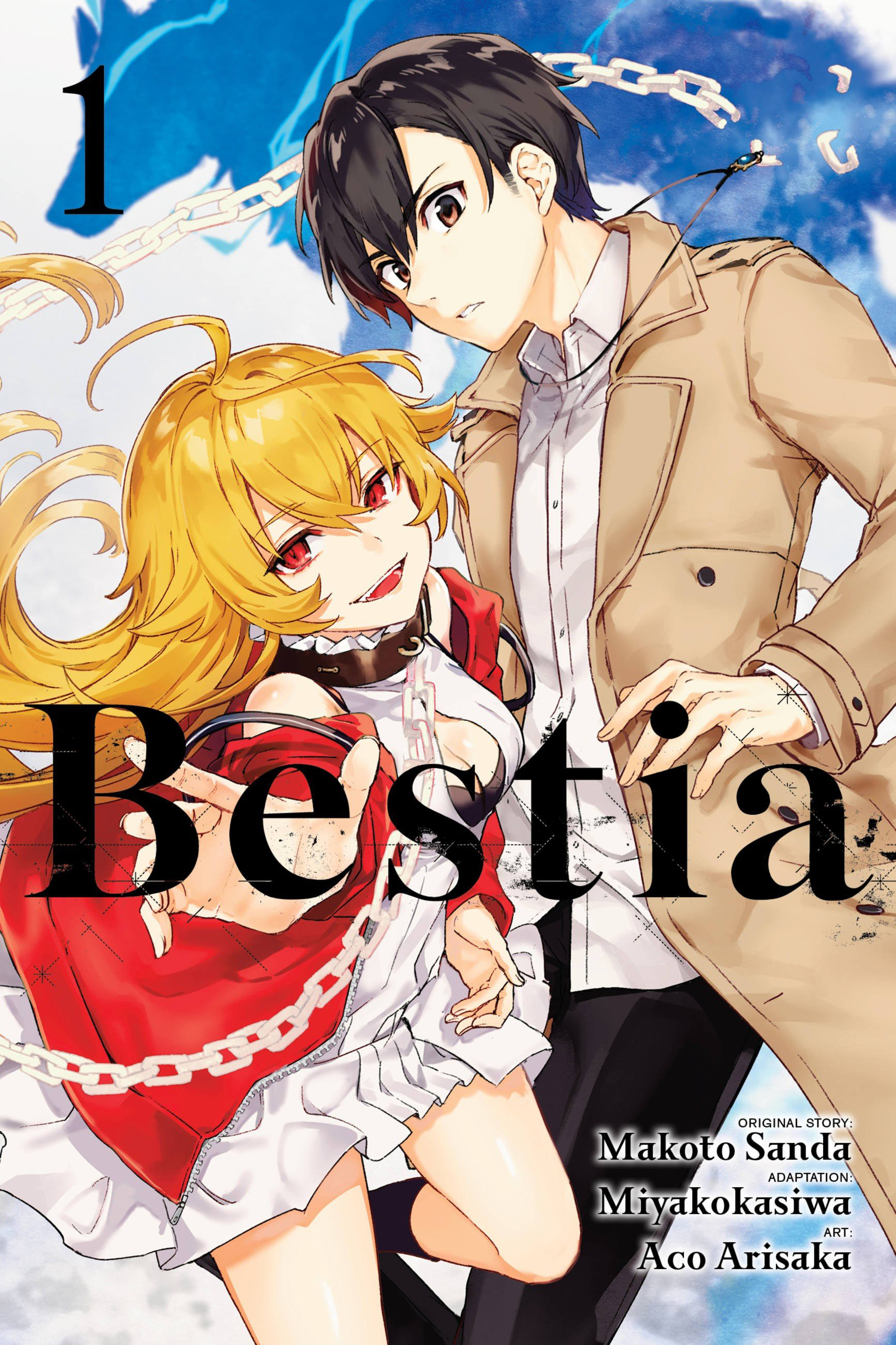 In myths and folktales, there are stories of majestic beasts that go beyond the imagination of common people. Whether they’re based out of Asian, European, or Native American backgrounds, these characters bring forth a multitude of magic and tales of perseverance. There are also stories of humans taking control of these creatures via force, mutual understanding, or with a pact known in old Irish stories as a “geas”. Makoto Sanda’s light novel series Bestia is about the last one, where a boy takes control of mythical creatures for the sake of their protection.

Adapted into a manga by Miyakokasiwa and artist Aco Arisaka, Bestia follows Asuka Tsukasa, who returns to London to find a girl from his past. Having ties to London thanks to his mother, Asuka is swooped into the atmosphere...only to be brought back down by all the dogs roaming around. Due to his zoophobia, Asuka has a hard time being around other animals, something he gets lambasted over by the young girl Alistar. This all becomes a challenge for him when he visits the old villa his mother used to live in.

Upon entering the premises, Asuka and Alistar literally drop into a fairy garden, where strange creatures that are as gorgeous as they are deadly roam. One of these creatures is a ferocious beast, who attempts to eat both Asuka and Alistar. But when a voice appears to tell Asuka to tame the beast, he captures the monster, with the behemoth regressing into a girl named Edgar. After being introduced to his mom’s former comrade Oldman, a heavy task is placed on the young man’s shoulders: capture special creatures known as Cryptids, and finish the job his mother didn’t.

There is a lot to digest in the first volume of Bestia. While it does a fair job with explaining how the world works, it tends to get long-winded when Oldman talks about how the Zoo organization operates and the like. Factoids that match with certain myths do come off as interesting, but the explanations do a poor job with making the world jump out at the reader like it wants to. Instead, the introduction of the Cryptids comes off more like a tap on the shoulder rather than a mighty pounce to the back.

The addition of Rodney McGrath and Basilisk this early on also adds to the weighty plot this manga throws at its readers. They’re a cool-looking duo who appear to be a mighty foe for both Asuka and Edgar, but I felt like the story wasn’t far along enough before their introduction. It would’ve been interesting to see how Asuka and Edgar would take on the dragon Fafnir without any sort of outside interference, giving the readers a chance to see their current strengths early on. Alas, we’re given an introduction as bloat-y as Mr. Creosote.

Where Bestia shines is certainly in Arisaka’s at style. The action sequences wow, with the early scenes involving Edgar attempting to slaughter Asuka and Alistar being wonderfully exciting. Arisaka also did a pretty good job capturing the classical and elegant architecture of London, getting quite near to photogenic realism in some places. How Edgar looks both in human and animal form is gorgeous, with beast-like attributes apparent in either form.

Bestia has the potential to grow into a stronger story, but its opening volume shoves in too much in so little time. Its characters are interesting, and it has great action. However, Bestia’s first few chapters try to push too much information into a short amount of time, thereby diluting the narrative as a whole. It has time to fix it, but whether it not it’ll be patient enough to let the rest of its world trickle out instead of flow through remains to be seen.