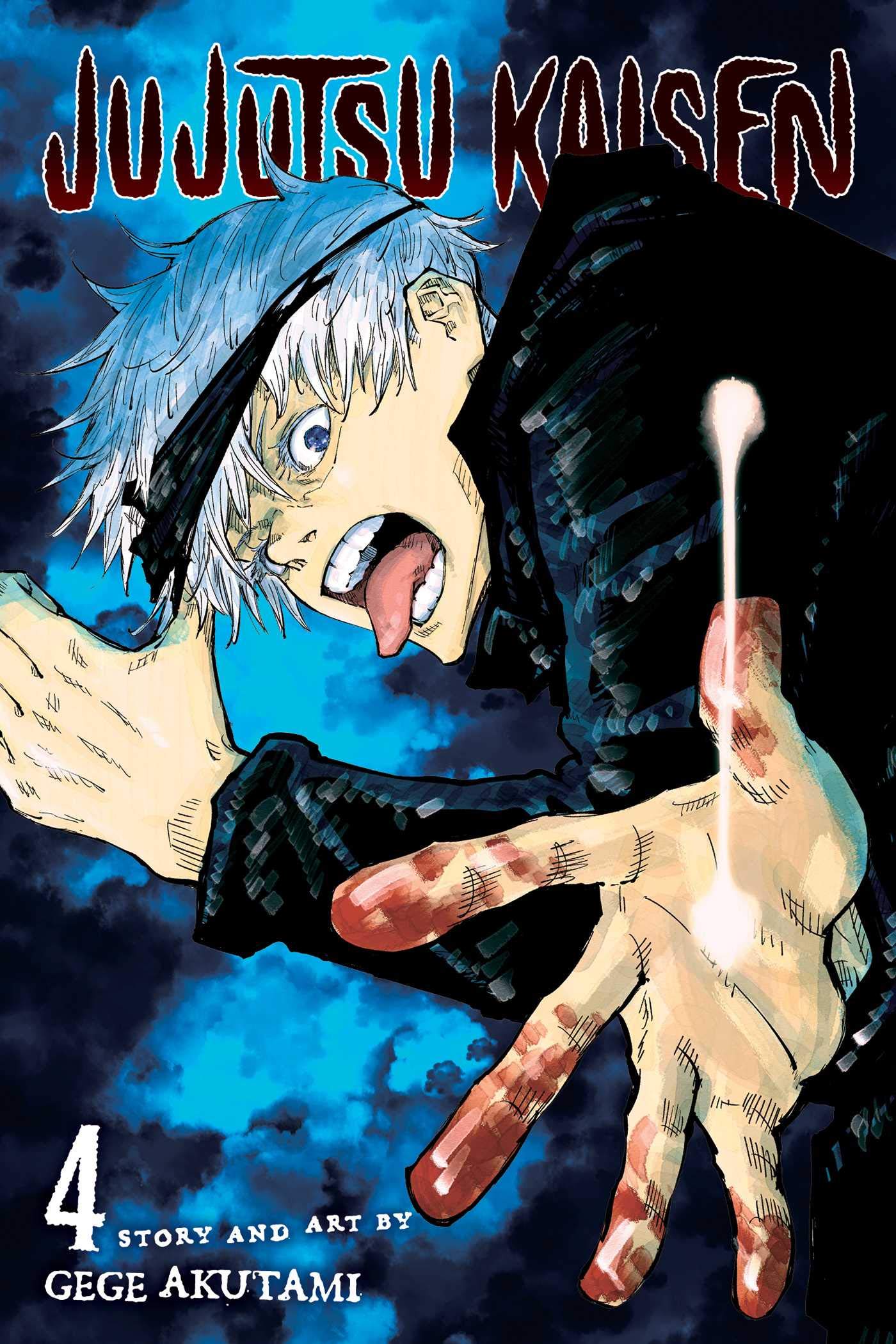 I’ll admit: I was starting to lose interest in Jujutsu Kaisen. While I admired the story it was telling, it wasn’t doing all too good of a job of keeping up the level of excitement seen in its first volume. But lo and behold, Gege Akutami has found a way to pull me back in, thanks in part to the battle showcased in Volume Four!

Sworn to help the bullied Junpei, Itadori seeks to find the curse that’s attempting to brainwash him. When he comes face-to-face with Mahito, his newfound friendship comes to a grinding halt. With the aid of Nanami, Itadori attempts to rid the planet of Mahito’s wickedness before it can spread. But a problem arises mid-battle, one that may cause Itadori to back away from his own promise. 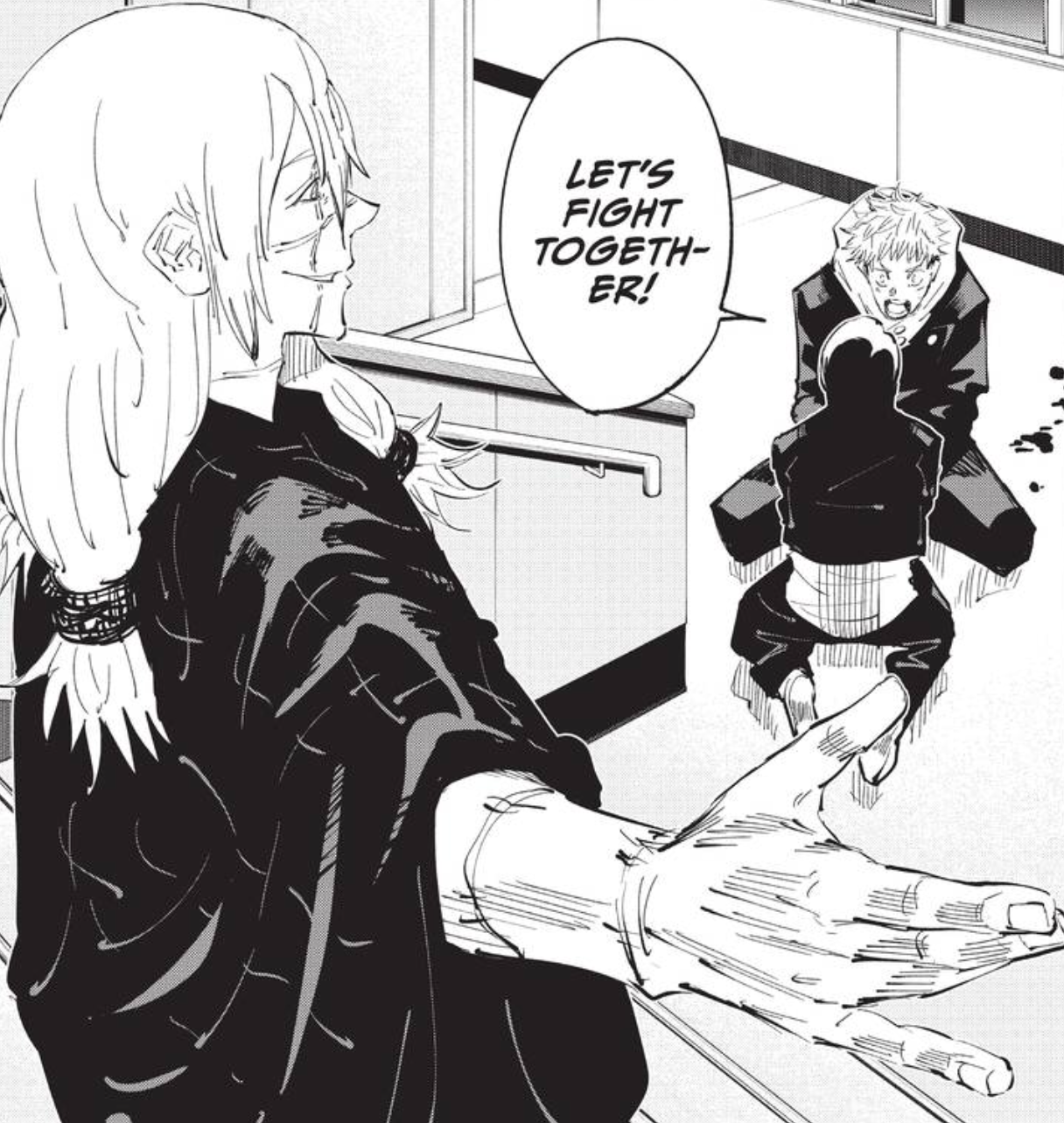 Jujutsu Kaisen isn’t normally a place for philosophy, but I was very much surprised by the deep morals and values showcased by both Itadori and Nanami. With Itadori, he fights without being lethal, as he’s sworn to never take a life. However, when seeing that being transformed by Mahito into a monster is a fate worse than death, he realizes that there are some people who need to have their spirits released. While not something that could or should be taught in the real world (save for extreme circumstances), what Itadori takes away from the experience is that sometimes death is better than being trapped and enslaved in a situation one cannot get out of.

For Namami, his lesson is showcased in a flashback. Originally a man of greed, he finds that his powers can help the best and kindest people in his life, with a gratitude shown that’s more priceless than jewels. It’s this moment where Namami finds not only his heart, but also his true purpose in life. Although there have been slightly better stories that go further into detail than here, it’s a nice back story that shows that Nanami isn’t the cold sorcerer that Itadori thinks he is. 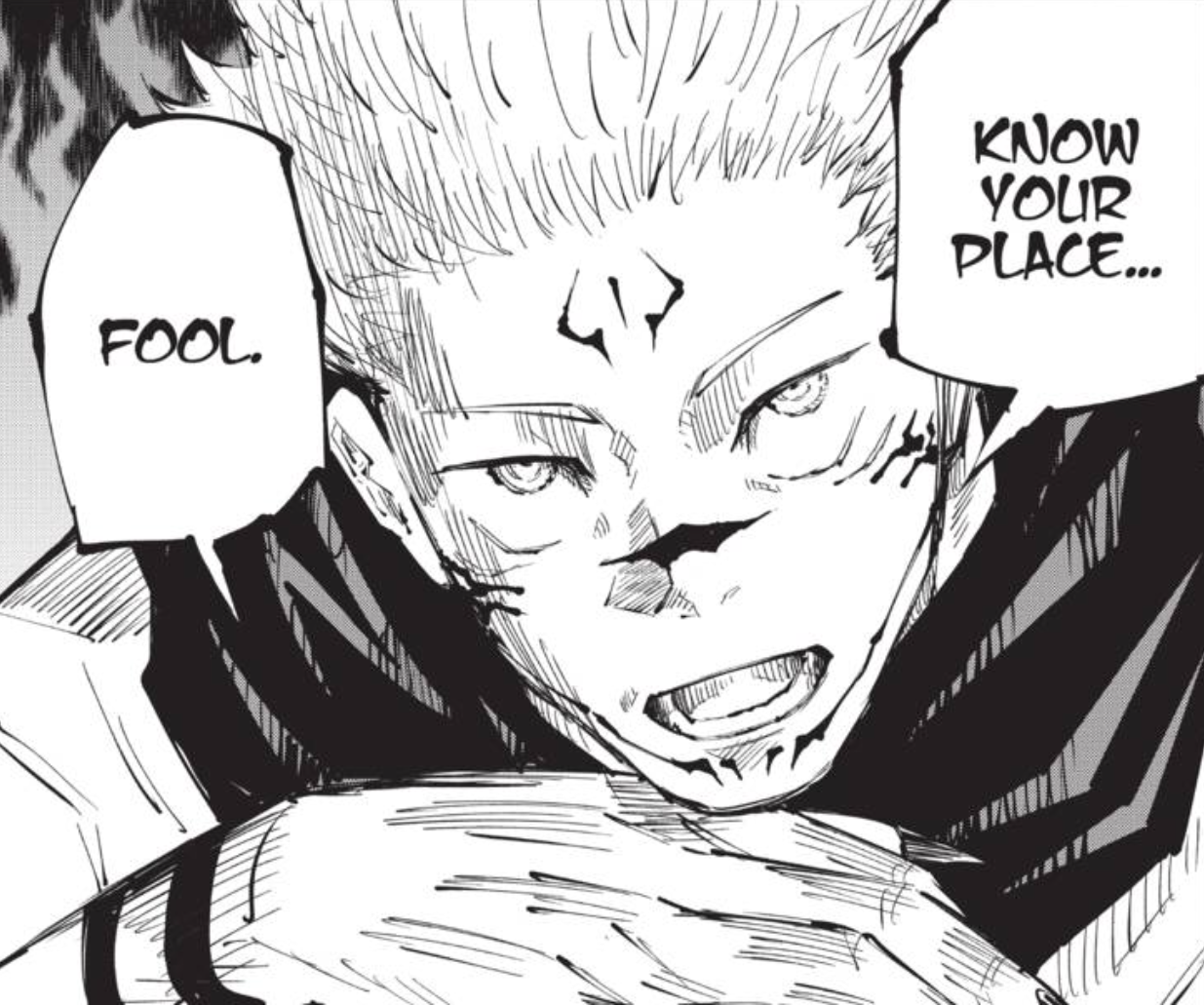 But it’s during the fights where Jujutsu Kaisen gets its blood flowing right. Here, the battle between Itadori & Nanami versus Mahito showcases some head-pounding back-and-forths that keep the excitement going on every page. Plus, despite it just getting under way, the fight between the Tokyo and Kyoto campuses certainly looks promising to both the eyes and even funny bone. (Its banter can be as gut-busting as its fights can be gut-punching!)

Akutami’s art style is certainly a lot more sketch-like during fights, but it brings forth more fluidity into every attack made. The battle between Itadori and Mahito showcases this greatly, with more detail placed into the sort of harm each fighter takes. There are times where the visuals made me wince, such as the sight of Itadori scraping Mahito’s teeth on the pavement. It’s gruesome, no doubt, but it gives way to more heart-pounding feelings with a side of an adrenaline rush. His art isn’t the best, but Akutami knows how to still find ways to make it powerful. 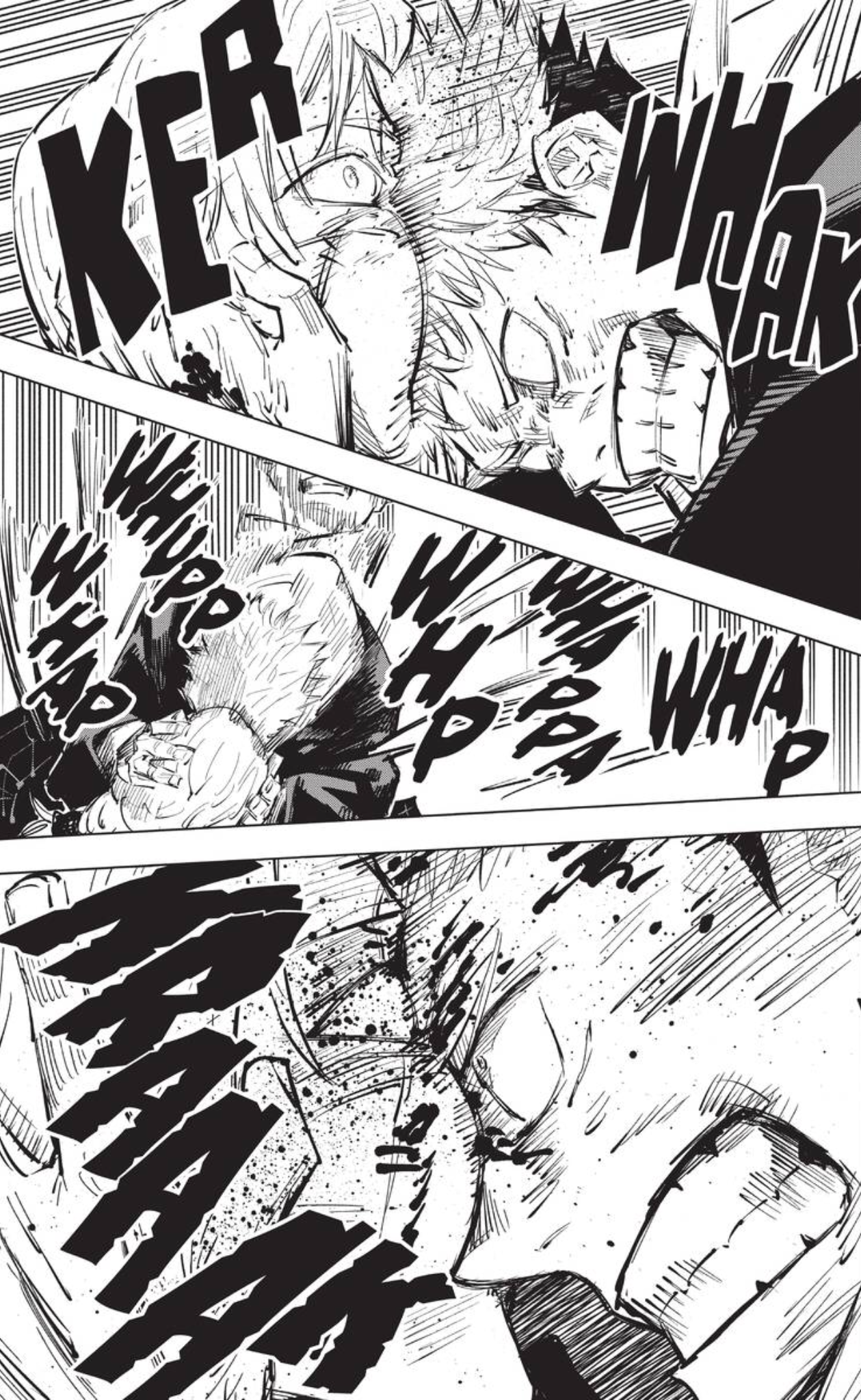 Just when I was starting to lose hope, Gege Akutami’s Jujutsu Kaisen finds a way to pull itself back together again. Its fourth volume may have had some rough edges, but one cannot deny the excitement that it delivers in every fight. With the battle between the Tokyo and Kyoto campuses now underway, readers can only hope that said excitement won’t die down in the midst of what appears to be an epic fight in the making.