ANIME REVIEW | All Kinds of Wrongs in Ecchi "Teacher" 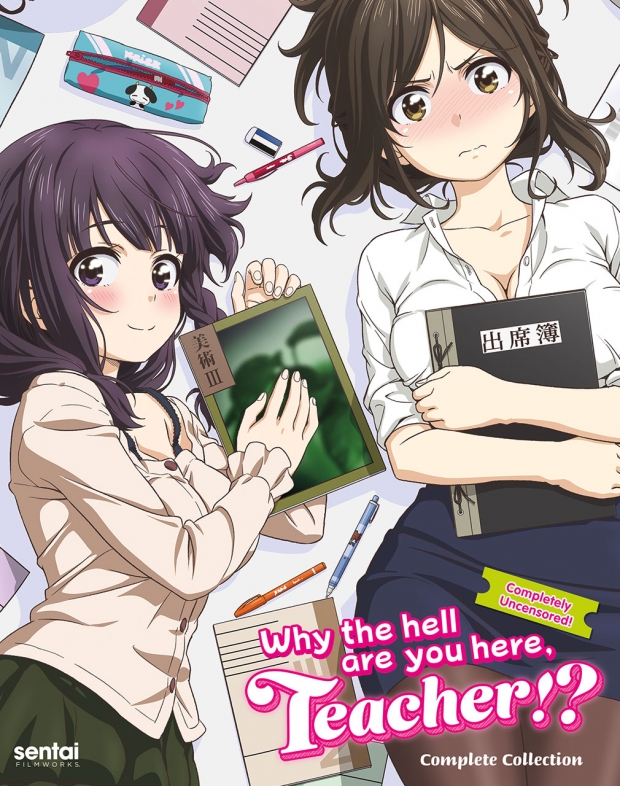 There are times where one wishes they can take the easy way out when writing an anime review. Just a straight-to-the-point sentence that conveys all of one’s feelings about a certain thing. However, there’s a thing called “journalistic integrity” that hangs over every reviewer’s head; and if they don’t do their duty proper, it’ll drop on top of them and mush all of your credibility. So what if the thing they are reviewing doesn’t exactly fit the criteria of a proper piece?

Let me get straight to the point: an anime like Why the hell are you here, Teacher!? doesn’t deserve a “professional” review, but damn it all if I’m not going to give it the old college try! 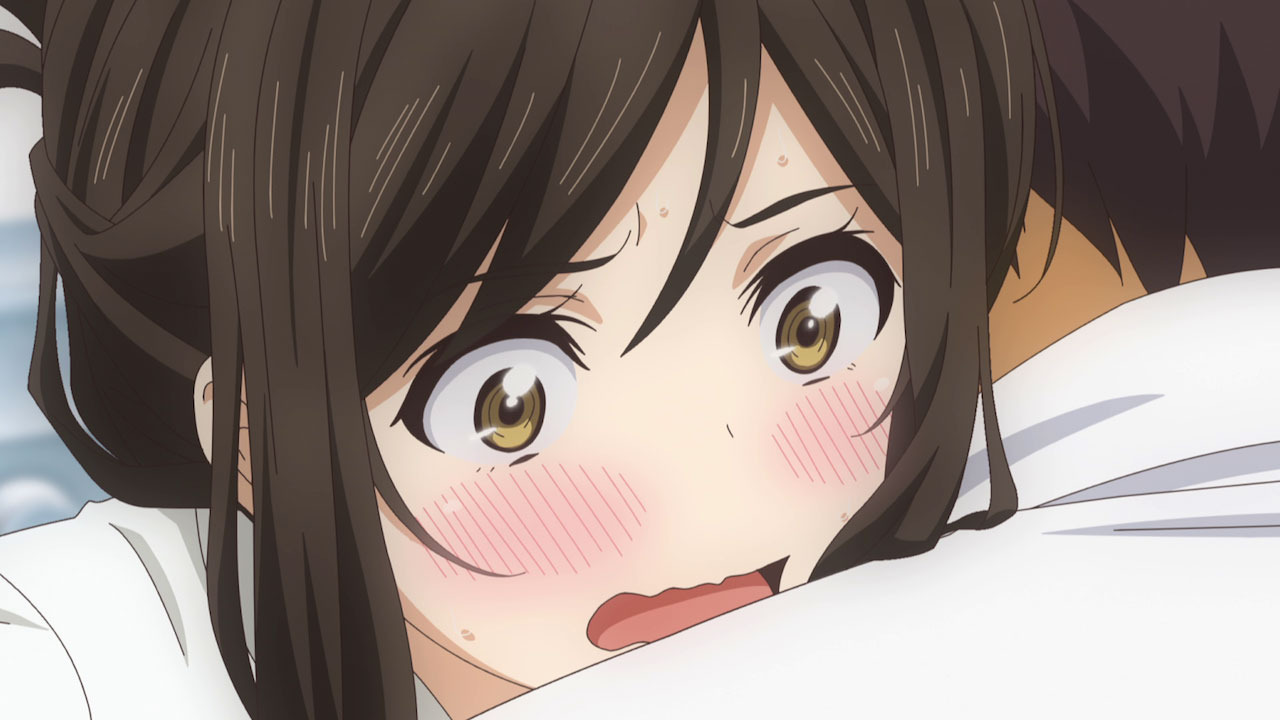 And that sums it all up. This anime knows exactly what it is, and doesn’t attempt to hide it. There’s no attempt to shoehorn any sort of intelligence; the blood from this show’s brain has rushed into its nether-regions faster than you can say “Ninja Sex Party”. Teachers lose their clothes, students go face-first into their tatas and hoo-haws, and the process loops right back around. To be blunt, this anime is just dumb!

Mind you, there’s nothing wrong with watching something like this, but there’s a right way and a wrong way to deal with this sort of premise. And oh my, does Why the hell are you here, Teacher!? do it badly! Sure, there’s a giggle or two that happens in every episode, but staring too long at an anime like this will turn you into the Great Cornholio before you even realize it. This is a show where only one episode would’ve sufficed (or four at best, if you want to highlight each couple); this goes on for thirteen episodes! 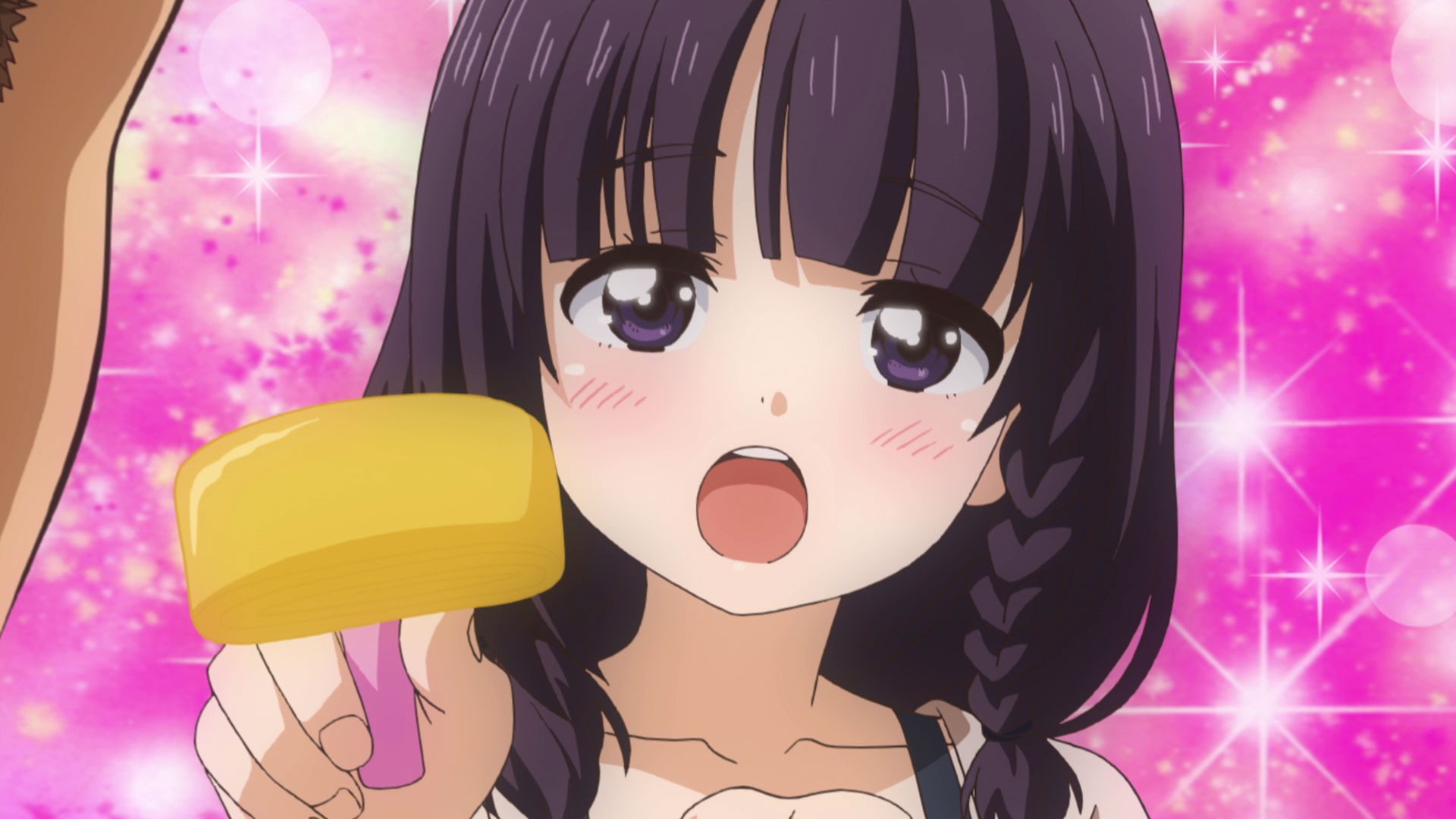 Episodes involving suppositories, bikini mishaps, sucking out poison, and relieving one’s self in a bucket should give you a good idea on what you’ll be getting yourself into. If this all sounds like a good time to you, then by all means go & watch it! But to the majority of sane individuals, this is not a show you brag about with your friends and family. (Fan-service anime like Monster Musume or High School DxD, on the other hand, at the very least have plot devices and gags that are worth chatting about!)

In hindsight, a show like Why the hell are you here, Teacher!? would normally leave me speechless, and it kind of has. The only words I can safely utter after watching it would be “Why the hell do you exist!?”, but deep down I know the answer. There’s certainly a market for those wanting teacher fantasy shows, a demographic that’s been gifted with so much Skinemax schlock and that one Adam Sandler movie. And it’s not like it’s pushing the envelope for what you can get away with on TV, seeing as there are so many other anime that’ve gone down far worse paths than this! 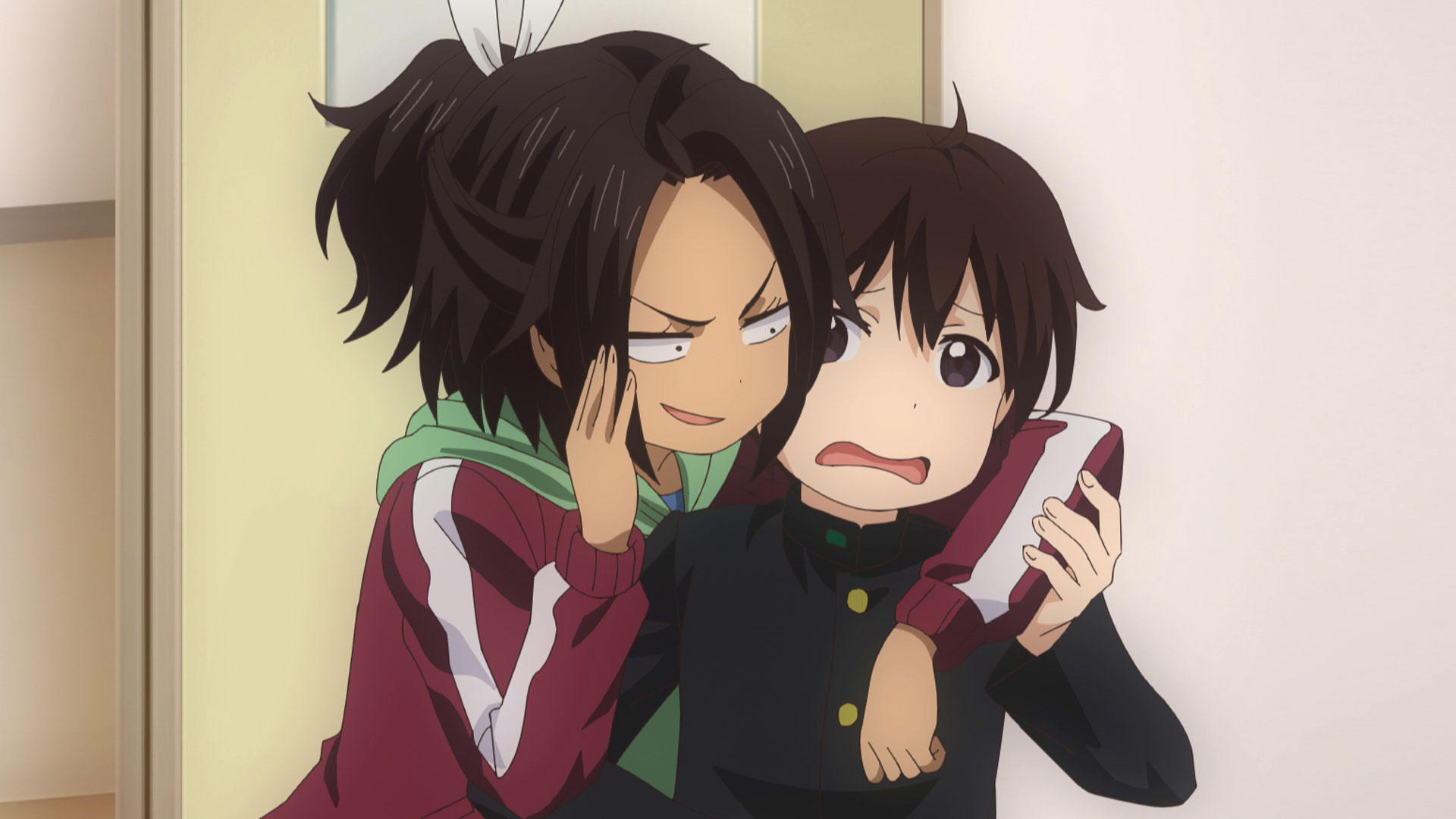 But the worst offense that this anime has committed is that it doesn’t try to do anything new. Every perverted part of Why the hell are you here, Teacher!? has been committed before, and — odds are — has been done far better. Even though your jaw will more than likely fall to the floor by what’s being shown, it’ll quickly rise back up when you’ve realized you’ve seen this already. If you’ve already got a secret stash of questionable anime that’s filled with big-breasted women and naughty shenanigans, then you don’t really need this added to your collection.

I will say three nice things about Why the hell are you here, Teacher!? First, the animation by tear-studio is very good. They put the stronger details in the right places, resulting in some well-drawn animation. I would say what those animated parts are, but I need to hang on to some sort of integrity to keep my head over these treacherous waters. 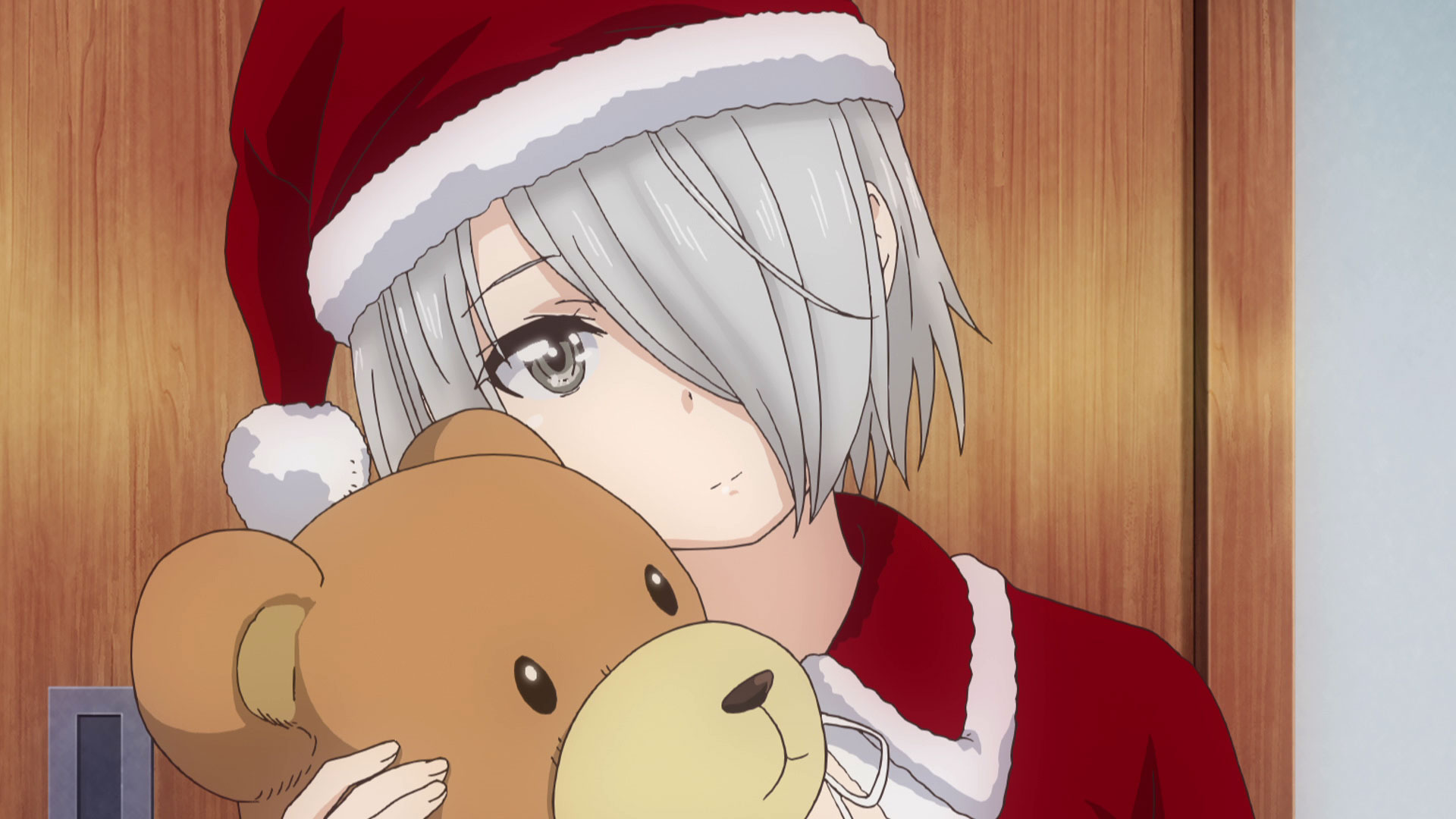 Second, Sentai’s English dub is wicked funny. Hearing the likes of Bryson Baugus, Monica Rial, Andrew Love, and Maggie Flecknoe taking the material that they had and making gold out of it is pretty miraculous! There is no holding back with the ridiculousness that they recorded, as they legit make a mountain out of the small mole hill that they had to work with. It goes to show that even in something professional as voice acting, there’s always room to let one’s hair down and go full-blown cuckoo bananas mode when the time calls for it.

Lastly, there’s the show’s opening theme song. I’ve admired Sumire Uesaka for a very long time, and her contribution “Bon♡Kyu-♡Bon wa Kare no Mono♡” is genuinely catchy as hell! The soundtrack by Gin is hugely forgettable, and the end theme “Ringo-Iro Melodies” by the Japanese female seiyuu is okay at best. But probably until the day I’m on my deathbed, the sounds of “Bon-kyu-bon” will randomly pop into my head.

So if you’re somehow still with me, I’ll make this ending quick. Why the hell are you here, Teacher!? is a bad anime. If you’ve seen other fan-service shows in the past, then this one won’t satisfy you in the slightest. Despite the English dub legitimately making the antics more entertaining than it has every right to be, the overall experience of watching this show is pretty much a one-and-done. Be your own judge, but don't say that I didn’t warn you that Why the hell are you here, Teacher!? deserves some level of expulsion from our collective minds.