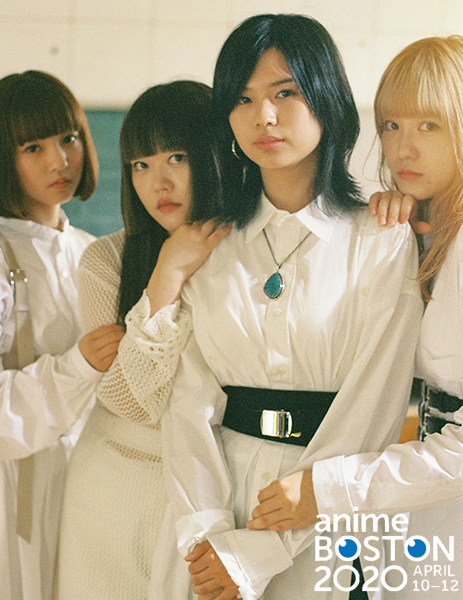 This year's Anime Boston will be rocking hard for sure, as the convention today announced that Japanese band GIRLFRIEND will be coming to the annual event!

GIRLFRIEND went onto produce “Mirailist” for the popular mobile app game Tales of the Rays: Mirage Prison released in February 2018. GIRLFRIEND’s first international live performance was at the Asia GAME Festival 2018, performing in front of 50,000 attendees. In 2019 GIRLFRIEND produced the opening for Black Clover with the song “sky & blue.”

“It’s very exciting to have GIRLFRIEND appearing at Anime Boston,” said Convention Chair Kristen Leiding. “Their energy and enthusiasm comes through in their music, and I can’t wait to see them perform live.”

They will be going on their first world tour in 2020 with stops in Asia, America, South America and Europe! GIRLFRIEND is excited to perform and meet all their global fans. Fans and newcomers can access their music here!