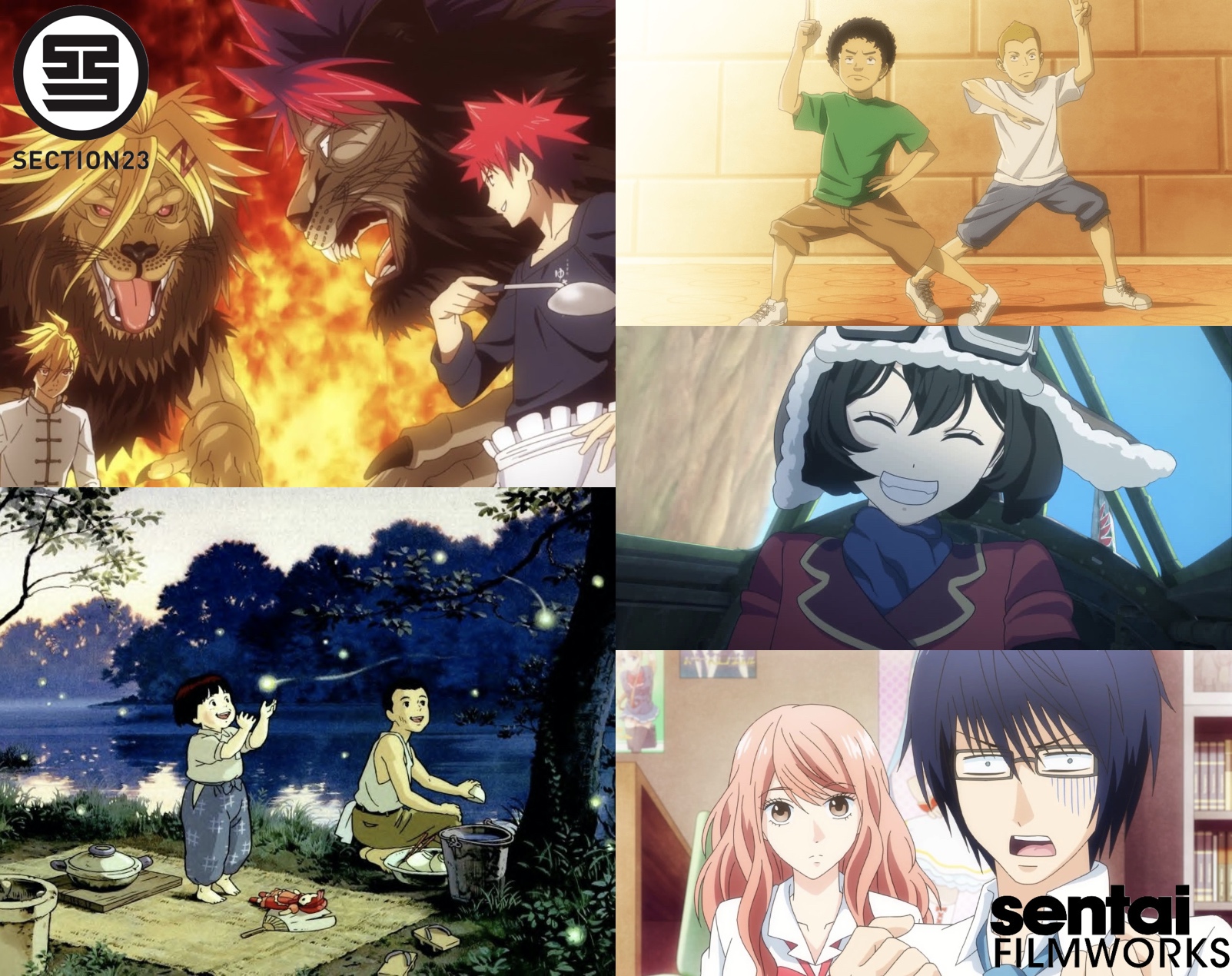 February is for lovers and American leaders, but for Section23 Films it's all about high-flying heroes, chefs-in-training, and two galaxy-loving bros! Here's what's coming up from Sentai Filmworks and co. for February 2020! 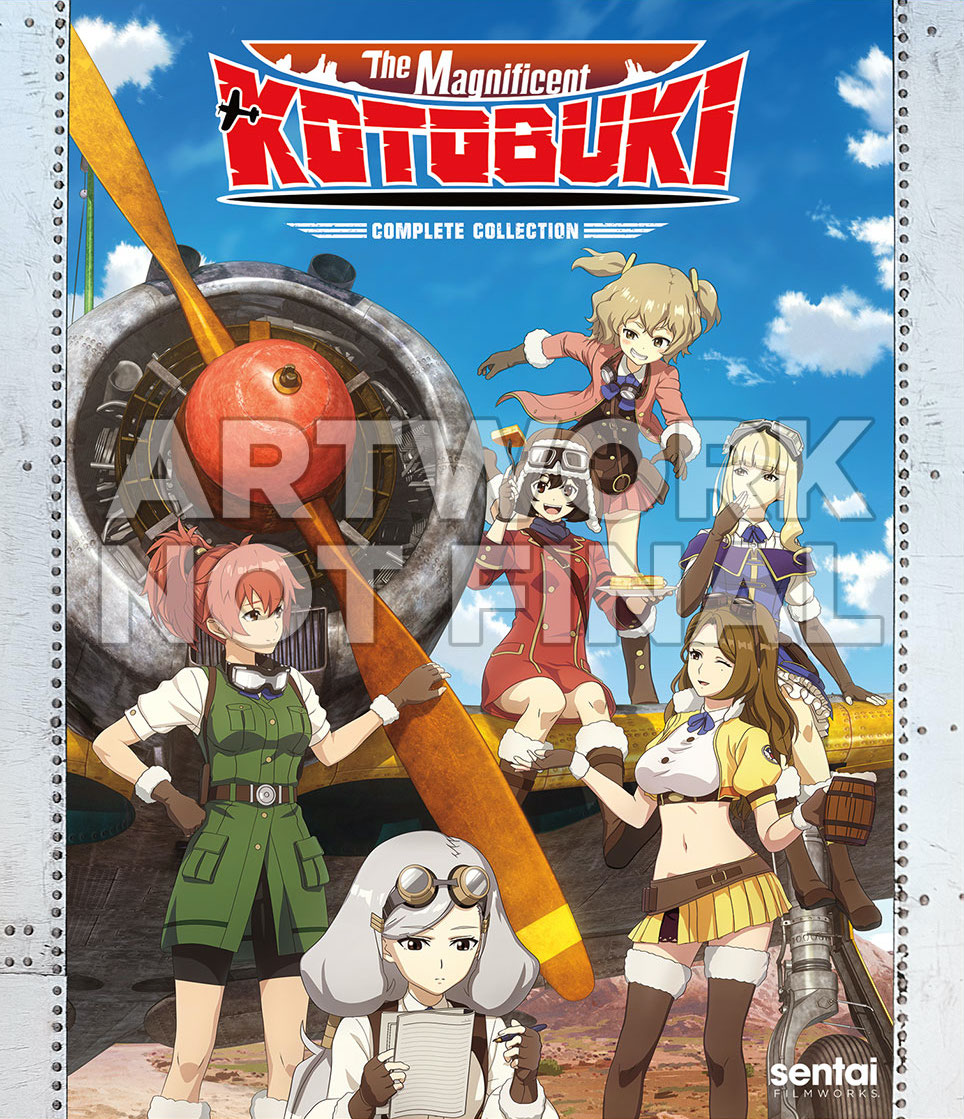 Anime fans can hit the blue skies on February 4th with The Magnificent Kotobuki! In a desolate world where the safest form of transporting cargo is by zeppelin; air pirates roam the sky, preying on aerial commerce and holding remote towns for ransom. Against these airborne marauders, the only defense is to hire high-flying protection of your own, and that's where mercenary pilots like the girls of the Kotobuki Squadron come in. Behind the joysticks of their lightweight Nakajima Ki-43 Hayabusa fighters, these lady falcons play a deadly game of escort, where a single mistake can end up in a fiery crash or mid-air collision. But for birds of prey like Kylie, Reona, Chika, Emma, Kate, and Zara, the danger is worth it for the chance to spread their wings and soar into the heavens. The wild blue yonder gets even wilder as every dogfight becomes a catfight! 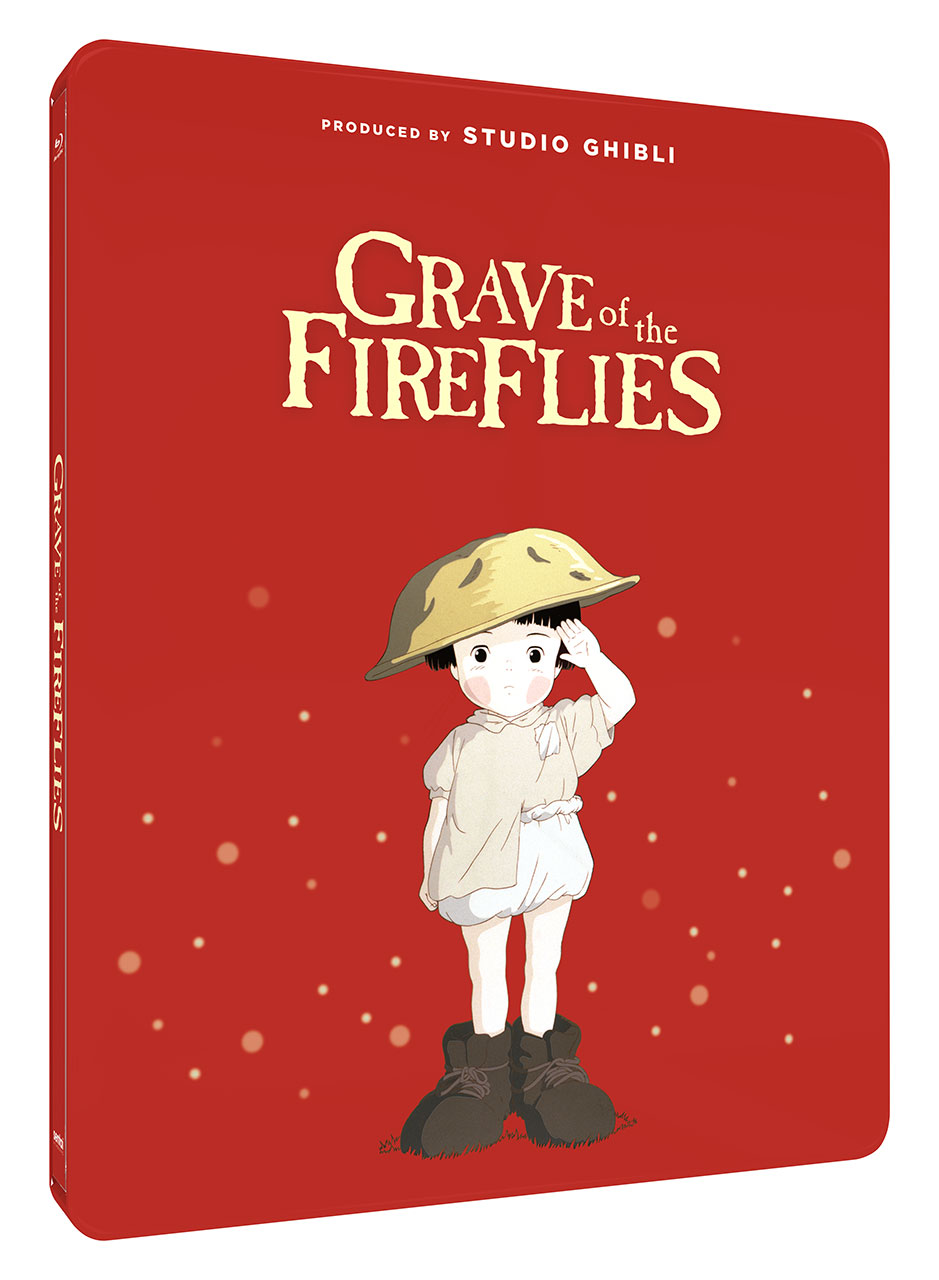 Studio Ghibli's heartbreaking Grave of the Fireflies arrives in a special steelbook edition on February 11th. As the Empire of the Sun crumbles upon itself and a rain of firebombs falls upon Japan, the final death march of a nation is echoed in millions of smaller tragedies. This is the story of Seita and his younger sister Setsuko, two children born at the wrong time, in the wrong place, and now cast adrift in a world that lacks not the care to shelter them, but simply the resources. Forced to fend for themselves in the aftermath of fires that swept entire cities from the face of the earth, their doomed struggle is both a tribute to the human spirit and the stuff of nightmares. Beautiful, yet at times brutal and horrifying. Based on the retellings of survivor Nosaka Akiyuki and directed by Iaso Takahata, Grave of the Fireflies has been universally hailed as an artistic and emotional tour de force. Now digitally remastered and restored, it is one of the rare films that truly deserves to be called a masterpiece. 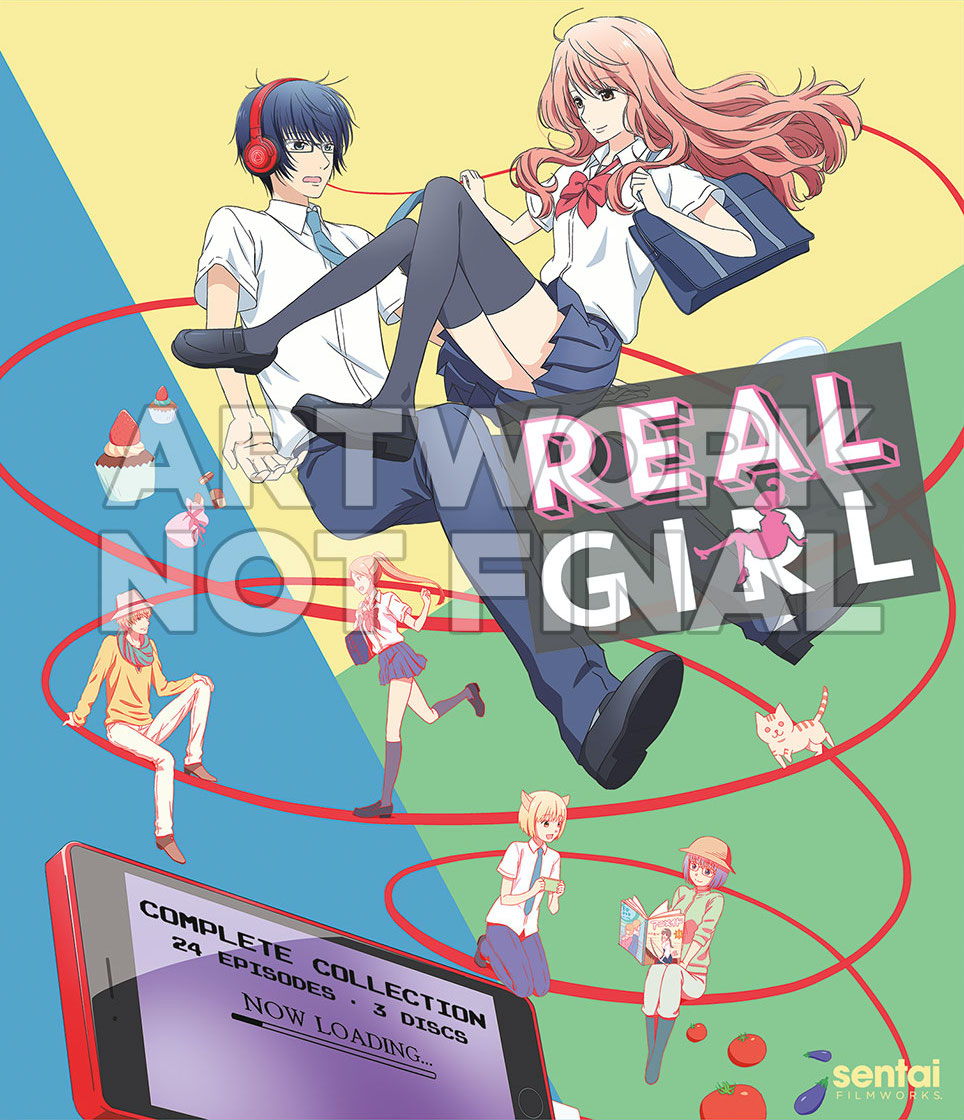 Temporary love arrives on February 18th with the complete collection of Real Girl! Hikari Tsutsui has never been popular, his one real friend is an even worse otaku than he is, and the only girls he's known are the two-dimensional women from his manga and video games. Until, that is, he's sent to help clean the pool as punishment and is partnered with the school's resident "bad girl", the very real, very three-dimensional Iroha Igarashi. Brash, beautiful, and known for her promiscuous behavior, Iroha is loathed by other girls but loved by the guys. And yet, inexplicably, she not only seems to be interested in Hikari, but proposes that they enter into a relationship! Unable to resist, Hikari agrees, but there's one big catch - Iroha's moving away in six months, so no matter what happens between them, in half a year Hikari's guaranteed to lose his real girl! 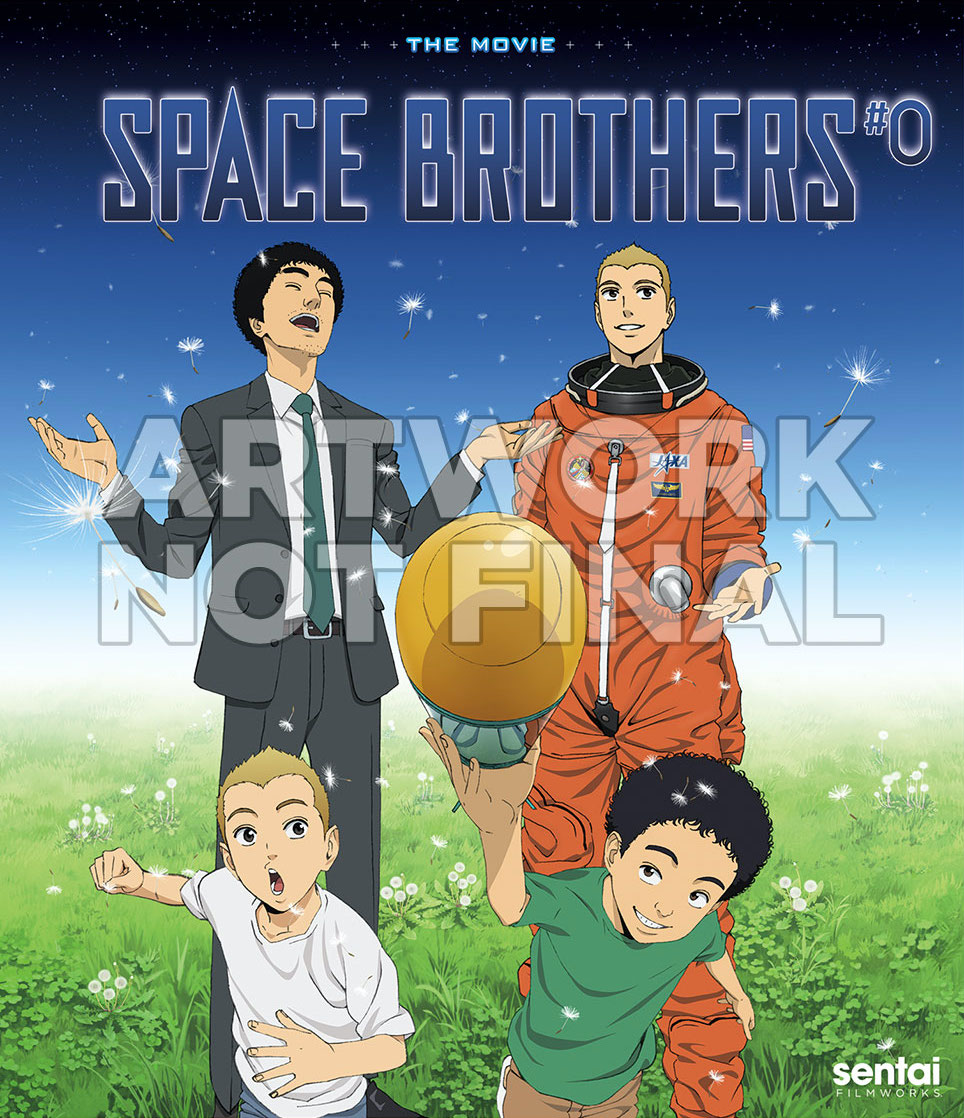 Also launching into robot on the 18th is the film prequel Space Brothers #0! Once, there were two very different brothers who conceived a dream: that someday they would go into space themselves. However, brothers being brothers, once younger sibling Hibito announced that he would go to the moon, older brother Mutta declared that HE would go to Mars. Unfortunately, Mutta's adult life isn't going the way that he had hoped. Despite his hard work, his situation at his job is deteriorating and he ultimately finds himself transferred back to Japan. To make things even more frustrating, luck has been kinder to Hibito, who has already begun training with JAXA to become an astronaut. But Mutta isn't ready to quit just yet. Four years before the events of the epic TV series, a new space race begins as brother chases brother on the path to the stars! 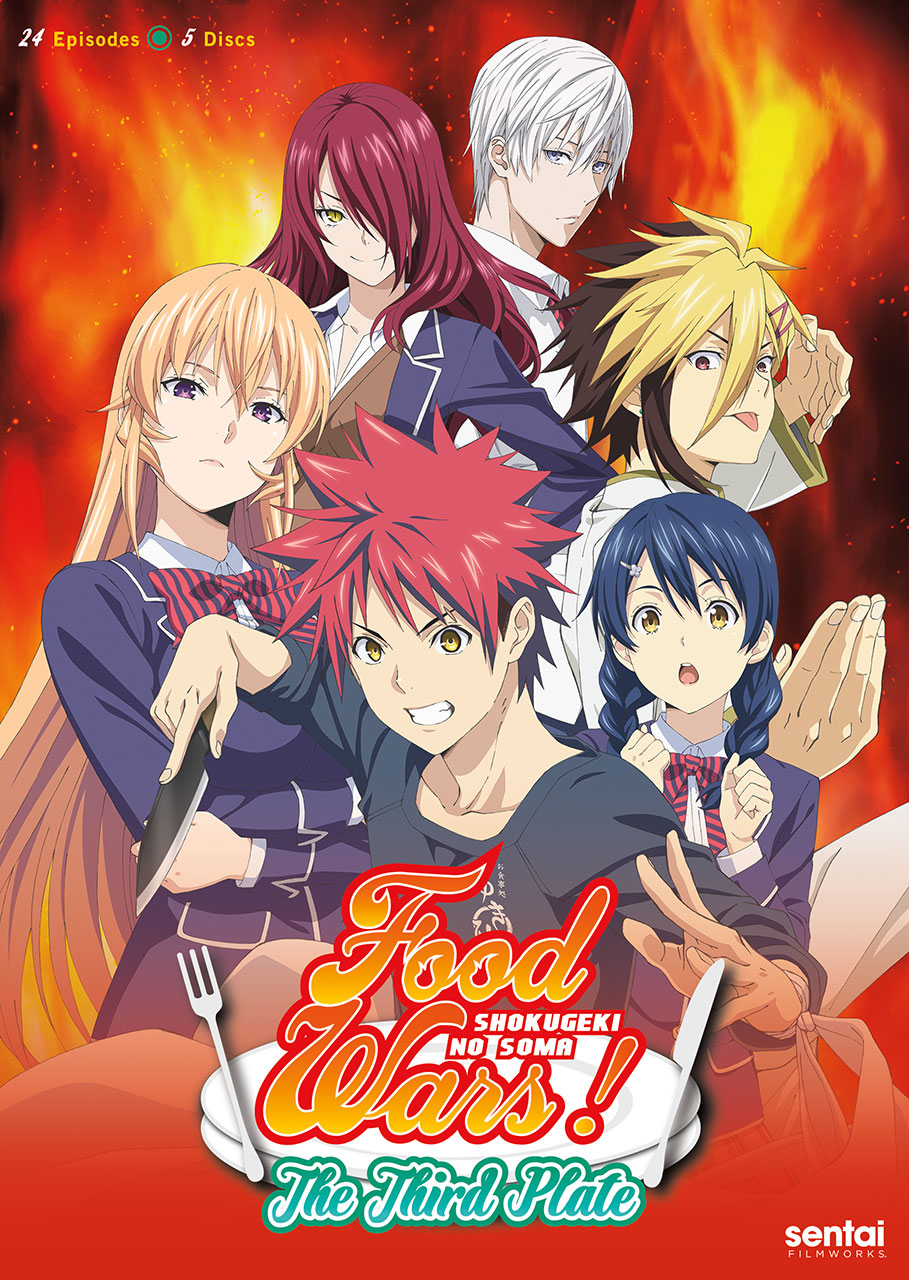 Lastly, wipe that drool off of your face as Food Wars! The Third Plate is served in both a standard and collector's edition on February 25th! Young Soma Yukihira - who has honed his cooking skills while working as an assistant at "Yukihira," the family eatery - has successfully entered Tohtsuki Fine Dining Academy, a cooking school for the ultra elite. At the academy, he meets various chefs and develops his skills while striving to create his own unique brand of cooking. It is during the Lunar Feast, a time-honored Tohtsuki tradition, that Soma chooses to take on one of the members of The Ten, which comprises the academy's most accomplished chefs. Meanwhile, Azami Nakiri - the father of one of Soma's fellow students - has worked behind the scenes to found Central, a pivotal organization dedicated to haute cuisine, yet has remained barred from cooking aside from select recipes taught in his lectures. Finding themselves at opposition with how Central operates, Soma and some of the other Tohtsuki students decide to stand and confront this threat head-on. As this is going on, Soma and the others will be faced with the Promotional Exam, referred to as one of the greatest hurdles at Tohtsuki. An even more heated battle is about to begin! The limited edition of Food Wars! The Third Plate includes a Food Wars! notebook, a special metal emblem pin, and three character microfiber cloths.