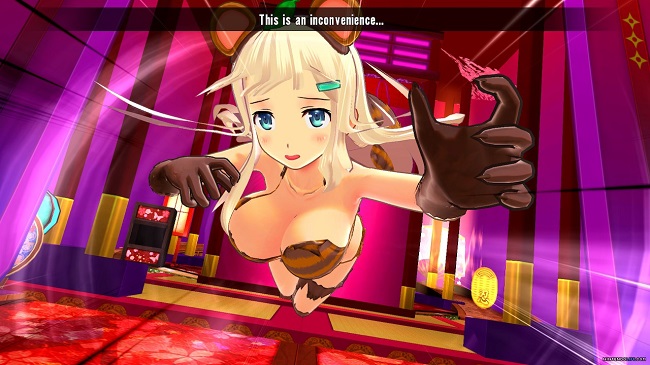 While fans continue to wait for Senran Kagura SEVEN, they have a few options to tide them over: the PC version of Estival Versus, Peach Beach Splash, Reflexions, and now, this game. Enter Peach Ball, where you get the standard fan-service elements the series is known for, married to pinball mechanics. As you can imagine, the game is one wild time. But it does seem to be missing a few things that put it in top marks.

The basic plot of Peach Ball is that Haruka is at her part-time job at an arcade, when a few of her friends come over to hang out. One of them goes to the bathroom, makes a mistake, and gets a concoction all over them. This turns them into a furry, en-route to becoming a full animal if they aren't stopped. Oh, and she manages to infect the rest of her friends, who then have to be corralled into a modified pinball machine in order to cure them with the titular Peach Ball. 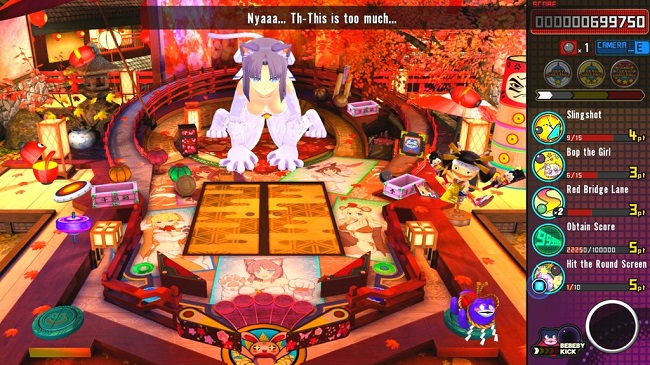 The game is a proper pinball game, with multi balls, bonus points, and bonus mini-game time, all to work towards purifying the girls of their affliction. And of course, it wouldn't be a Senran Kagura game if it didn't have fan-service. Not only are the girls themselves skimpily dressed in furry outfits, but they're a part of the typical strip gameplay that you've come to expect from the game series.

Senran Kagura: Peach Ball is a pretty fun pinball game on its own. It's suitably chaotic, and it runs mostly at 60 FPS on the Switch, only ever slowly briefly in the craziest of moments. Visuals are pretty nice too, but both the visuals and framerate are more polished on a good PC rig. The only real problem with the game is the overall lack of content. It's a pretty short game as is, with only five scenarios for each of the featured girls. 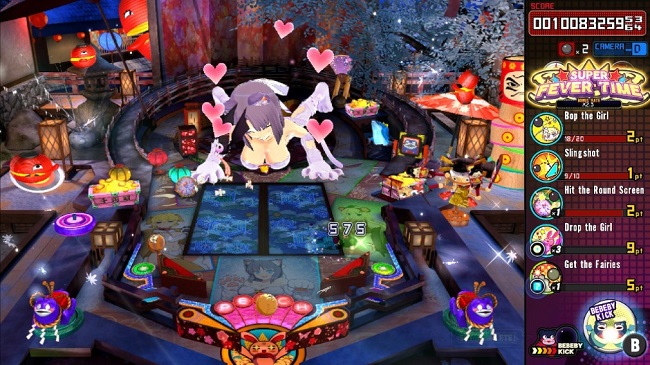 If you want more content, you will have to get the DLC, which honestly should have been a part of the main game from the start. I get that was mostly done to keep the MSRP down to zero, but even that price seems to be asking too much. There's just not enough content here to warrant that price. I'd wait for a sale on either platform. But if you aren't strapped for cash, or think the price is fair to you, you are in for a fun time of pinball.

The Good: If you don't mind the fan-service element, there's a fun and chaotic pinball game here.
The Bad: There aren't very many scenarios, and only about five characters are available.
The Ugly: The price doesn't match the lack of content.