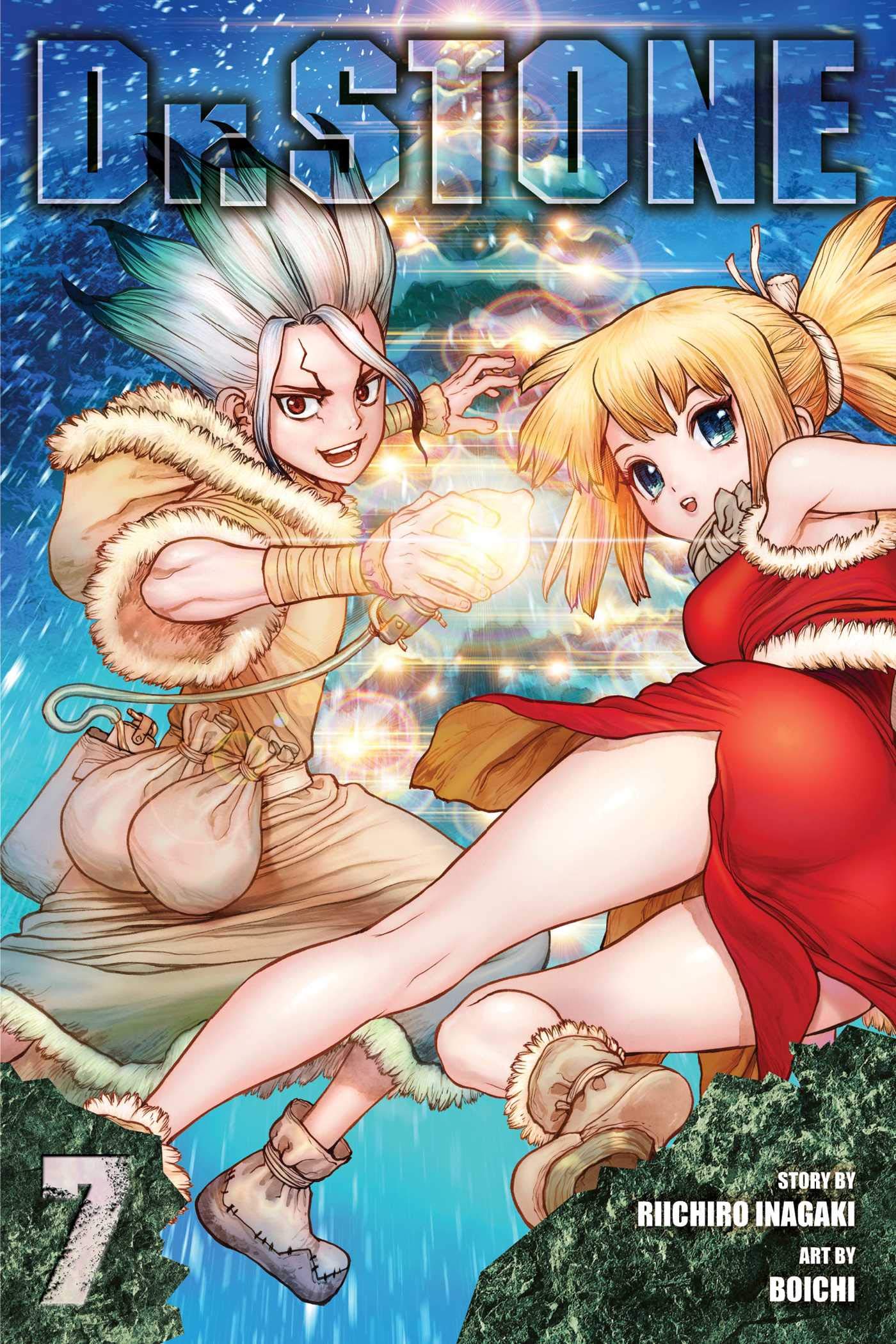 Every time I open up a volume of Dr. STONE, I know that I’m bound to be surprised by one thing or another. Its usage of science, action, and humor has made Riichiro Inagaki and Boiichi’s work one of the most enjoyable manga around. Now entering its seventh volume, the pace heats up for Senku and the village to take on the Tsukasa Empire head-on with brains bigger than any muscle around.

The quest to create cell phones continues, with Senku hoping it would be the ultimate weapon to take on Tsukasa. With the intelligence aid of Chrome and the brute strength of Magma, the man itching to bring the world back to the modern age seeks out a couple more key ingredients to bring back telecommunication. However, a discovery from his father’s past plants a new idea into the head of Gen, one that could result in no bloodshed between the two empires. But will there be enough time to get this idea rolling before Tsukasa’s spy gets wind of it?

There’s a great mixture of both big-brained and warmhearted moments featured in this volume of Dr. STONE, from the way Chrome helps Senku and Magma out of a deep predicament to a special gift to celebrate the king scientist’s birthday. It’s all captured with great detail in many delightful ways, thanks in part to Boichi’s magnificent drawing skills. However, the way plans become lined up and discoveries are unraveled showcase the true strengths of Inagaki as a writer. Not only does he know his stuff, but he can take any science mumbo jumbo and transform it into a flow of excitement for readers to experience.

It’s in this volume where the final build-up for this battle is just about to wrap up. Things start clicking into place when the first phone is put together, giving way to the big climax of this arc to finally explode with glee. Things may be going a little too perfect for Senku and the villagers, but — as this manga has demonstrated over and over again — a surprise could always be waiting in the wings to give its readers a jolt. Nevertheless, what’s showcased on every page of this manga is simply one delightful moment after another, a rare feat for even the strongest of shonen series out there.

One can guess whether or not this ultimate plan of Senku & Gen’s will work in the next volume. Whatever the case may be, Dr. STONE will somehow find a way to make it both exciting and memorable for its readers. At this point Inagaki and Boichi would have to purposely muck it up to make this series less enjoyable. Considering its track record seven volumes in, I highly doubt that’s happening anytime soon.