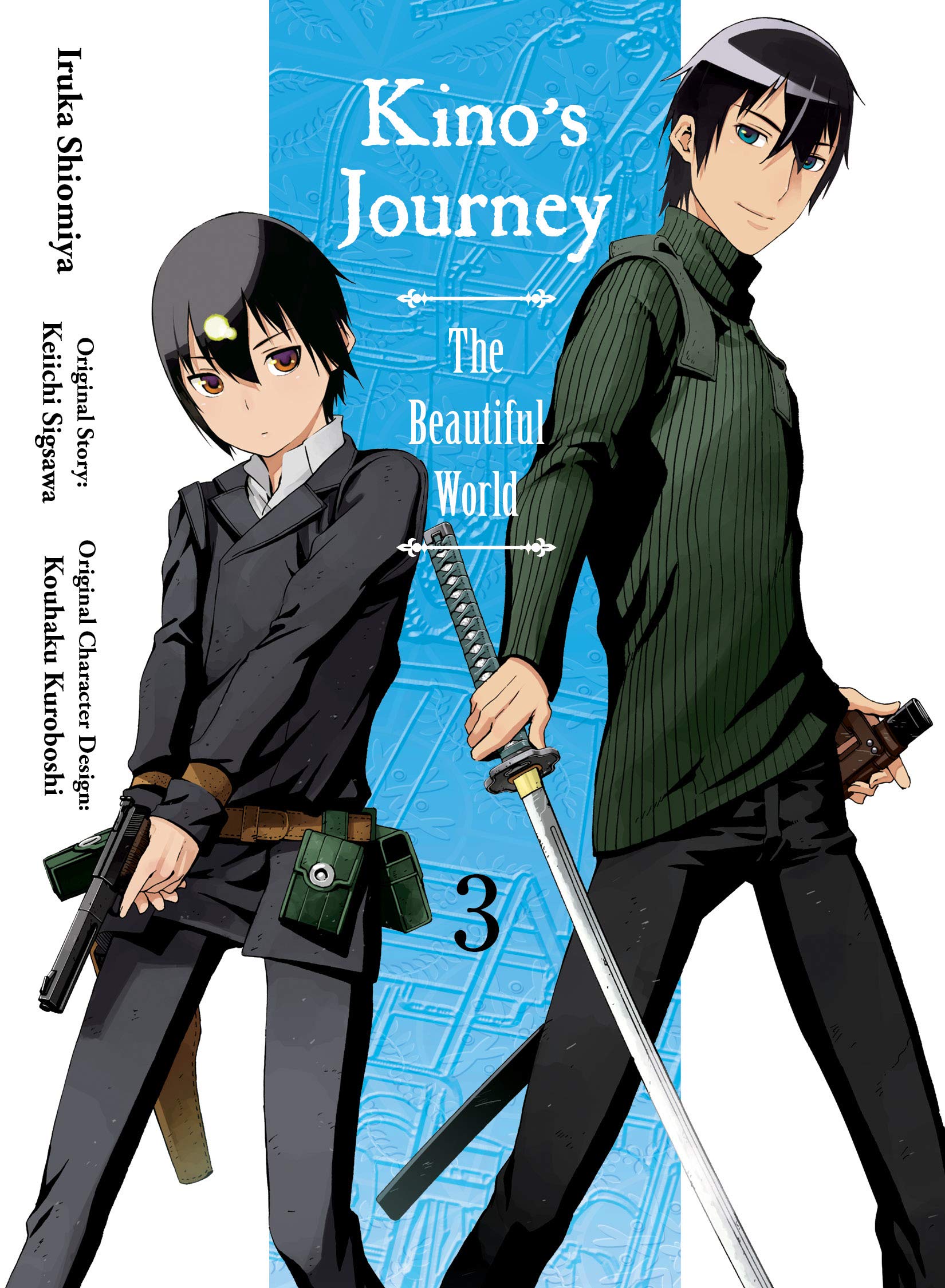 For a manga series that tries to promote proper means of dealing with conflict, the last thing I would’ve expected from Kino’s Journey: The Beautiful World was a tournament arc. Yet here we are, with the titular character wrapping themselves up into a circumstance that forces them to duel with other badasses of the land. But this is Kino’s Journey after all, so something that’s more akin to a shonen action series would have a twist up its sleeve here. That twist involves the usage of brains over brute force.

Taking up the entirety of its third volume, the story in this edition of Kino’s Journey: The Beautiful World has Kino and Hermes traveling into a new country. Upon entering, Kino is surprised to learn that those who enter are forced into fighting in a tournament for the entertainment of its citizens and king. The winner is not only granted citizenship, but can also make a new law for the land. Reluctantly, Kino prepares for the tournament, with their goal of reaching its ends.

Naturally, Kino attempts to win the tournament using their wits rather than hardcore brute force. As a fighter can win if the challenger willingly surrenders, they do their part in making sure unneeded bloodshed is spilt on the land. Of course, the other fighters don’t make it easy for Kino to accomplish this, with many of them wanting to kill Kino in order to gain access to the next round. Gunslingers, chain whip aficionados, and even a guy with a flame-throwing trombone are what’s in store for Kino when it comes times to duel.

Despite Kino’s Journey: The Beautiful World not going its more philosophical route, it’s great seeing what its main character can do when pushed against a wall. This is a person who has seen major brutality firsthand, so it’s natural for them to want to find another way around causing carnage. Here, Kino is forced to fight, but that doesn’t mean they have to kill. Every time a battle begins, the first thing Kino requests is that their opponent surrenders. Upon being rejected, that’s where this volume shines the brightest!

Iruka Shiomiya has taken Keiichi Sigawa’s original story, and brought it to life here with great detail. Despite it being a manga, one can’t help but feel the motions that are being put into place in this particular arc. From Kino shooting off a massive ball & chain, to an epic sword vs gun battle at the end with a very peculiar foe, each fight is captured with a wonderful amount of attention and beauty. Well, perhaps “beauty” isn’t the best word, especially when it comes to how Shiomiya draws some of the more gruesome wounds and kills in this storyline.

Even when not showing too much of its intelligence, Kino’s Journey: The Beautiful World continues to be a treat both for the eyes and mind. Though the title of this series may be said with a sarcastic tone at this point, Shiomiya still manages to deliver some sort of gorgeousness that Kino is fortunate to experience once in a great while. Maybe soon, our hero & their talking bike will get a break and actually see some beauty within humanity. Until that time comes, Kino’s Journey: The Beautiful World will just keep rolling down the road towards the great unknown.