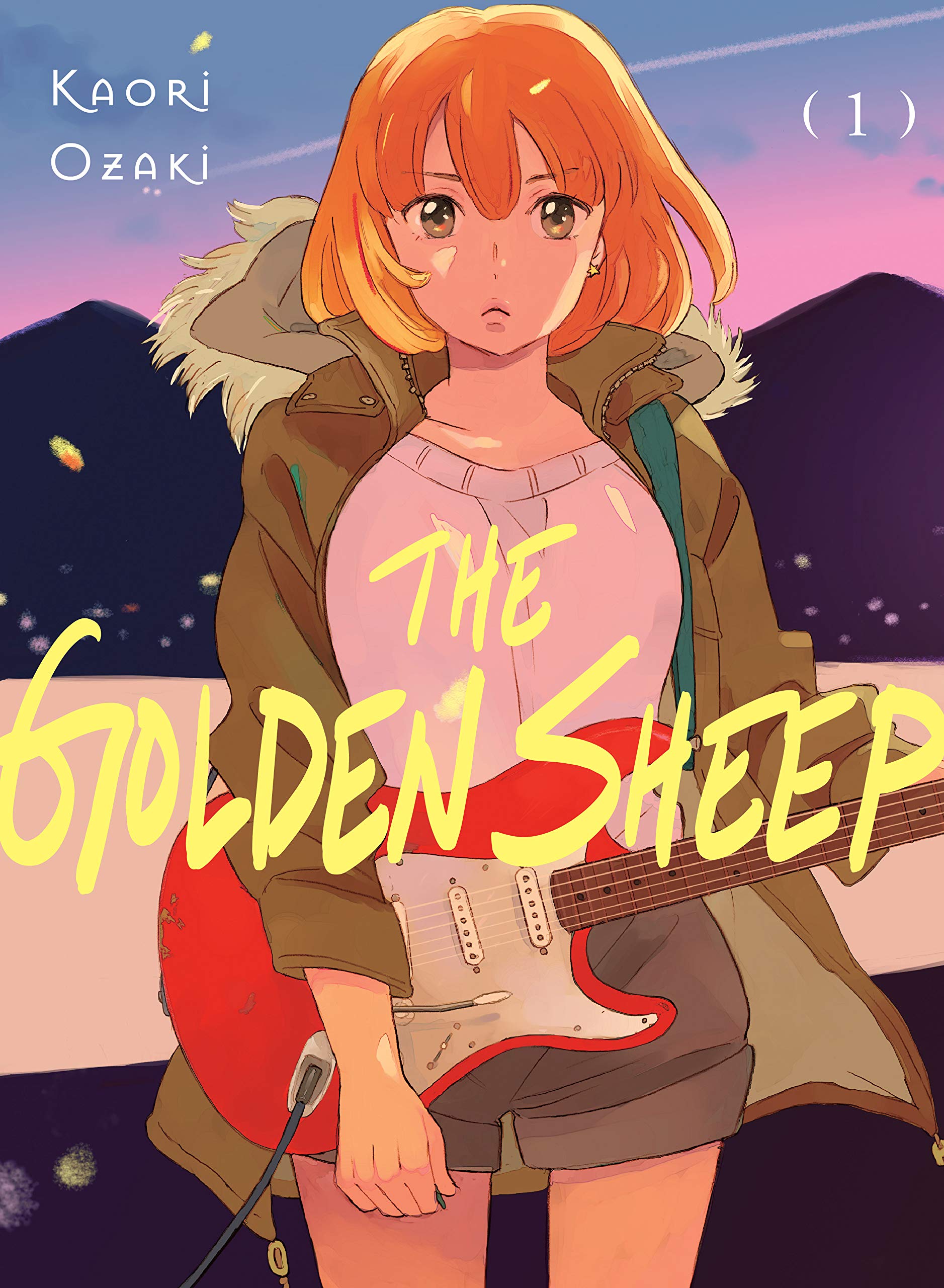 One can only wish that friends in the past never change their ways. Those who seem like upstanding individuals at youth could instead rot like an old apple rather than blossom beautifully. This is what Tsugu Miikura finds out in Kaori Ozaki’s The Golden Sheep, where the closest of friends can one day become the most bitter of enemies.

After her parents divorce, Tsugu and her sisters are whisked back to their childhood town. There she reunites with her old friends Sora, Yuushin, and Asari. On the surface, things seem rather normal, with everyone getting along like nothing has changed. However when Tsugu’s back is turned, the real faces of her old friends slowly reveal themselves, and it’s not pretty. In fact, it pushes Sora to almost take his own life.

The first volume of The Golden Sheep starts off with Sora’s suicide attempt, with Tsugu intervening with the aid of her guitar. Ozaki makes it clear right at the start that her latest work isn’t going to be some sort of feel-good romp all the way through. Though things seem to be okay even after that prelude, the layers start peeling away the cold truth. Yuushin is bullying Sora, to the point of causing him loads of physical harm; Asari, meanwhile, appears to be jealous of Tsugu, pushing her quickly out of her friend’s group over her easy-going means of talking to Yuushin.

Basically, this first volume shows how good-natured kids can wind up turning into awful teens. While one can probably understand why Yuushin became such a cynical dirtbag after what happened to his dad, how he takes it out on others is easily a frown-able offense. It’s apparent that every person here has their issues, even Tsugu. The thing is that some people know how to solider through the rough patches better than others, which is what our guitar-playing protagonist seems to be doing.

That is, until she and Sora decide to run away from home! We’re not even one volume in to The Golden Sheep, and already we have our two main characters ditching their rural surroundings for Tokyo! While Tsugu gets a little help from her dad later on, it’s very noticeable that this was legit too sporadic of an idea for her and Sora to do. The thing that bothers me about this plot device is that it seems to come way too soon for it to happen in a new series. (Perhaps Ozaki could’ve waited a few more chapters to jump into such a change of scenery?)

With that being said, I do like where this manga is going. Yes, things seem to be moving a little fast when it comes to Sora and Tsugu, but odds are this is but a temporary story arc. (Considering the manga’s title being a location in the rural town, I can see this quickly ending during the second volume.) There’s already a good amount of depth to these characters, and I am curious to see how they handle the changing behaviors of Yuushin and Asari later on down the line.

It also helps that Ozaki’s art style here is very beautiful. The characters have this sort of Kimi ni Todoke/Honey & Clover vibe coming off of them, with their emotions capturing perfectly what seems to be in their hearts. There’s also a great attention to detail when Tsugu is wailing on her guitar, demonstrating the level of intensity one showcases when a song takes control of them. Rural areas and bright cityscapes are presented with a good deal of their respective traits, though some parts of these backgrounds can be a tad too bare.

The Golden Sheep has my attention with its first volume, although I do worry that things might be going a tad too fast plot-wise. Still, Ozaki’s latest work is shaping to be a great portrayal of teenage angst and impromptu problem-solving that only a shojo manga can often deliver. How Sora and Tsugu’s relationship will evolve is anyone’s guess, but one thing’s for certain: they’re certainly easy to root for. If you’re looking for some good character drama with a good dose of beautiful art, then give The Golden Sheep a spin on your visual jukebox.