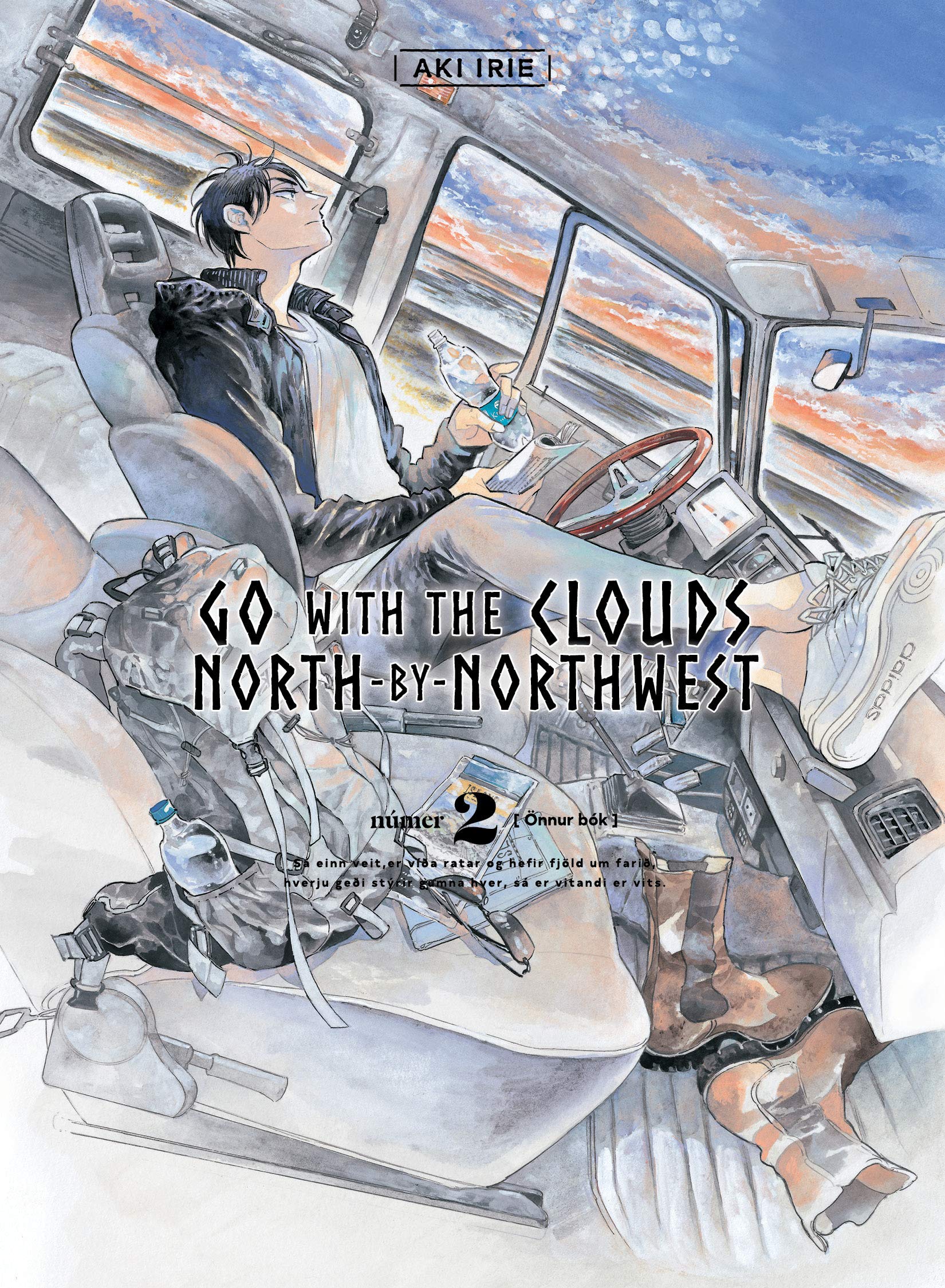 There’s always a dreamscape vibe when it comes to Aki Irie’s works. Perhaps this is part of the reason why she chose Iceland as the setting for her manga series Go With The Clouds, North-By-Northwest. The pristine lands, the people, and sights & events Iceland present are something out of a Norse fairytale. At least, that’s what I’m getting from the second volume of Go With The Clouds, North-By-Northwest, which puts its main plot in the trunk of its Jeep and instead embarks on some sightseeing.

Still in Iceland, Kei calls up his friend Kiyoshi to see if he’d like to come down and visit. Upon his arrival, the two pals drive around to see what Iceland has to offer. From the tasty foods and geysers to the hot springs and towns, Kiyoshi experiences a new side of life he never knew existed outside of Japan. Of course, such a trip wouldn’t be fun without a bit of a run-in with Jacques’s girlfriend’s niece Lilja.

This particular volume of Go With The Clouds, North-By-Northwest doesn’t dive into Kei’s investigative work, nor does it attempt to add anything new regarding his brother Michitaka. Instead, we’re given basically a full-blown guide to the best that Iceland has to offer. On top of that, you also learn a bit of history about its founding, as well as how it was formed millions of years ago. In its own way, it delivers these factoids in both educational and entertaining ways.

With that being said, nothing plot-wise occurs here in this volume, which is a bit of a disappointment seeing how Volume One left its readers off. You get the origin story of Kei and Kiyoshi’s friendship, but nothing much else beyond that. Thankfully, while this volume is light on plot, Irie’s knack for drawing gorgeous visuals is what stands out the most here. The churches, the towns, the valleys, and mountains are presented with such immaculate detail, going between the lines of the fantastical and the realistic.

Although there isn’t much to drive its story further, Go With The Clouds, North-By-Northwest does have plenty of eye candy in its second volume. While one hopes that more will be presented regarding Kei’s job the next time around, at the very least Irie has the knack to give readers a pristine piece of relaxing reading material from time-to-time. At any rate, this volume of Go With The Clouds, North-By-Northwest does present a great light on what Iceland has to offer for future tourists, showing that it’s not just the place where Björk and LazyTown reside...

NBNR Presents: the pillows 30th An...