MANGA REVIEW | "Go with the Clouds, North-By-Northwest" - Volume One 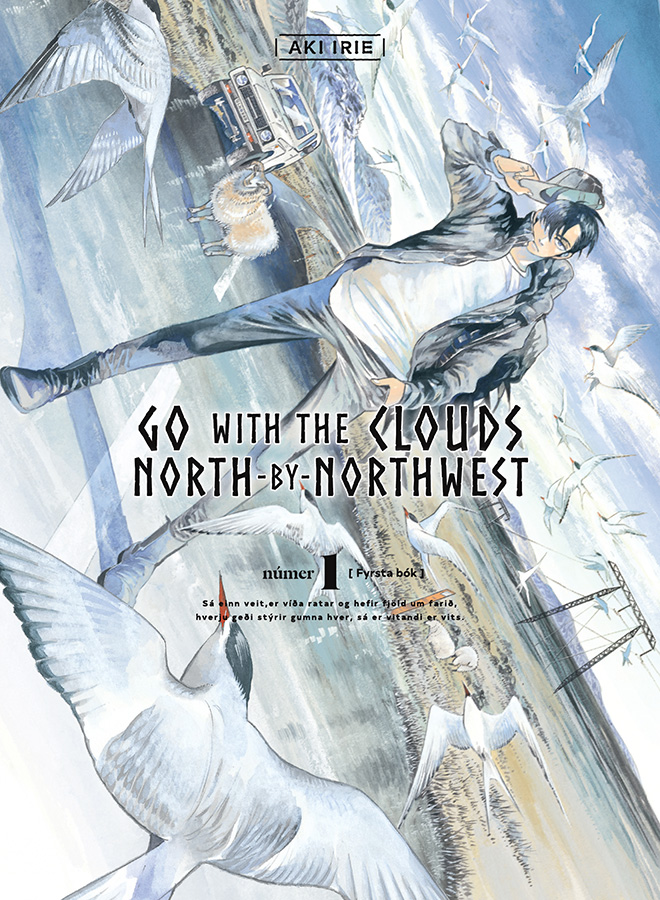 MANGA REVIEW | "Go with the Clouds, North-By-Northwest" - Volume One

Whenever I read a work by Aki Irie, there always seems to be a certain spark of magic that's present around me. Her series Ran and the Gray World has demonstrated such a fleeting feeling as I turn each page, mesmerized by her characters and the art she's crafted. Now that Ran has ended over in Japan, it was time for Irie to find her next story. Who would've thunk that she would find the ground for her work in the soil-less realm of Iceland! Even more wonderful is just how Go with the Clouds, North-By-Northwest pulls its audience into Irie's newest adult fairy tale.

Like Ran and the Gray World, Go with the Clouds, North-By-Northwest puts its focus on a special person-of-interest: Kei Miyama, a 17-year-old who has the knack to talk to cars in the same way he can't talk to women. Working as a private investigator in Iceland, Kei uses his talents to find people for the sake of easing their hearts. His job and life seems to be going well, until he finds himself unable to contact his younger brother Michitaka. After returning to Japan with his grandfather, he's startled by a tragic reveal, one that's not shouldered well when a cop shows up to ask him questions about his sibling.

At first, Go with the the Clouds gives off a bit of a Kino's Journey vibe, what with Kei's constant chats with his car. The only difference here is that neither the audience or people around Kei can hear what the vehicle is saying. As such, it perceives Kei to be a little bit mad in the eyes of the average person. However, as it turns out, this is but a strange talent that he has, as he's been able to hold conversations with inaudible objects since he was young. It also helps with his task as a private investigator, as evident in how he finds a canine that a woman wants returned to her. 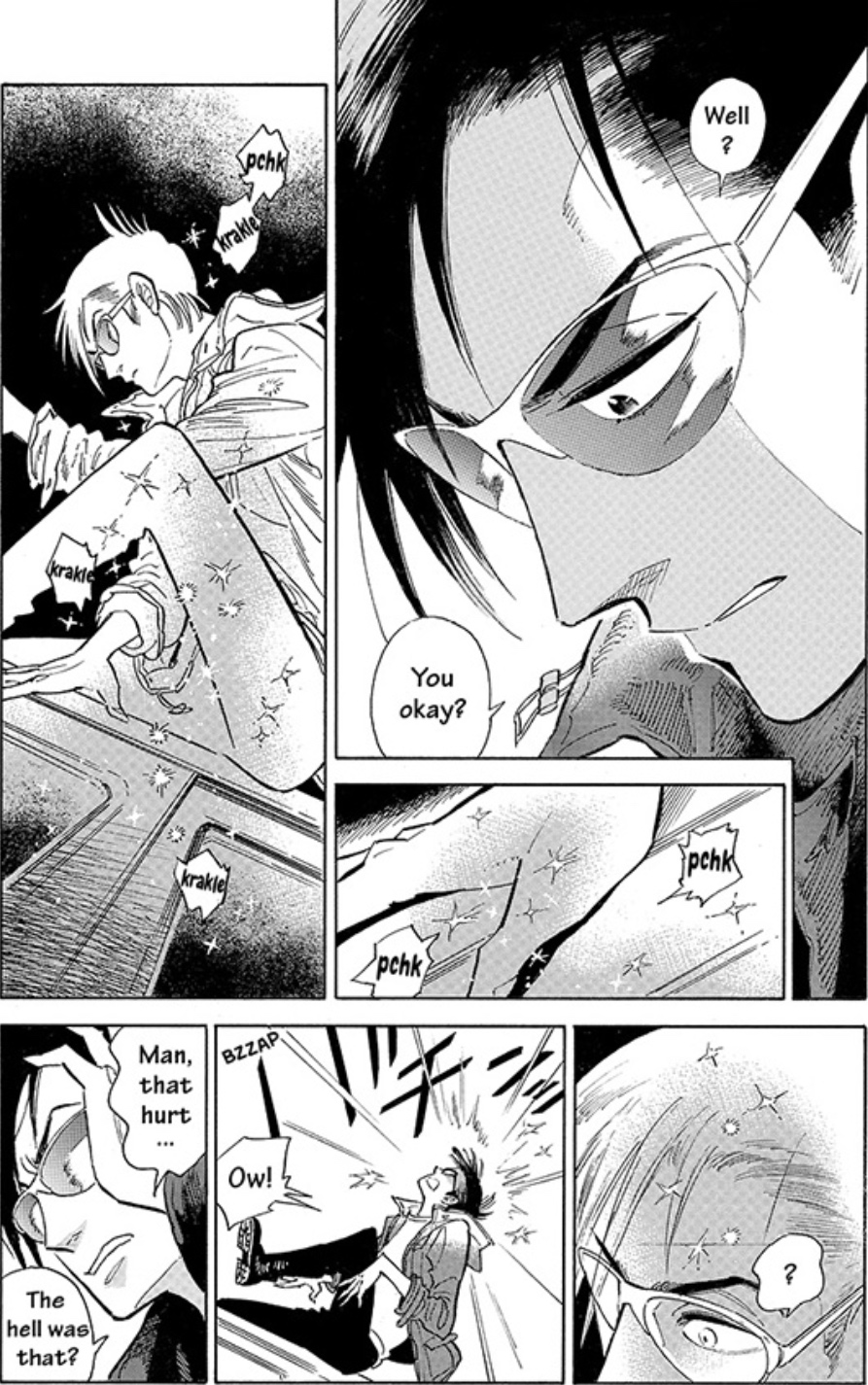 It's soon after a chat with the current dog's owner when readers discover the true reason for why Kei works as a P.I., with the cases being more focused on the matters of the heart rather than of the material possession. He finds the people a customer desires most, bringing forth either a rekindled romance or a brand-new one. This doesn't quite play well in his favor later on, when a woman seeking a fleeting love winds up placing the woman with Kei's own grandpa, resulting in a hookup that gives Kei quite the understandable reaction to.

However, the tone suddenly changes when Kei has issue reaching his younger brother Michitaka. After a trip back to Japan, the reasons for his possible disappearance lay a heavy burden on his subconscious. How he tries to find him results in actions that may seem obsessive, but at the same time bring to focus how any person who try to seek a lost family member. What he discovers leads to an ironically funny realization, one that leads him needing to head back the way he came as soon as possible.

Of course, there's a plethora of mysteries that Go with the Clouds is slowly unraveling. What really happened with his aunt & uncle? Why is Michitaka on the run? Who is Lilja, and does she have a special power of her own? These are the sorts of questions that will run through one's brain while reading Irie's latest work. Fortunately, her writing paces itself out in a way that makes the chase for these answers all the more thrilling. 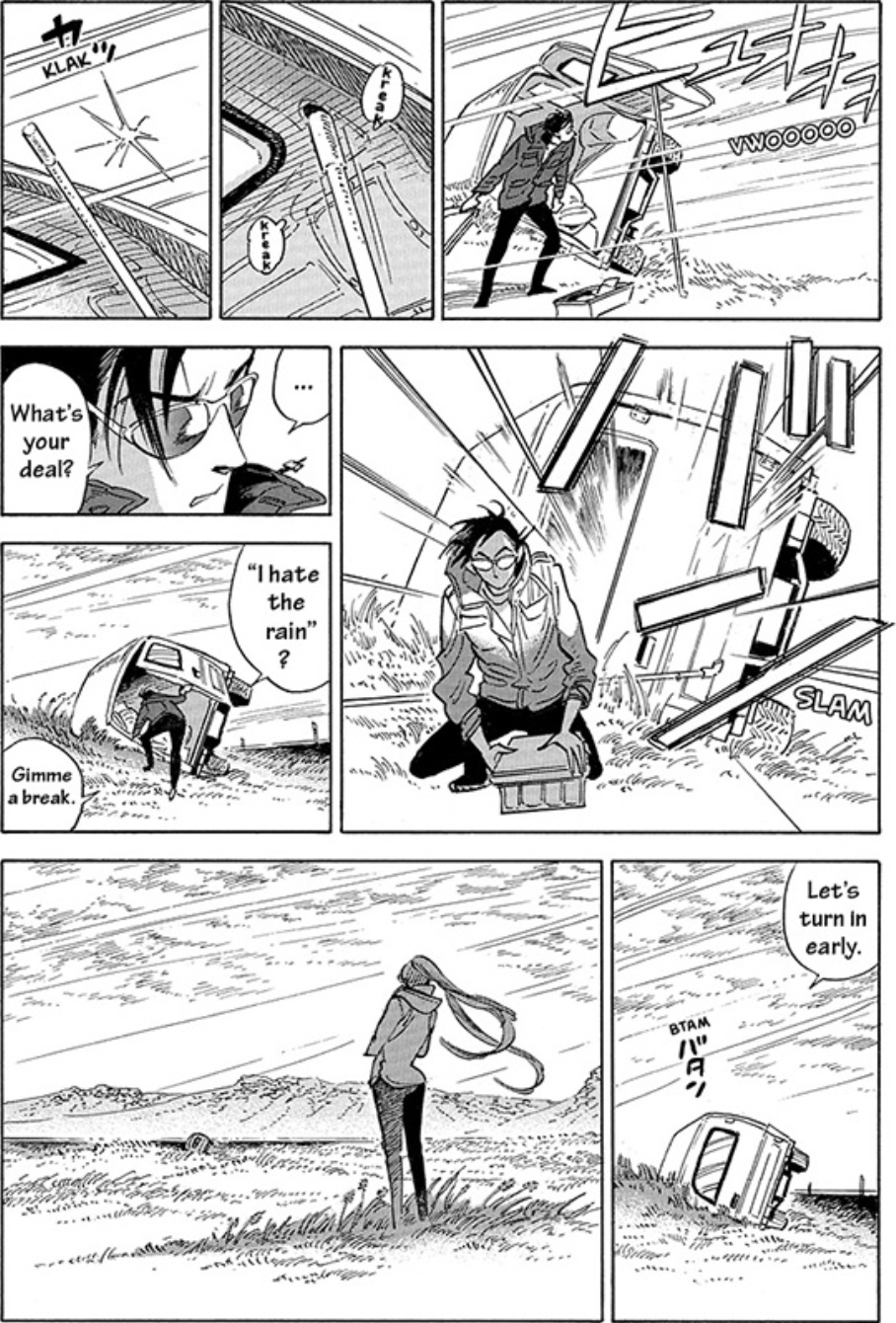 Irie's art style has certainly evolved since Ran and the Gray World, which itself was a beautiful series to read. Her attention to people, interiors, exteriors, and even the smallest of objects is on the level of some of the best manga artists out there. Unlike Boichi's excellent work in Dr. STONE -- where everything is eye-popping-ly gorgeous -- Irie knows when to keep things in the background from drowning out the stuff in the foreground. As such, Irie places a good amount of focus in the beauty that's in front of her readers, letting their eyes relax and discover all the little nuggets she has placed throughout her pages.

Go with the Clouds, North-By-Northwest is a strong fantastical mystery in the making. Irie brings to life these characters with such beauty and personality, all the while showcasing her talents with her attention to detail on every page. With its mixture of drama, humor, and action, Go with the Clouds, North-by-Northwest is one Icelandic adventure that's bound to take any reader by surprise.

ANIME REVIEW | Love is a Battlefie...