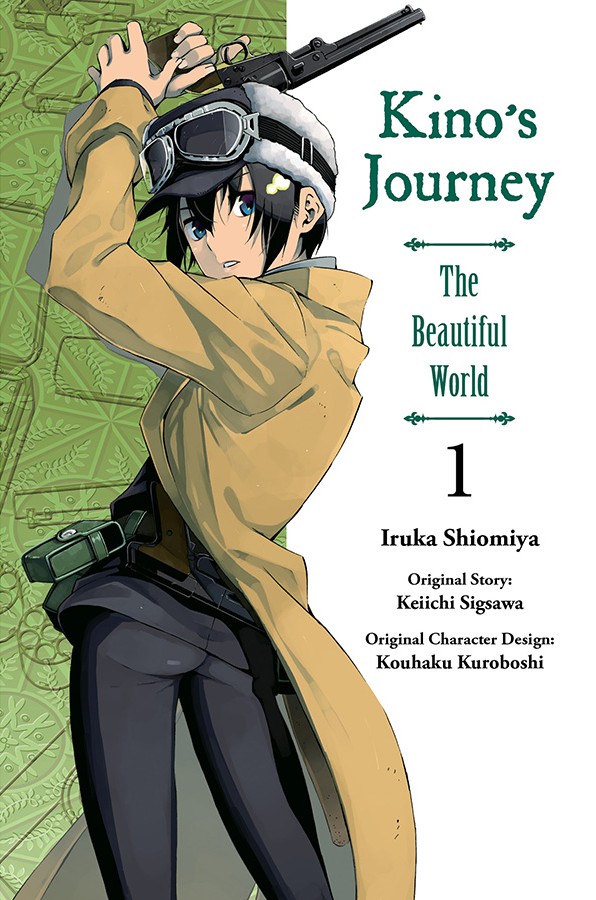 Seventeen years. That's how long it took for Keiichi Sigsawa's classic light novel series Kino's Journey: The Beautiful World to get its own manga adaptation. Since that time, there have been two anime series, as well as two short films, a few audio drama series, and a couple of Japan-exclusive visual novels on the PlayStation 2. For a long time, Sigsawa had thought that a manga version of his story would never be brought to life, citing various postponements, dropped concepts, and even bad luck for its non-existence. Fortunately, one Iruka Shiomiya entered the fold, bringing both Sigsawa's story and Kouhaku Kuroboshi's illustrations to the paneled world of comics. From its first volume alone, it appears this journey was well worth the hard work & merit to create!

The story of Kino's Journey: The Beautiful World focuses on the titular character and their talking motorrad Hermes. Never the type to stay put in one place, the duo set out from place-to-place to experience what the open road is aiming to deliver. From a town filled with robots and reclusive humans to a run-in with three men working on the rail tracks, Kino's interactions with the new people in his life is filled with inquisitive thoughts and deep philosophies. Of course, every journey has a beginning, and Kino's is one involving a great awakening. 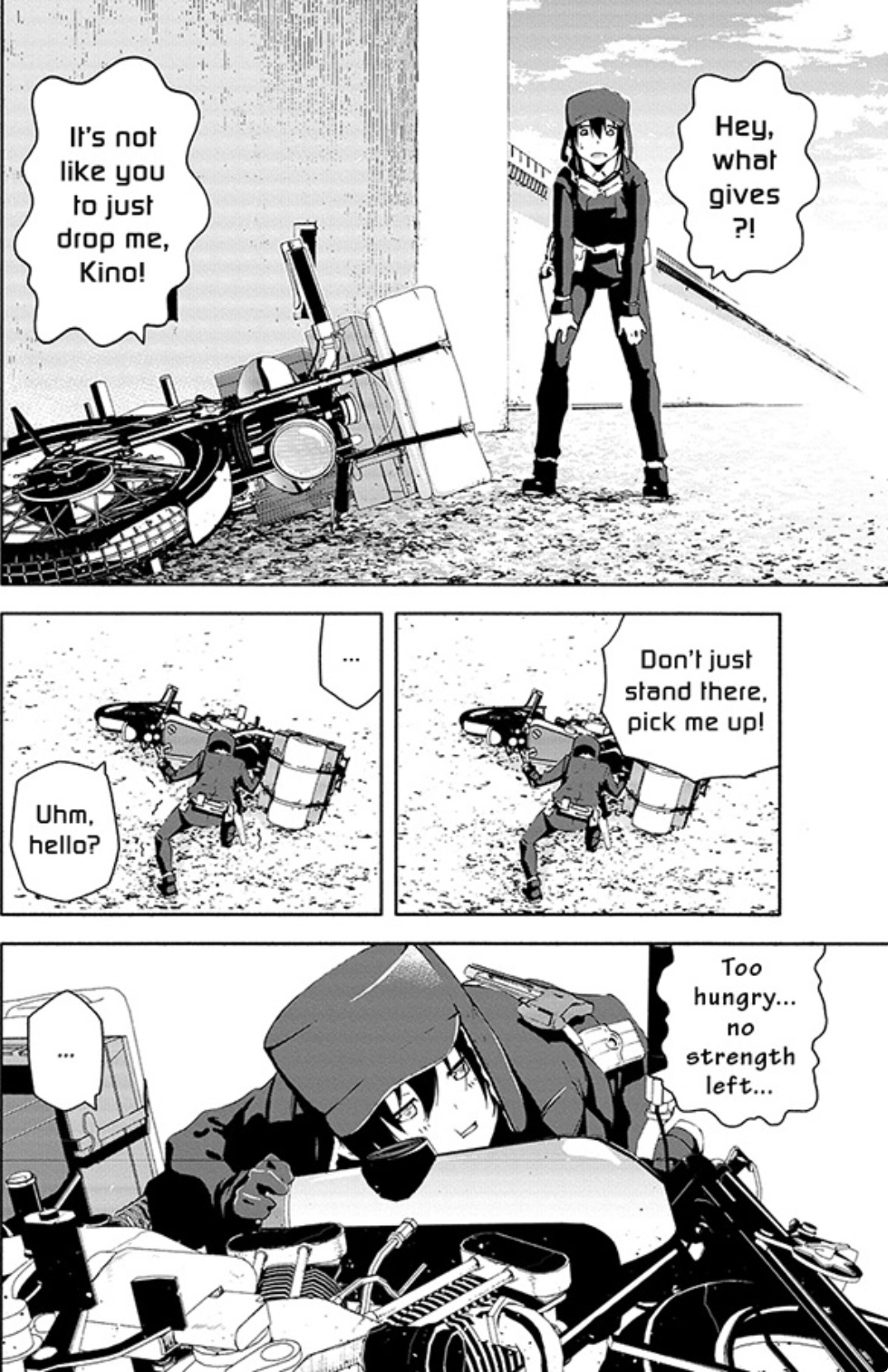 Readers are quickly pushed into a flashback, with Kino's previous self finding a friendship with a wandering traveler. The traveler notices something is off with their town, with a big reveal over how one goes from child to adult in a disturbing manner. After being rescued from death, Kino takes the traveler's identity and the bike they were fixing up and leaves their violent home behind in the dust. And thus, with eyes wide and mind open, Kino and their talking motorcycle go forth on an escapade towards the great unknown.

Despite the origin story, what makes Kino's Journey a great read is the mysteries that engulf the world that surrounds it. There's an unsettling aura that fills the atmosphere in each location, one that places an uncontrollable hold of the people from within. Sometimes it's presented in a humorous light, as evident with the railroad story; at times, it's filled with sadness, like with the town where everyone can hear each other's thoughts. However, one of the things that's apparent right off the bat is how dangerous many of these areas can be, especially with the mentality of Kino's home village. 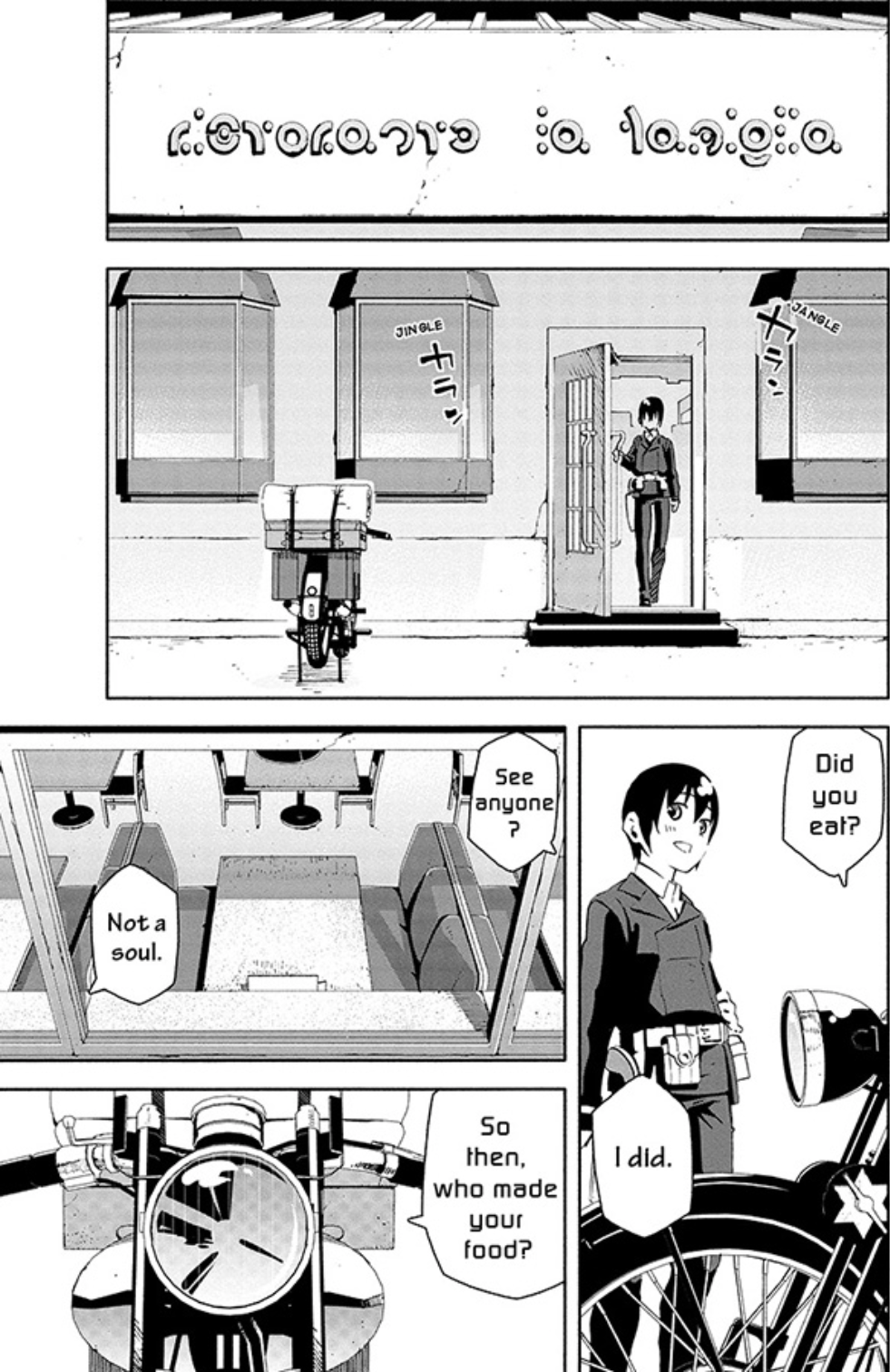 Thankfully, there is a feeling of hope that encompasses Kino's adventure throughout. Each conversation he has with the new people in his life seems to lift the weights off both citizen and traveler, in a way that betters them as individuals. Though a parting may be uplifting or sad, there's a deep sensation between every person that opens their minds and spirits towards a bigger understanding on the ways of the world and why some things -- despite being obtainable -- shouldn't be chased. The story revolving around the town whose citizens can hear everyone's thoughts & emotions is a great example of the latter, giving way to how certain golden discoveries can regress to the worst finding of fool's gold imaginable.

Shiomiya captures Sigsawa's original light novels beautifully, with the mixture of traditional drawing and computer imagery for Hermes. This combination manages to bring out the best of both worlds, with the motorrad looking like a beautiful piece of technology stuck in a semi-archaic backdrop. The worlds are beautifully detailed, from the dark mysterious forests that Kino & Hermes sometimes sleep around to the empty suburban areas that give a quaint-yet-hollow feel to its atmosphere. Its characters also brim with personality, with Kino's bright persona conflicting with many of the tired-looking citizens they come across on their treks. 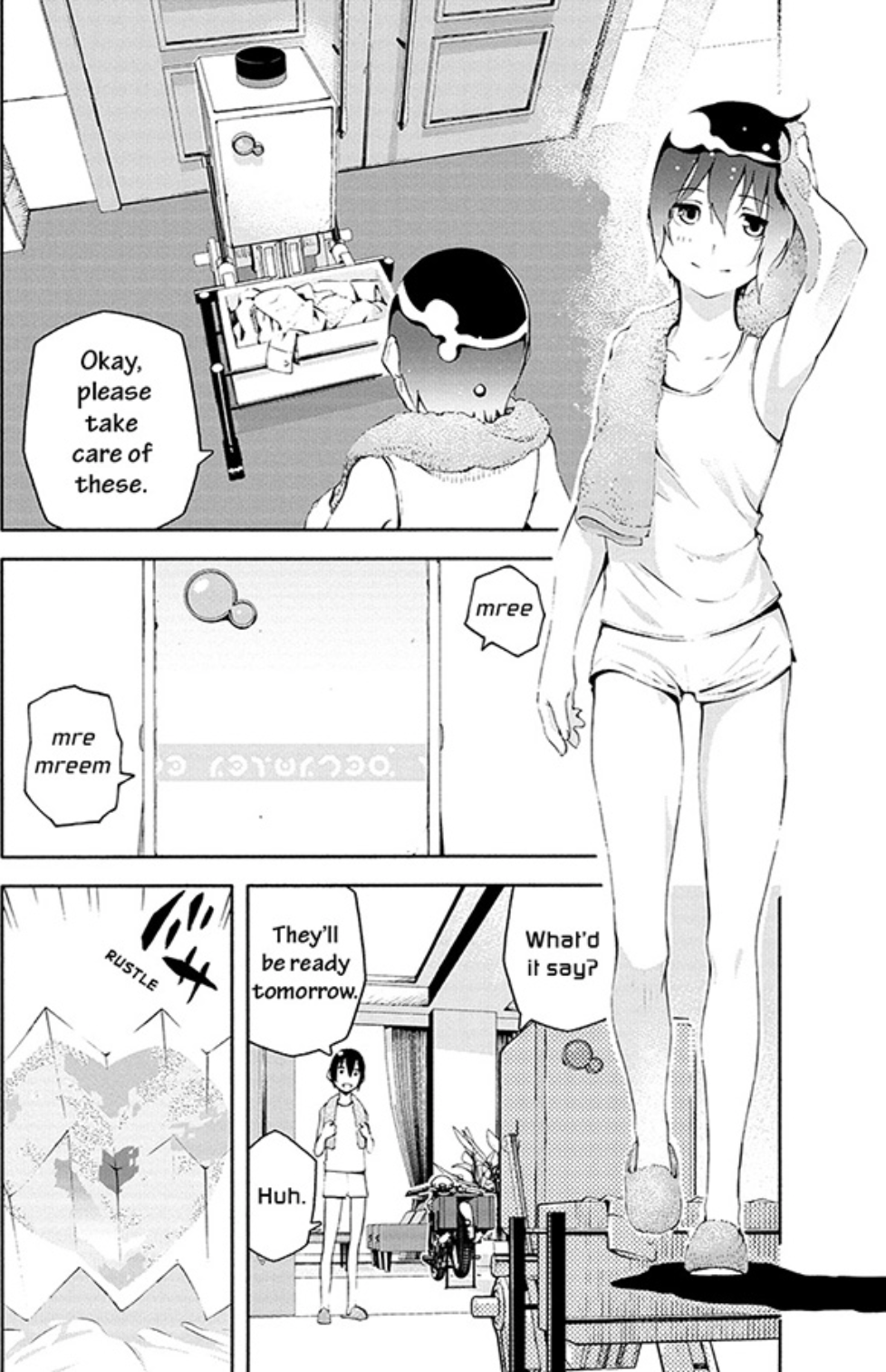 Kino's Journey: The Beautiful World is all about discovery and finding one's place in the world. With a great duo in the spotlight and its melancholy personality, Shiomiya's adaptation of Sigsawa's classic light novel series is itching to be a beautiful and well-told road trip of a story. Poignant, funny, and filled with heart, this take on Kino's Journey is an easy rider of a tale that fans new and old will gladly hitchhike their way towards. Now if we can just get a Heat Vision & Jack manga in the works...