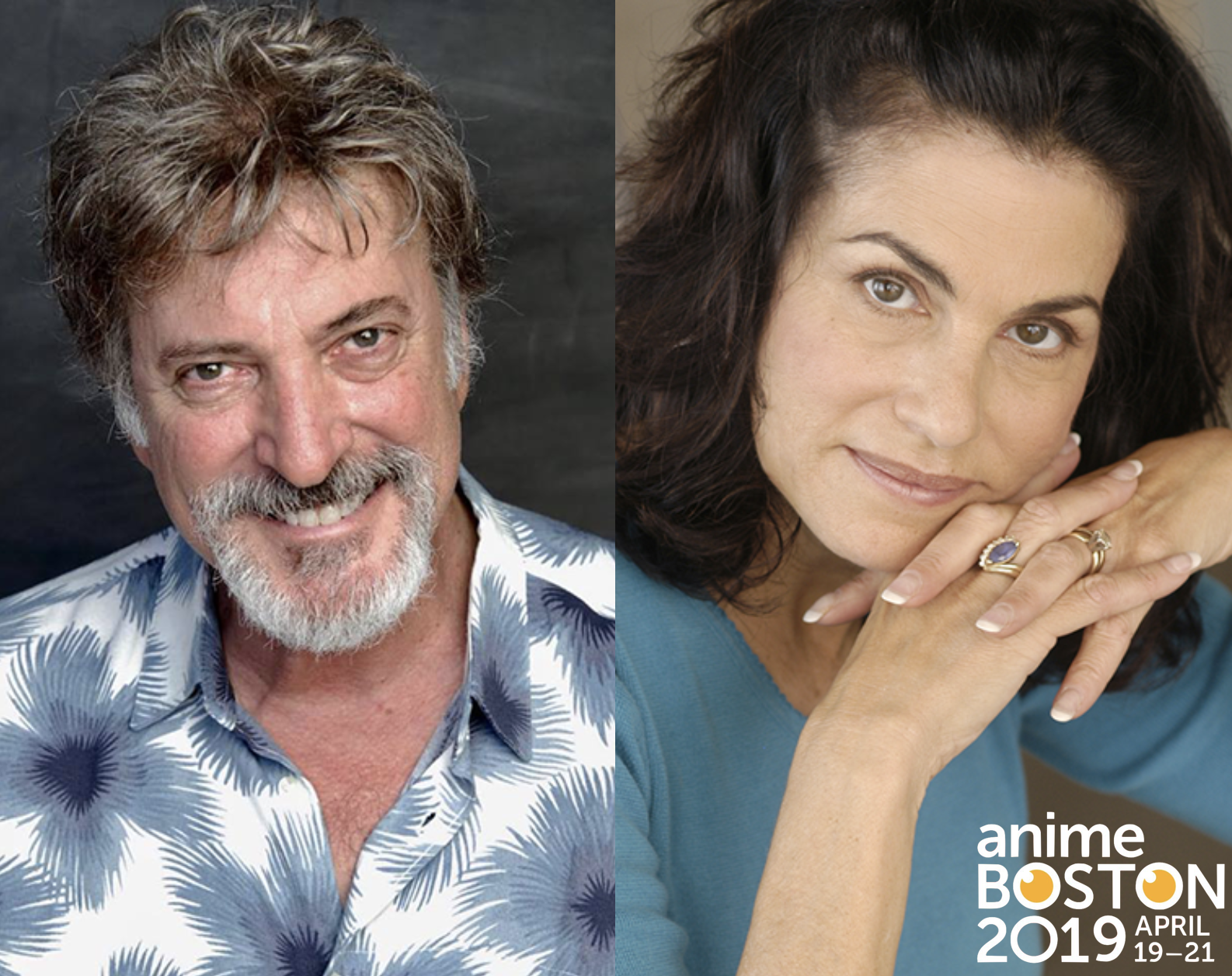 One of anime's best partners-in-crime and a master at piloting many a giant mech are both heading to Anime Boston 2019, with the announcements of guests Ellyn Stern and a returning Richard Epcar!

Having voiced over 500 characters in games, animation, and anime, Richard Epcar is best known as the voice of Jigen in Lupin The Third, Batou in Ghost in the Shell, The Joker in several Batman games including Injustice: Gods Among Us, Raiden in Mortal Kombat, Ansem in Kingdom Hearts, Joseph Joestar in Jojo’s Bizarre Adventure, and Akuma in Street Fighter V! Starting out in Robotech, you’ve heard him in Legend of Korra, Batman Unlimited as Commissioner Gordon, Meglobox, Pokémon Generations as Giovanni, Dragon Ball Super, Monster, Naruto, Bobobo-bo Bo-bobo, Transformers, Bleach, Durarara!!, Great Teacher Onizuka, Gundam, Macross, Lucky Star, Digimon, The Seven Deadly Sins, and Babylon 5!

Ellyn Stern began her acting career at the age of 12. She is a classically trained actress, voice actress, director, and writer. Her career spans film, television and stage. She has voiced hundreds of characters in games, animation, and anime, beginning her voice acting career with Robotech. Stern has appeared as Agatha in Pokémon Generations, Elena Gotti in Lupin the Third Part IV, Mrs. Tashio in Skip Beat, Masaki Kurosaki in Bleach, Miyuki Goto Rossario in Noein, Harraway in Ghost In The Shell II: Innocence, Martha Vist Carbine in Mobile Suit Gundam Unicorn, Jack’s Mom in MÄR, Rosalind in Armitage III, Lady M in Samurai X, and Moru in Vampire Princess Miyu.