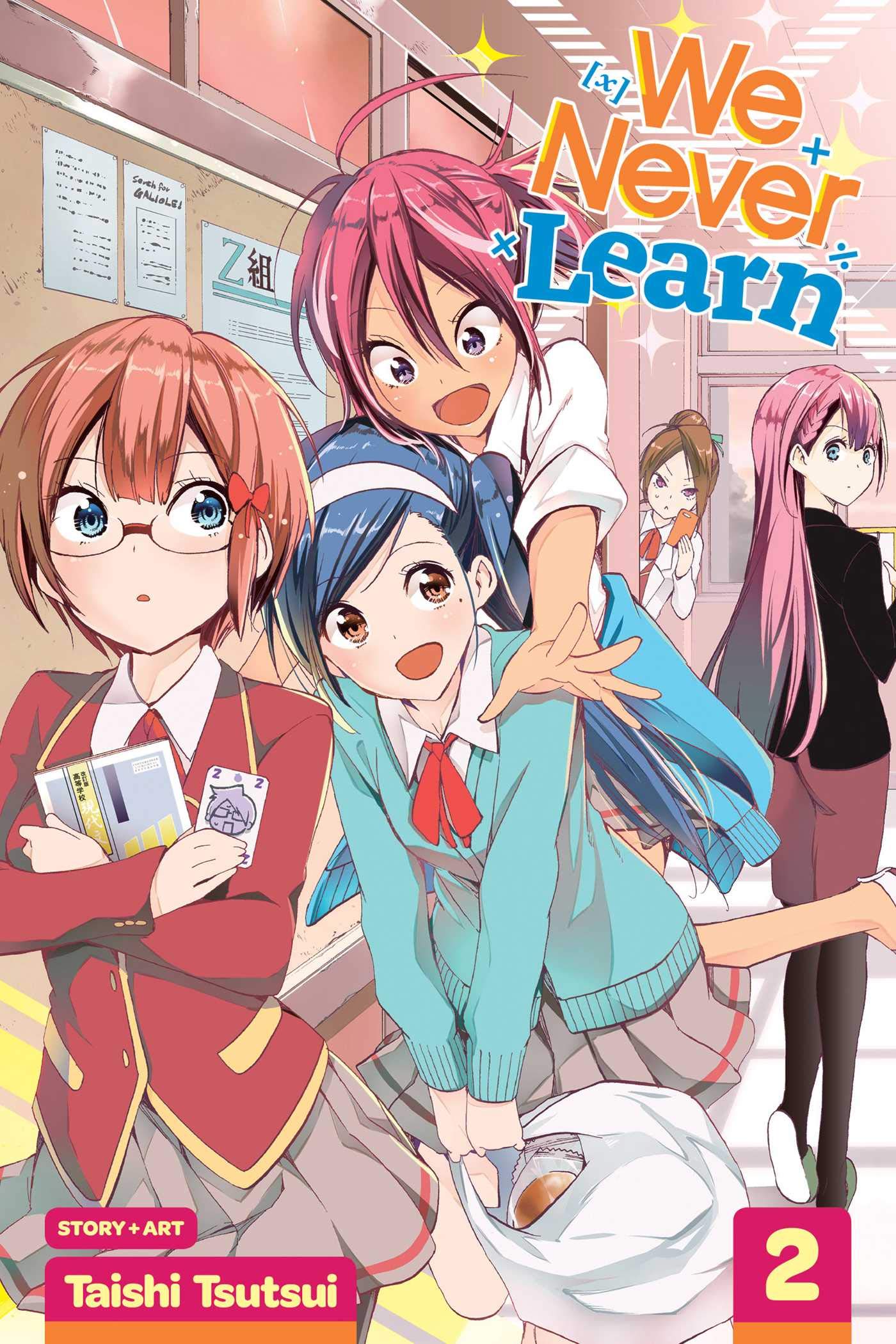 Taishi Tsutsui's We Never Learn took some time to get its gears turning. The story of a poor genius and the three students he must tutor to place in his college of choice had some rough patches in its first volume. Towards its end, it appeared that it was getting the groove it so wanted to bring to its audience. Volume Two is where We Never Learn gains the voice & brains that it very much wanted from the very beginning, albeit with some by-the-numbers storytelling.

We Never Learn's second volume places tutor Nariyuki and his dimwitted students Rizu, Fumino, and Uruka into various testing situations, book-wise and in life. Midterms, common colds, school trips, and dietary tactics are all on display as the gang tackle one problem after another. With the girls' former tutor watching from the wayside, it becomes apparent that the trio of dumb geniuses are doing their very best to aim for their dreams and study of choice. However, as Nariyuki gets closer to the three of them, deep feelings for the tutor start to rise up from within their bellies. 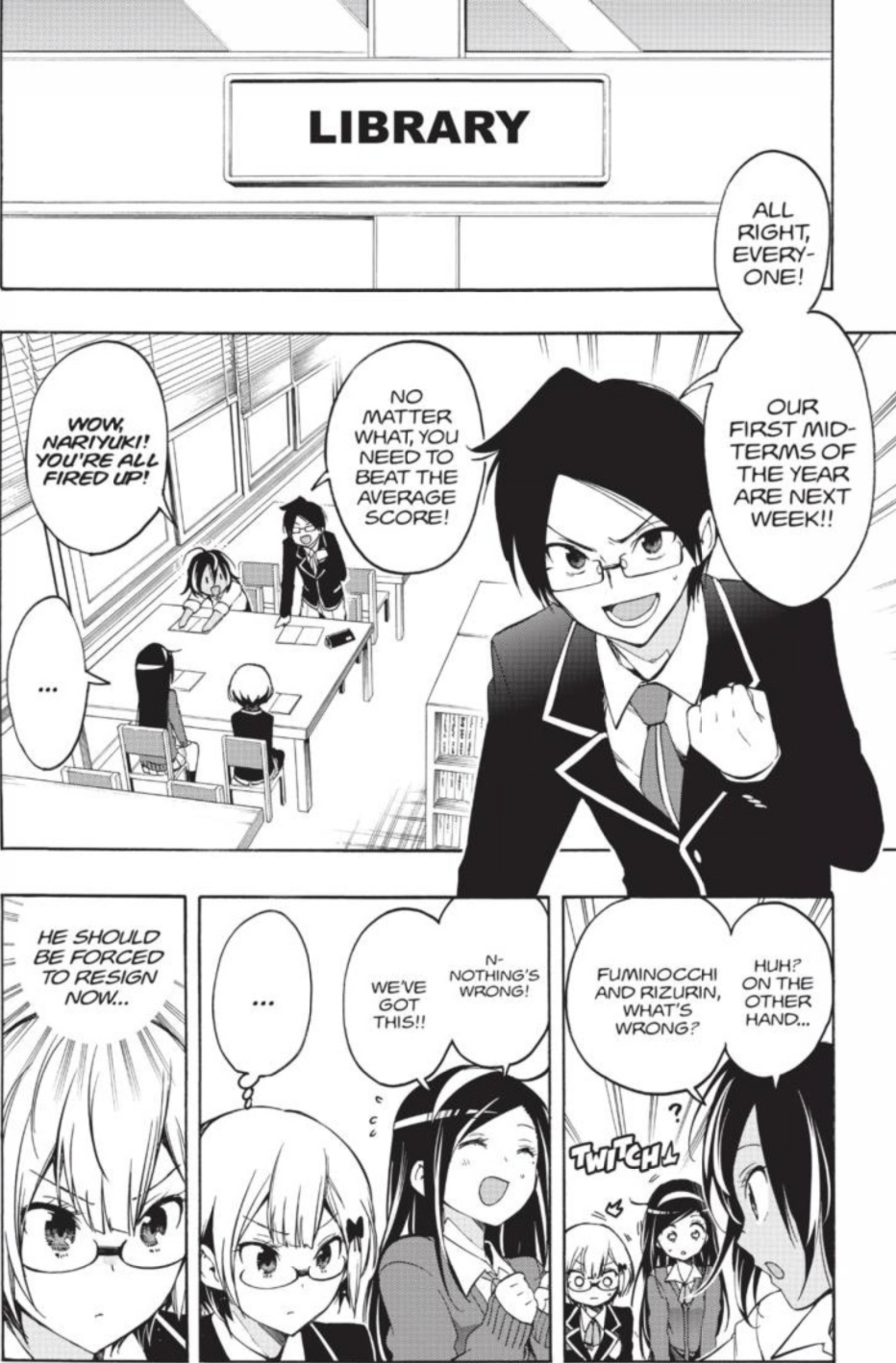 In a way, We Never Learn treads old harem comedy ground, with gags revolving around magical accidents and dumb misunderstandings occurring on regular occurrences. Even adding in a rival character for Rizu in the form of science club president Sawako is somewhat old hat when it comes to this storytelling. Yet for some reason, Tsutsui's writing techniques here make these old plotlines sound fresh. It's strange to say, but perhaps one of the big reasons for the change in the manga's quality is the newfound focus being more on having legit fun with the characters.

A chapter where Uruka aids Nariyuki in getting a toy for his kid sister results in them entering a couple's contest that visually hilarious. Watching Sawako try to rile up Rizu's emotions during a study session ends with a very cute punchline that shows what she was jotting throughout her rival's tactics. Even Fumino attempting to swear off sweets is brought to life in a relatable way, revealing a very funny reason for her recent weight gain. (Note to Japanese citizens: you need to change your view on what the definite of a "fat person" is. Just sayin'.) And while there have been many manga having a male student hiding someplace where the ladies throw off their clothes, how it's presented is a tad bit better due to the muck-up Rizu makes while she and Nariyuki are forced to clean the baths. 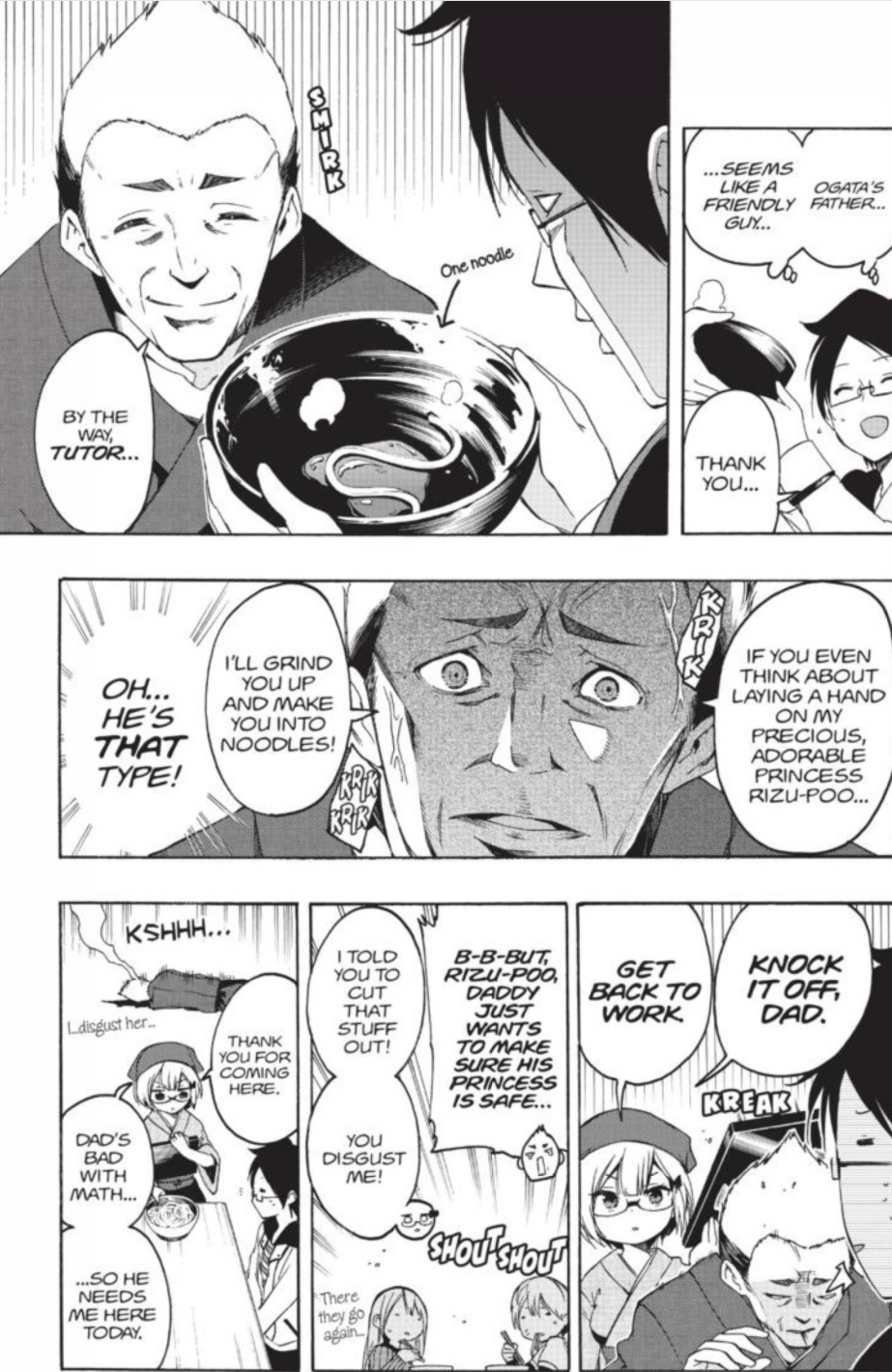 I was initially wary of having the characters start falling head-over-heels in love with him, as that almost guarantees some messy writing and ho-hum rivalries to form. Surprisingly, it winds up being a lot sweeter, with their emotions being more genuine than half-heartedly slapped on for the sake of the plot. Taking a cue surprisingly from Monster Musume of all things, all three women are very dumb when it comes to things of love & romance. Because of this, it leads to some humorous internal monologues when they're with Nariyuki, who only is trying his hardest to get these three to pass their classes.

From the studying perspective, We Never Learn does a great job with its can-do attitude. You get the sense that this trio is doing their darndest to pass the grade, with Nariyuki being the best cheerleader they can ask for. The two opening chapters showcase how much Rizu & Fumino's will to study has evolved since the first one, with Uruka slowly moseying along with them on the train towards the land of passable grades. Mind you, you won't gain actual knowledge while reading this manga, but you might just find yourself wanting to push yourself better when it comes to studying and learning. 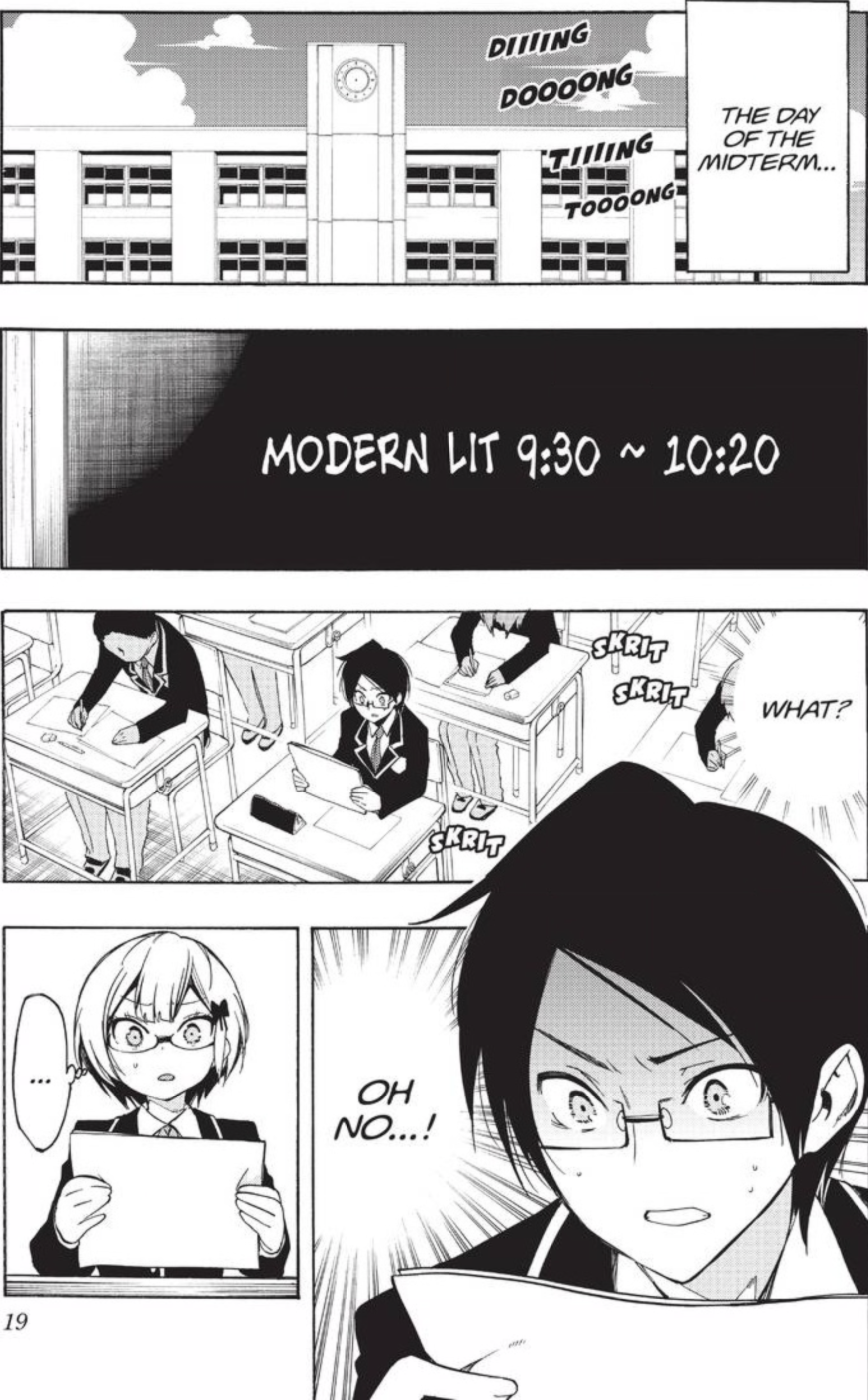 Volume Two of We Never Learn pushes out more fun storylines with its already likable cast, making certain retreads feel more refreshing this time around. Although it would be great to see Tsutsui relocate his net to a harem rom-com pond that hasn't been touched by others, he's managing to craft new recipes from past author's catches & ingredients. In a big way, this latest chapter in We Never Learn is a vast improvement over the last, almost as if its intelligence is rising alongside its female protagonists'.