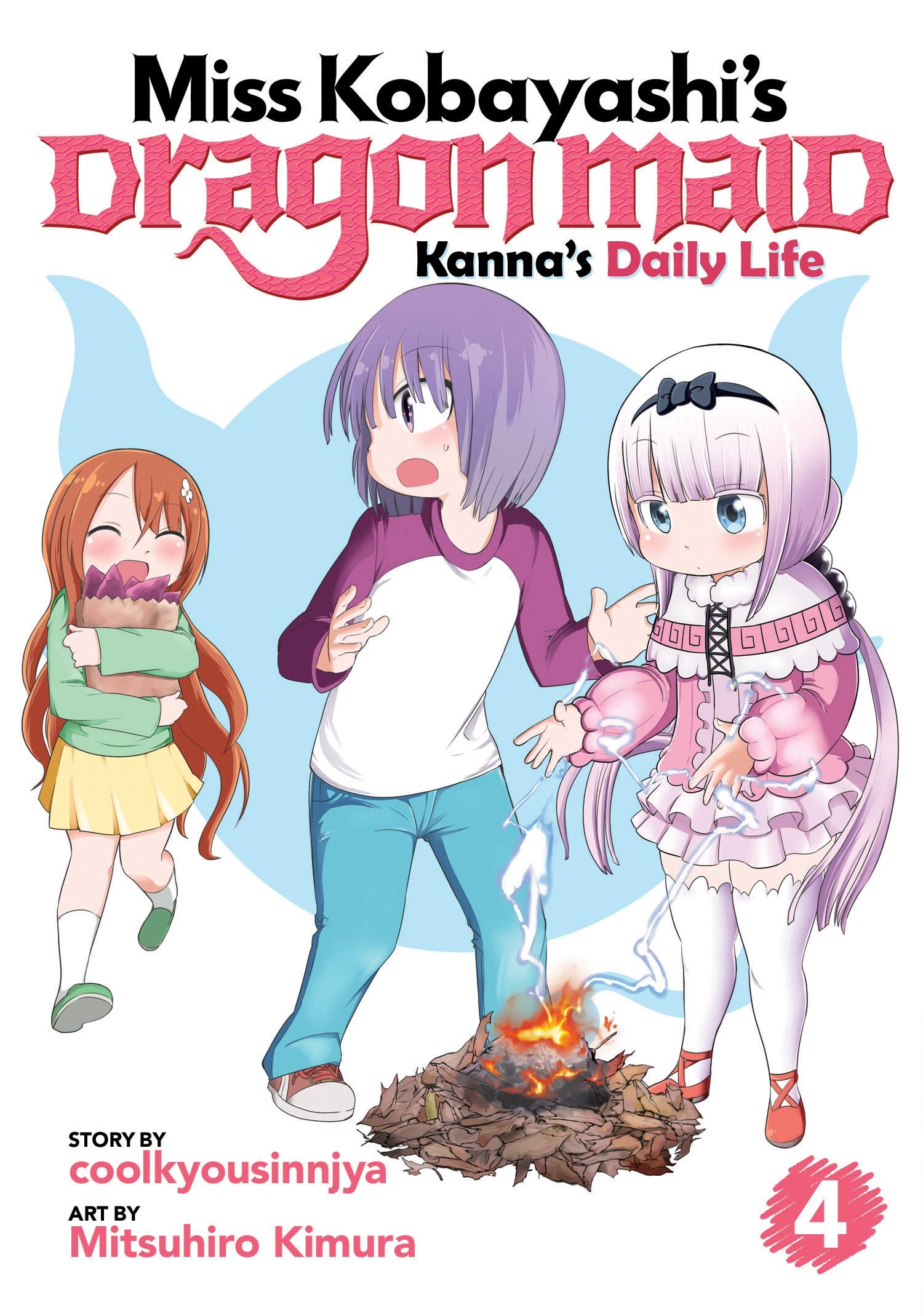 As spinoffs go, Kanna's Daily Life doesn't tread the same road as Miss Kobayashi's Dragon Maid. Instead, it focuses on its own path, bringing together another perspective of the same world from a different character alongside some refreshing stories. Perhaps this is why I never feel disappointed when the spotlight moves away from the Lolita dragon, as it shines on another case member from Coolkyoushinja's original series.

The fourth volume of Kanna's Daily Life begins as the autumn brings in colored leaves and fall pastimes. Kanna struggles to get the last it of her summer homework done, while she and Saikawa embark on a quest to become magical girls. There are also some adventures involving Lucoa and Shouta, with the friends assisting on a wheat farm and mending the friendship between the mage-in-training and the well-endowed dragon. Saikawa also finds herself in need of learning an important lesson, one involving letting Kanna hang around other friends besides her. 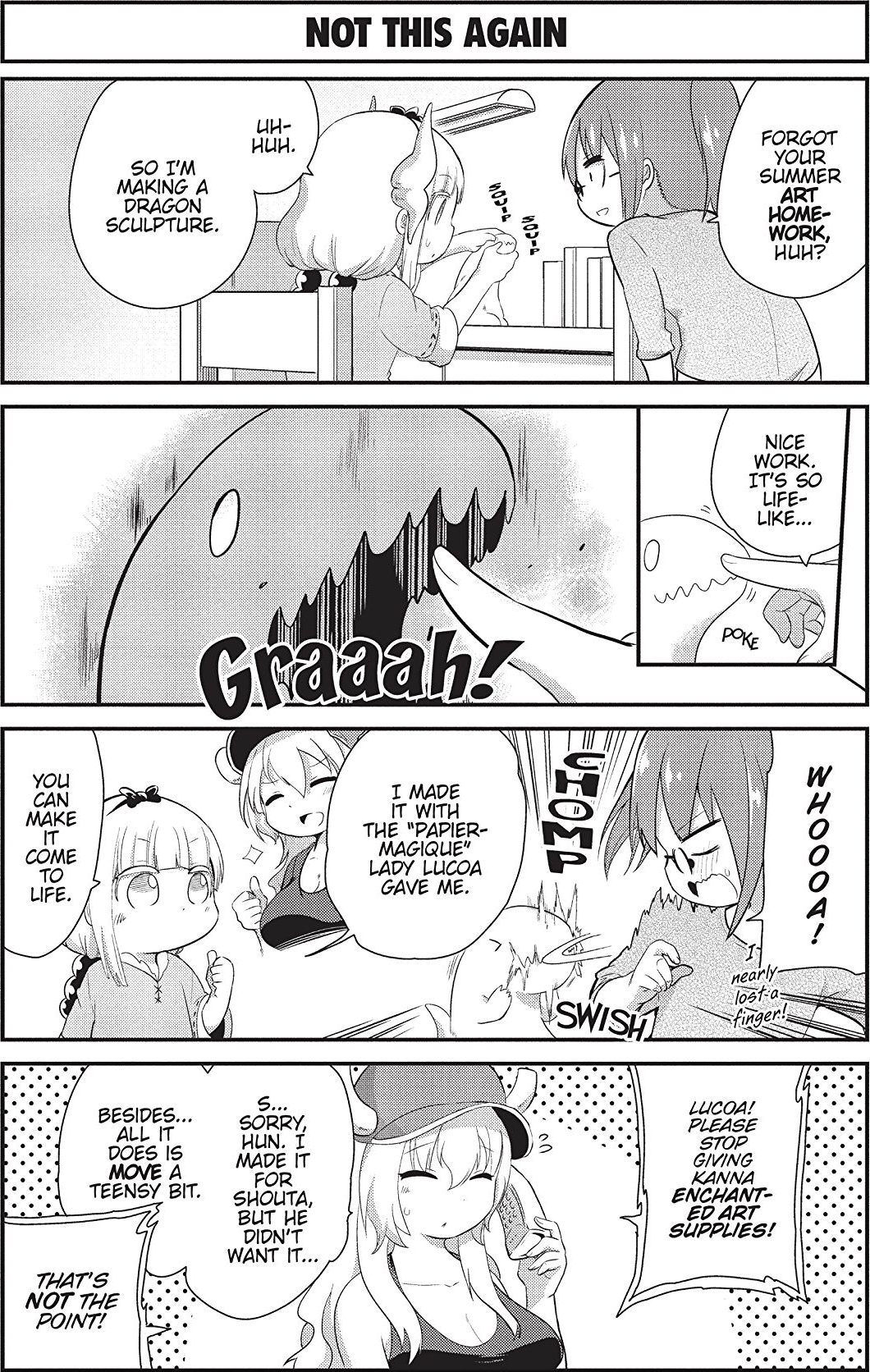 Writer/artist Mitsuhiro Kimura has a real knack for bringing out the sweeter and cuter elements of Kanna's Daily Life, in ways that feel a lot more innocent than what Coolkyoushinja often does with the original characters. The bonding that Kanna and Saikawa may still be lovey-dovey, but there's a hint of honesty and warmth that Kimura pulls out of their interactions. Even when the two assist Shouta with his means of showing affection to Lucoa, it's never done so in a perverted manner. What this spinoff manages to do is showcase a deeper affection between two people, instead of going for some naughty laughs.

Thankfully, the comedy in the fourth volume is nearly on-par with the original Dragon Maid series. From Kanna growing cat ears due to taking a weird supplement to her attempting an art project, the timing and visual aspects of the manga's humor constantly hits their marks. One of the volume's shining examples of this is when metalhead neighbor Yana invites Kanna and Saikawa to practice singing at his private studio. The look of fright and impressiveness that the neighbor has for the smol dragon's "talents" is not only funny, but Kanna's reaction to Yana's singing voice is adorably harsh. 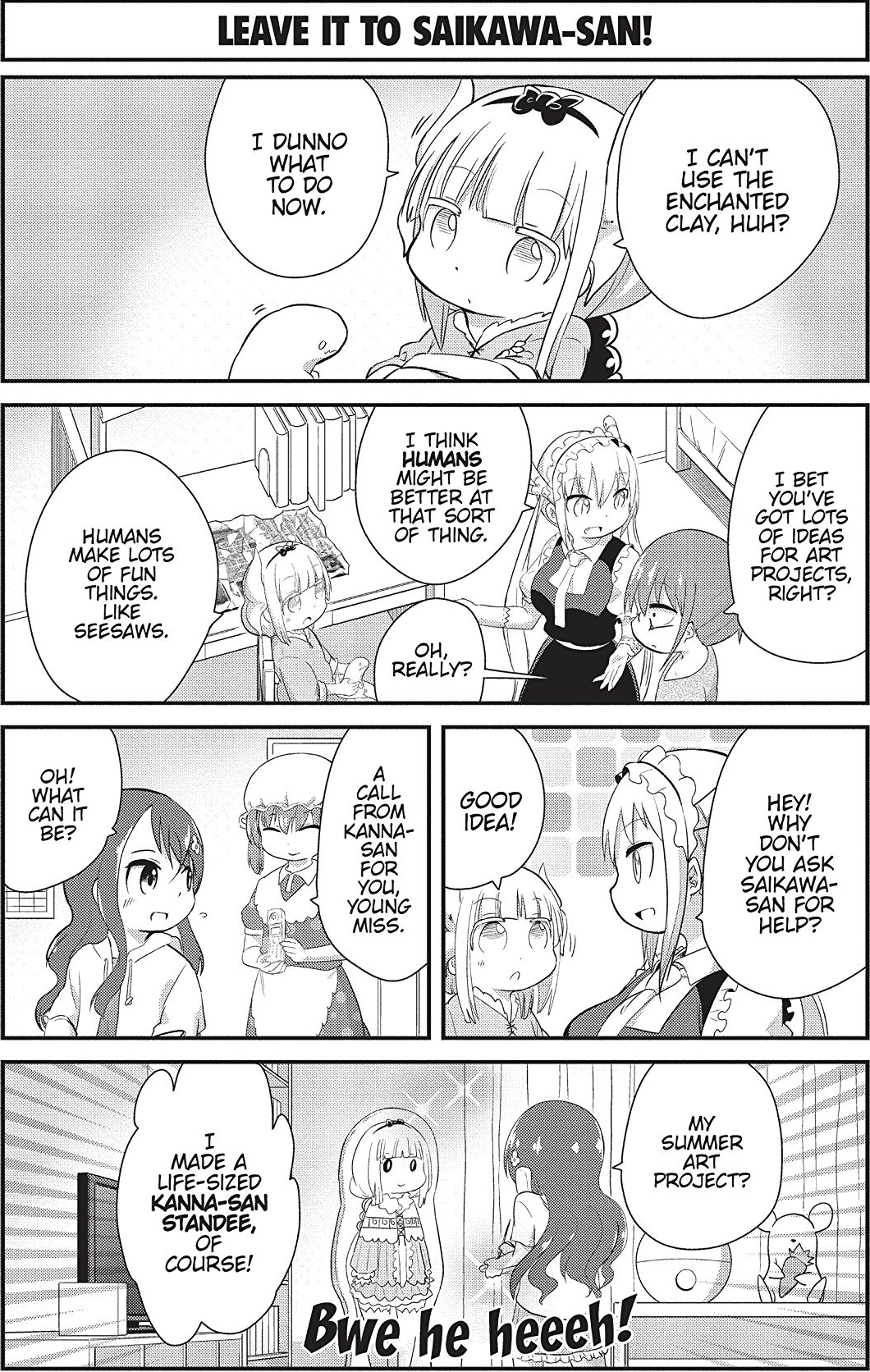 It's very impressive to see a spinoff manage to stand toe-to-toe with its original series, but Kanna's Daily Life makes such a task look easy. The cast of cute characters and the situations they're placed in is simply a joy to read. With the recent news that Miss Kobayashi's Dragon Maid may be coming to an end soon, one hopes that series like Kanna's Daily Life (alongside its other spinoffs) can help keep this lively and wonderful world going. Considering Kimura's talents in the writing department, we can at least count on the adventures of Kanna and Saikawa to bring a healthy dose of warmth and cheeriness for the time being.