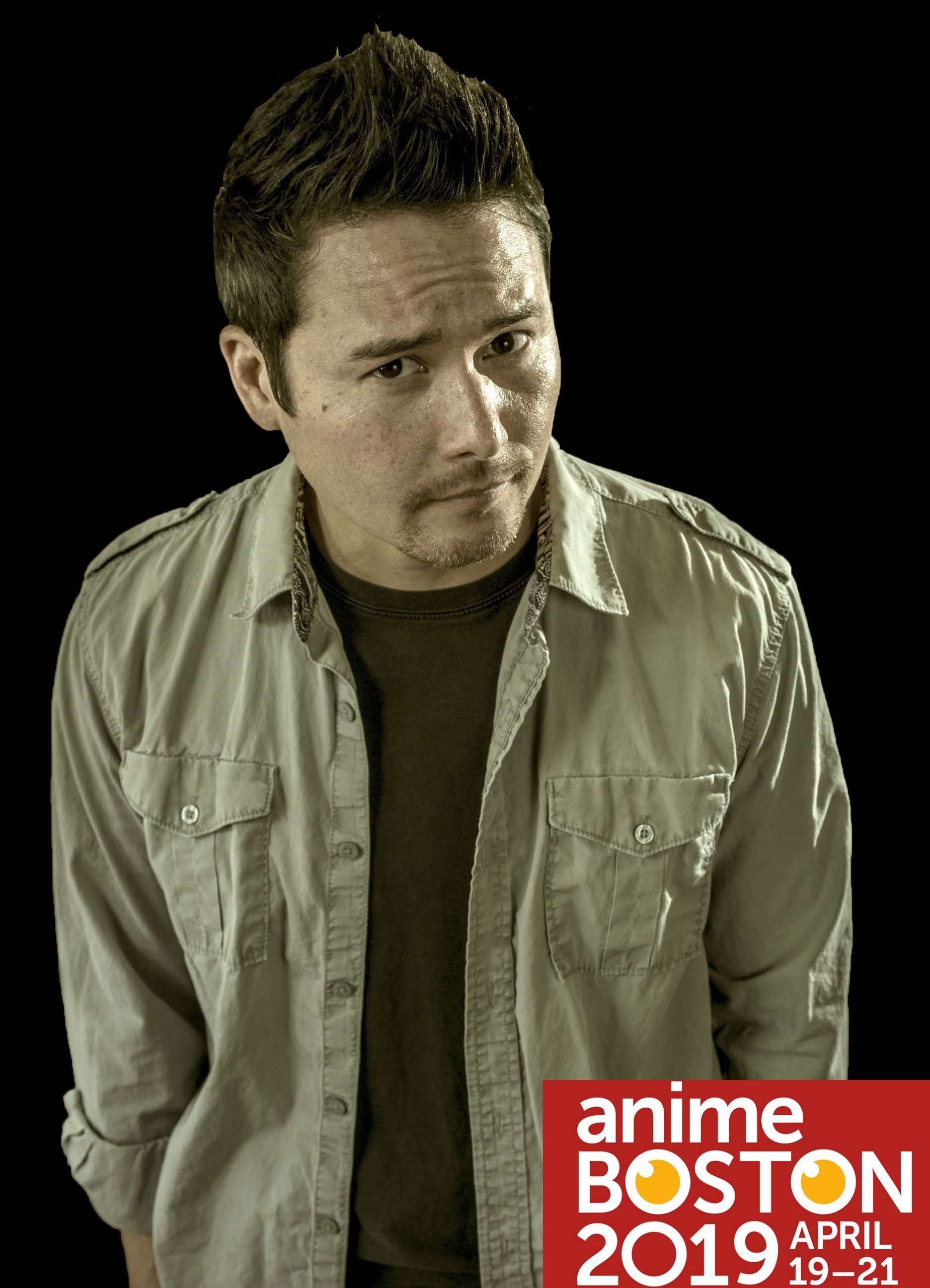 It won't cost you $$60,000,000,000 to see him, but prepared to morph it up when he's in your presence! Anime Boston 2019 has announced that voice actor & musician Johnny Yong Bosch will be returning to their convention this year!

Starting his career as Adam Park (Black Ranger) in Mighty Morphin Power Rangers, the Kansas City native Bosch has become quite the figure in both anime and gaming. First stepping behind the mic as the iconic Vash the Stampede in Trigun, Bosch then moved onto even more famous roles such as Kaneda in Akira, Renton Thurston in Eureka Seven, Lelouch (Zero) in Code Geass, and Jonathan Joestar in JoJo's Bizarre Adventures. Game-wise he can be heard as the voice of Nero in Devil May Cry 4, Yu Narukami & Tohru Adachi in Persona 4, Nate in Yo-Kai Watch, and Tokio in Killer is Dead. Combing both of those worlds, fans can hear him ramble on about vast gaming knowledge as Haruo in the critically-acclaimed Netflix anime series Hi Score Girl.