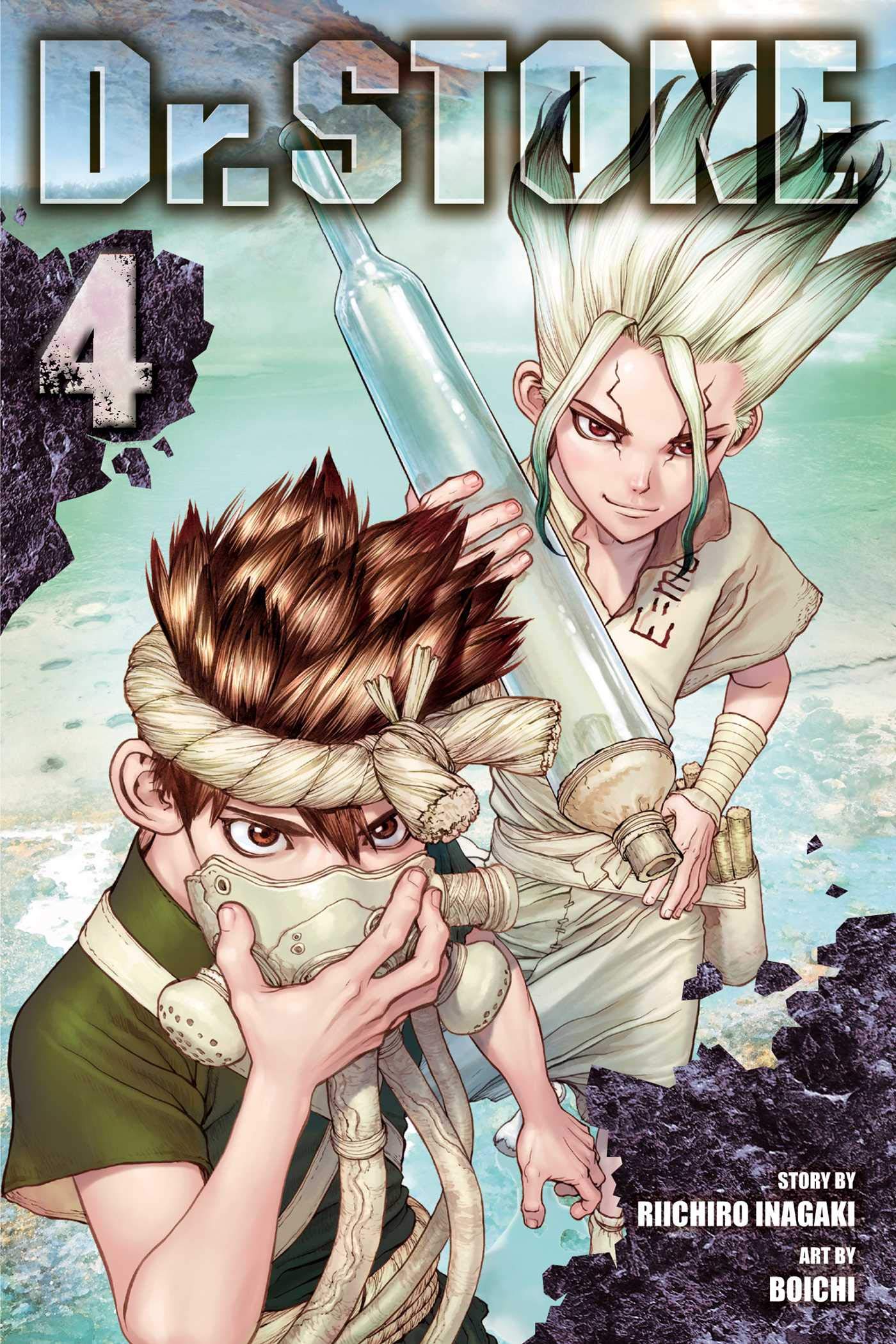 Having big muscles and the ability to punch through bricks and concrete may sound great, but it still does not compare to the advances in science. Case in point, even the strongest of individuals would fall in a stupor if they came in contact with an invention like a 10,000-volt taser. Perhaps this is the main lesson that Riichiro Inagaki and Boichi's Dr. STONE is trying to convey, where brains will always overpower the brawn. In the case of its fourth volume, it's very easy to see see why that is.

Once again, science takes the wheel in the latest volume of Dr. STONE, where Senku, Kohaku, and the rest of the science-enthused villagers aim to bring back lost discoveries to the current world. After successfully gaining electricity, the work continues with Senku reinventing the likes of glassware, a much-needed tool for their ultimate goal. As the crew tries to find the key ingredients for a cure to Ruri's illness, a tournament is being set up to find someone to wed the village shamaness. The winner also gets one other thing: a key ingredient to Senku's medicine.

Fun and danger go hand-in-hand in the shonen manga realm, but it's fascinating to see it be done so well in Dr. STONE. Even with their game faces on, Senku, Chrome, and even little Suika are having a ball when it comes to their not-so-little discoveries. There are even touching moments to be had between this hard-working crew, with Senku aiding Suika with her vision problems. However, it's when the manga's main theme of never giving up takes center stage as the gang attempts to gather sulfuric acid, with two similarly-minded speeches coming from both Chrome and Kohaku.

The "never-give-up" mentality that Senku and the villagers have throughout this volume is fascinating to witness. Readers are seeing a small gang of individuals basically rediscovering all of science's greatest achievements, all with a raised fist-pump of confidence leading them on. In his own miraculous way, Inagaki is making learning both fun and exciting to behold, as each new reinvention becomes another step closer to bringing society back towards the way it was before it all turned to stone.

It also helps that Dr. STONE can also be hilarious, thanks in part to Inagaki's comedic timing Boichi's art style. The attention to detail in both nature and the characters is stunning when things are serious, but it's a whole different animal when the story needs to get a little wacky. How Kohaku brings out a scary face when she confronts Senku about certain ingredients is simply laugh-out-loud funny, and the cockiness of the science-y boys who plan to fix certain tournament matches will have just about anyone in stitches. One of the best visual gags involves Old Man Kaseki, whose feeble looks are but a mere illusion when it comes time to get to shaping glass.

Dr. STONE keeps on impressing with its smart writing, amazing art, and surprising humor. It has been ages since I've read a manga that's gone full throttle with everything, with no apparent sign of slowing down anything soon. Every page, every story, and every character & their actions find a way to put a big grin on my face as I read it, something any form of entertainment would find to be one heck of a challenge if they knew this journalist better. With the tournament happening soon, it looks like the muscle aspect of Dr. STONE will be in the spotlight for the foreseeable future. Knowing Inagaki's knack for the art of the sport, what's to be around the corner next will surely be one exciting affair!