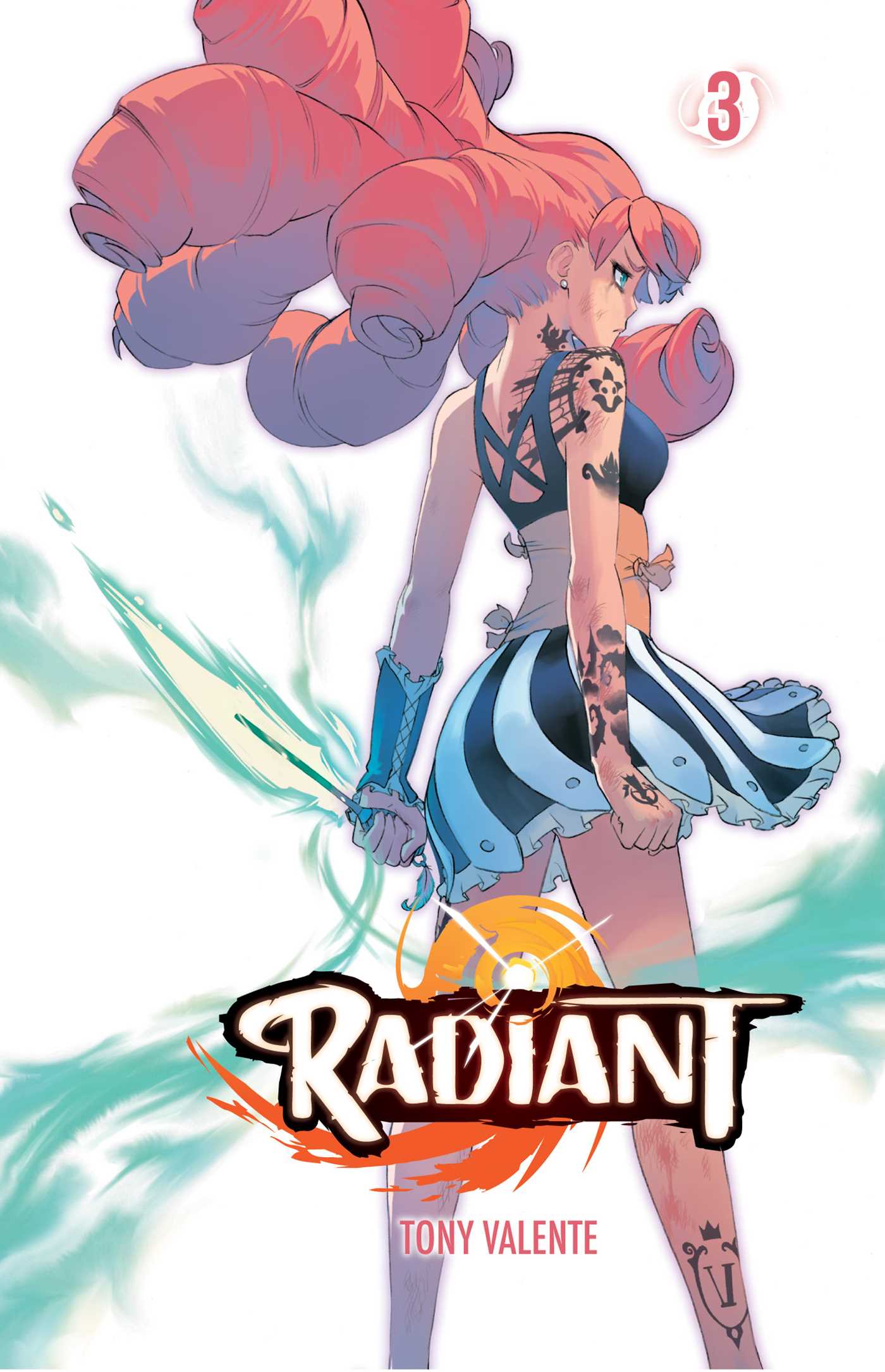 Tony Valente's RADIANT can be a mixed bag at times. On one hand, it's beautifully drawn and it has a collection of likable heroes and very hate-filled villains. However, one cannot ignore some of its dragging exposition, something that made reading Volume Two more of a chore than an enjoyable escape. Thankfully, some of its flaws take a back seat in Volume Three, giving readers more action and deeper back stories.

Leading off from where its second volume ended, RADIANT has Seth, Mélie, and Doc in the midst of a battle in Rumble Town. Facing off against the racist Konrad and the Nemesis Tamer Hameline, Seth does his best to save the townsfolk and not get caught by the rest of the Inquisition. However, with having to balance his fight between a baddie with a purpose and a villain using hateful tactics, it becomes very apparent that saving Rumble Town won't be an easy task. Fortunately, the anti-hero Grimm chooses a side in the battle, lending an extra hand in helping to keep Hameline from destroying the floating city. 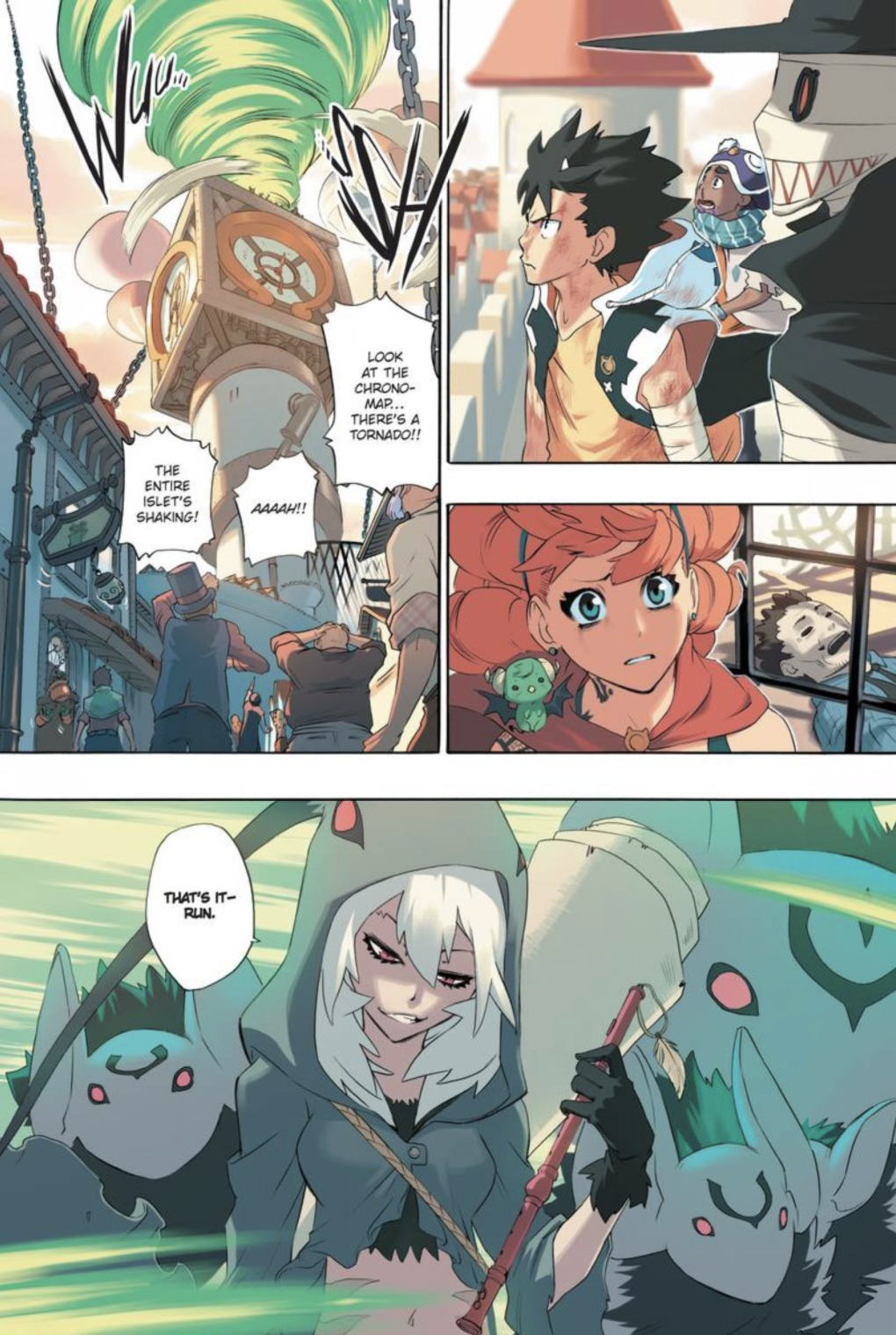 What makes Volume Three of RADIANT work better is how it shines a spotlight on Hameline. She's presented as a victim within a society that reacts violently towards anyone who is different, with her thirst for blood as understanding as Dracula's in the recent Castlevania animated series. One cannot help but nod in approval for what she wants to accomplish, even if it means destroying a town and its civilians. Because of the way Konrad was able to trick the townsfolk into doing his bidding, practically every citizen is guilty of some sort of crime. (Konrad's shouting of "Fake news!" over Hameline's back story may remind readers of a certain world leader's actions and trickery, that's for sure!)

With that being said, even with her relatable mindset, Valente makes damn sure readers know she's not some vigilante or unsung hero. Hameline wants total destruction, even taking out the foreigners and others persecuted by the naturalized Rumble Town citizens. It's this fact that make Seth and Mélie aim to take her down, even if it means working side-by-side with the Inquisition to do so. In a sense, it also demonstrates how someone like Dragunov is just doing his job, presenting a mindset that can change for the better the more run-ins with Seth and the gang he has. (It can be somewhat reminiscent of the relationship between Lupin The Third and Inspector Zenigata, who often work together despite the latter wanting to put the former in handcuffs.) 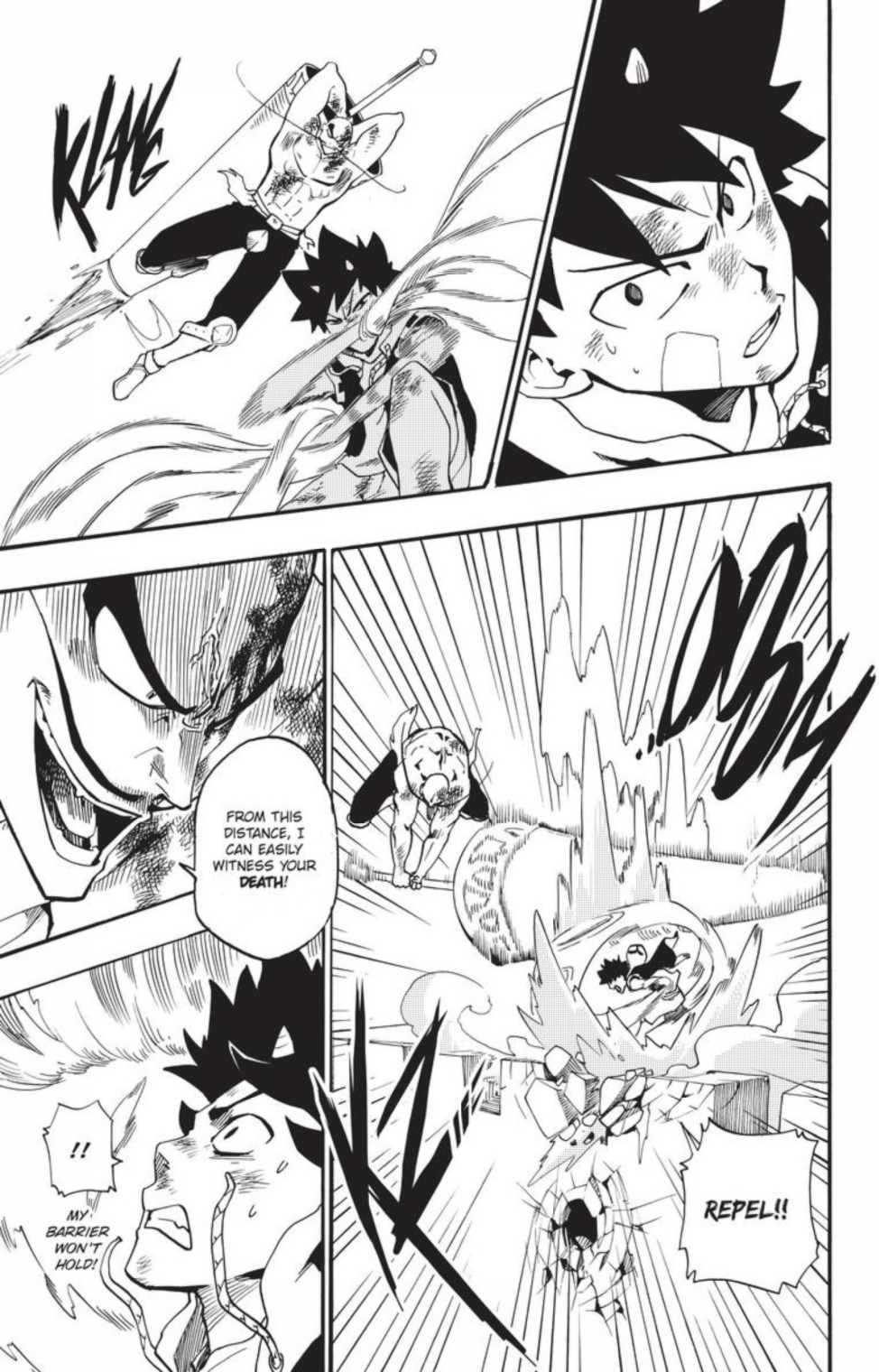 Valente's art style truly shines in this volume of RADIANT, with the explosions and crumblings of Rumble Town captured with such violent voracity. Fight sequences between Seth and Konrad are presented with adrenaline-powered determination, all the while throwing in a humorous anecdote and situation here and there. (What Seth does with Konrad's mustache had me in stitches as I was reading it.) Despite their cuteness, the rat-like Nemeses are shown to be a force of pure destruction in Hameline's command, with their means of wrecking everything & everyone around them captured with great detail. Speaking of cuteness, while I can't fully spoil it, Doc's new form is hilariously adorable, with its flashback written with such wonderful silliness.

However, I still cannot help but think Valente tries to fit too much back story into each chapter. Because of this, I get a feeling of being overwhelmed with too much information in such a small and condensed time. Whether or not longer chapters would be a fitting solution to this remains to be seen, but from its narrative presentation, there's a bit too much there that desperately needs to be chipped away from one chapter and placed in another. Perhaps it's due to my tastes when it comes to storytelling, but what is often delivered can considered too much of one can chew in one manga chapter's sitting. 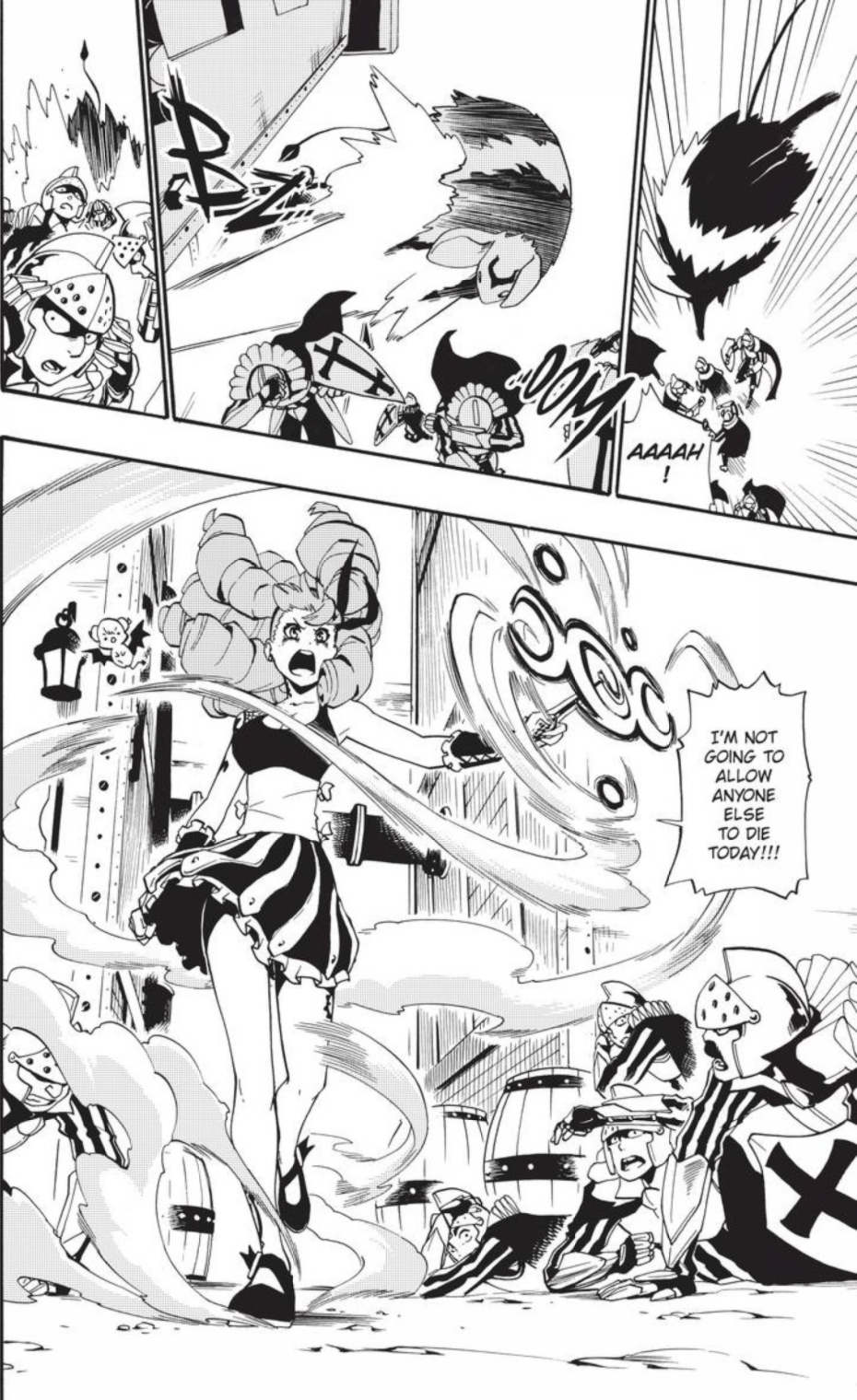 Although some of the issues I had with Volume Two are still there, there's a cloud of hope that surrounds RADIANT's third volume. It's got a good mixture of action and humor, on top of showcasing a very relatable villain stuck in a world that's kind of reminiscent of today's current climate. While we may not know if the wrinkles affecting the good parts of RADIANT will be ironed out by its next volume, one can cross their fingers and toes that Valente's creation will find its way of being both a great and entertaining manga in the long run. All it needs to do is take care of some of its bothersome hot air.