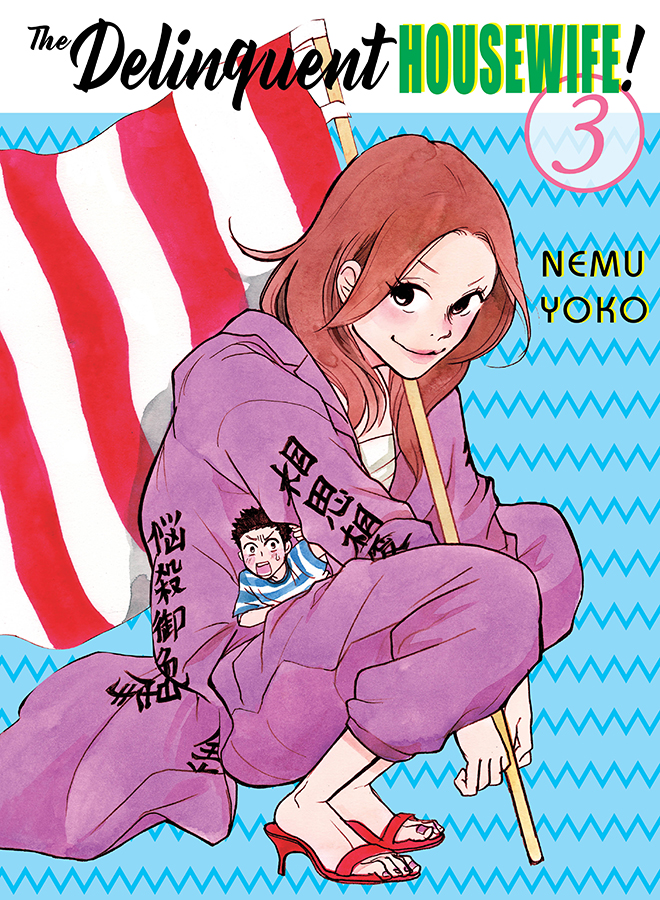 Nemu Yoko's The Delinquent Housewife! took some time to get its bearings. While its first volume took many of its pages to build up its world, the second volume managed to add more meat to the characters and their personalities. So now with its third volume going all in on the story elements, it appears the story of former biker girl-turned-wife now has its intentions sighted on what it wants to convey. The problem with The Delinquent Housewife!'s latest chapter is how it wishes to jam such a clichéd conflict into its narrative.

Continuing on where Volume Two leaves off, Dai finds himself mid-smooch with popular classmate Yoshino. After getting over a bad cold, the two of them go on their first date, only for Komugi to be running around the same area when word that her husband was around. However, things get more complicated when Dai reveals to Yoshino his feelings for Komugi, who doesn't take the news laying down. Instead, she comes up with a plan involving the school's cultural festival, with a student film about biker gangs.

The concept of romantic rivalries is nothing new in the manga realm, and how it's handled is pretty decently. With that being said, I have a bit of a problem with the way Yoko has framed Yoshino. What could've been a nice game of love tug-o-war transforms slowly into something nasty, with Dai being placed between a rock and a hard place with the relationship he has with his sister-in-love. It doesn't reach eye-rolling levels of desperation, but it can be rather sigh-inducing watching as Komugi has her reputation dragged through the coals behind her back.

Thankfully, there are some saving graces in this volume of The Delinquent Housewife! A great plot involving Komugi taking care of the house while her mother-in-law's in the hospital brings about some good relatable laughs. You watch her try her best to adult in the most simplest of ways, only for her to stumble in the worst possible ways. Putting out the wrong trash, forgetting to pick up Grandpa, and cooking a hot pot wrong are just some of the things she deals with. Thankfully, the family's quick to forgive her as they know she's giving it her all during an unexpected situation.

There's a ting of sweetness and bitterness in the latest volume of The Delinquent Housewife! On one hand, it shows how much Komugi has grown as a person and a better-fitted person in her new family. However, Yoshino's actions towards the end of the volume just feel like a forced plot device just to ruffle feathers and cause an unnecessary commotion. Volume Three of The Delinquent Housewife! may have its strong suits, but I fear its faults might carry over to the next chapter. Here's hoping that won't be the case, as Komugi has evolved into a far better character than when we first met her.