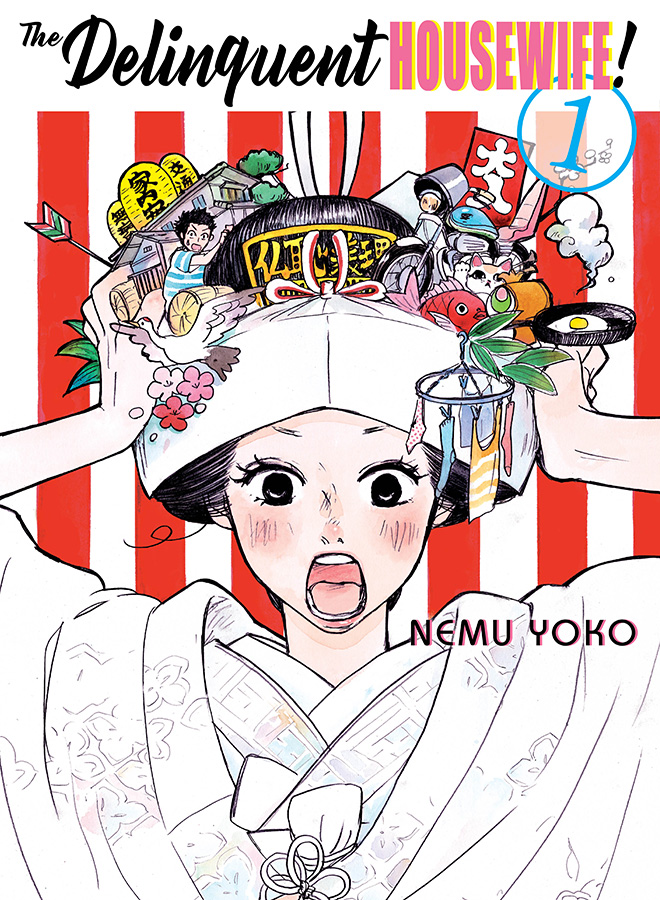 People with hidden secrets have been a cornerstone of many a great story. From paupers really being princes to happy wives hiding serial killer pasts, these twists aim to build upon the shoulders of the characters for better or worse. In the case of Nemu Yoko's The Delinquent Housewife!, a happy wife-to-be hides a gang-level secret from her family-to-be. But is that enough to shoulder a strong narrative?

The Delinquent Housewife! starts off on the right foot with Tohru Komukai and his fiancée Komugi moving into his family's abode. At first, things are going well with the family, save for the brother complex-suffering little sister Yukari. When Tohru has to leave for a job out of the blue, Komugi finds herself attempting to fit in to her new surroundings with people who are still strangers to her. That's when younger brother Dai discovers a couple of hidden truths: Komugi doesn't know how to do housework, and she used to be in a biker gang in her youth. 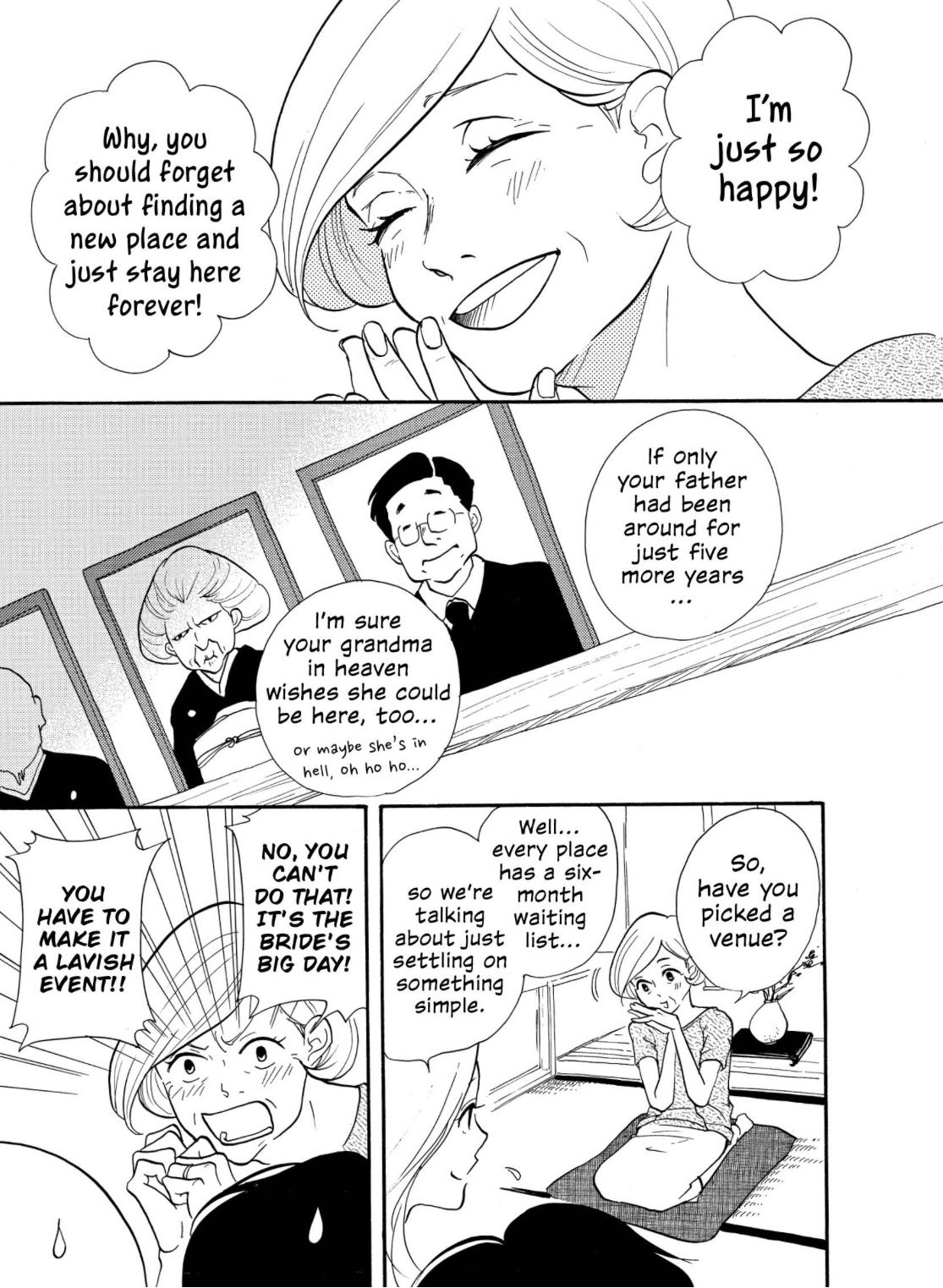 Fortunately, Dai has too big of a heart to rat out Komugi, who does his best to aid his future sister-in-law with hiding her secrets. However, a speed bump in their plan is thrown in their way when a mysterious tape from Tohru appears. What's on the tape makes Komugi's situation all the more complicated, as her lover almost disappears from the picture entirely to "find himself". It's here when Komugi must woman up and do her part as a member-to-be of the family.

Despite the focus on Komugi, a lot of The Delinquent Housewife!'s perspective falls on Dai. He's the first to notice something was off, with his suspicions growing more as the days go on. Once the curtain unveils Komugi's secret, the two then share the spotlight for the majority of the story. Here, Komugi counts on Tohru to aid in becoming a part of the family, while at the same time revisiting her biker gang friends for some much-needed assistance. 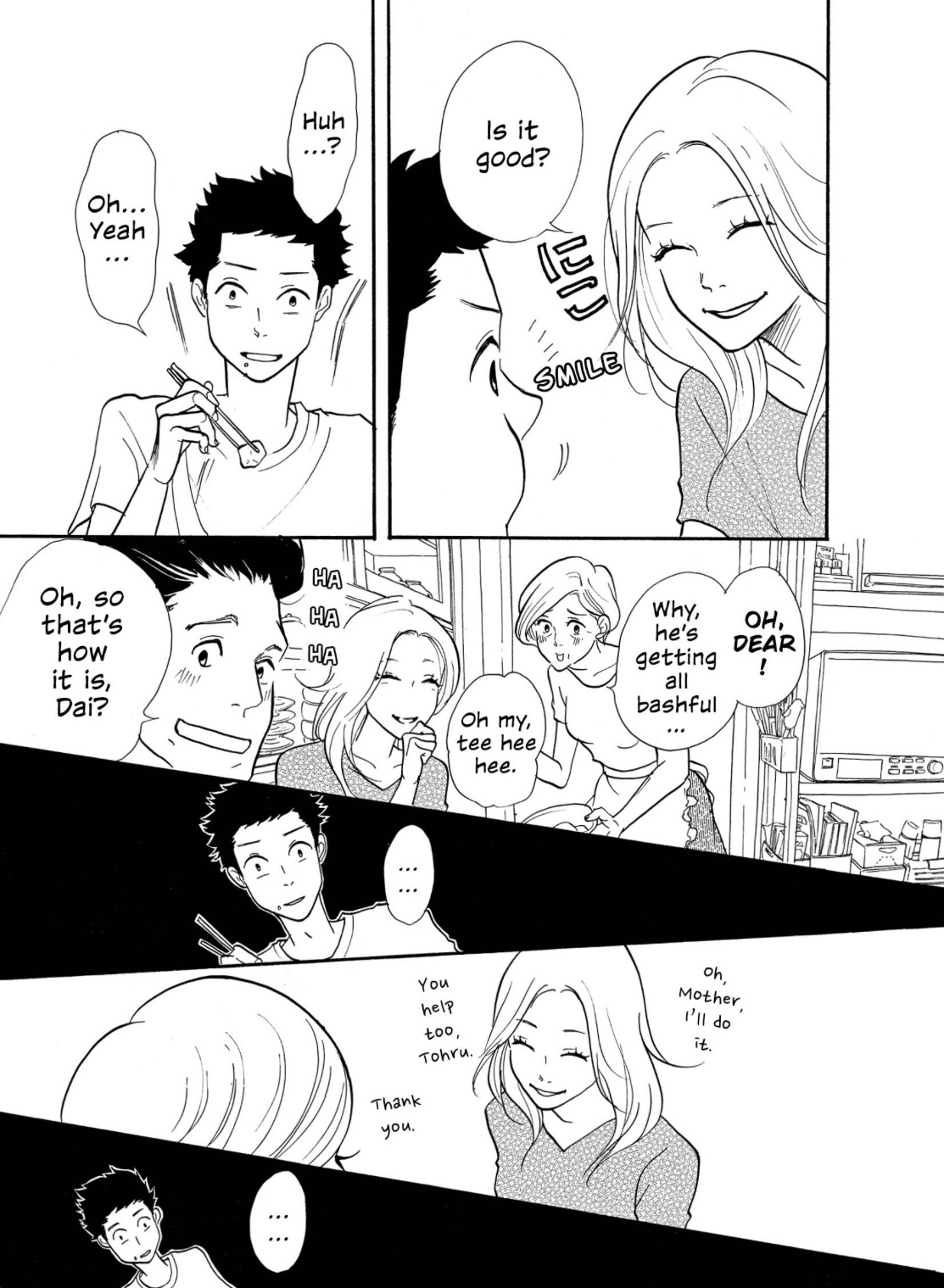 While I do appreciate the route they are going with these characters, I can't help but think that these sorts of situations have been done one too many times before. Characters hiding past lives in order to hopefully please their future family has been visited in cartoons, comics, movies, plays, and just about every form of media imaginable. Even though the intention of Yoko's manga seems to build Komugi into a loving, trusting character that the Komukai family will embrace openly, the way she's keeping her biker girl past a secret just feels a little too uninspired.

There are a couple of good highlights in the first volume of The Delinquent Housewife!, with Tohru's mystery tape standing out as a much stronger plot twist than Komugi's actual hidden secret. Even though it does build a decent bit of drama for the family, the cassette's final moments have a good laugh at the expense of the household. While the whole learning-to-cook plot line has been done to death, there's a camaraderie between Dai and Komugi that demonstrates how much they're growing as a family. (Even when Yukari tries to sabotage their plans, it's nice seeing the granddad come in and force her to get closer to her future sister-in-law.) 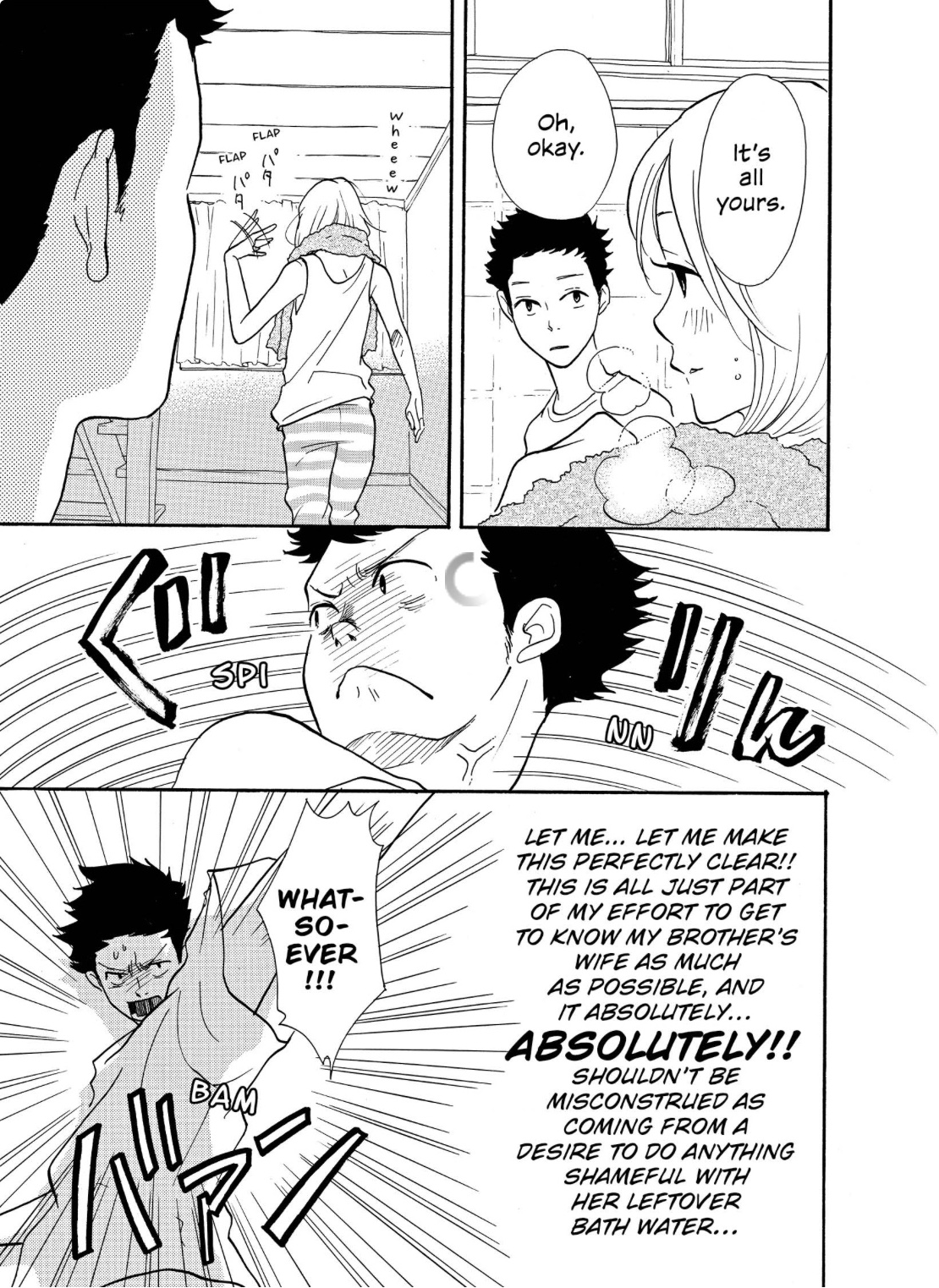 From an artistic perspective, Yoko's style isn't too bad. The way the characters emote is cute, but it doesn't push towards the usual comedic expressions one sees in stories like this. With that being said, it doesn't quite shine as brightly as most other shojo-styled manga. It has enough of a personality, but it lacks a certain flare that would help it stand out from other series in its genre.

The Delinquent Housewife! has potential for great things, but as it stands the first volume builds up the world of Komugi and the Komukai family than the actual characters themselves. Maybe with the second volume seemingly starting off with some fiancée/mother-in-law tension, it will grow towards becoming a better story. For now though, The Delinquent Housewife! has some entertaining elements to it, but is lacking in the magic that would help make it feel more memorable.