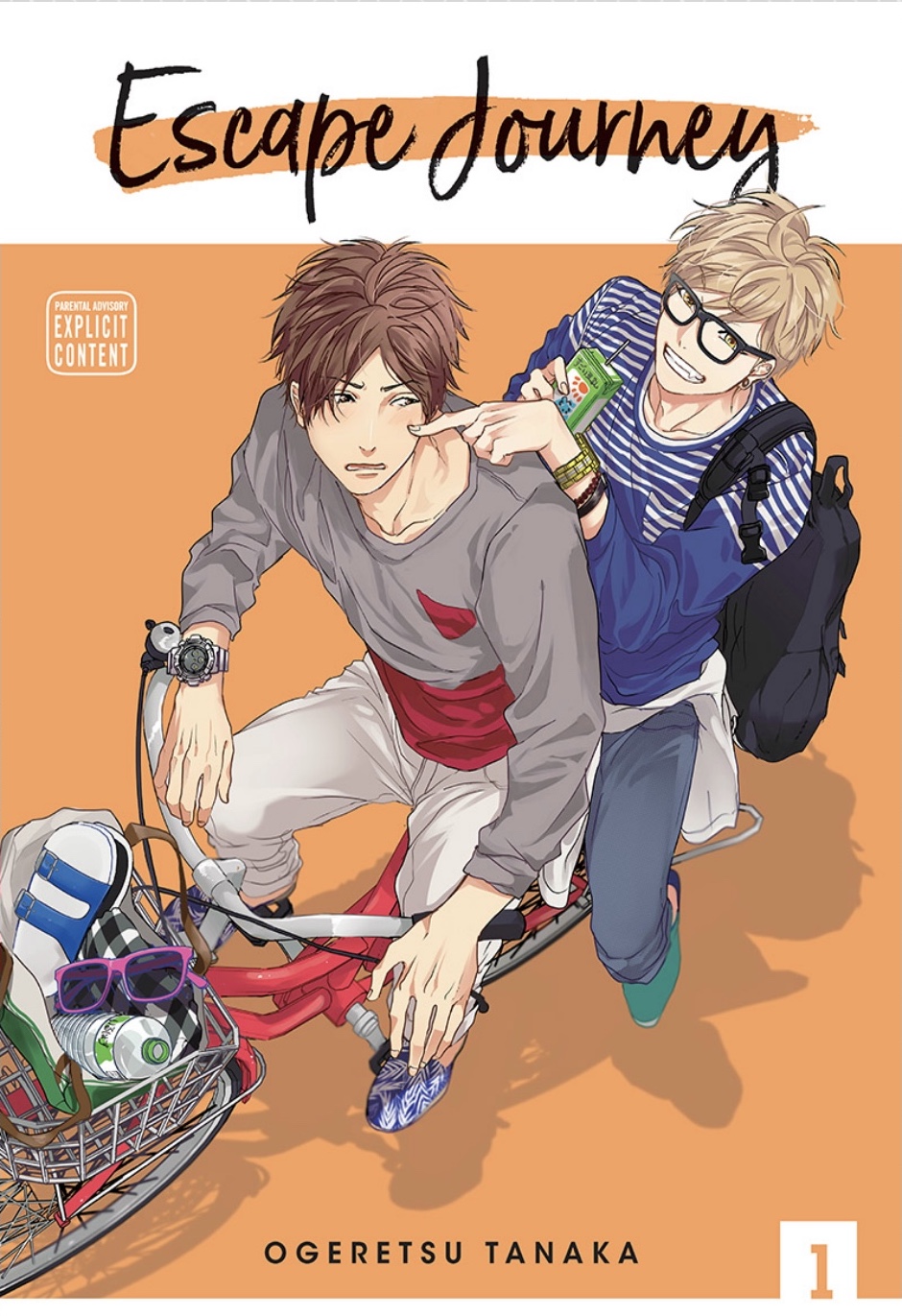 I feel it necessary to preface this review with a disclaimers: If the yaoi genre is not a genre that you like or are familiar with, Escape Journey might not be the best place to start.

As a fan of the genre, I found Escape Journey interesting because -- as a contemporary yaoi -- it shows how much the genre has changed over the years, and where it still needs to make improvements. I also find it interesting that because of this it's an example of how dicey it can be as a licensor to bring LGBTQ content to an overseas audience that has very different standards and expectations for what kinds of representation are acceptable.

The first thing I appreciated about Escape Journey was that the backstory for the two main characters, Naoto and Taichi, feels like a genuine romance. Often in older yaoi I don't think as much care is given in convincing the readers that the characters have any kind of chemistry. What makes Escape Journey different is that it uses a time skip right at the beginning to show you what happens when Naoto and Taichi accidentally reunite in college after a messy breakup in high school. This gives them a legitimate emotional connection that drives the story forward in a mostly natural way. 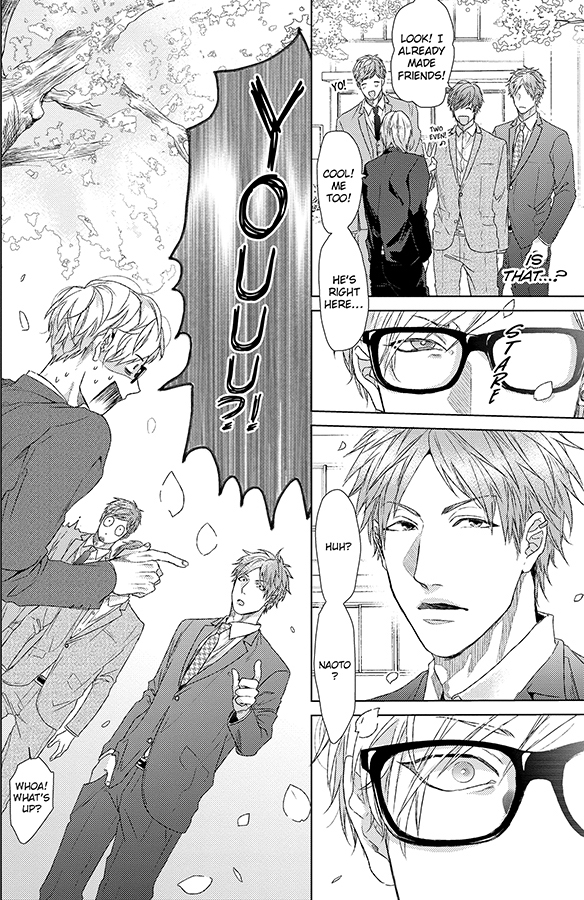 One of the best examples I can find in Escape Journey of how far the yaoi genre has come is in the art style and character designs. In older yaoi, extreme differences in the main characters height and physical build were common and laughable. What I've been pleased of as of late is how much more skilled yaoi mangaka have become, and Ogeretsu Tanaka is no exception. The typical overly manly seme and the slim effeminate uke archetypes are nowhere to be seen.

It is so refreshing to see characters in yaoi who look like normal young men, especially since being a normal looking young man and being gay are not mutually exclusive concepts. The only small exception is that one of the characters, Naoto, looks like he has a perfect small flick winged eyeliner through the entire volume. This could have been a neat and genuine expression of his character's style, but as this is not touched upon in canon I think it's safe to assume that's just how the artist drew his eyes. 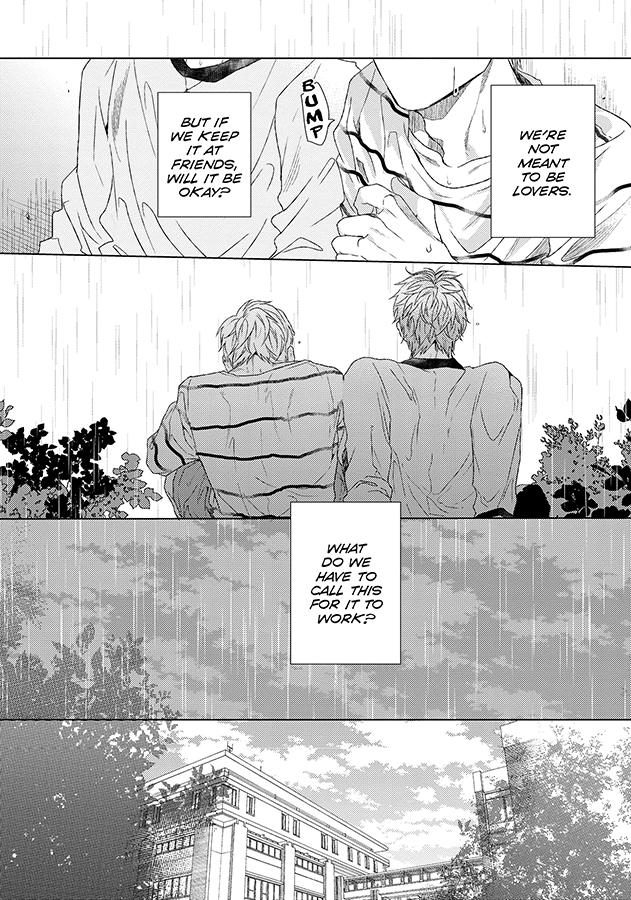 Escape Journey still can't quite escape from all of yaoi's more pervasive tropes however. The first of these is the dreaded cliché of [m i s c o m m m u n i c a t i o n]. Even in shoujo I find this a painful way to move the plot forward. I cannot stress enough how frustrating it can be as a reader knowing that one decent conversation could clear up all of the grief the characters are submitting themselves too. At times in Escape Journey this can makes things feel like an emotional roller coaster. With the added ambiguity of neither Naoto nor Taichi really touching upon their sexuality, certain scenes can be a bit confusing as to what their motivations are.

Another trope that I regrettably have to talk about requires both a trigger and spoiler warning, so please keep that in mind for the next two paragraphs. Right about halfway through the volume, Taichi holds Naoto down, very clearly against his will, and forces himself onto Naoto. He only stops when he notices Naoto is crying, and later texts him an apology. As a fan of yaoi I would be dishonest if I said that no fans of the genre would be willing to look past this moment. I would also be dishonest if I did look past it or did not bring this up as I feel it might disturb some potential readers. 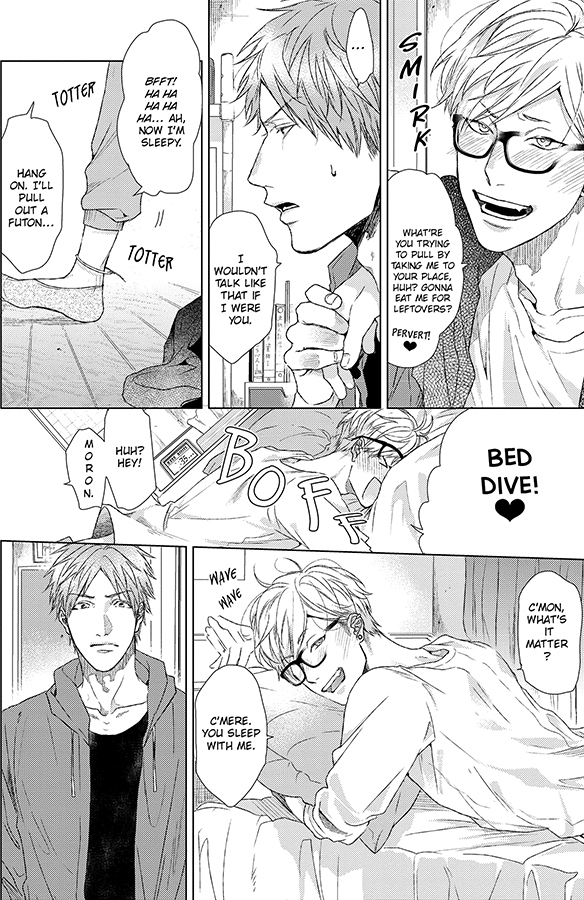 As someone who is a part of the LGBTQ community, this is not good representation. Yaoi as a genre has often had a sexual assault = love mindset, but in older yaoi everything about a manga was a little iffy. A current audience does exist for well-drawn yaoi manga that can include these serious themes. Escape Journey is not mature enough to handle this task, and after that scene the rest of the "love story" felt a little tainted.

This must create a quandary for licensors and I sympathize with them. In the case of Escape Journey there's no telling exactly how detailed of a plot summary they received or how much of the untranslated manga they get to read before purchasing the license and releasing it. For yaoi that are multiple volumes long, a sudden appearance of one of these tropes would make this even more complicated and dicey. Conversations around LGBTQ rights and representation in Japan is at a different point than where the equivalent conversations are in the US. (Yuri!!! on Ice is a great example of this. When a major event happened in the plot (a kiss between Victor and Yuri) the excitement in Japan of this obvious romantic development was overshadowed by American fans who were left unsatisfied that the kiss was only explicitly implied and not visually confirmed.) 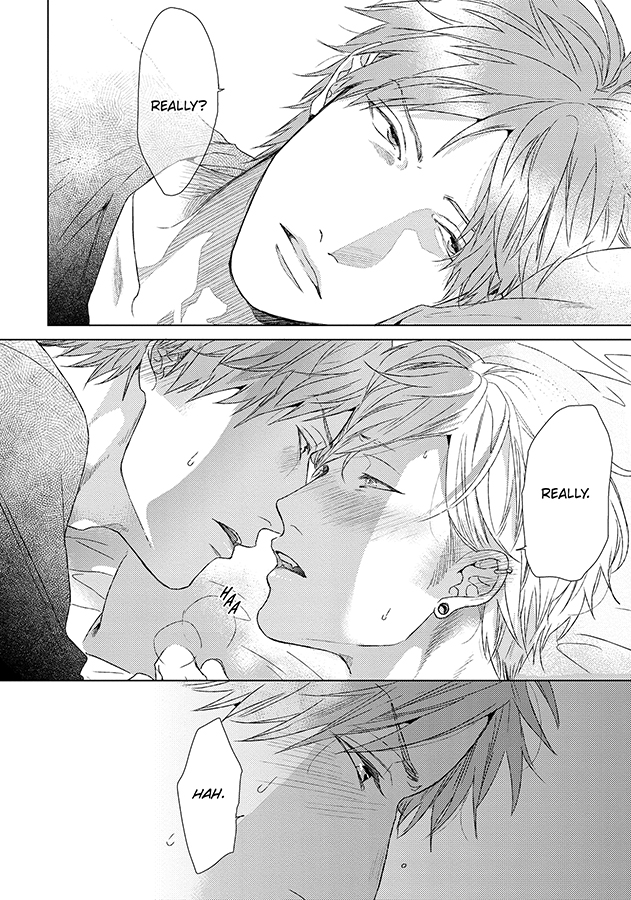 Escape Journey is in a gray area. On the one hand, it's showing me where yaoi as a genre is eventually going to go. On the other hand, it's a reminder that so much work needs to be done before that happens.