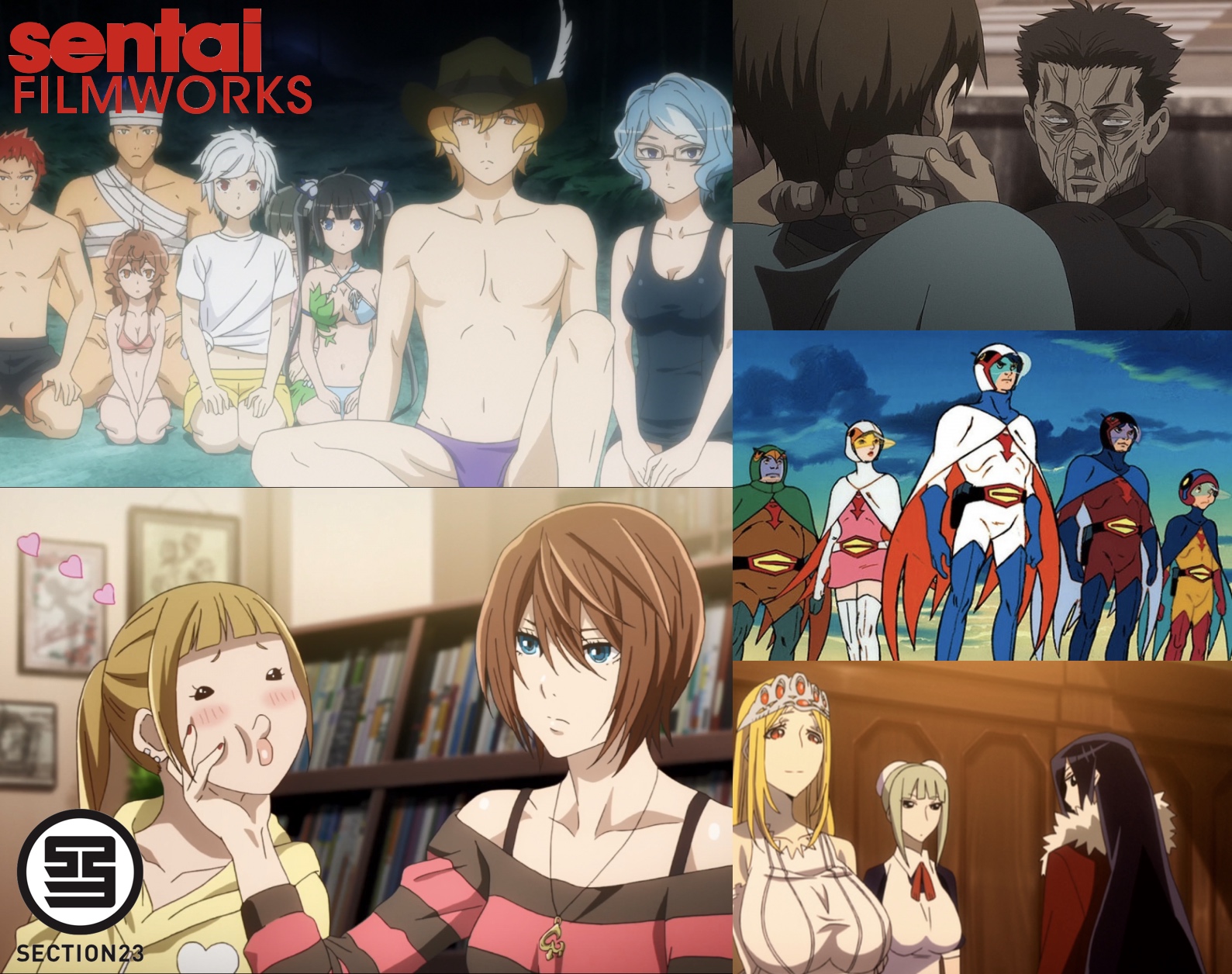 With Spring under way, Section23 Films and Sentai Filmworks have announced a humble lineup of anime set to be released this April! 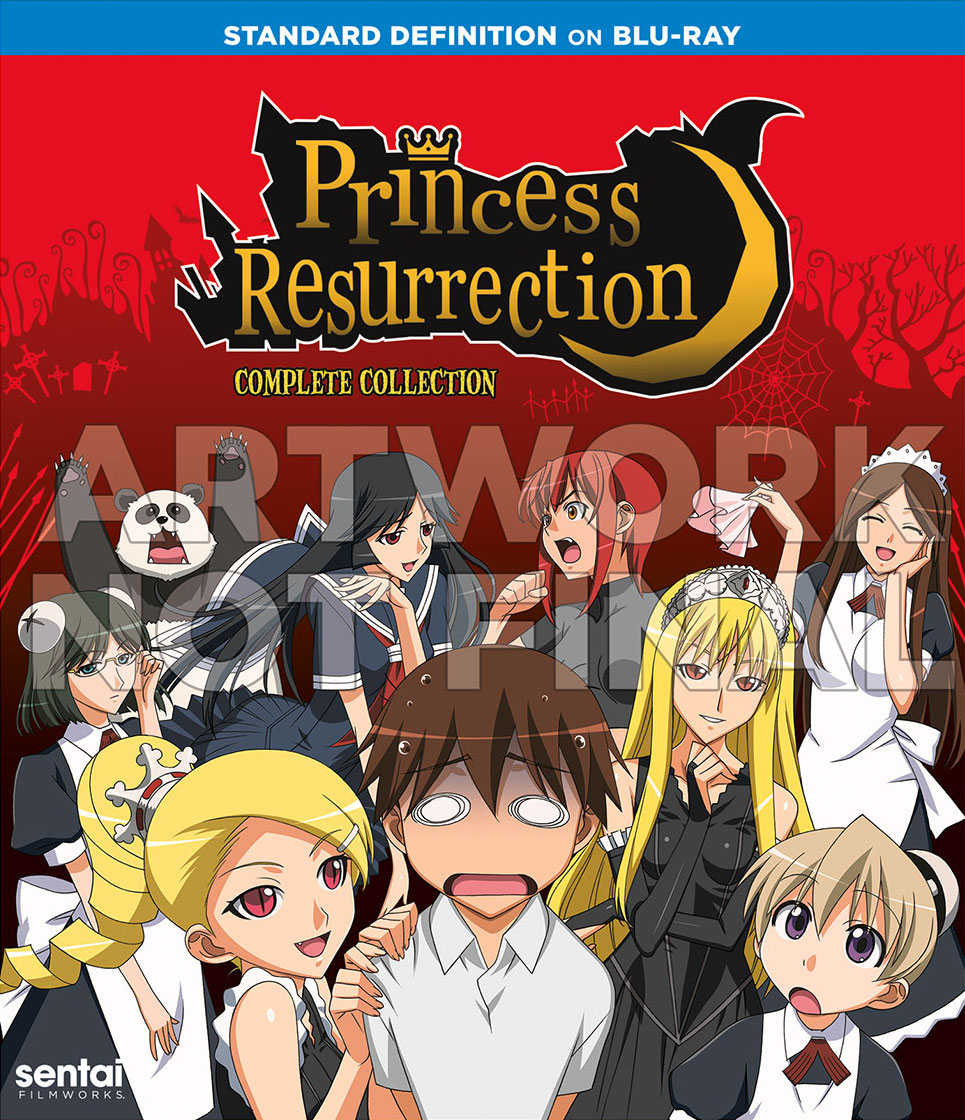 Things kick off on April 9th with the complete collection release of the classic series Princess Resurrection! When Hiro Hiyorimi tries to save a beautiful young woman from certain death, he ends up a dead hero himself!  However, since the drop-dead girl is Princess Hime, daughter of the King of the Monsters, his "reward" is to come back as a not-quite-living soldier in her honor guard of horror! That means helping fight off the army of supernatural monstrosities Hime's siblings are unleashing against her in hopes of moving up the ladder of succession.  And if facing off with vampires and zombies isn't bad enough, how can anyone be prepared for the truly weird ones like were-sharks, pandas and killer dumplings?  This sure isn't the afterlife Hiro was hoping for, but the really sad part is that Hime is the good girl in all of this.  Or at least, as close to good as you can come when you're on the wrong side of the gates of Hell! 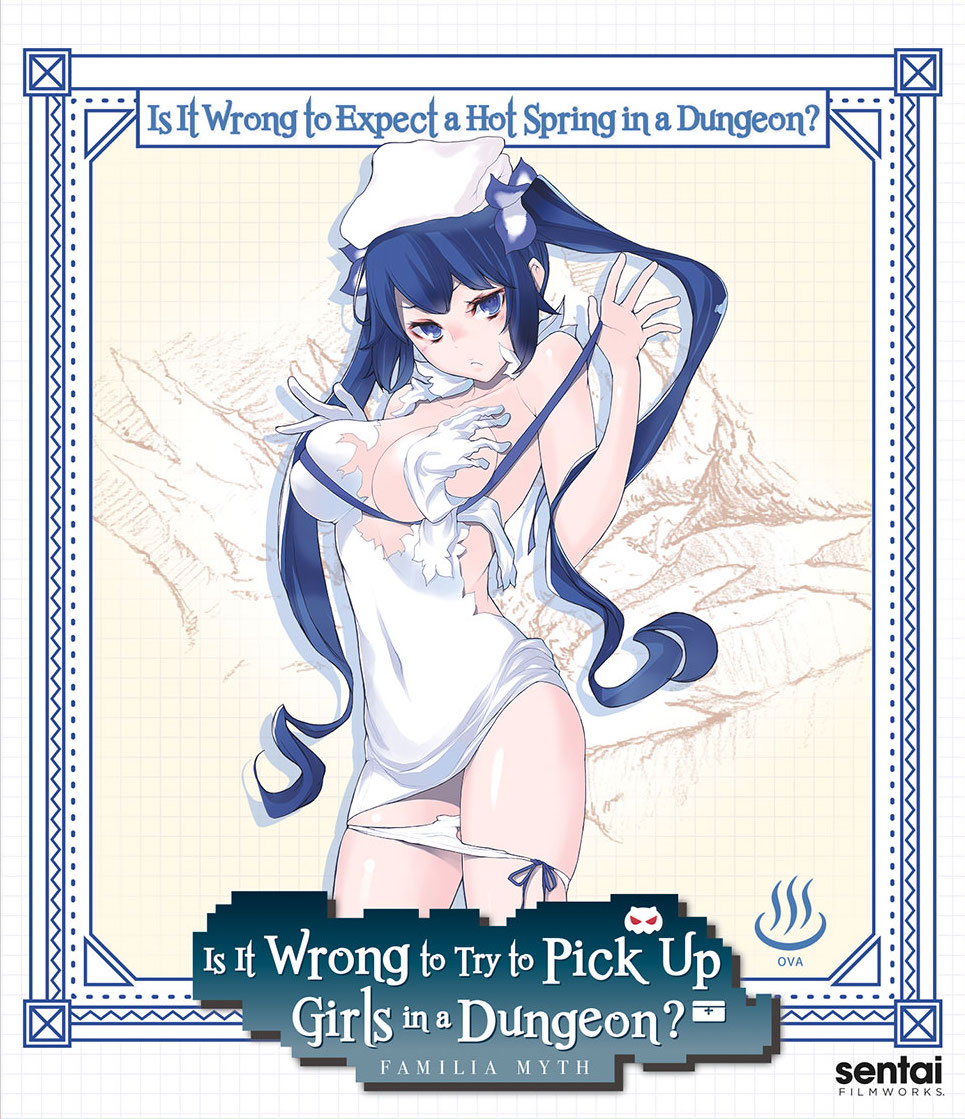 Also on April 9th is a standard edition of Is It Wrong To Expect A Hot Spring In A Dungeon?!, the OVA special of the hit anime series Is It Wrong To Try To Pick Up Girls In A Dungeon? Our band of bold adventurers has just blown through the 18th level of the world's most fearsome dungeon, so what do they do for an encore?  Since the city of Orario doesn't have a theme park, the next choice for Bell, Hestia, Lilly and the gang would seem to be a trip to the hot springs… and, conveniently enough, a battle with some hellhounds has led them to an undiscovered underground oasis!  However, there's something fishy about these springs, beyond the fact that Hermes happens to have bathing suits for all the ladies in their correct sizes!  Will the secret be discovered before it's too late?  Will Hestia finally come clean with Bell? 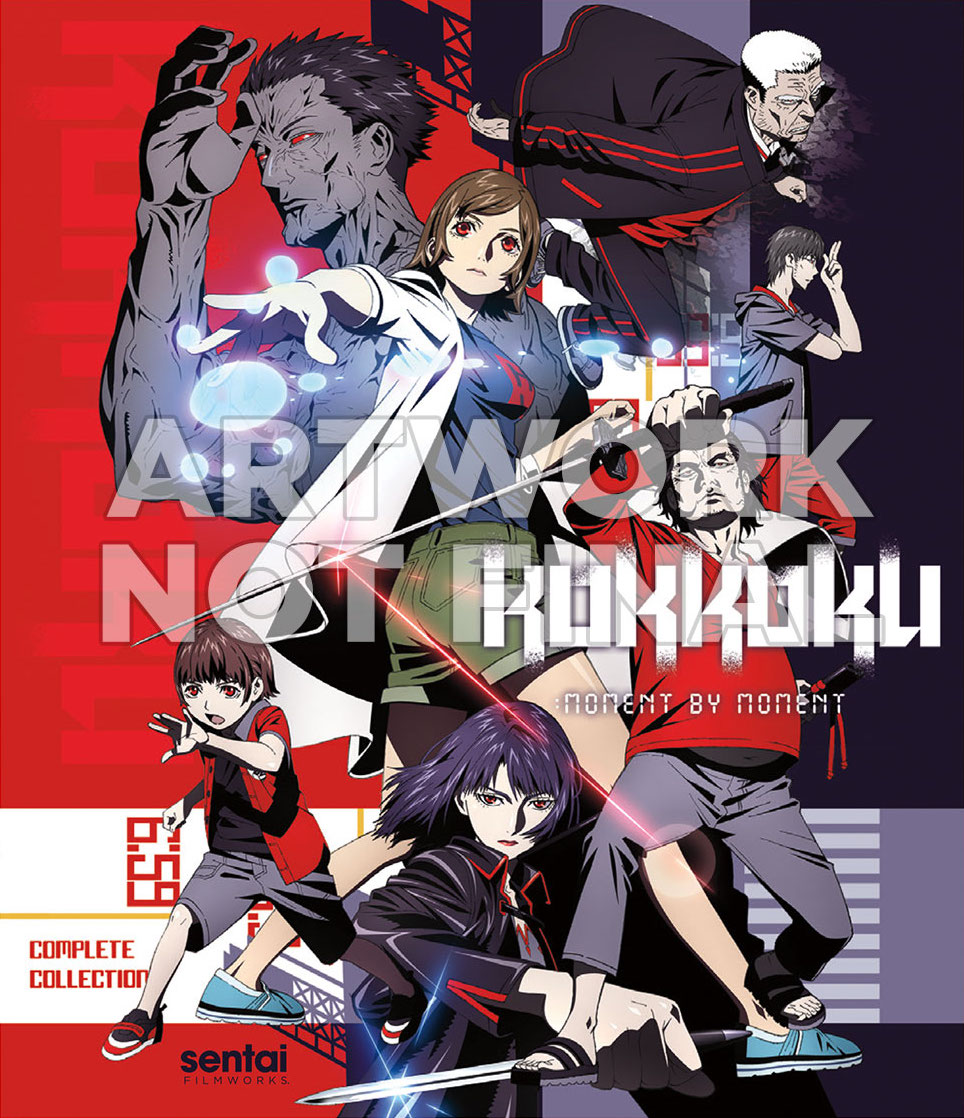 On April 16th, the complete collection of Kokkoku will be unleashed, even if time stands still! Juri Yukawa needs a timeout from her life. She's failed 19 job interviews, she's stuck living with her crazy family, and her chances of escaping to a life of her own are becoming increasingly remote. Suddenly, all of that becomes unimportant when her brother and nephew are kidnapped and held for an impossibly high ransom. That's when Juri's grandfather reveals an incredible secret: a mystical stone that allows Juri, her father and her Grandpa to enter the state of Stasis, where everyone else in the world is frozen in time! That should make rescuing their family easy, right? Wrong, because there's a sinister organization working against them who also can literally beat the clock! It's not a race against time, it's a race outside of time and the dangers are increasing with every non-second! 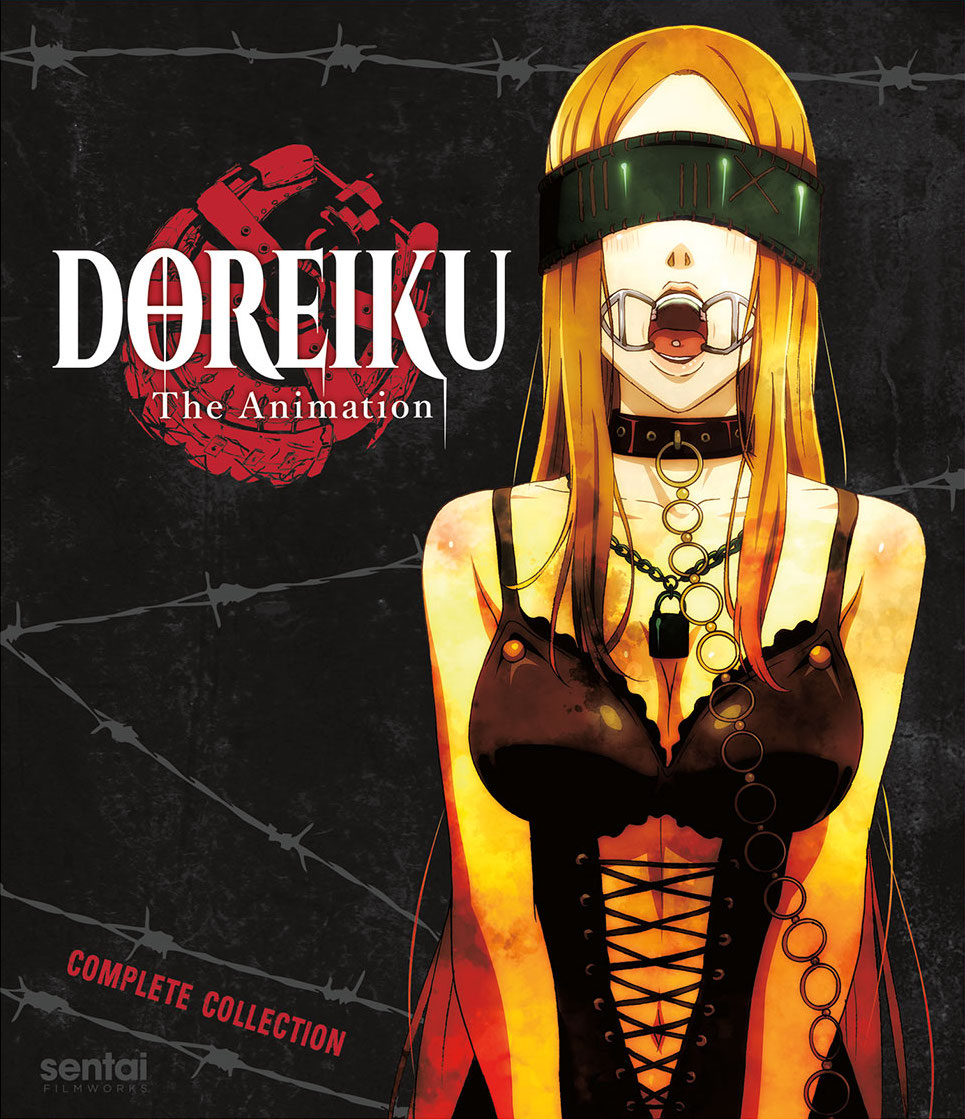 Things get a little kinky on the April 23rd release of Doreiku: The Animation! It's an insidious invention, originally created to control animals.  Now it's the ultimate rush for a dark cult of jaded thrill seekers.  Place one SCM in your mouth and your opponent does the same.  Then play a game… any game… and the winner literally takes control of the loser, binding them to their will and turning them into a personal plaything until the winner decides to set them free - if they ever chose to free them at all.  And as the use of SCMs snakes its way through the undercurrents of society, with increasing numbers of unfortunate players bound into submission as drones and harems, the even more terrifying discovery of SCMs that can take over anyone, at any time, threatens to enthrall the rest of the population! 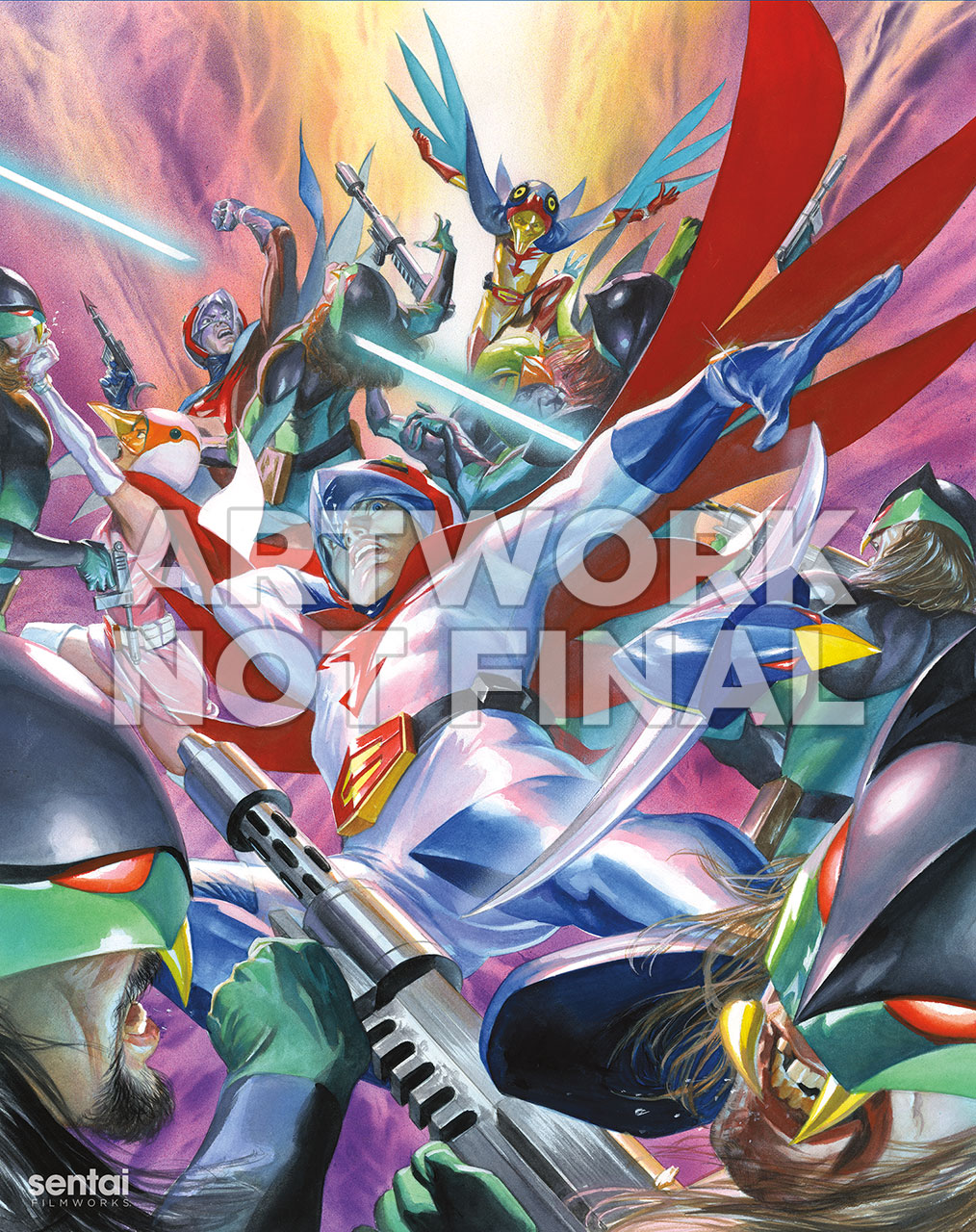 Lastly, the world is in need of saving, and on April 30th, the complete collection of Gatchaman will be seeking to do just that! Using amazing weapons powered by super-science, the international terrorist organization known as GALACTOR is out to steal all of Earth's resources for itself and its inhuman masters.  Mankind's only hope?  The International Science Organization and their elite strike force, the Science Ninja Team!  But these five young heroes will have their work cut out for them as they take on the seemingly impossible task of defeating GALACTOR's horrific arsenal of mechanized weapons of mass destruction and endless armies of henchmen.  Can costumed commandos Ken the Eagle, Joe the Condor, Jun the Swallow, Jinpei the Sparrow and Ryu the Owl really overcome such overwhelming odds?  Utilizing the incredible technology and fighting techniques created by Dr. Nambu, and with the mighty ship the God Phoenix at their command, they just might!  It's time for the bad guys to get old-schooled science-ninja style as Japan's original super team defeat evil, one flying kick at a time, in the legendary, one and only Gatchaman!