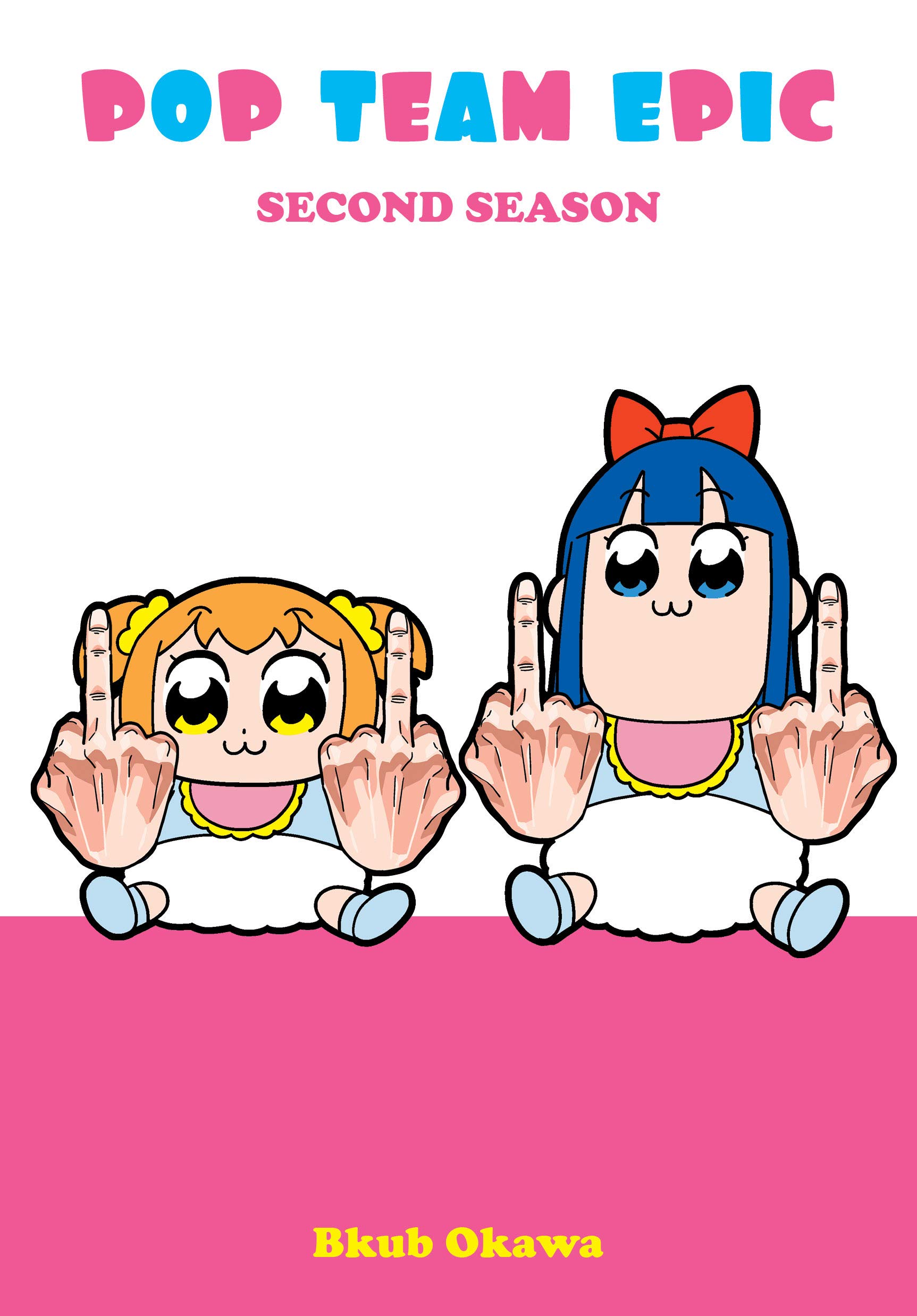 One has to admire what Bkub Okawa is aspiring to achieve. While Pop Team Epic is considered a "shit manga," that's exactly what Okawa's going for. The nonsensical is usually the best way to get a good laugh, as one can attest from such iconic shows like Monty Python's Flying Circus and The Young Ones. However, there's a right way and a wrong way to go nonsensical, and Pop Team Epic sadly goes the bad route most of the time.

So what is it about Pop Team Epic that grabs hold of every person who claims to love it? Call it an act of admiration for trolling its audience, or a mere appreciation for the stupid things in life. Whatever the reason behind it, Okawa's creation is seemingly here to stick around for better or (mostly) worse. But is there anything remotely funny about Popuko and Pipimi? Well despite the real lack of jokes in its first volume (which forced me to do one of the most anti-reviews I could ever muster), the second volume does have some good jokes to offer.

The opening chapter, which starts off as a completely different manga called Hoshiiro Girldrop, pokes fun of the usual tropes that come with the rom-com genre. It all goes to a screeching halt when Popuko emerges and literally rips herself out from a cute manga girl's face. This opener is surprisingly funny, giving a huge middle finger to the reader who's expecting something more coherent than the crazy Okawa always offers. It then dives into some pretty good gags involving YouTube subscribers and time capsules, going towards some big heights to get as small of a punchline as possible.

Pop Team Epic also knows how to poke fun of hipsters well enough to be a constant running joke. Popoku drinking latte art without admiring its picture actually got a big laugh out of me, with her lack of giving a shit a driving point as to why such a fad can be kind of ridiculous. (I'll admit: even I'm guilty of admiring the pictures my local Salem, MA café can make on the spot.) Homages to New Game!, Super Mario, Happy Days, and -- the oddest of the bunch -- the Talking Heads managed to make me giggle in places. When Okawa tries, the series can be actually funny.

With that being said, legit laughs come sparingly throughout these chapters. Most of the series counts on you knowing the reference and what they're actually talking about to fully get the humor. In a way, this is how someone can close off readers from actually enjoying their comic, thereby making it for only a small fraction of a manga's reader base. For the most part, that's probably a bad move for Okawa to make; on the other hand, one would have to appreciate the lengths someone goes to make a joke out of something only a select number of people will get.

Taking all of this in consideration, I can fully admit that the second volume of Pop Team Epic is a huge improvement over the first volume. Sadly, that still doesn't say much in the long run. If you don't get what Pipimi and Popoku are joking about, then the odds of you laughing will more than likely be slim-to-none. However, those who are fortunate to know almost every pop culture reference mentioned will probably enjoy what Pop Team Epic has to offer in its latest chapters. In the spirit of this manga, I'd like to end with a haiku: