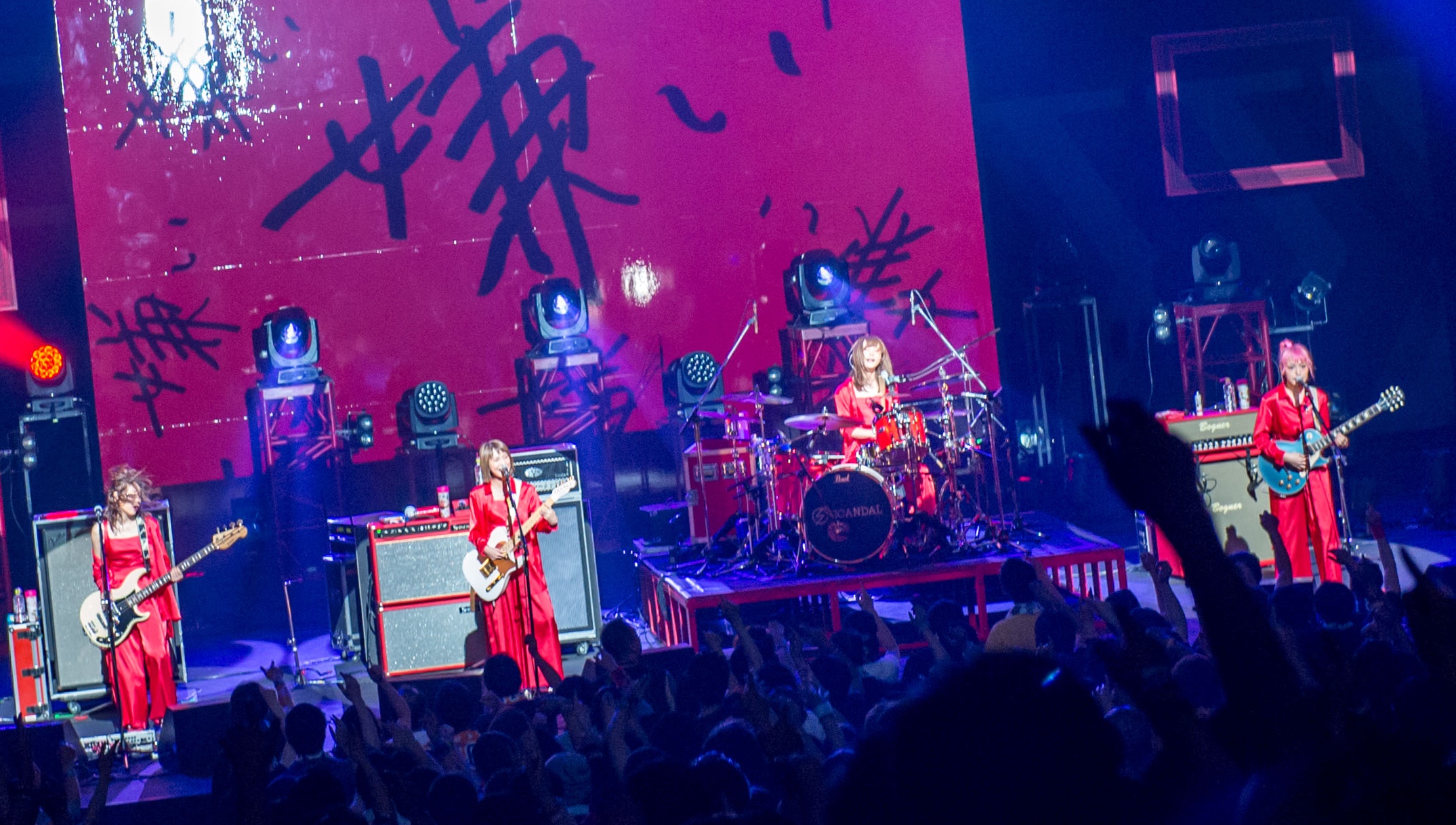 It was March of 2008 when the annual SXSW Japan Nite Tour hit Cambridge, MA's now-defunct T.T. The Bear's, with a lineup that featured such artists as Ketchup mania, detroit7, and The Emeralds. Opening the show that night was a new band whose members were still in high school, embarking on their first-ever tour before even trekking across their own native country. That band was known as SCANDAL, and for an up-and-coming group, they had one of the most solid rock sounds blaring out of the club that St. Patrick's Day evening.

Flash forward ten years later! SCANDAL is now one of the biggest rock bands in Japan, with every single one of their albums debuting in their country's Oricon and Billboard Top Five spots. Their latest album HONEY is their most ambitious one yet, as it gave each member the opportunity to express their own personalities throughout the melodies they created. Next month, the four-piece band will be embarking on their first North American tour in three years, hopefully once again playing to various sold-out crowds at every stop. Via the powers of the internet, I had the opportunity to chat with SCANDAL before they plot their course on over to the U.S.A.! 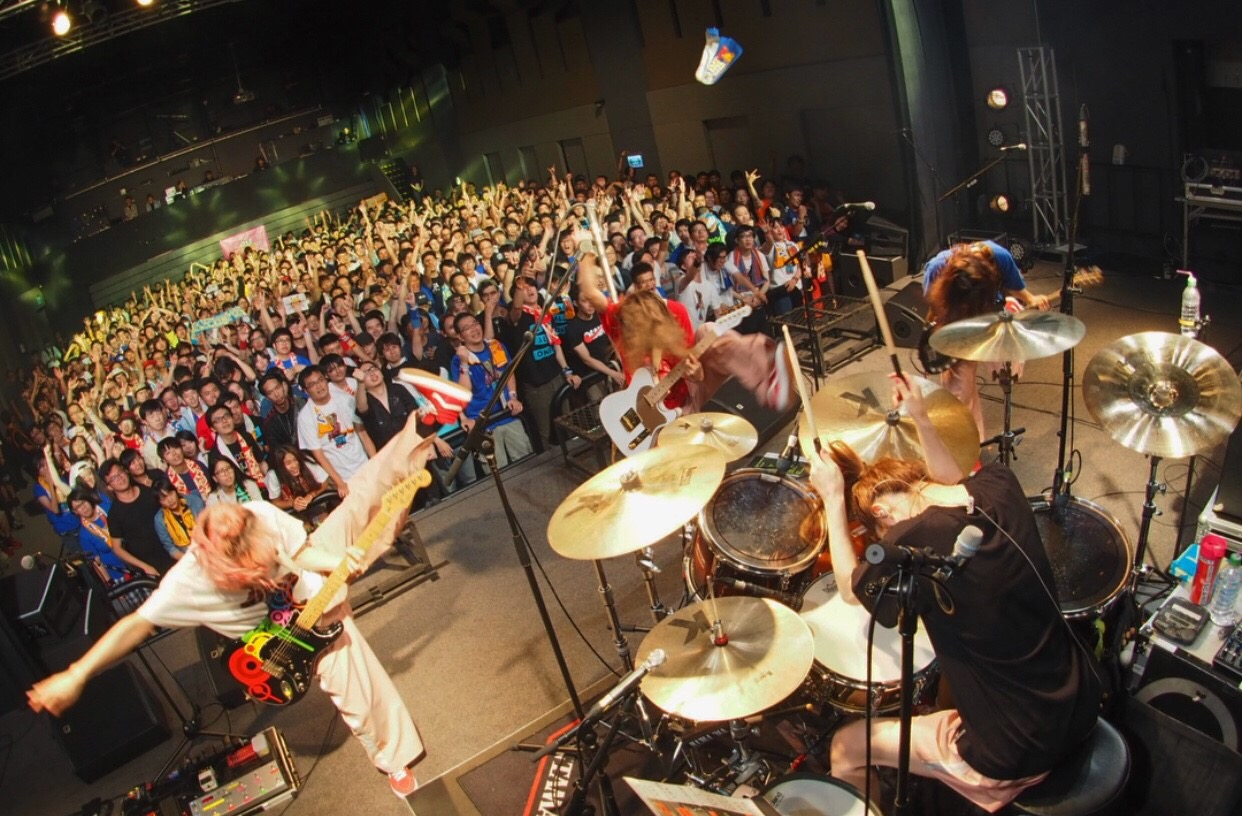 It's been ten years since you first made your US debut via SXSW's Japan Nite Tour. How did that first experience prepare you for the many world tours you'd embark on since that time?

RINA SUZUKI (drummer/keyboardist/guitarist/vocalist): Ten years ago, when we made our first US debut at SXSW’s Japan Nite Tour, we were still indie and hadn’t even toured within Japan yet! It was our first time going overseas in general, with no knowledge of the tour process, and not knowing a lick of English…so it was really fun but scary at the same time. We really had nothing to lose so we did everything we could at that time! While we toured the US we would discuss our next live show and how we wanted to deliver a visually and sonically fun but simple, at the same time fancy, performance…I think this served as the base for SCANDAL’s live performance style. Even today, there’s a small amount of all-female bands around the world and we feel like it’s our role to go and perform at these places where people are waiting to see all-female bands live. This thought is what keeps us performing overseas!

It's amazing to think that you are the only all-girl rock band to have all their albums chart on Japan's Oricon Top Five. What kind of affect does this achievement place on you both personally & professionally?

RINA: It makes me sooo happy! Having tons of people seek our music is the energy we use to create more music and continue to tour!

MAMI SASAZAKI (lead guitarist/vocalist): I’m purely happy! I expect or hope that our band’s style and genre is getting popular! In Japan, even with the many boy bands and girl bands who are ranking on the Oricon Chart, I’m so honored that our all-female band is able to rank! 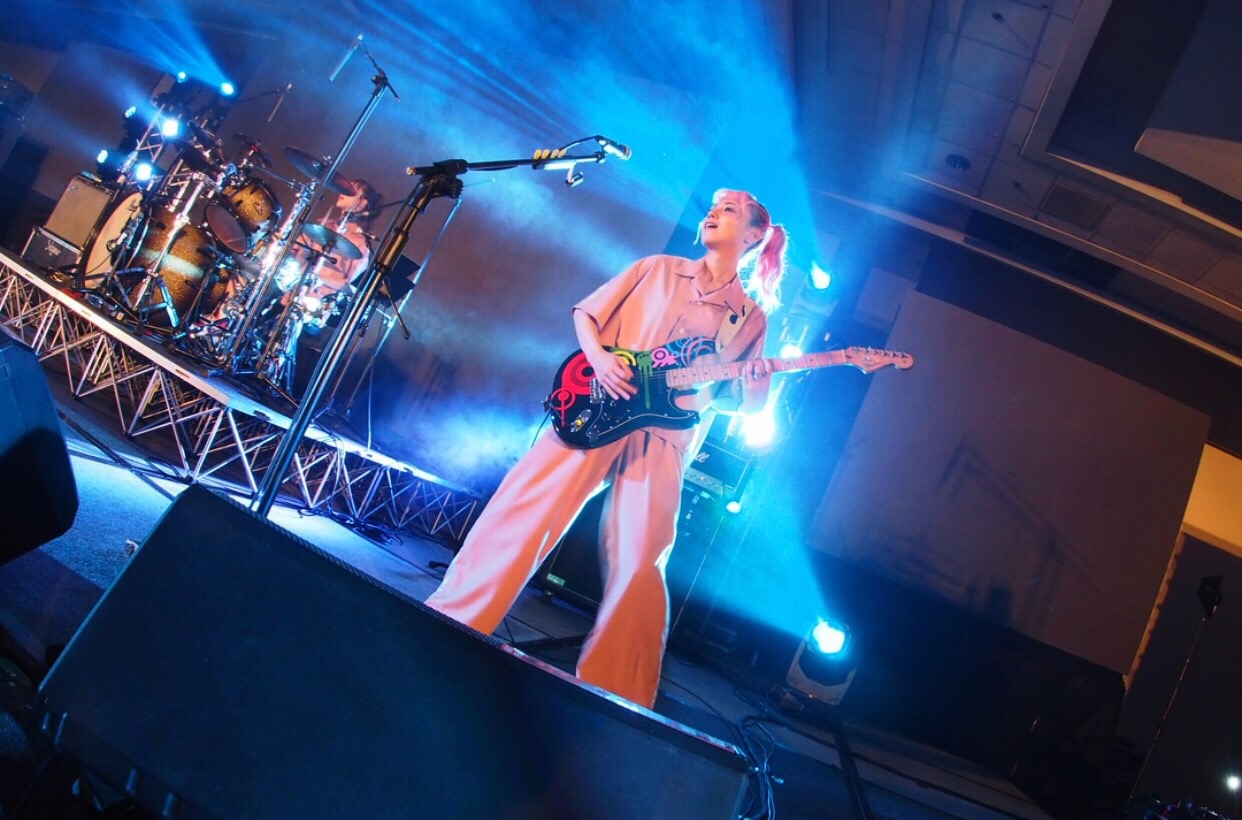 On your latest album HONEY, you took the initiative of having both the perception of SCANDAL as a band and each band member's personal tastes as an influence on the songwriting. What kind of challenges did that bring forth when creating the album?

MAMI: “Platform Syndrome” and “OVER” were the two songs that took the longest to complete. We wanted to create a song with a Rock feel to represent our album’s core, so we held out until the very last minute…these two songs are the result of that. Because of these two songs, I feel like the album came together…I also think these two songs embodied the exact vision we had in our heads…I am very satisfied with the turnout of this album.

With each band member having their own likes & preferences, was there a song or two that was crafted that you thought was different from past SCANDAL sounds?

RINA: “Take Me Out” - I had a lot of input with the lyrics so I think it turned out to be a very unique song. I can confidently perform this song at festivals and events…it’s definitely 1 of those songs that I want everyone to listen to.

TOMOMI OGAWA (bassist/vocalist): “Mado wo Aketara” - We included the sounds of the rose piano, which we’ve never done before!

HARUNA ONO (lead vocalist/rhythm guitarist): “Koisuru Universe” - Up until this point, we made more gender neutral, unisex songs, but we wanted to try doing a song that could only be delivered from an all-female band. We pursued cool melodies and lyrics surrounding the thought that, “because I’m a woman, only I can deliver this”.

MAMI: With this album, songs like “Short Short” and “Mado wo Aketera” are similar to the taste of music that we normally listen to and as a band, we hadn’t really expressed ourselves deeply so this was also a challenge. 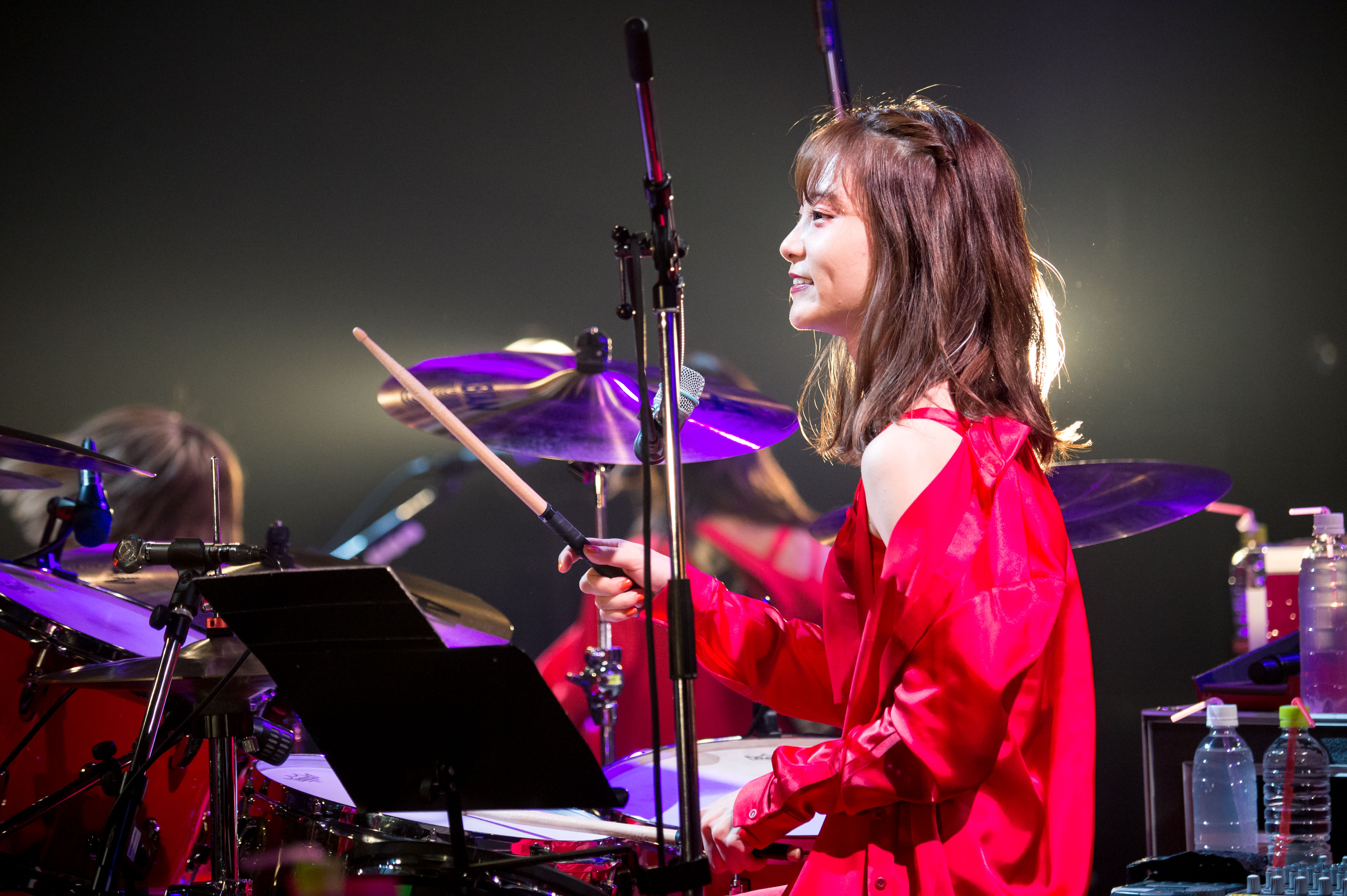 In the past, you've contributed songs to such anime as Bleach and Fullmetal Alchemist: Brotherhood. What are your favorite anime currently airing in Japan?

RINA: We don’t watch anime on the regular but myself and many of the members have seen Your Name and Mirai.

This will be SCANDAL's first US tour in three years. What are you looking forward to experiencing this time around?

HARUNA: It’s been ten years since we performed in NY and San Francisco, but there’s also places that we’ve never performed at like Dallas…I’m excited to see what kind of fans will be waiting for us there. On our travel days, it would be nice to get to do some sightseeing!

When touring all over the world, what stands out the most for you regarding the different types of audiences you play in front of?

TOMOMI: I think no matter where you perform, the crowd’s expresses themselves differently. Like people watching sports, some countries are super enthusiastic, some crowds observe slowly like someone at a bar counter, and some countries get pumped up over pop songs more than rock songs…each one is different in their own way which makes it interesting! 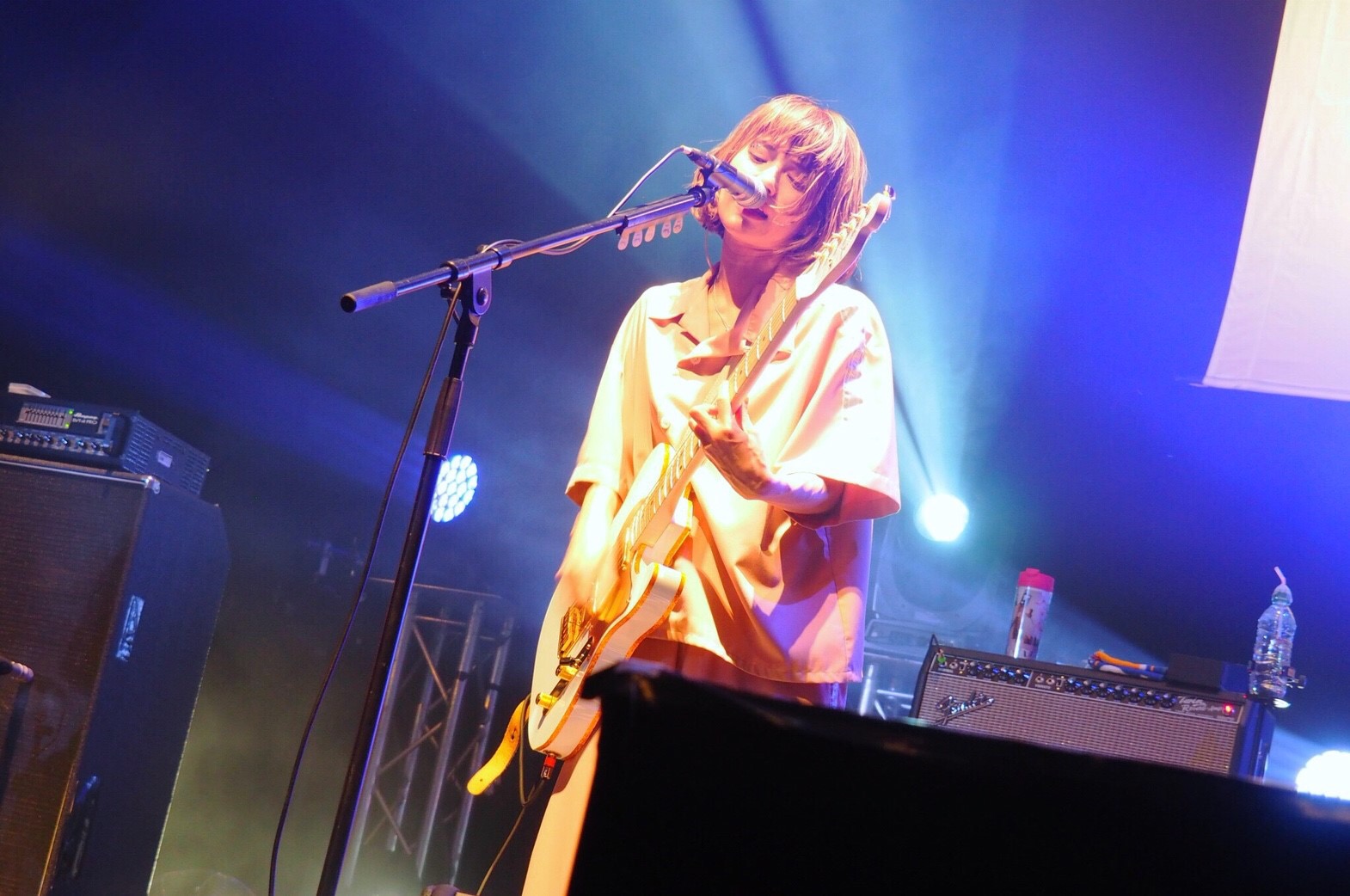 What's been the most memorable moment you've had touring in America?

HARUNA: I can never forget touring around the US before our actual debut! We had never done a live performance before and boom! We were thrust into performing overseas- ha! But it was really fun and because of this experience, I feel like we are able to live on, on stage, even today.

After this North American tour, what's next for SCANDAL?

HARUNA: We’ll be touring in Japan starting November! In Japan, we titled our tour, “Thanksgiving” and will be hitting five cities nationwide! It’s been ten years since our debut so even in Japan, we hope to bring you a very “Thanksgiving”-like performance! 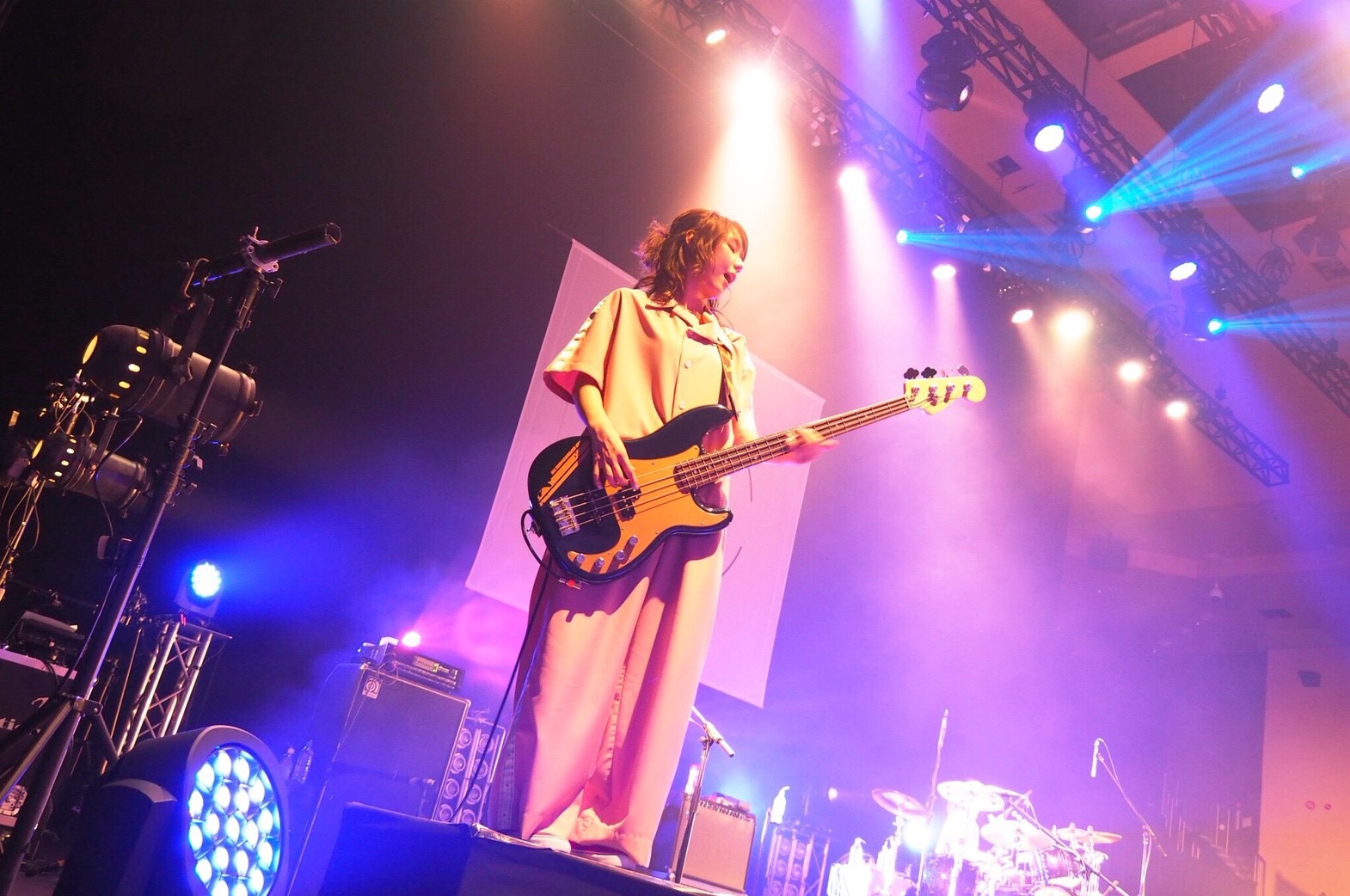 Lastly, if you found yourself stuck on a deserted island, which three albums would you like to have with you to help keep you sane until your imminent rescue, and why?

TOMOMI: That’s a hard one…the type of music I want to listen to depends on that moment…I would bring one smartphone and put on Spotify so that I can listen to the music that suits my mood at any given moment!