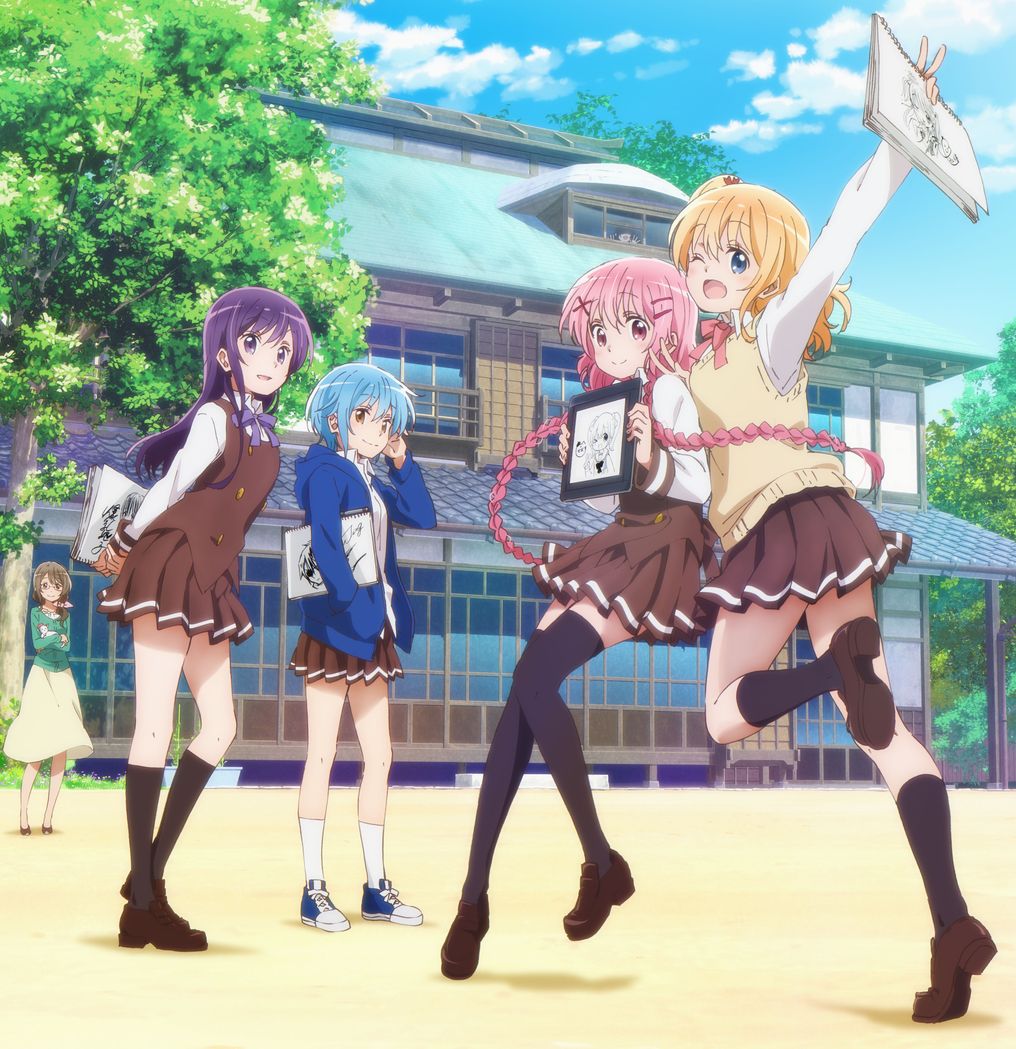 There have been a plethora of manga and anime focused on the creation of anime and manga. Titles like Dojin Work, Bakuman, and Monthly Girls' Nozaki-kun have done it with its share of laughs and surprisingly realistic focus on how the art form is legitimately made. So it's a no-brainier that the "cute girls doing cute things" genre would dive into these sorts of stories, with this season's Comic Girls bringing about levels of adorability with some insider knowledge on how to properly make a good manga. But does this show manage to keep its focus on the right parts of manga-creating, or is it all just fluff?

Based on the four-panel manga series by Kaori Hanzawa, Comic Girls places its focus on four manga creators; two already published, two in the process of making it into the big time. Newcomers Kaos (Hikaru Akao) and Koyume (Kaede Hondo) are striving to get their first series published, with the former having much trouble with storytelling and focusing on a good story. The ones who are already pros -- Ruki (Saori Ōnishi) and Tsubasa (Rie Takahashi) -- are attempting to balance their work life with their school one. Together, the four friends seek out each other's help, discovering new forms of inspiration, and sometimes do their best to have fun without having to think about putting their ink to the paper. 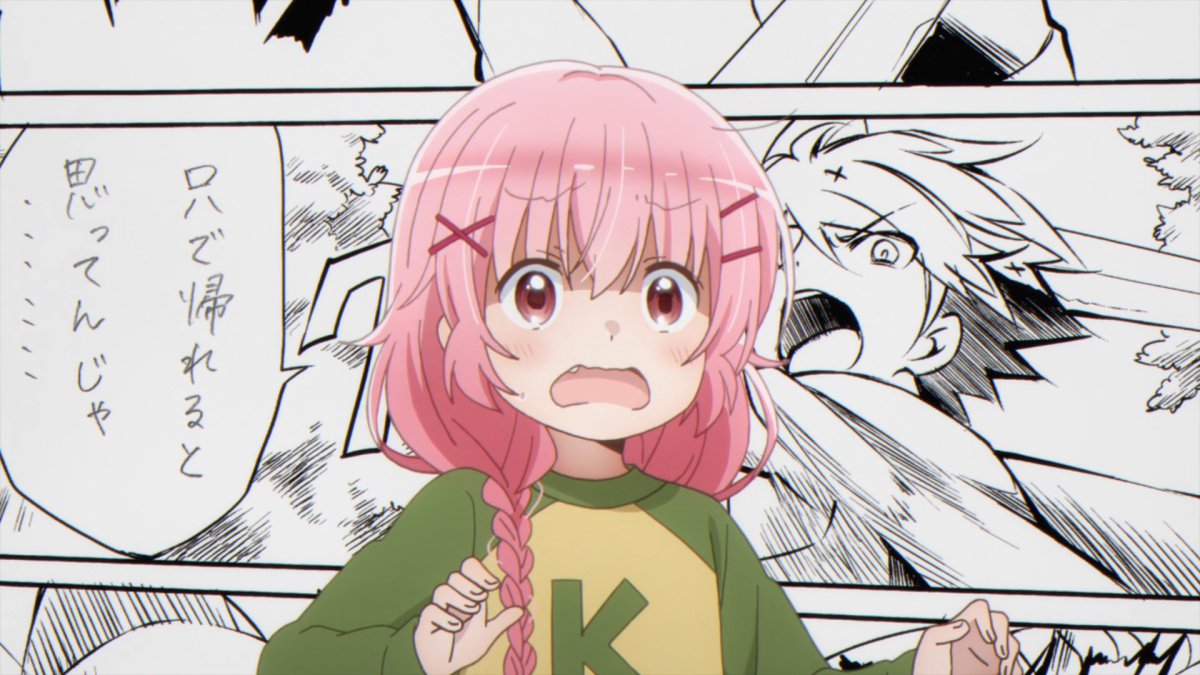 At first, Comic Girls does a great job with giving each character their own unique personalities. Kaos often has trouble being front-and-center with her ideas, forcing her to sometimes humorously refer to herself as just a secondary character in this world called life. Koyume, in a similar vein to the titular character in Monthly Girls' Nozaki-kun, is great at writing romance, but has zero actual knowledge on the dating scene. (She also has problems drawing male characters.) Ruki dreams of drawing cute comics for readers of all ages, which makes it all the more funnier that she's stuck writing erotic manga. Lastly, Tsubasa's tomboyish mannerisms make it so she can easily dive into her manga's main character and figure out what should happen next.

Earlier episodes focus primarily on these girls and how they attempt to craft their works. Sometimes it can result in big laughs, such as Kaos attempting to write a gourmet manga or having the girls help Ruki with her latest chapter while attempting to shield their eyes from its perverted nature. It's in these moments when the series shines, as it builds on the can-do attitudes of the creators and pushes them towards becoming better at their craft. There's even a great moment where Ruki does a meet-and-greet, and -- despite her not really wanting to write the kind of series she's currently doing -- is touched when she sees how much her fans appreciate the craft that she does. 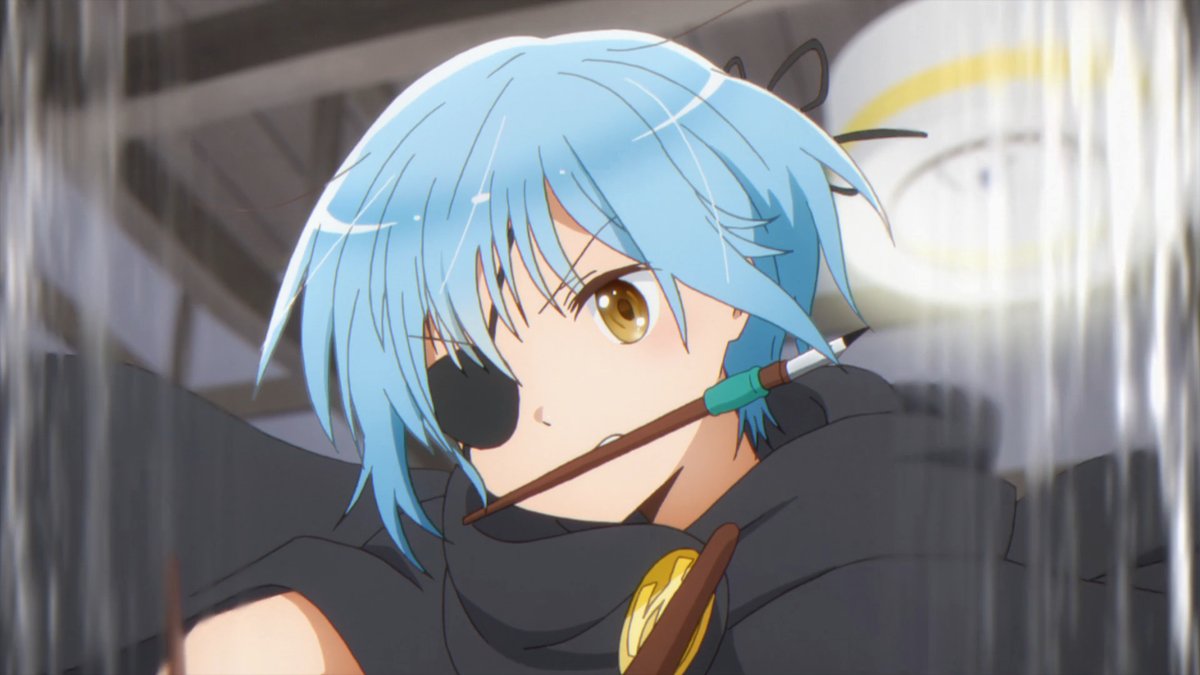 Unfortunately, the big laughs and heavy-hitting moments don't come as often as the cheap chuckles and faux tension do. The biggest problem with Comic Girls is that it lacks the same amount of focus some of these characters struggle to have. It wants to do a beach episode, a date episode, and all the other usual tropes you've come to expect from an anime comedy, but it does nothing to progress the story. Even the addition of horror manga artist Suzu (Reina Ueda) lacks any real substance to the story that this anime wants to tell, despite her presence often being pretty humorous.

As a "cute girls doing cute things" sort of show, it doesn't quite hit the same mark as Laid-Back Camp, New Game!, or K-On! What makes those other anime work is that you feel like you're legit learning something about the subject on-hand, giving way to some fun moments with a dash of knowledge. Comic Girls doesn't quite do that, instead focusing on Kaos's many failures, Tsubasa's un-girly mannerisms, and many other misadventures that do nothing to push the story along. While you do see these girls grow into becoming better artists, you don't literally see it happen in front of your eyes like the other shows often do. You could honestly fit any sort of job or goal into the show's plot, and it would result in the exact same program. 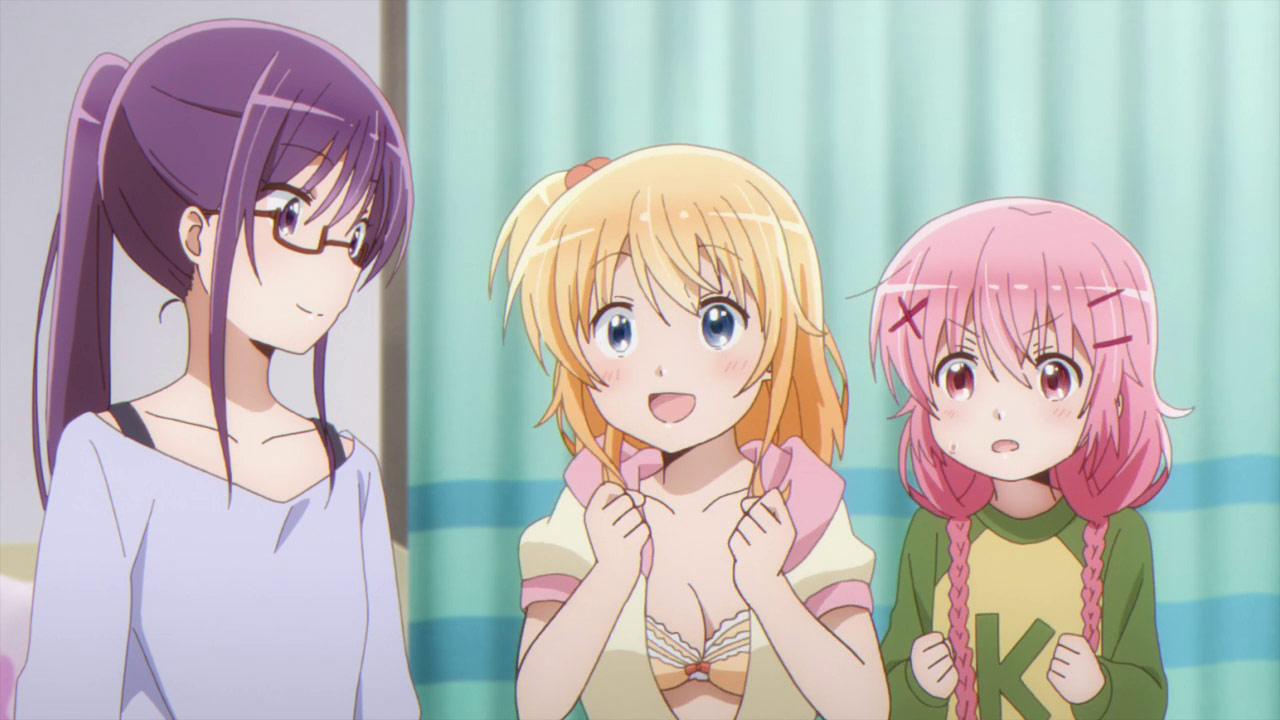 To me, that's a bit of a shame, as there's a lot of talent being placed behind the portrayal of the characters. Akao's Kaos gets the cutesy mannerisms down right, emphasizing her literal stature and her shy mannerisms. Takahashi pulls of a great boyish charm to Tsubasa, shining brightly when she finds herself deep into her character's work habits. Hondo's Koyume has a somewhat dorky vibe to her personality, which is brought out more so when paired up with Tsubasa for random shenanigans. Ōnishi surprisingly shines the brightest out of the main four, with her Ruki demonstrating an earnest tone with a strong heart all throughout the series' progression.

Animation studio Nexus (Chivalry of a Failed Knight) captures the cuteness of Comic Girls well enough, especially when Kaos finds herself flustered. As for the series' backgrounds and settings, they're not quite anything to write home about, but they do look fairly decent when you see the buildings and room close up. Where the animation actually does shine is when the girls are in manga-creating mode, as it captures the swift stroke of a pen or the hard blot of an ink brush with wonderful accuracy. It might skimp on other parts of the animation, but it knows when to not half-ass the thing the show is supposed to be about. 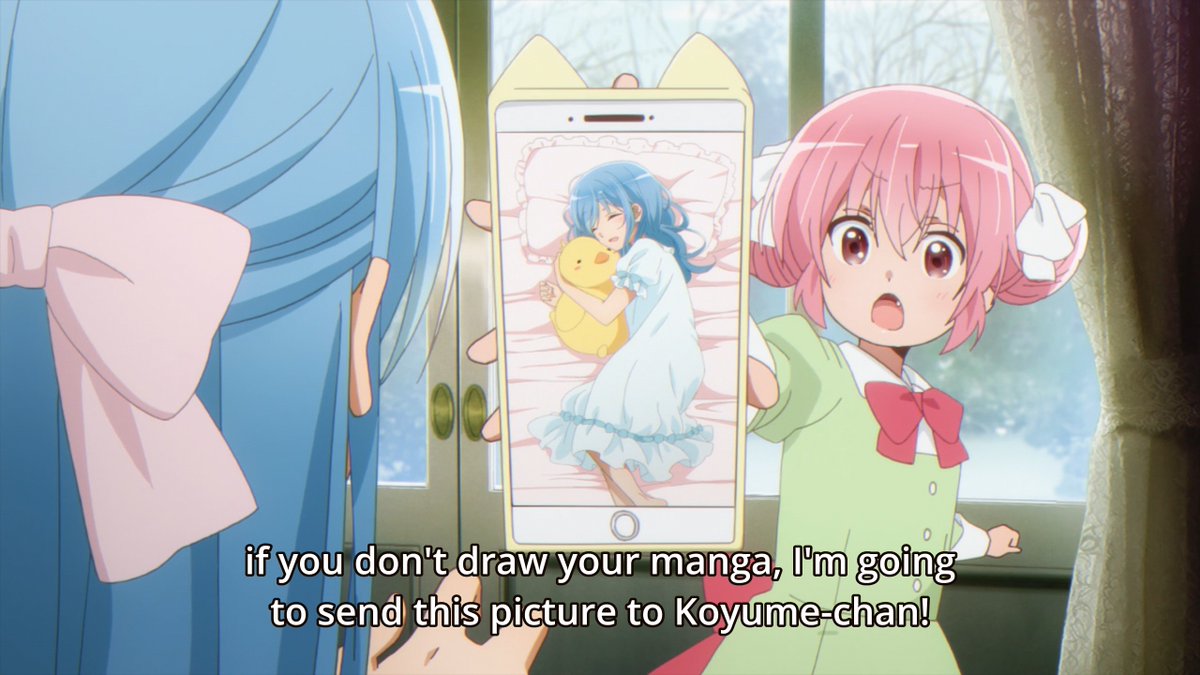 Kenichiro Suehiro (How to Keep a Mummy, Girls' Last Tour) does a decent job with the anime's soundtrack, although it can be a bit minimal at times. Fortunately, it often fits the comedic tone of the series, giving way to an extra push towards a big laugh when the show greatly needs it. The main voice cast takes the helm for both the opening and ending theme songs, with the OP "Memories" giving way to a cheery track that is surprisingly one of this season's more, well, memorable anisongs. Sadly, the end theme "Namida wa Misenai" is pretty run-of-the-mill when it comes to slow, poppy melodies, being the complete opposite in tone to the show's opening.

Comic Girls is an okay anime comedy, but it can't quite reach the same level of creativity that other series have done in the past. Sure, the characters are memorable, and one cannot help but succumb to the cuteness this anime has to offer. Sadly, it doesn't quite offer anything remotely fantastic that its predecessors were able to showcase. In the end, Comic Girls is a fun series to binge during a dull rainy day, but it will be easily forgotten about when the sun rises again.

Comic Girls can be viewed on Crunchyroll & VRV. Episodes 1-11 were observed for this review. Promotional consideration provided by Crunchyroll.