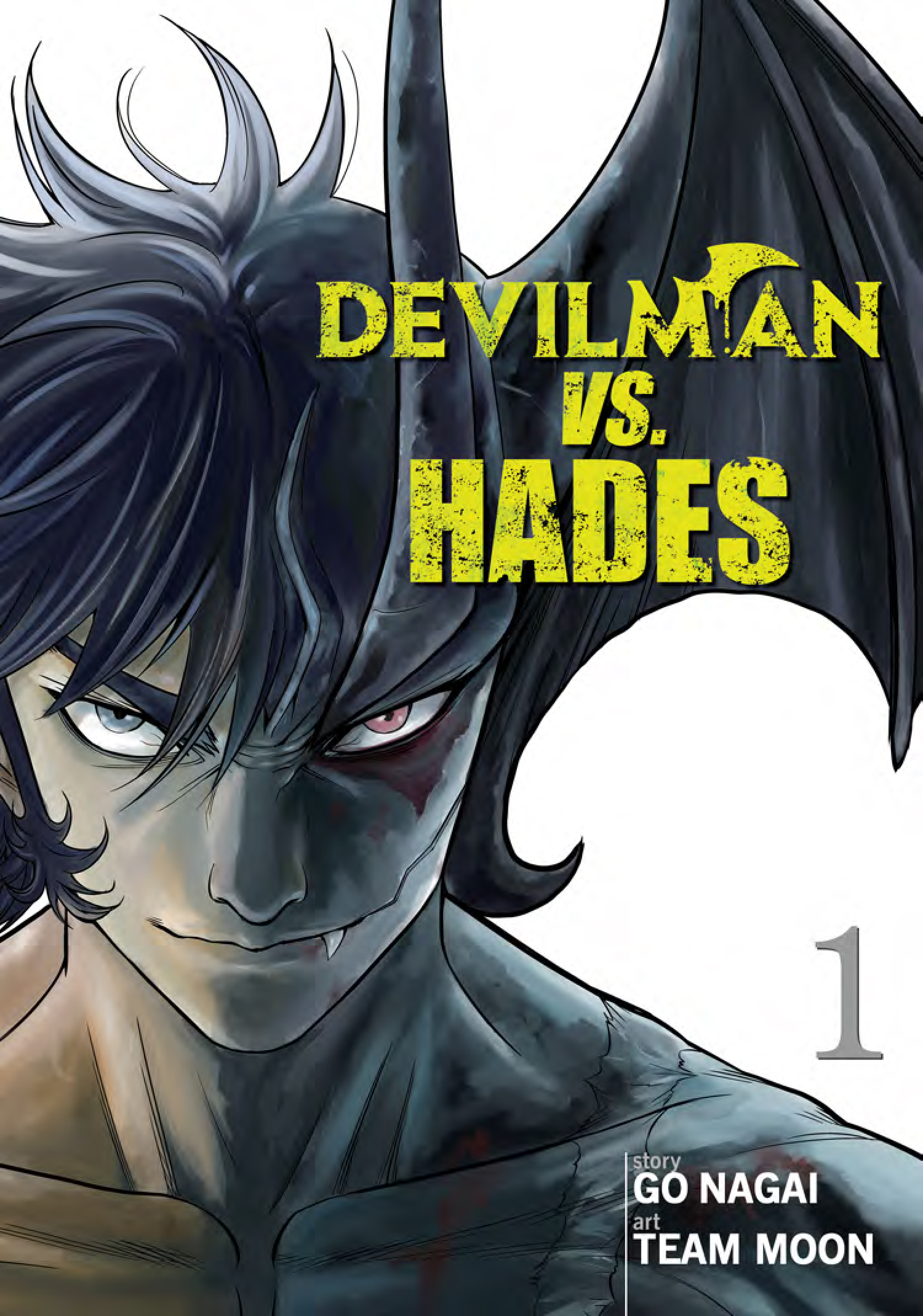 When it comes to manga universes, only three creators have been able to intertwine their characters into various different stories: Osamu Tezuka, CLAMP, and Go Nagai, the latter of whom is having an astounding resurgence this year. The likes of Cutie Honey, Devilman, Mazinger Z, and many of his other heroes & villains have met face-to-face with much success. So what happens when the most violent of his heroes goes head-on against the most mightiest of foes? The answer is revealed quite vividly in Devilman Vs. Hades, a collaborative work between Nagai and the artists at Team Moon.

Taking place after the events of the original Devilman (and perhaps before Violence Jack came into existence), the crossover has the carrier of Amon unleashing the souls that were taken after the end of humanity. With his wife Persephone dead from Devilman's actions, Mazinger Z villain Hades swears vengeance, as the hero goes back to Earth to seek out his beloved Miki. As the souls reenter the main plain with most of their memory still gone, the revived humans walk around town eating flesh, destroying one another, and practically getting their freak on with everything that moves. It is when enemies from Akira's past return and some strange new allies appear when Devilman sees that the battle is only just beginning.

Anyone familiar with the Devilman lore (especially those who watched his new Netflix series) knows that when a fight is about to break out, that someone will be left in a meat pile. This is very apparent right from the get-go in Devilman Vs. Hades, with Akira's alter-ego making a bloody hell out of the literal Hell. Demons, monsters, and members of Hades's army are no match for the fury and rage that Devilman is filled with. And all of it is captured in some of the most graphically detailed gore, many of which is akin to the classic Devilman OVA series from a couple decades back.

Even with the return of the likes of Sirene and Jinmen in Hades's corner, it's quickly apparent that Devilman doesn't care who or what's in his way. All he wants is his Miki back, something that constantly serves as a reminder of what Devilman's best quality is: his heart. What started as a tale of wanton violence and fan-service transformed itself into a cautionary story about humanity and how people can be more demonic than the literal demons they cast aside. While it may take awhile for Devilman Vs. Hades to remind its readers of that, it is hinted at close to the end of the first volume that this will be once again a path that readers will be treading.

Being a Go Nagai series, it also helps to have a bit of humor sprinkled on top of the gore and philosophy. This time, the comic relief role falls upon a talking crow that claims he was once Japan's most powerful sorcerer. Oddly enough, the banter he tosses at Akira is very reminiscent of Norm MacDonald's Pigeon character in Mike Tyson's Mysteries, as he spews possibly dumb lies and misogynistic viewpoints his way. Things get a bit more complicated when a cute (and very naked) cat girl appears, and while we may not have a good grasp as of yet as to who or what she truly is, she may very well play a vital role in this story's long run. (Or she'll just be used for fan-service, though I am certain most readers will be fine with either scenario.)

Devilman Vs. Hades continues Akira's story on the right foot, thanks in part to some badass visuals, great character callbacks, and a story whose heart is slowly emerging from the blackened shadows. While those who have yet to read or watch a Devilman series in the past may feel lost, those who are returning to this blood-soaked world will no doubt find a lot to love about this continuation. With 2018 being the year Go Nagai gets his due credit, this manga is serving up to be a wonderful reminder of why many creators in Japan look to him as a big inspiration to their works. Fingers crossed that this story ends with the ultimate battle occurring between the iconic ally and the ultimate baddie of Nagai's massive universe...