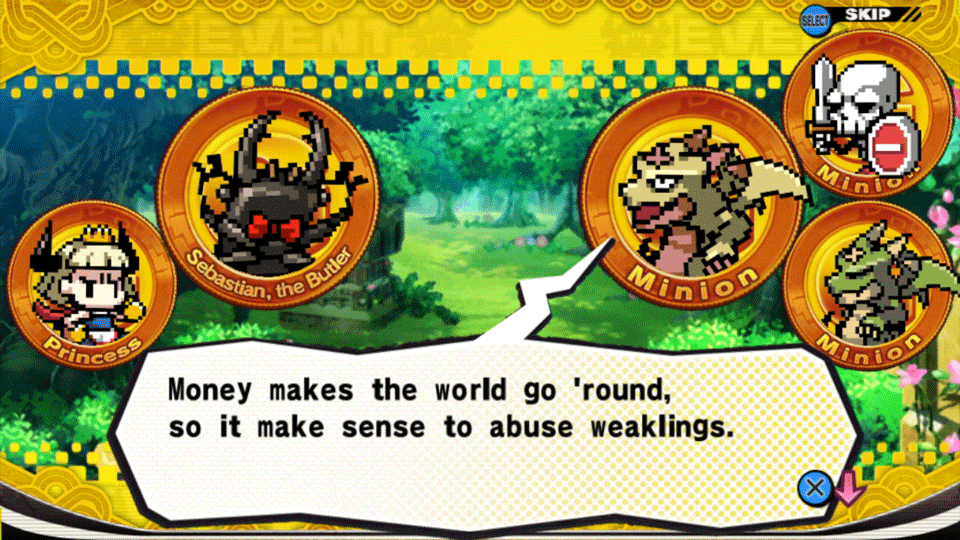 While there isn't much in the way of worthwhile beat em' up games on either the Nintendo Switch or from NIS America's stable, Penny Punching Princess helps to solve this problem. Of course, this is Nippon Ichi Software, so there has to be their own little twist on it. The concept is this: “What if we add using and collecting money as the central mechanic?” And thus, a bizarre but fun little game was born.

The basic plot of Penny Punching Princess is about how the age of heroes has pretty fallen to the way of capitalism, where pretty much anyone can become a hero and save the world, as long as they have enough money. But that's not really what the Princess wants. She wants to get revenge on those who threw her father into debt with their schemes, and left her broken emotionally (which, incidentally, is the main reason she doesn't have voice acting). Her aides do the speaking for her most of the time, although even they aren't voice-acted. It's almost as if the game was too cheap to spend money on a budget to include voice acting, a probable intentional joke, but it's a shame all the same. The writing is pretty amusing, and it really could have benefited from more than just having the narrator. 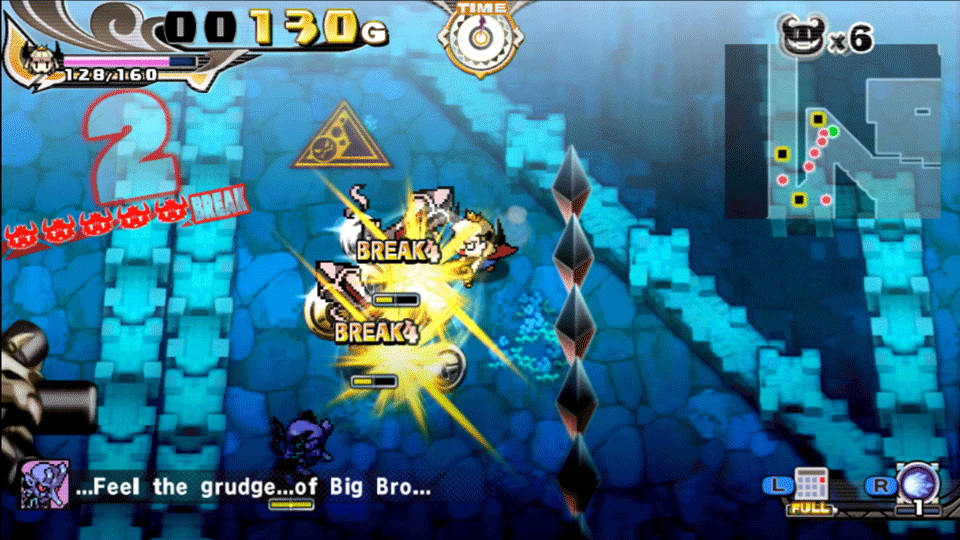 Its gameplay is a simple variety, but with the twist of most of it's actions being done by the collection and use of money. You can beat an enemy, then shake them down for extra cash, and once you get enough, you can bribe them to join you, and get use of their skills for a limited number of uses. Traps and also be bribed to not kill you and can be trigger against enemies. Healing circles can also recover lost health. Some levels will get harder, so it's a bit of a shame that circles are pretty much the only method of healing, since you can't buy consumable items to use during a level. The Princess does have the ability to use armor skills like projectiles, or slap them away to make some distance between her and the enemies as well.

Using the calculator to bribe enemies and objects while in real time can be a bit difficult, so thankfully the game let's you do a quick bribe. It seems this was done for those that aren't playing with touch screen controls for those playing on a PlayStation TV or in docked mode on the Switch, since I image you are supposed to use the touch screens on the Vita or Switch to perform inputs in this mode. You can also make new armor back at your base, which influence things like your attack power and defense, but you can also make your base grow more capital by recruiting citizens and collecting or making Zenikami statues. 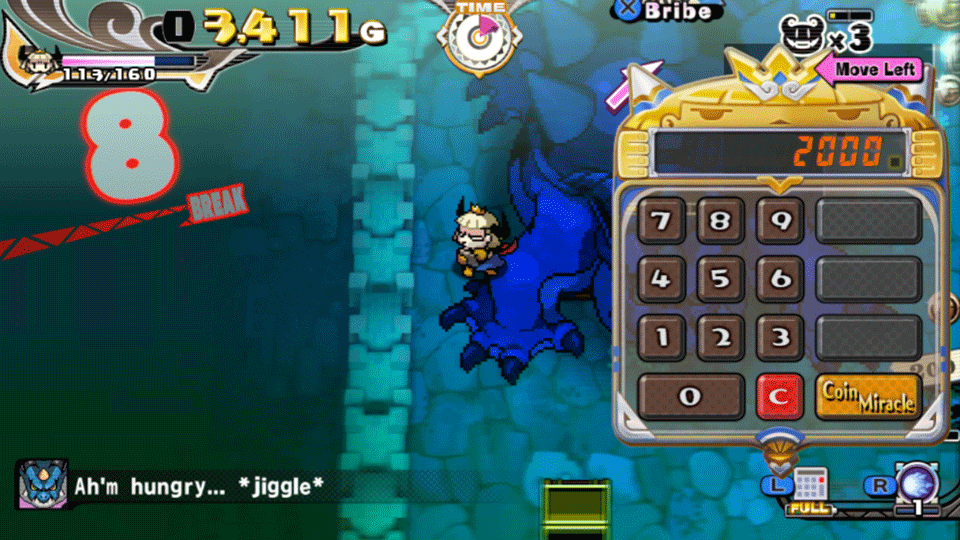 Penny Punching Princess can get a bit repetitive, but the game is short enough that it doesn't wear out its welcome too much. It's definitely a game that's better approached just by playing a quick session here and there, knocking out a level per session. However, if you want a quirky beat em' up, Penny Punching Princess is one to check out, if you don't mind it's current asking price of $40 USD.

The Good: The humor in the game is amusing.
The Bad: The voice acting is pretty much limited to just the narrator.
The Ugly: It's hard to recover health in some situations since you can't buy items to take into a level to heal you.

SUMMARY: Penny Punching Princess is a simple top down beat em' up with a fun little quirk.