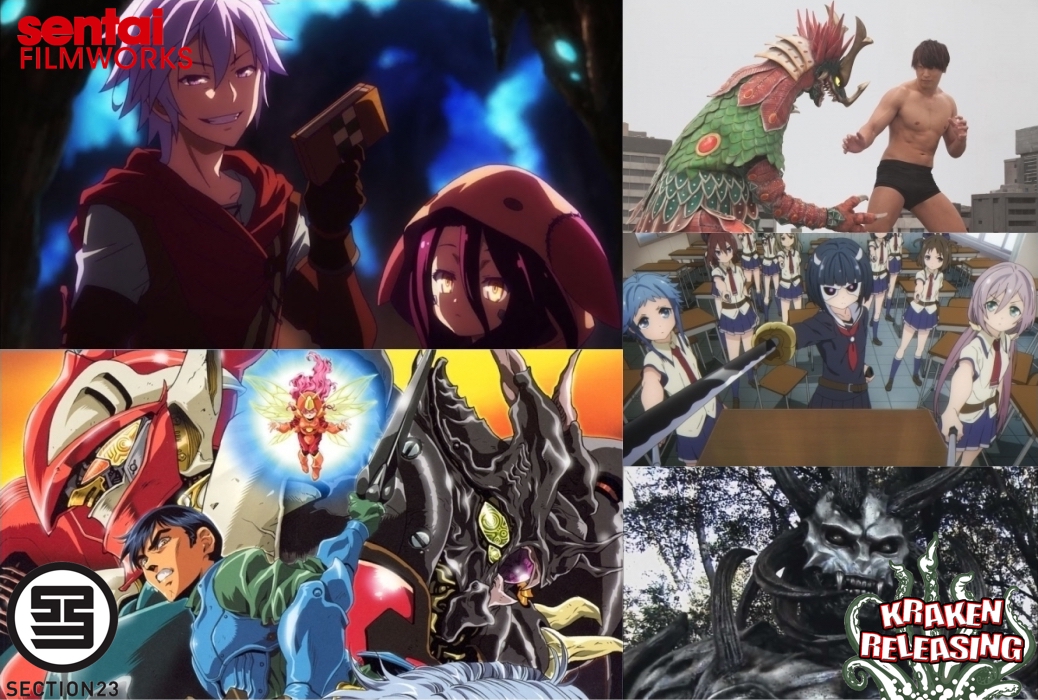 The month of August delivers on hot weather, but in the case of Section23 Films, a plethora of anime, Japanese dramas, and even a live-action film plan to hit our shores like the mightiest of waves. 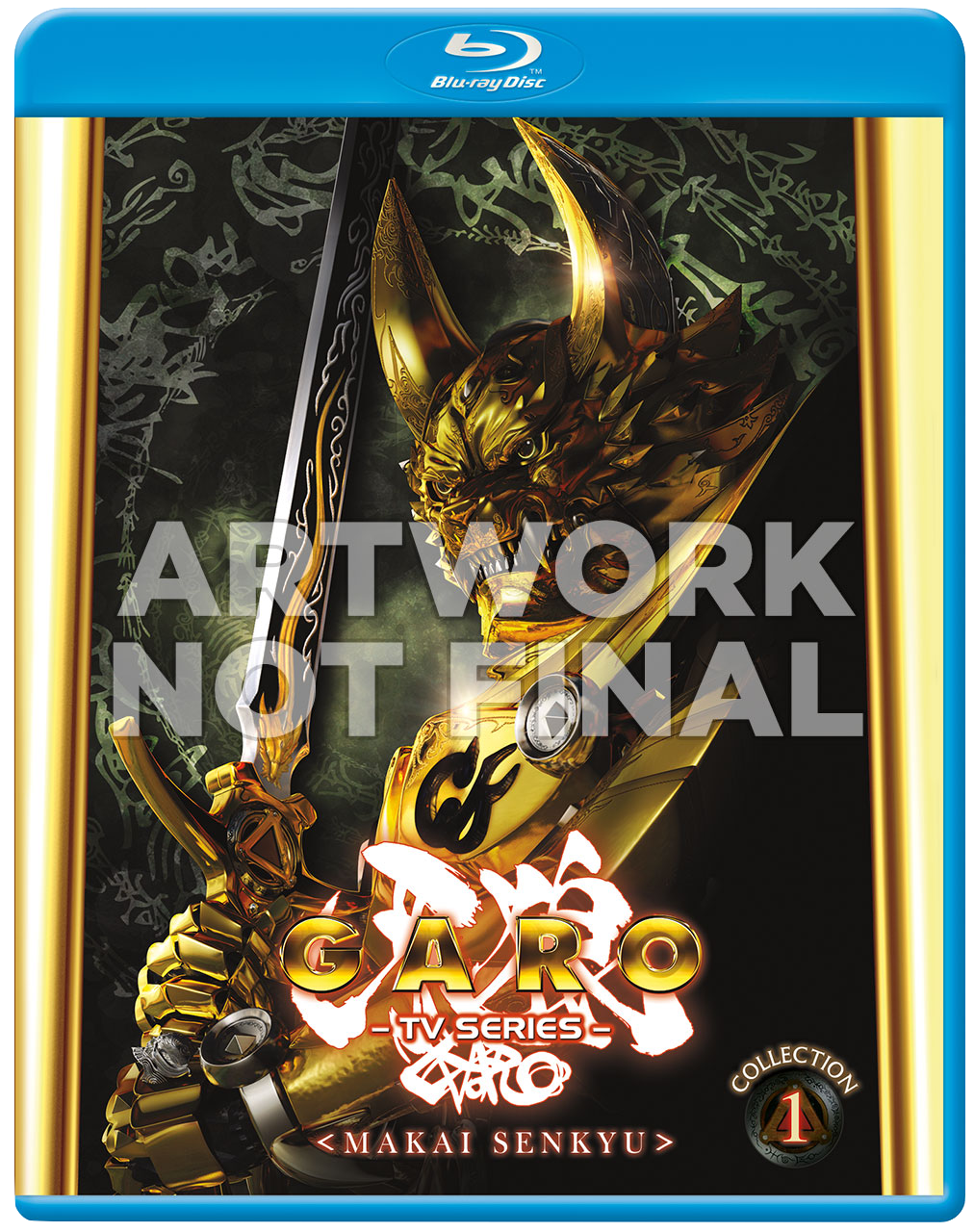 Golden hero Garo kicks off the releases on August 7th with the release of GARO: Season 2's first collection! Within the war against the Horrors, Mankind's best line of defense has always been the power of the Makai Knights. But now, the Knights are being mystically marked for death by a mysterious magic user in a crimson mask. Even Kouga, the bearer of the golden GARO wolf armor, is among the afflicted, with the accursed mark slowly draining his strength, and making the use of his armor incredibly painful. Who is the Red Mask and how has he (or she) been able to target the Knights so effectively? All signs point to a betrayal from within their own ranks and now it's up to Kouga, Rei, and the other Knights to track down their enemy while they're still strong enough to defeat him! 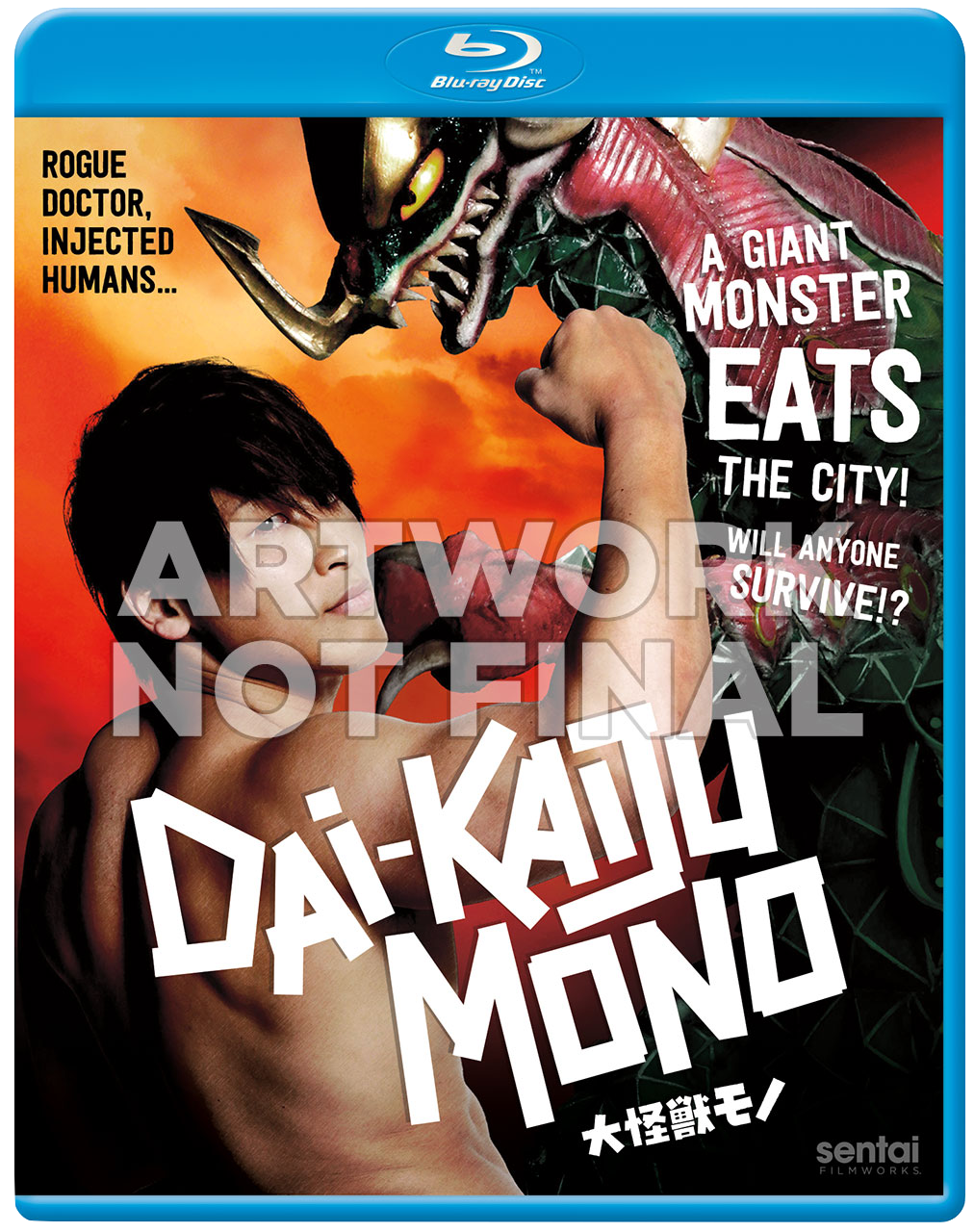 If you're in the mood to see something other than Godzilla defeating other colossal creatures, then the August 14th release of Dai-Kaiju Mono will definitely whet your appetite! Japan's weather has been acting strangely, with volcanoes that don't normally erupt becoming active, and -- on an unrelated note -- the giant monster Mono is running amuck and eating everything that moves! Fortunately, the disgraced Doctor Totaro Saigo may have the solution: a special formula that can be injected into a normal human, causing the injectee to grow into a colossus of Tokyo-skyscraper-stomping proportions! Placing the fate of the world on the good doctor's lab assistant Nitto, the new superhuman can then take on Mono...mano a Mono. With a plan every bit as insane as it sounds, the logic of the plot is stretched as thin as the fabric of Nitto's ultra-stretchy briefs when the ultimate human vs. monster wrestling match unfolds!

Somewhere in this new story is something about anime, and that finally arrives here with the August 21st release of Armed Girl’s Machiavellism! When Aichi Coexistence Academy converted from all-girls to a coed model, the female students were so concerned about male misbehavior that they armed themselves! Now the school is ruled by the lethally lovely Supreme Five Swords, and the boys are forced to dress and act like girls or suffer the razor sharp points of the Swords' anger. Unfortunately for the Swords, new transfer student Fudo Nomura thinks that sounds like a total drag, and he might just have the martial arts chops & wit needed to slash through the Swords' defenses and carve a new niche for himself in their feisty feminine hearts! It's a whole new kind of slice of life High School Drama, extra heavy on the "slice", as one Bad Boy meets some very Dicey Girls. Armed Girl’s Machiavellism will be also released as a limited edition, which contains a 240-page booklet, six art cards, and six different sticker sets. (Also included in both versions is the OVA, initially only available to those who bought the seventh manga volume in Japan.) 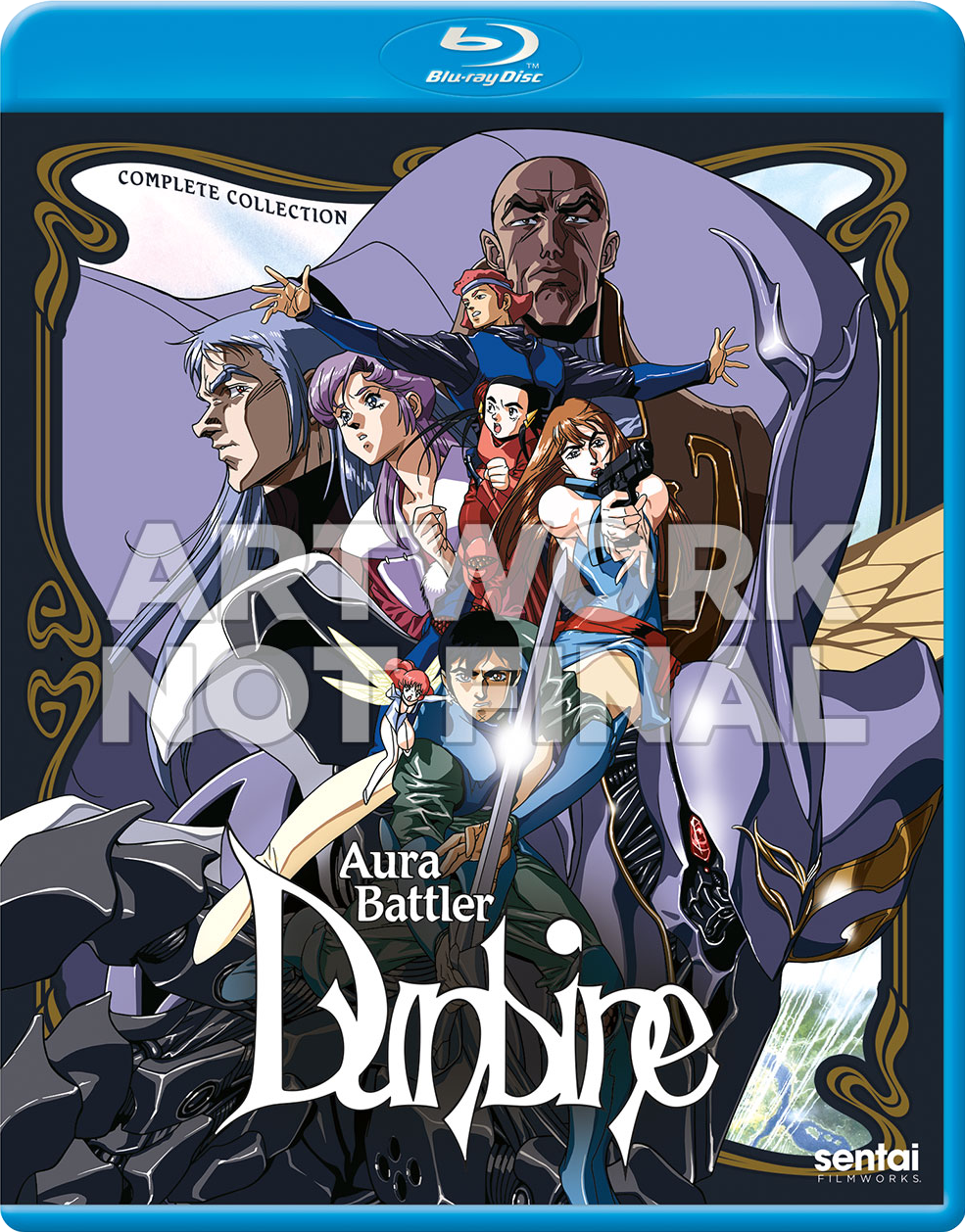 Back from the depths of licensing Hell, Auta Battler Dunbine returns to the American shores via a complete TV set on August 28th. Aspiring racer Sho Zama finds himself pulled into a strange realm in the middle of a motocross accident and into the mystical land of Bryston Well, where lords in castles settle disputes with unicorn-mounted cavalry and giant mecha called Aura Battlers! Initially forced to pilot a Battler for the powerful Lord Drake, Sho soon discovers that he's not the only person from the Earth drawn to Bryston Well, and worse, that he may be fighting for the wrong side. But once he's joined forces with Dallas-born Aura Pilot Marvel Frozen, tiny fairy Cham Huau and other resistance fighters, Sho's rapidly growing Aura powers may prove to be the deciding factor in a war unlike anything either world has ever experienced. 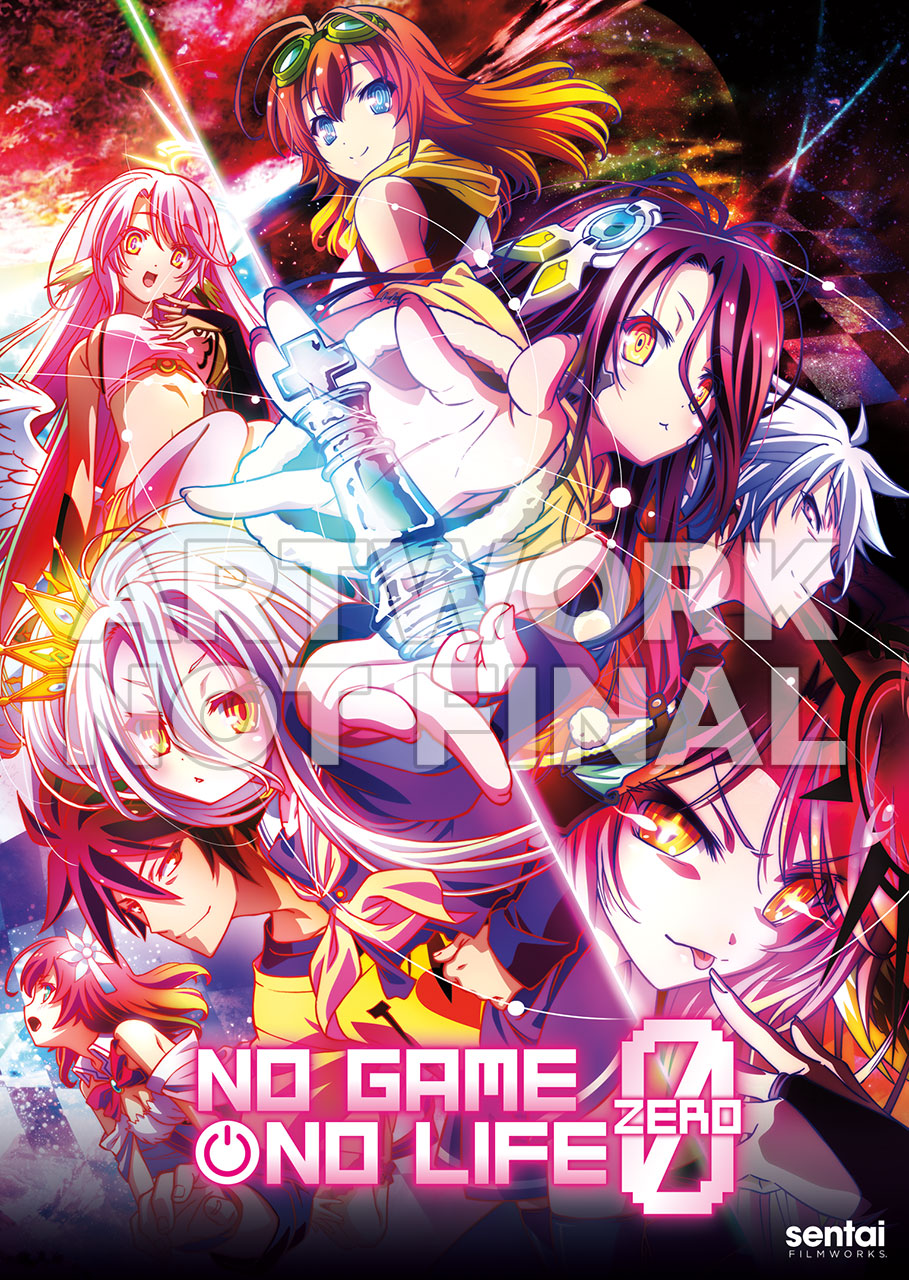 Of course, if you want something more modern that day, then we can't think of anything better than the release of No Game, No Life Zero. A prequel set thousands of years before Sora & Shiro first arrived in Disboard, multiple species are in the midst of fighting a desperate battle for survival. Constantly caught in the crossfire between the more powerful magical races, Humanity is on the edge of extinction, always on the retreat. But amidst the chaos and destruction, one young man, Riku, has a vision of a better future. And the first step towards achieving that goal comes in a dead city, where he encounters Schwi, an exiled female android who seeks to know one thing: what it is to have a human heart. Once the mysterious past of the world of Disboard is unveiled, the ultimate game begins...