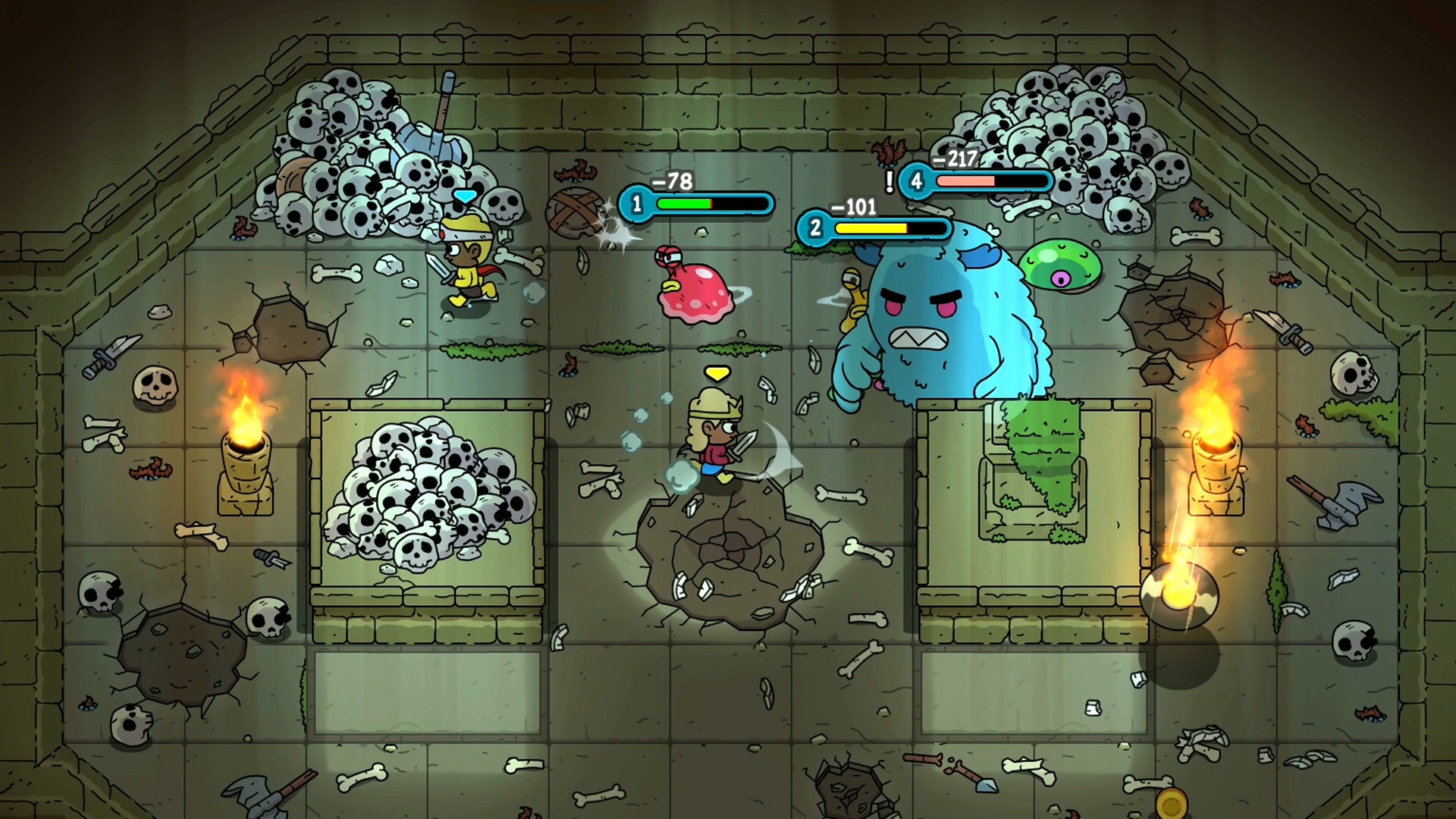 In the wake of Breath of the Wild, a lot of indie developers have still longed for a more traditional approach to the formula left behind by the older games in the series. As such, there have been a handful of games like Oceanhorn, the Wonder Boy III remake have been released to recapture that itch for an older Zelda game. And now in 2018, The Swords of Ditto has decided to take that formula, but put twists on it with some odd results. Choices like time limits in a game that the developer felt would be cool to also have procedural generation leaves a game that, while still fun at it's core, is held back because of those choices.

The plot of The Swords of Ditto is very simple. You are the one of many in a long line of volunteer heroes called the Swords of Ditto. Normally, you are just some random bloke, which in this game's case is quite literal. This is because the procedurally generated nature of the game's world goes even to your appearance. But regardless of what you end up looking like, you'll always get chosen to be the next Sword of Ditto, and gain the abilities of a hero. This lets you use a sword of course, but also 'toys', which are this games weaponry. 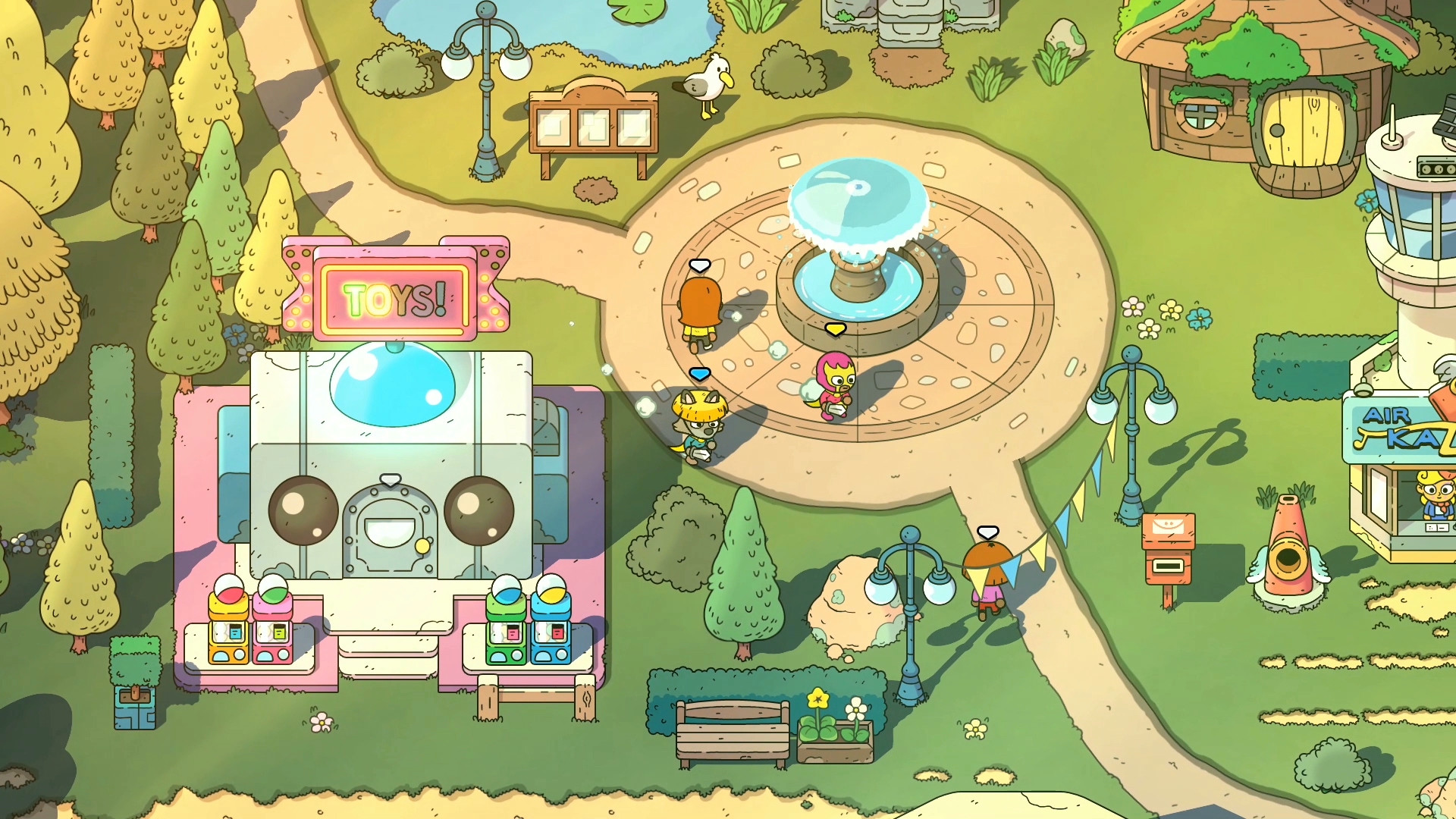 You are tasked with finding the evil Mormo and defeating them for good. You'll be unable to do anything of the sort until you've taken out all finding of Mormo's anchors, which supply them with power. Failing to get rid of all of them will make the fight with Mormo harder depending on how successful you are in finding the anchors. Not getting rid of all five of the anchors also means going to another cycle of the game and basically restarting from square one. The only thing that carries over is that you gain levels and they are permanent. Although there are a number of things that will still prove to be obstacles, and in my opinion, weaken the experience.

The first problem with The Swords of Ditto is the obvious time limit that hinders and discourages exploration to find items like stickers which offer various passive benefits, money, or toys. And the game also has sidequests to distract you as well. More of an annoyance is the level requirement for the dungeons, which may require grinding, as most enemies have somewhat low experience yields. They can also take you out easily if you aren't careful, and dying means basically starting all over again. At least with each successive defeat of Mormo, you'll gain more time to find all the dungeons. But even this is undercut by the procedural generation rendering remember a layout worthless. 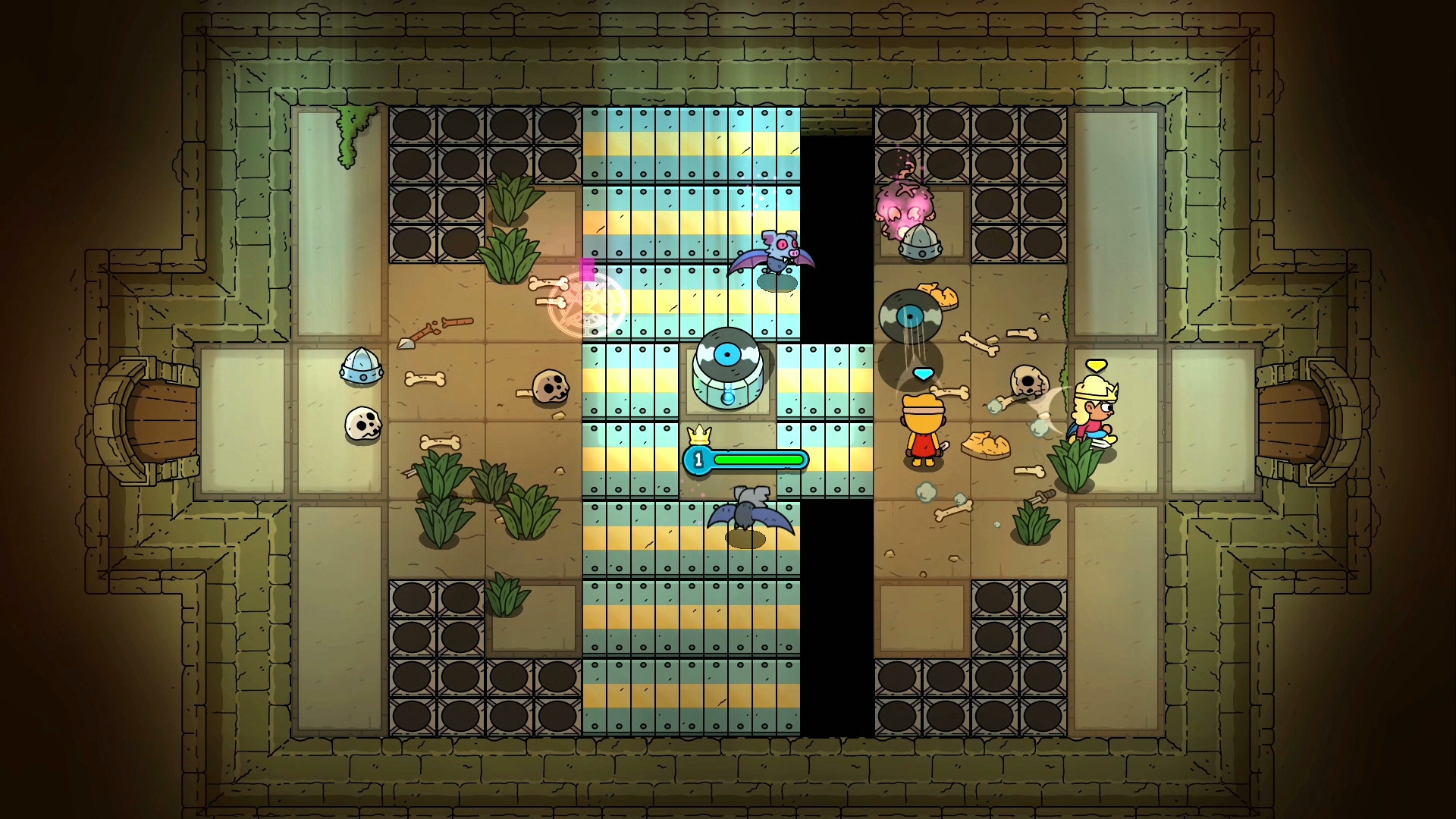 Its equipment draw is also random, which can make some runs harder than others for awhile. Some of the costs are too high for the stuff you can buy for as little money as you get in the game.  Another knock against the PC version at least is it's odd performance hiccups despite it's rather simple 2D visual style. The Swords of Ditto is fun, especially in co-op mode, but the impediments I've outlined only serve to limit its potential as a really good game. It's a shame too, since the writing is cute. However, if you are undaunted by such issues, the game is a serviceable somewhat traditional Zelda clone.

The Good: The game has some cute humor and interesting weaponry.
The Bad: The time limit is a constant annoyance that discourages exploration and grinding.
The Ugly: The repetition and randomly-generated nature of the game might get old after a while.

SUMMARY: The Swords of Ditto is a fun take on the Zelda formula, although it does have some issues keeping it from true greatness.