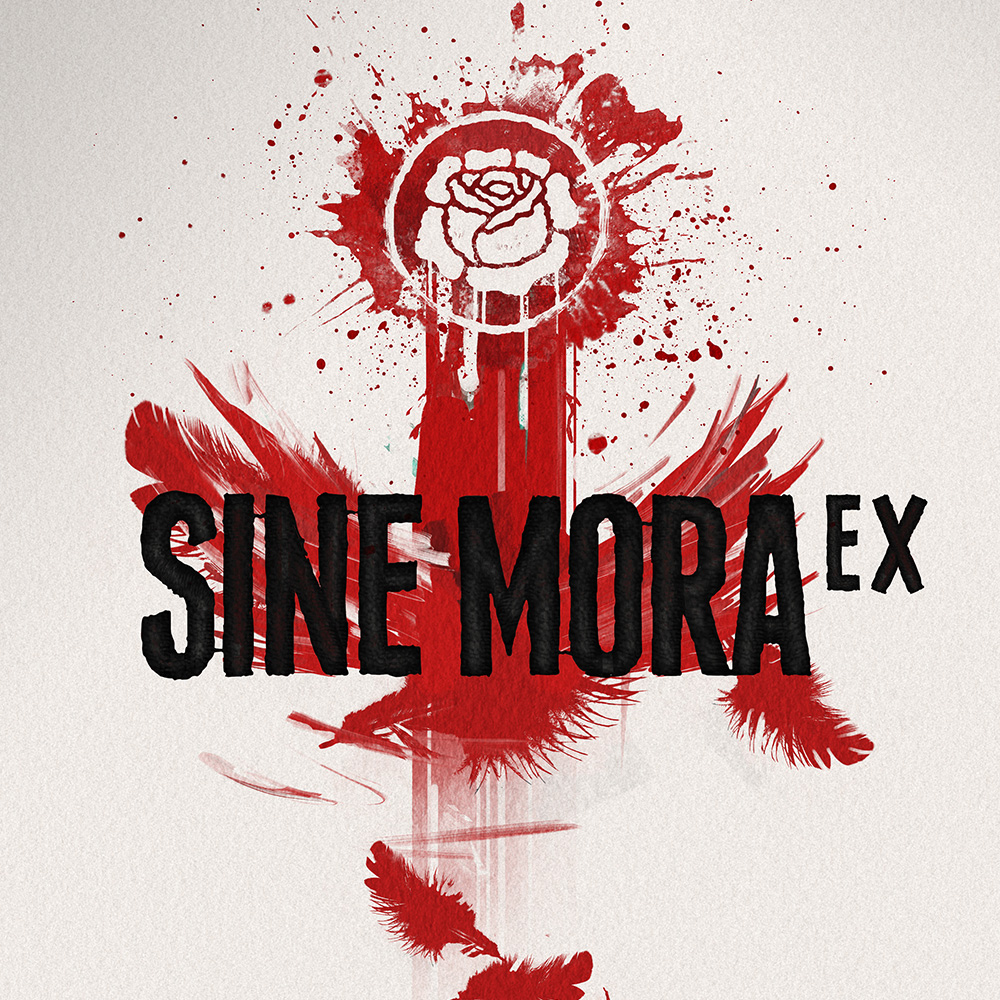 The bullet hell genre of video games can be an easy thing to mess up. Sometimes you'll have too much difficulty pushing players away from diving back in; other times it can be too easy and have its experience pass you by in a blink of an eye. Then there are those that focus on building a world that plays with your imagination, even as you are being blasted by enemies in all areas. This is what Grasshopper Manufacture's Sine Mora was able to accomplish back in 2013, thanks to its beautiful worlds and strong, challenging gameplay. Four years later, the Enkies return in an extended edition of the original game entitled Sine Mora EX.

Time is a major key player in Sine Mora EX, both in its story and its gameplay. The tale is told through two perspectives via two timelines: one focusing on a father swearing revenge against an empire who killed his son; the other on the last survivors of the Enkie race also bent on destroying the same enemies. Although the areas that take place in the game are the same in both timelines, the settings themselves are quite different due to the comparisons between what is and isn't there many years later. The Empire is also capable of manipulating time, which they can use to eliminate people from ever existing or or even accelerate an item to help reach its full potential. 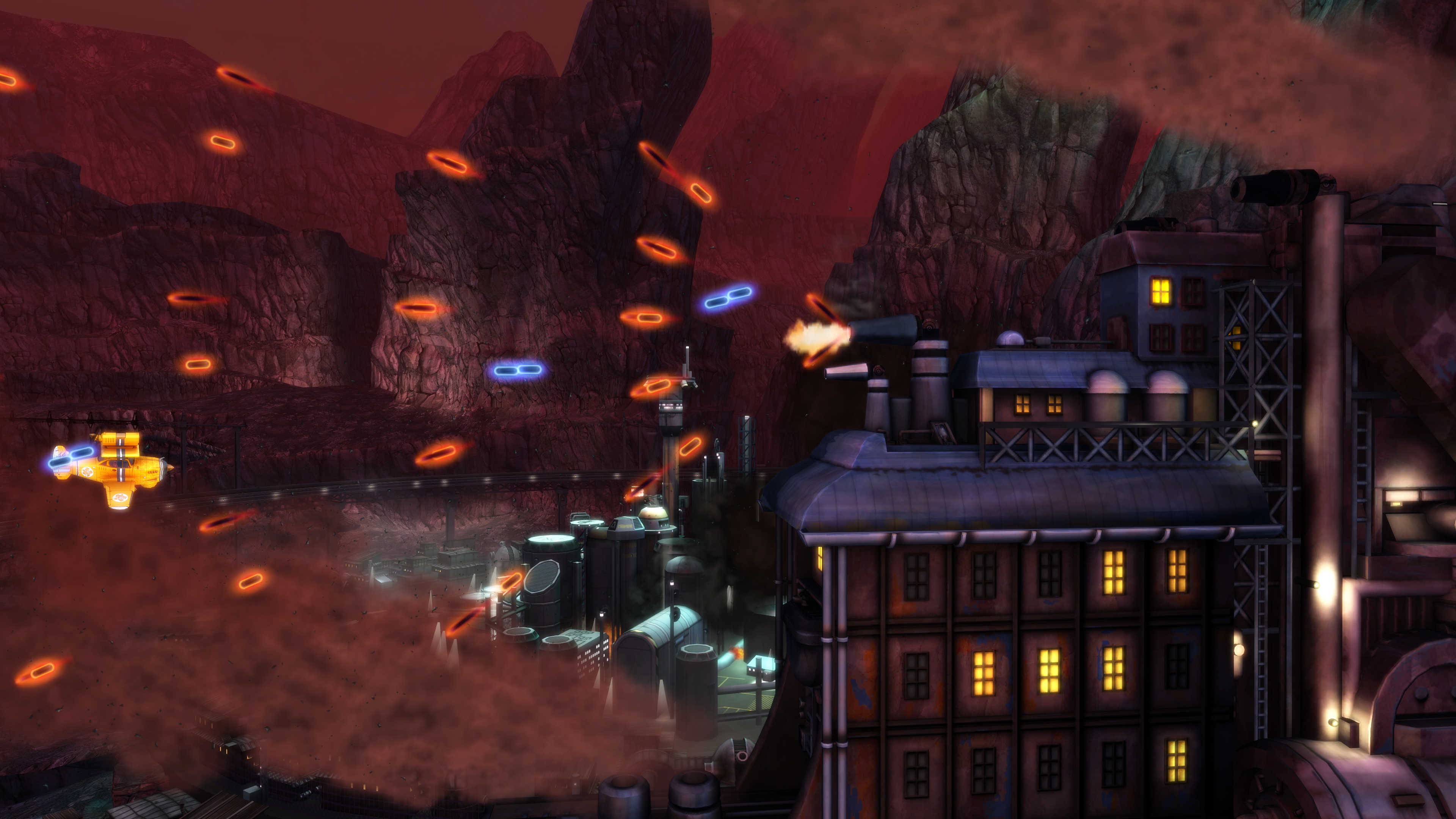 When it comes to the actual gameplay, time is your literal lifeline. As you face off against the Empire's arsenal, you'll be earning time via defeating enemies or losing precious time when receiving any damage. If the timer his zero, your ship blows up and you have to start from your last checkpoint. Lose too many turns, and it's Game Over for you.

As you take down enemies, you'll be given the chance to collect power orbs to up your firepower, add secondary weapon ammunition, or earn some sweet extra points for your final tally at the end. However the extra firepower could be easily lost if you find yourself hit with enemy fire, meaning you'll either have to be quick to avoid enemy fire or risk being hit and quickly grab your power-ups before they vanish off-screen. Believe me when I say that overcoming either one of these is equally challenging. 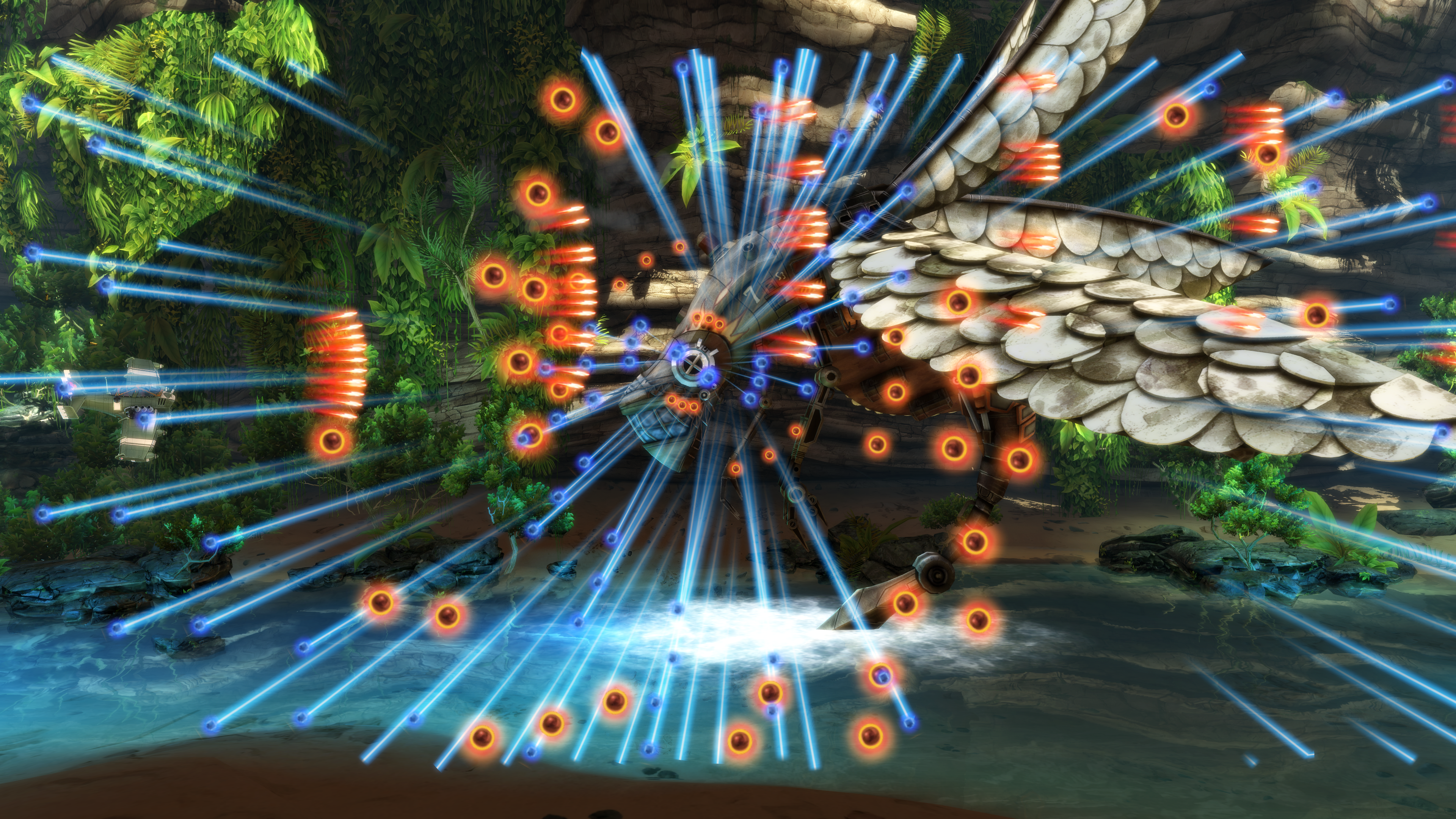 It should be noted that Sine Mora EX is one tough cookie to chew through. After all, a bullet hell game is meant to throw you right into the middle of a firefight, so it should come as no surprise. However this game's toughness shows itself early in the game, even on the most normal of settings. With that being said, don't take that as a sign for beginners to turn away from this game. After all, Grasshopper Manufacture is always about crafting big challenges and embracing every gamer out there to give what they've created a whirl.

Even with its hard difficulty, the game has a huge fun factor. Be it in its story mode or more linear arcade mode, the action that takes place onscreen is beaming with epic dogfights and explosive mechanics. Although it takes place in a 2.5D world, the planet of Seol is ever-so inviting to the eyes. From its gorgeous mountains and deep, frightening oceans to the diesel-punk style of the planes, boats, and trains, every tiny crevice is filled with such beautiful detail, even when playing the game in the Switch's portable mode. 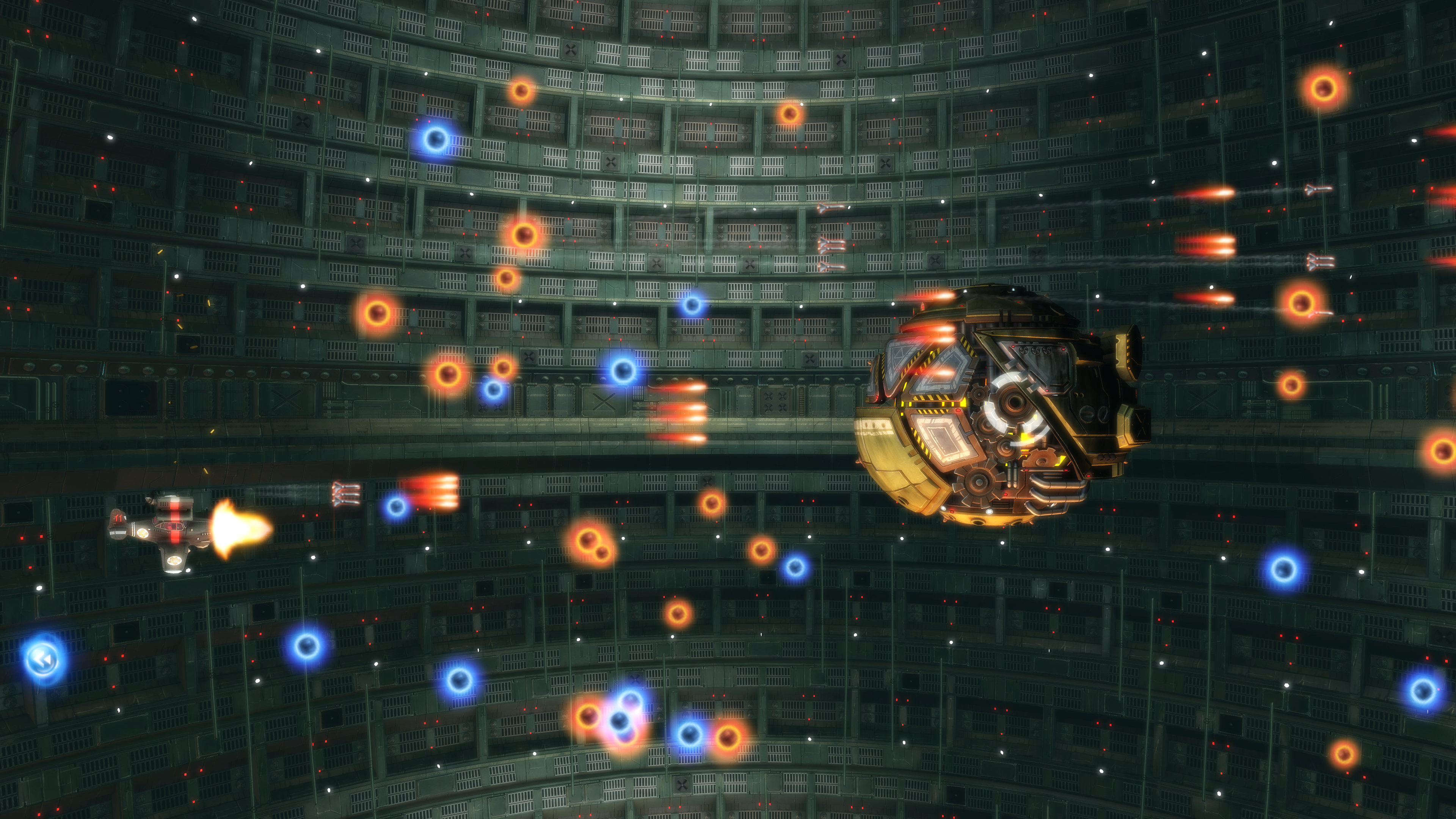 Sine More EX will take you about 2-3 hours to beat its story mode, depending on how your skills are when it comes to bullet hell games. Its replay value is more akin to the arcade mode, which lets you use all the characters you've unlocked in the main game. You can also practice boss battles and even compare your score with players all over the world, giving you more of a reason to dive back into the world of the Enkies each time.

Sine Mora EX brings the original game back with flying colors, thanks to an extended story and a plethora of extras. Fans of the bullet hell genre will want to revisit this anarchic adventure, be it to experience the tale all over or to best themselves on the worldwide scoreboard. Either way, Sine Mora EX proves itself to still be one of the finest examples of the shoot 'em up realm this decade.