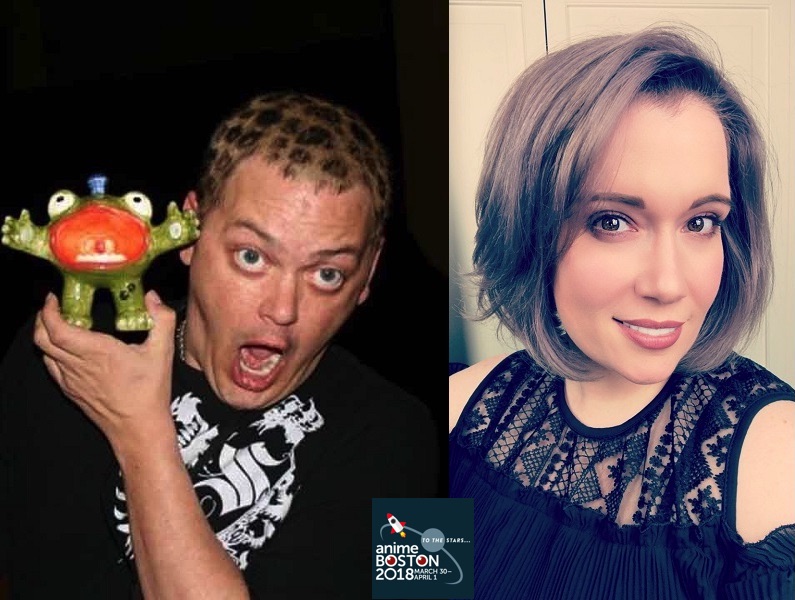 Two familiar faces to the Anime Boston realm have been announced as the first North American guests for 2018's event, with Greg Ayres and Monica Rial returning to the annual convention.

Greg Ayres has been blasting his way through 2017! He was thrilled to make his second appearance in Dragon Ball Super earlier this year as Frost, and was happy to be given the opportunity to reprise one of his favorite roles as Son Goku in 2017's Saiyuki Reload Blast. With over 290 credits to his name, he has managed to play a variety of characters that are almost as colorful as his hair. Some recent roles include Nagisa Haruki in Free and Free Eternal Summer, MonoKuma in Danganronpa, and Doug in Gangsta.

Monica Rial has been working in the anime industry for almost 20 years and she is currently listed as the most prolific anime voice actor in the USA. She has lent her voice to over 450 anime including: Assassination Classroom (Kayano), Black Butler (Mey Rin), Fullmetal Alchemist: Brotherhood (May Chang), Michiko & Hatchin (Michiko), My Hero Academia (Tsuyu), Panty and Stocking (Stocking), Saga of Tanya the Evil (Tanya), and many more. You can catch her as Bulma in Dragon Ball Z Kai and Dragon Ball Super currently on Toonami.

GAME REVIEW | Diving Into A Bullet...