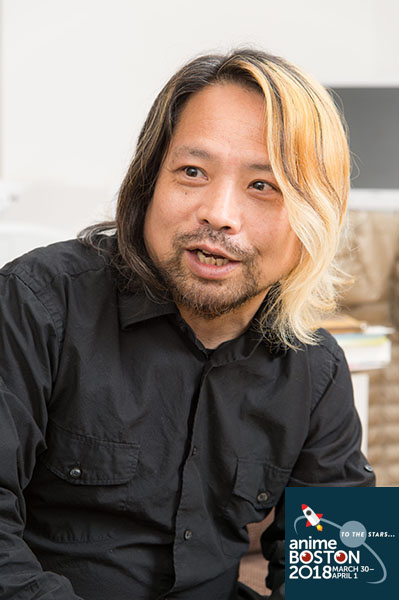 After a successful appearance last year, former Studio Ghibli staffer Hirokatsu Kihara will be making his return to Anime Boston this Spring.

In the 1980s, Kihara worked alongside Hayao Miyazaki on Castle in the Sky, My Neighbor Totoro, and Kiki's Delivery Service. Since that era, he has made a name for himself in the realm of horror writing. His works include Tales of Terror: Haunted Apartment, Tsukumo Kwaidan, Utsushiyo-kaidan, and Kinkiro. However, from time-to-time, the anime industry has called him back to assist in production on the likes of Outbreak Company, In Search of the Lost Future, and This Art Club Has a Problem! Recently you can hear him as the voice of the Minster of Defense in the anime film DC Super Heroes vs. Eagle Talon.

"I am so excited to be able to welcome Kihara-san back to Anime Boston," said Convention Chairman Victor Lee. "It's truly an honor to listen to someone with such intimate knowledge of Studio Ghibli speak!"

Third Round of Japanese Guests Ann...